Nepo Wins Candidates with Round to Spare; Nakamura in Clear Second

GM Ian Nepomniachtchi is one of only six players (as noted by @Eyal_P_Sto_) to win two Candidates cycles after Sunday’s draw with GM Richard Rapport in Madrid. The others? Four World Champions — Anand, Karpov, Smyslov, and Spassky — and Viktor Korchnoi, perhaps the greatest player never to wear the crown. 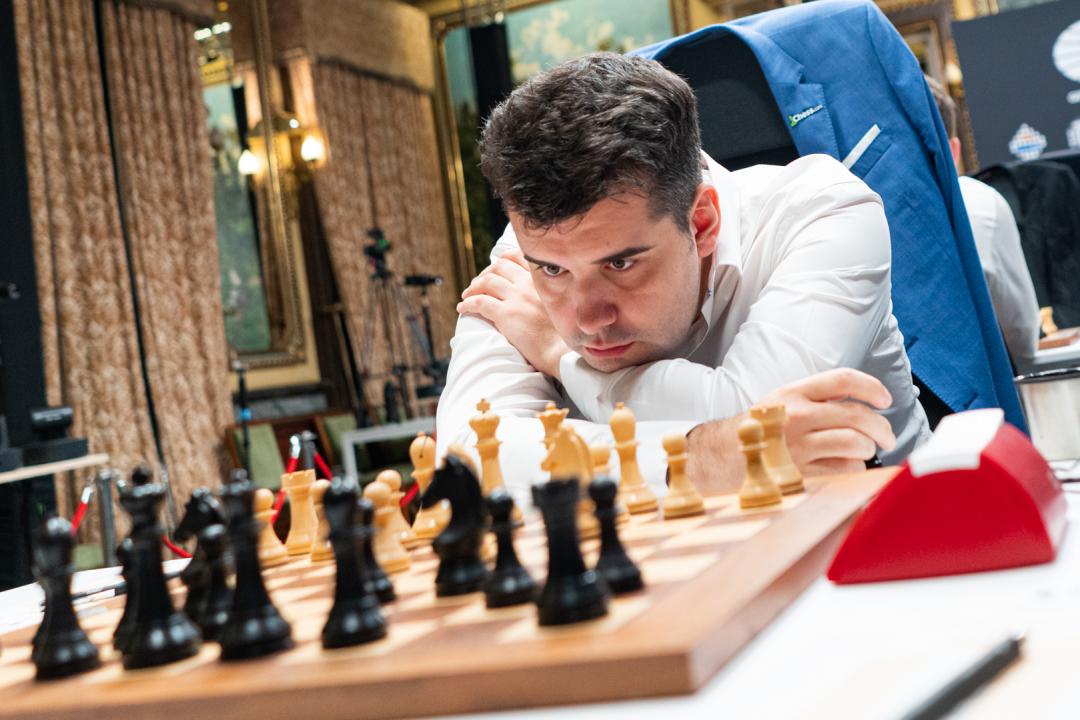 Admitting after the game that he had “a certain idea” (the 14-move drawing line) against a potential Rapport Berlin Defense, Nepomniachtchi was also not unprepared for Rapport’s Classical Sicilian. The Russian played relatively cautiously, keeping the needed draw in hand, and after thirty-four moves the deed was done. Nepomniachtchi was the next challenger for GM Magnus Carlsen’s world championship title.

And that’s where the story gets interesting, for no less than Carlsen himself was on-site in Madrid, ostensibly fulfilling some publicity obligations for Play Magnus.

But there was also this, per the indomitable Leonxto Garcia of El País.

While the specifics of Carlsen’s meeting with Dvorkovich are not known, it is clear that the Norwegian’s defending of his title is not a sure thing, despite his stated admiration for Nepo’s play in this event.

Which makes the race for second place so important. 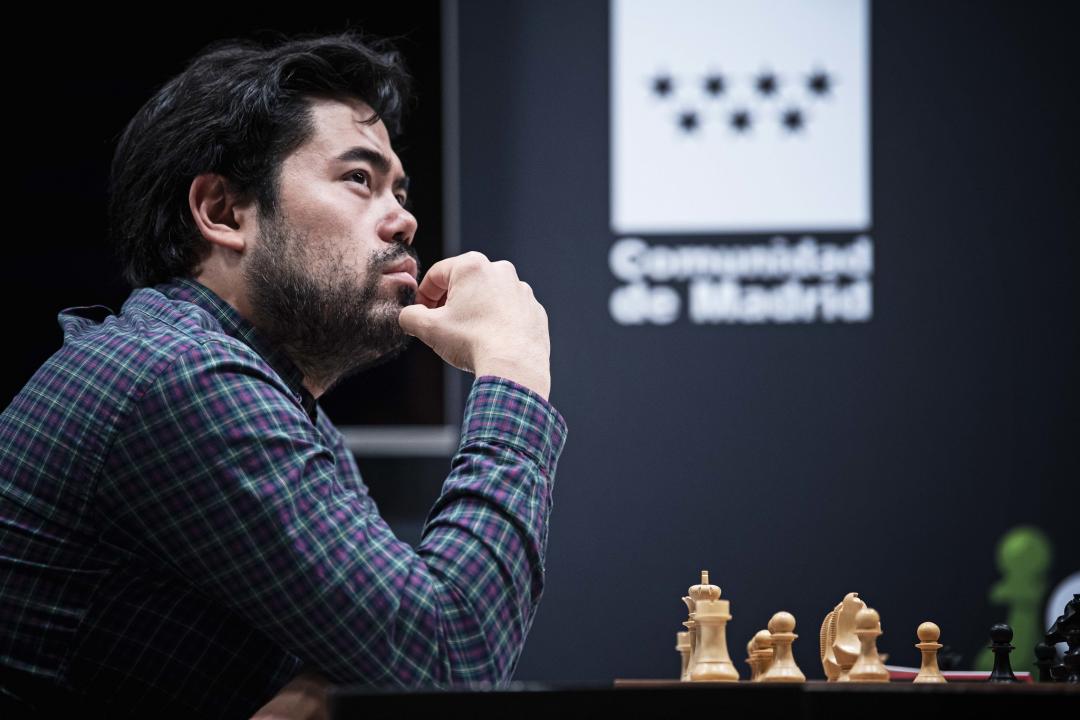 After his (admittedly fortuitous) win over GM Jan-Krzysztof Duda, five-time U.S. champ GM Hikaru Nakamura is in the driver’s seat for second. At 7½/13 (+2) he is a half-point ahead of GM Ding Liren, who he plays tomorrow in what will be a must-see game.

Against Duda, Nakamura began to “drift” (his words) in the early middlegame, although he thought his pawn sacrifice was better than it objectively was. But after Duda’s mistaken 33rd move, Nakamura shocked the Polish GM with 35. Bd6! and never looked back.

This victory means that Nakamura need only draw tomorrow against Ding to claim second place. If Ding wins, however, he takes second and a potential trip to a World Championship match. The famed chess statistician “Chess by the Numbers” has all the info: 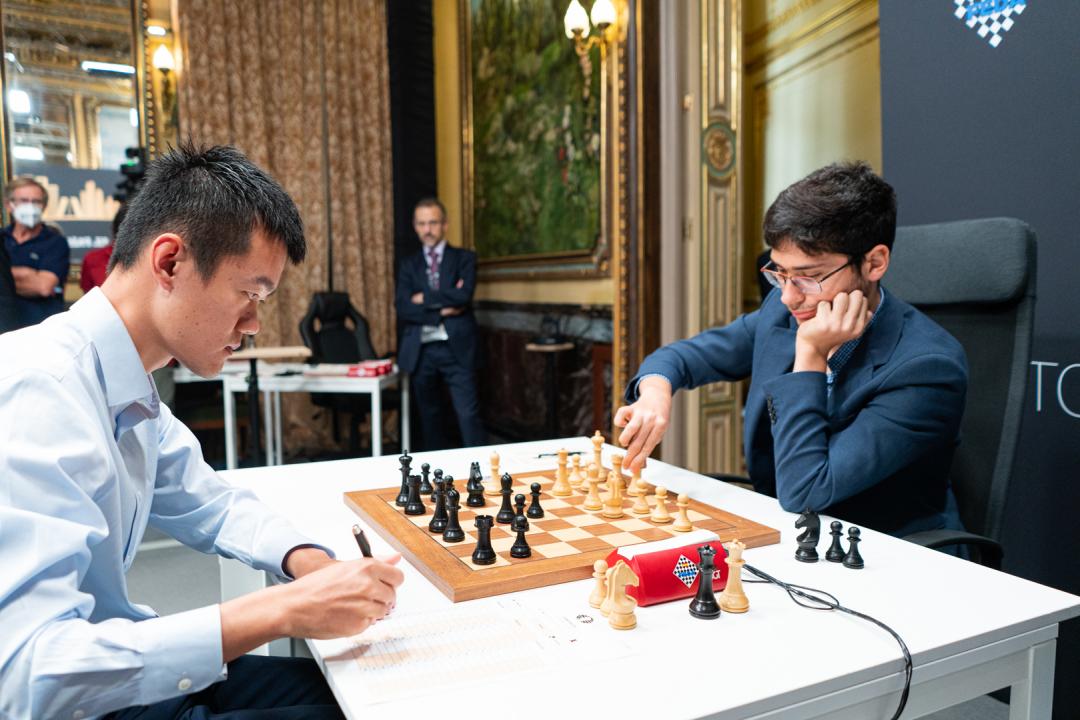 In Sunday’s 13th round, Ding could not overcome GM Alireza Firouzja’s peaceful intentions. 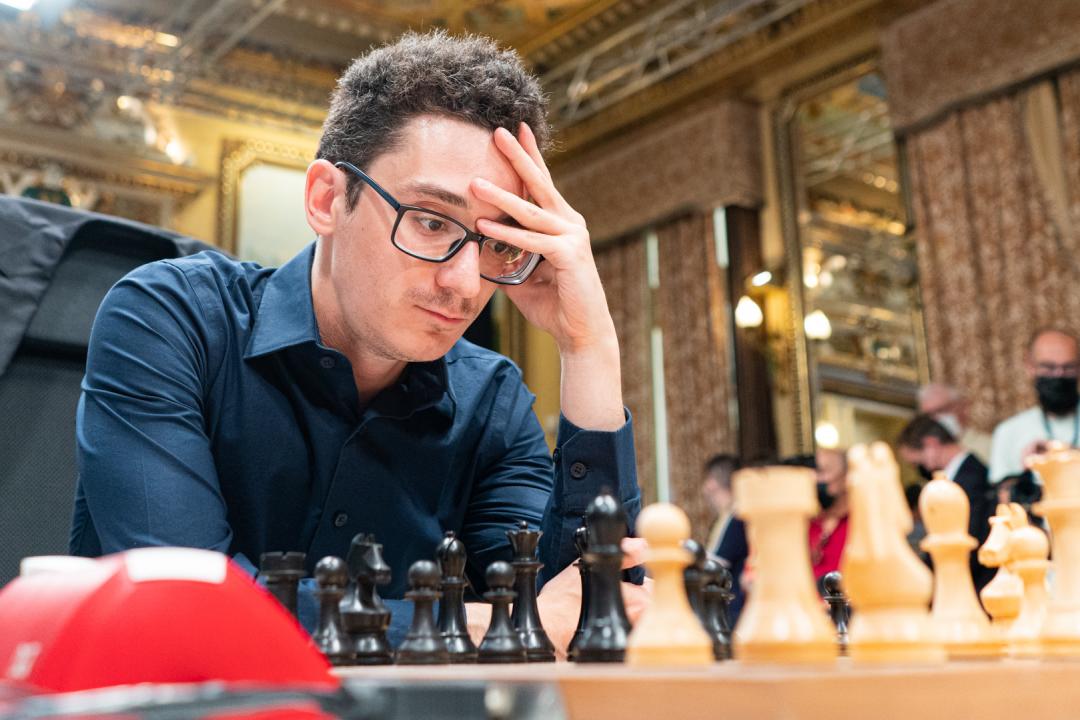 Heading into the day’s play, both GMs Fabiano Caruana and Teimour Radjabov harbored dreams of somehow sneaking into second place. But Radjabov played ultra-solidly, and Caruana could do nothing to unbalance the game and play for a win.

So what happens Monday? Will Nakamura close out the tournament and claim second place, a solid result for a “streamer,” but also potentially a golden ticket to a World Championship match? Will he crack under the pressure and hand Ding the full point? Will Nepo manage to avoid a last-round loss, unlike 2021?

Tune in at 9am Eastern to find out!

Pairings for the 14th and final round of the 2022 FIDE Candidates: