The 2022 Candidates Guide: Just the Facts

We get it. You’re busy, but you’re curious about the Candidates. 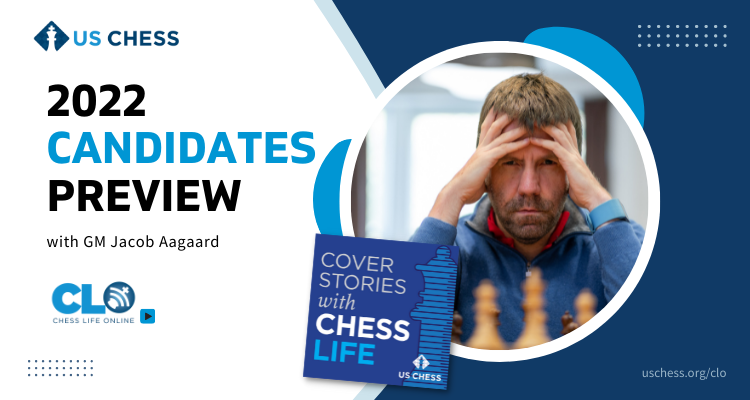 First, be sure to check out our Candidates preview podcast with CLO editor John Hartmann and GM Jacob Aagaard. And don’t forget to come back to Chess Life Online each day to catch up with the results and Aagaard’s exclusive Game of the Day analysis.

Held in Madrid, Spain, the 2022 FIDE Candidates Tournament is a double-round-robin event that will determine the challenger for Magnus Carlsen’s world championship title sometime in 2023. Should Carlsen refuse to defend his title, as he has suggested may be the case, it is assumed that the top two finishers in Madrid will play a match for the world championship. The first round will be played on Friday, June 17.

New to this year’s Candidates is a rapid playoff system to produce a winner over-the-board.

The opening ceremony is scheduled for today, June 16. As of yet, it is not available online, but FIDE has posted a “teaser” video.

Each round begins at 9 a.m. ET (15:00 local time). Play begins on June 17 with the first round, followed by thirteen more games and four rest days:

Chess fans will have multiple options for their Candidates viewing pleasure. What follows is a non-exhaustive list of some of the most popular options:

Chess.com will have GMs Robert Hess (after he recovers from COVID!), Daniel Naroditsky, and IM Danny Rensch on-site in Madrid to helm their coverage. GM Jan Ludwig Hammer will pinch-hit for Hess until he is able to join the team.

After some time spent in the German-language streamosphere, everyone’s favorite OG streamer GM Jan Gustaffson will lead the Chess24 coverage. His main partner will be the legendary GM Judit Polgar, with some special apperances by PlayMagnus namesake and FIDE world champ Magnus Carlsen.

The triumphant trio of Alejandro (Ramirez), Cristian (Chirila), and Yaz (Yasser Seirawan) will head up the coverage from Saint Louis.

Tournament organizers World Chess will have GM Daniil Yuffa as the main commentator, with a cast of rotating guest hosts including IM Elizabeth Paehtz and WIMs Jesse February, Anna-Maja Kazarian, and Fiona Steil-Antoni.

Of course Hikaru Nakamura will have coverage on his Twitch channel.

Among the many guest hosts will be IM Levy Rozman, FM James Canty, and our own WGM Jen Shahade. Taking the hot seat for the first round will be GM Benjamin Bok and GM Irina Krush.

And in case you forgot,  be sure to check out our Candidates preview podcast with CLO editor John Hartmann and GM Jacob Aagaard. Come back to Chess Life Online each day to catch up with the results and Aagaard’s exclusive Game of the Day analysis.