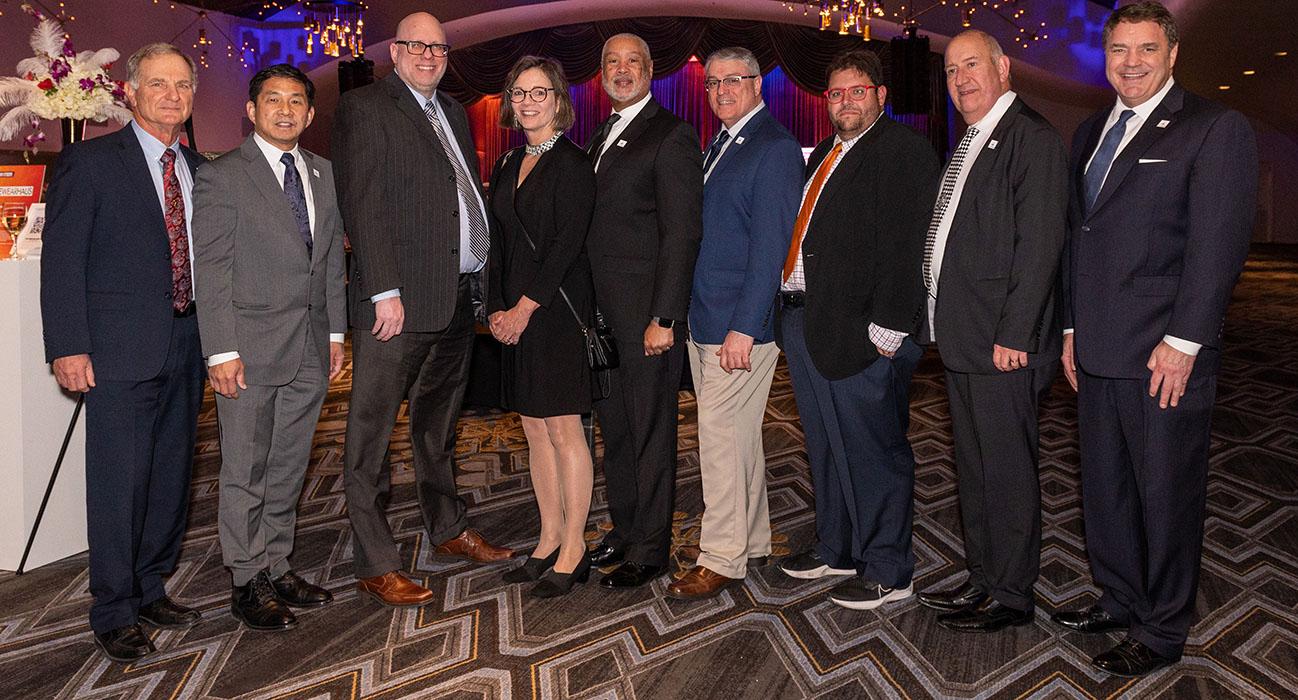 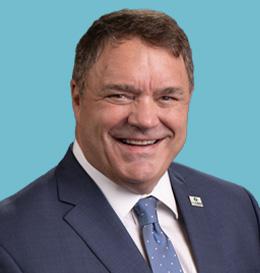 Randy Bauer is a Director at Public Financial Management, Inc. (PFM), a national public sector consulting firm. A Benefactor Life Member of US Chess, Randy was a nationally ranked junior player while growing up in Minnesota, earned the National Master title in 1989, and has won state titles in both Minnesota and Iowa. Randy has served on the Board of Directors for both the Minnesota and Iowa State Chess Associations and has served on the US Chess Executive Board on four prior occasions. Prior to joining PFM, Randy served as Iowa’s State Budget Director for nearly seven years. 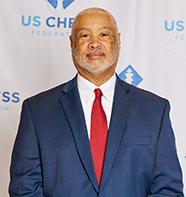 Kevin Pryor is a recently retired corporate leader who excelled in developing people, improving systems, and managing projects. His leadership in chess begin in 2014 on the same day he played in his first tournament when he offered to help revitalize chess in Northeast Florida by reviving the defunct Jacksonville Chess Club. He is a Senior TD, Certified Chess Coach, chess entrepreneur, and chess academy founder. He has served as the President of the Florida Chess Association since 2018. Prior to joining the Executive Board, he served on the Clubs, States & Affiliates, and Senior committees for US Chess. He has also worked very closely with the Women’s committee at national events. Kevin is a native of Mount Vernon, NY, but has lived most of his adult life in Northeast Florida. 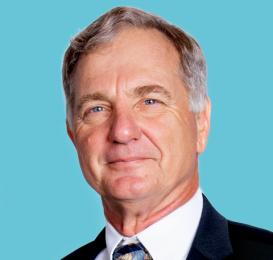 Chuck Unruh is a chess master and former Armed Forces Chess Champion (1975). A graduate of Miami University, he is owner and operator of various family owned energy companies. He is a Tae Kown Do Master. He sits on the policy boards of The Oklahoma Swing Syndicate and the Oklahoma Chess Association. His son Charles is also a US Chess tournament director. 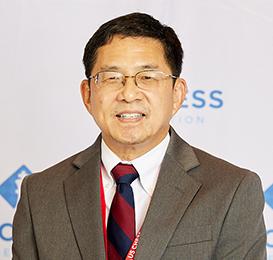 Fun Fong, MD FACEP, began both his chess and organizational career when he served as President of his high school chess club. He continued to serve in leadership positions during college, professional school, and in his professional organization. He has had diverse experience as an Assistant Professor, as a contractor for the Department of Energy and the Centers for Disease Control, and had been a DMAT disaster responder for approximately 10 years.

He renewed his interest in chess by attending Castle Chess camp in 2001. He became a staff member in succeeding years and served on its Board from 2008-2017. He started becoming a tournament director for national events in 2009. He started serving on the Georgia Chess Association Board in 2009 and served as its President from 2011 to 2017.  During that time, Fun helped develop a larger volunteer organization that held 1000-player scholastic tournaments. He increased the number of open tournaments. He increased the organizational treasury significantly.   He now serves on the Board of ChessBuddies, a 501(c)(3) organization that gives chess instruction to underserved populations in the Metro Atlanta area. 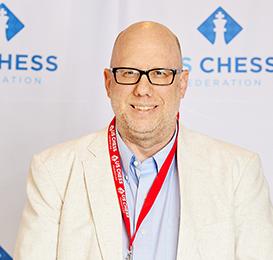 David Day is attorney in Salt Lake City, Utah. He is a Senior Attorney with Dorsey & Whitney LLP. David was an active scholastic chess player and over the past decade has been a chess dad, volunteer, tournament director, state association board member, and president. 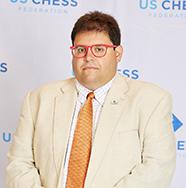 John C. Fernandez is the SVP of Marketing at Glia, a financial services software company which has raised over $100 million from top investors. John gained an expert rating while living in New York City, and has managed six draws with grandmasters in classical tournament games. Very involved in chess, John worked at the Manhattan Chess Club, organized events such as the New York Masters and three events featuring Garry Kasparov, taught chess in prominent city schools, and served on the board of governors of the Marshall Chess Club. He also worked as director of public relations at the Internet Chess Club before transitioning into an ownership role in 2010. John now lives in Hannibal, Missouri with his wife and two young sons. 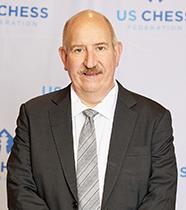 David Hater is a retired Army officer who now devotes his efforts to chess full time. He served in the Ohio National Guard from 1988 to 1990 and then as a personnel officer on active duty from 1990 until he retired in 2015. His last assignment was as the chief personnel officer for U.S. Army Cyber Command. He served numerous overseas and combat tours including multiple deployments.  He is a Distinguished Graduate of the United States Air Force War College and his awards and decorations include two Legions of Merit and a Bronze Star among other awards. He presently works full time as a chess professional. He is an employee of Continental Chess Association and does contract work for the Georgia Chess Association, Kasparov Chess Foundation, and Chess Center of New York among others. He is one of the most active tournament directors in the United States and typically directs more than 50 tournaments a year where over 10,000 players play for prize funds totaling hundreds of thousands of dollars. He is certified as an International Arbiter by the International Chess Federation (FIDE) and a National Tournament Director by the United States Chess Federation. Colonel Hater is very active in chess administration and governance. He presently serves as a Vice President of the Georgia Chess Association and is one of Georgia’s three delegates to US Chess. He is currently a member of the US Chess Ethics, Military Chess, and Rules Committees and served as the chair of the US Chess Ethics Committee from 2017-2018 and has served as chair of the Military Chess Committee numerous times. As a player, Colonel Hater is presently or has been an expert (rated over 2000) by FIDE, US Chess, and Canadian Chess Federation. Though he no longer plays as much as he once did, some of his significant playing accomplishments are winning the Armed Forces Open three times, winner of the Under 2000 section of the National Open, winner of the top player aged 35-39 in the U.S. Under 50 Championship, member of the top military team at the U.S. Amateur Team Championship and was a member of the bronze medal USA NATO Chess Team in 2013. 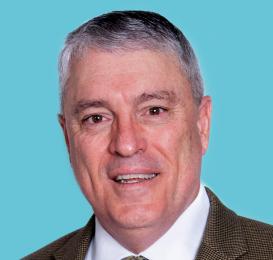 Mike Hoffpauir is a National Tournament Director and FIDE Arbiter with experience directing several National-level US Chess events in Scholastics, College, and Military chess. Mike currently is the Executive Board Liaison to the committees for Rules, Tournament Director Certification, Military Chess, and FIDE Events.  He also is a Councilor on the Rules Commission in FIDE.  Mike is a retired U.S. Army Colonel, with 27 years of military experience and 15 years as a Defense Contractor.  He is a past-President and the current Executive Secretary and Treasurer of the Virginia Chess Federation, and is President of the Virginia Scholastic Chess Association.  Mike is a native of south Louisiana, but retired in the Norfolk, VA, area where he continues directing many tournaments across the state of Virginia. 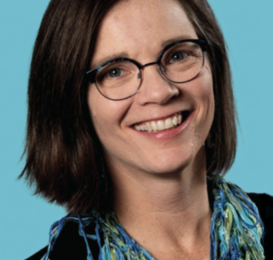 Carol Meyer started at US Chess in October 2017. Before coming on board, she spent more than a decade in leadership for a NASA and NOAA-funded community of earth scientists and technology professionals. “Much like US Chess, this community both challenged and rewarded me with professional growth and wonderful relationships.” Since joining US Chess Carol says, “I have learned a lot about the game, its culture, and its benefits. Chess offers something for everyone whether it be competition, sharpened focus, time with a friend or family, or an adrenaline rush during blitz. One need not be a genius to be a chess player—it simply depends on what you are looking for from the game.” Outside of chess and work, she loves to be outdoors hiking, walking, riding her road bike, and kayaking. She also enjoys spending time with her family engaged in active pursuits, music and cooking (and eating!) a variety of ethnic cuisines.