Catch Me If You Can: Nepo's Lead Widens in the Tenth

After the round 10 games today for the 2022 FIDE Candidates Tournament, event leader Ian Nepomniachtchi is floating further forward from the pack. With a draw today against Teimour Radjabov, he maintains the top spot with a score of 7/10 and only four rounds of play left. 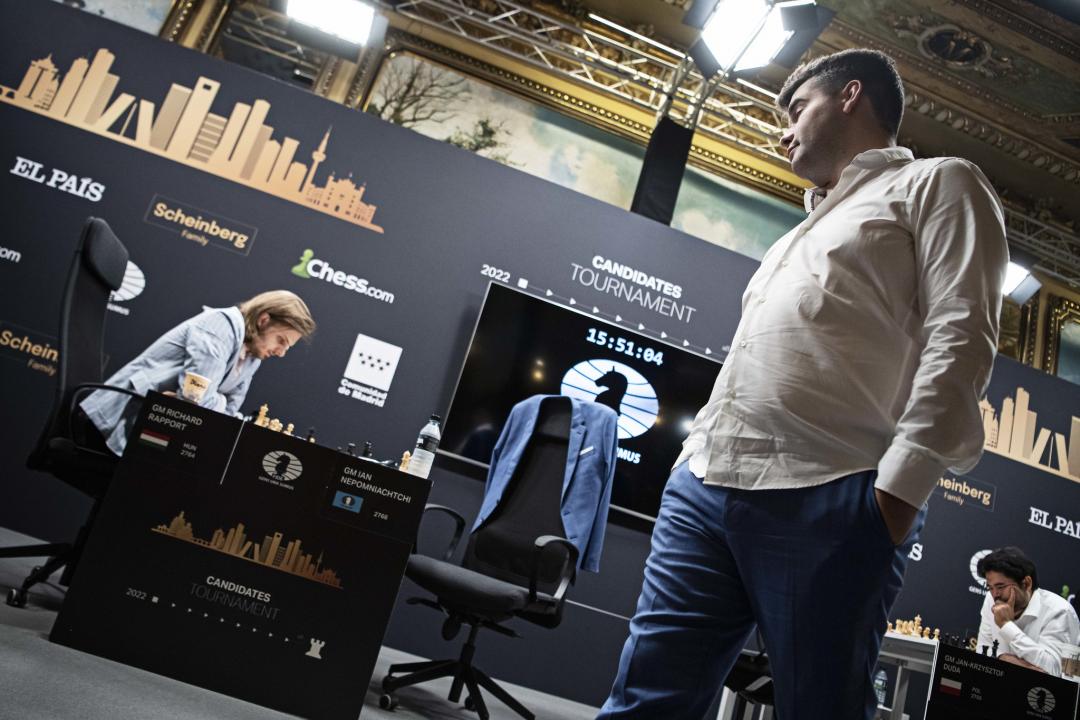 Image Caption
At the 2022 FIDE Candidates, Ian Nepomniachtchi surveys the competition during Round 7. Photo: Stev Bonhage/FIDE 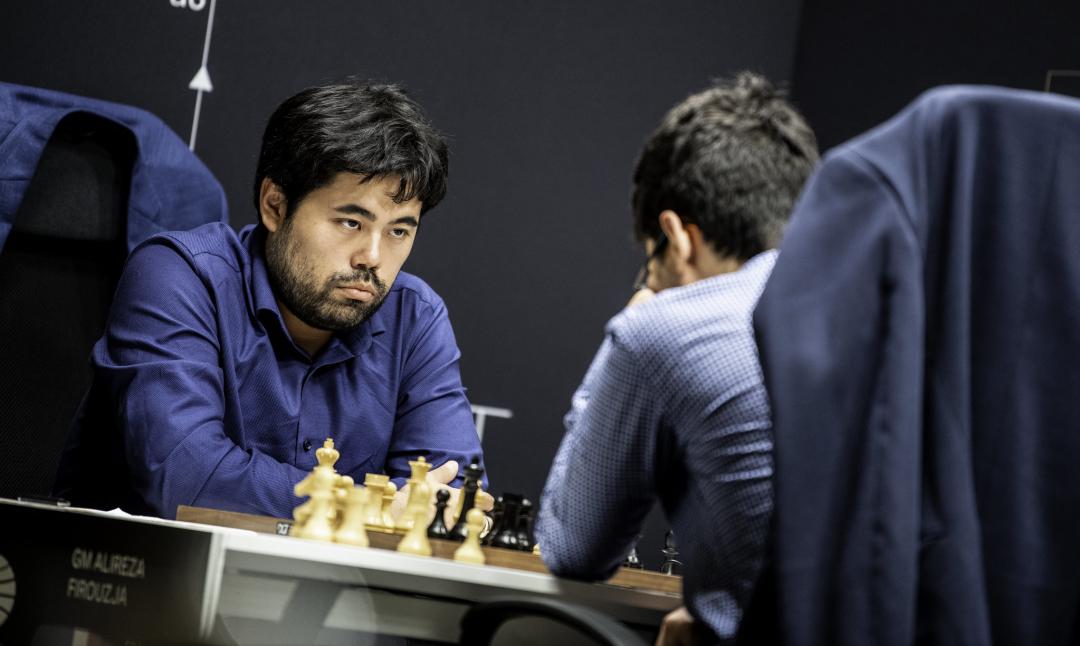 These results put Nakamura, Caruana, and Ding tied in 2nd-place with 5½/10; Duda, Rapport, and Firouzja tied below with 4/10.

Not saying it's a done deal, but any major changes to the hierarchy will require a streak of wins for someone and at least a loss for Nepomniachtchi. With our current leader managing to fend off all challengers so far, those are tough odds. We'll see if Ian is still smiling after Round 11 tomorrow.

GM Jacob Aagaard provides our daily commentary and analysis for these contests, embedded below and available in our complete Candidates Lichess study.

The pairings for round 11 are: