Fabi and Nepo Continue Fight for First at the Halfway Mark

Quite a round today. We’re at the halfway point and, to everyone’s amazement, Ian Nepomniatchi just keeps winning. With 5½ points out of seven rounds, he has only a half-point lead over the equally hot Fabiano Caruana, but a full two-point lead over third-place holder Hikaru Nakamura at 3½ points. Below Nakamura, Rapport, Ding, and Duda follow with 3 points, while Radjabov and Firouzja are trailing with 2½ points.

I think it’s too early to anoint Nepo and Fabi as top-two finishers, because with seven rounds to go, either or both of them can slip and all the others are talented enough to go on a run (sometimes luck can play a role in that as well). But it’s really time for someone to step up if the tournament isn’t going to turn into a runaway affair. 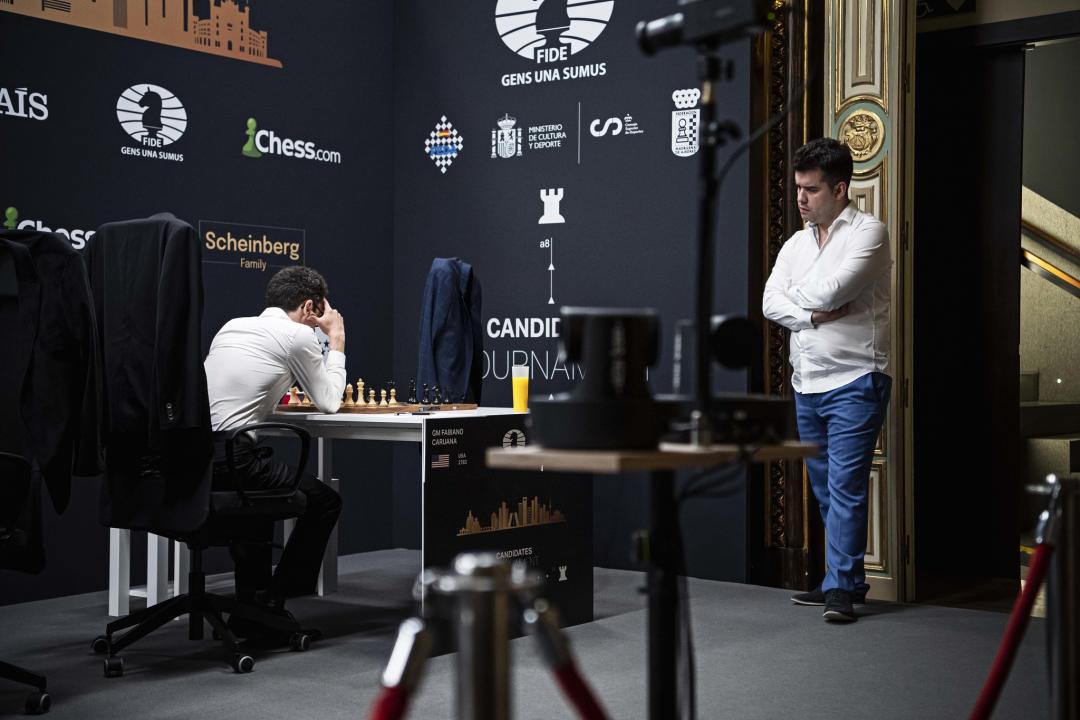 Image Caption
Nepomniachtchi looks on as Fabiano Caruana mulls over his position in Round 7 of the 2022 FIDE Candidates Tournament. Photo: Stev Bonhage/FIDE

All the games were seriously contested. For some reason, there has been some commentary about Ding Liren not being able to win a game, but Judit Polgar made the point that after seven rounds, no less than five of the eight participants haven’t won a game (and Nakamura only one)!

Today, Ding opened with 1. c4 against Firouzja and an unbalanced game resulted. As it happened, Firouzja grabbed the opportunity to play an equalizing break in the center and, after some very accurate play by both sides, a fully equal ending resulted. Ding tried to press, but the position simply didn’t offer winning chances to either side. 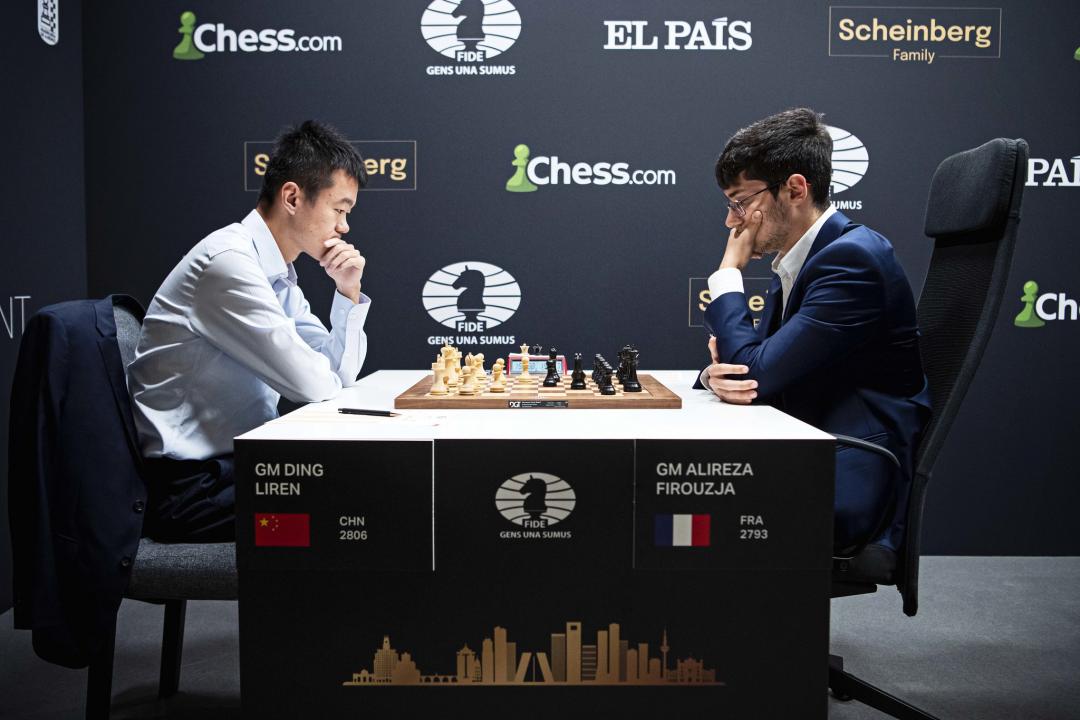 Duda-Nakamura was a standard Nimzo-Indian which Hikaru has been on the Black side of numerous times. Hoping to avoid preparation, he was the first to deviate, and Duda played natural moves, trying to create a good-knight-versus-bad-bishop middlegame in which he could press. Hikaru opportunistically found active counterplay in the center, which unfortunately produced another dead-equal ending. I don’t think either player was happy with this, but you can’t fault their play. 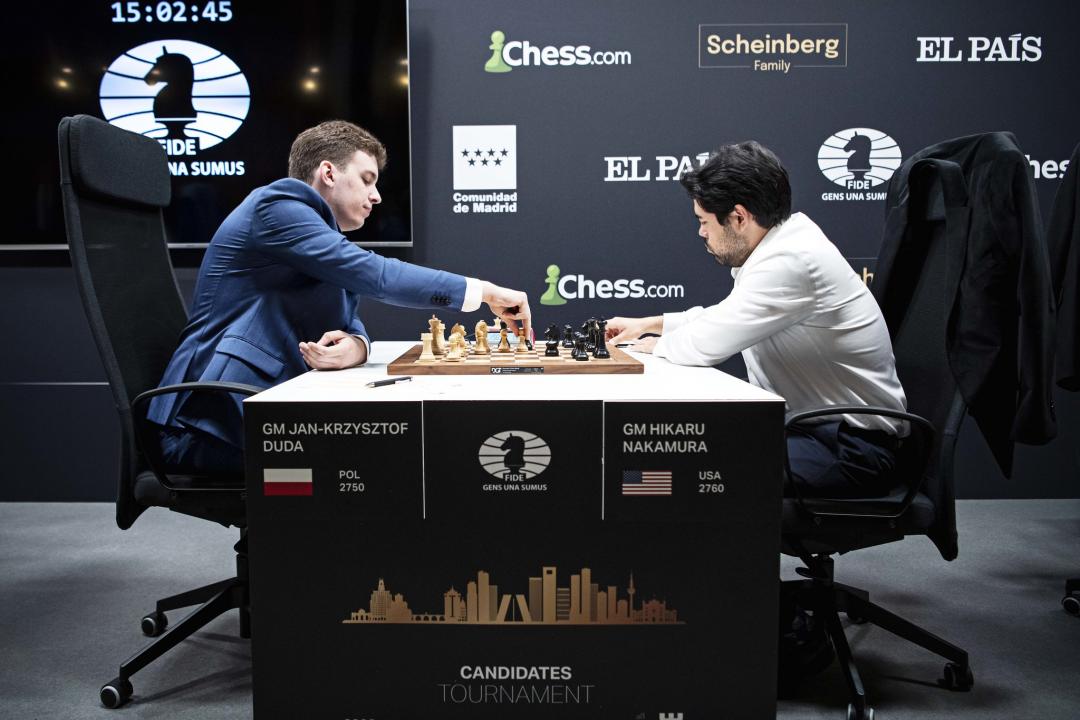 Rapport-Nepomniachtchi demonstrates what it looks like when everything is going right for a player. Rapport’s preparation isn’t deep enough, and when he has a draw by repetition in hand, he bravely but incorrectly tries to win. To be sure, Nepo’s technique is masterful:

Caruana was a little lucky as well, as Radjabov chose to deviate from his super-solid openings to play something irregular and arguably inferior. He wasn’t even deeply prepared enough in the line to keep his disadvantage limited. The game has a lot of fun tactical moments, but there wasn’t any point past the opening where Caruana didn’t seem likely to win. He was able to sidestep the most complicated lines at the end with safe moves. Still, like Nepomniachtchi, he never lost his head or took any chances, while calculating the key lines perfectly: