The anticipated matchup between former world championship challenger GM Ian Nepomniachtchi and wünderkind GM Alireza Firouzja started brightly enough, but after a string of key mistakes by the young Iranian phenom, Nepomniachtchi played a series of powerful moves to take the full point and move into the early lead at the 2022 FIDE Candidates. 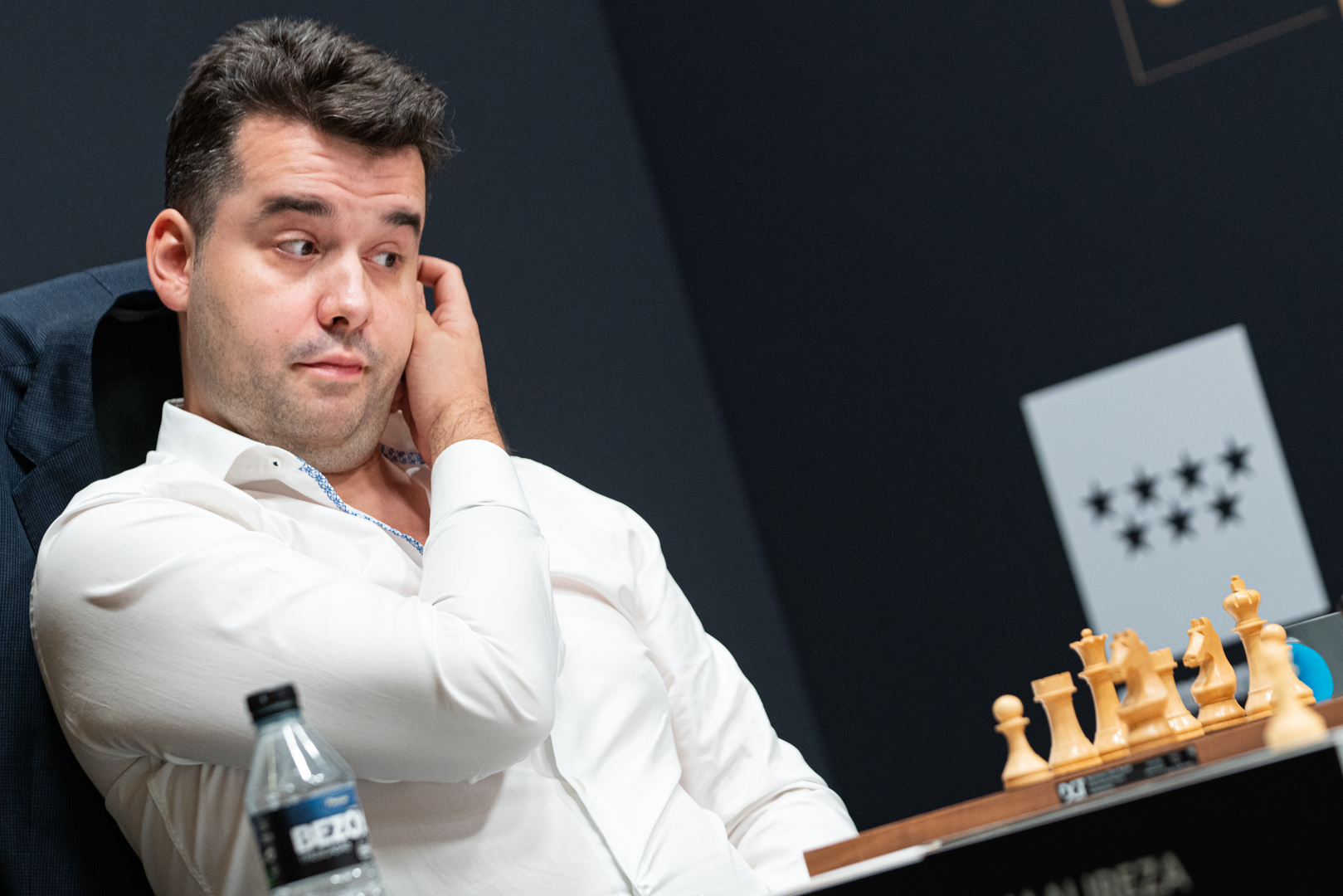 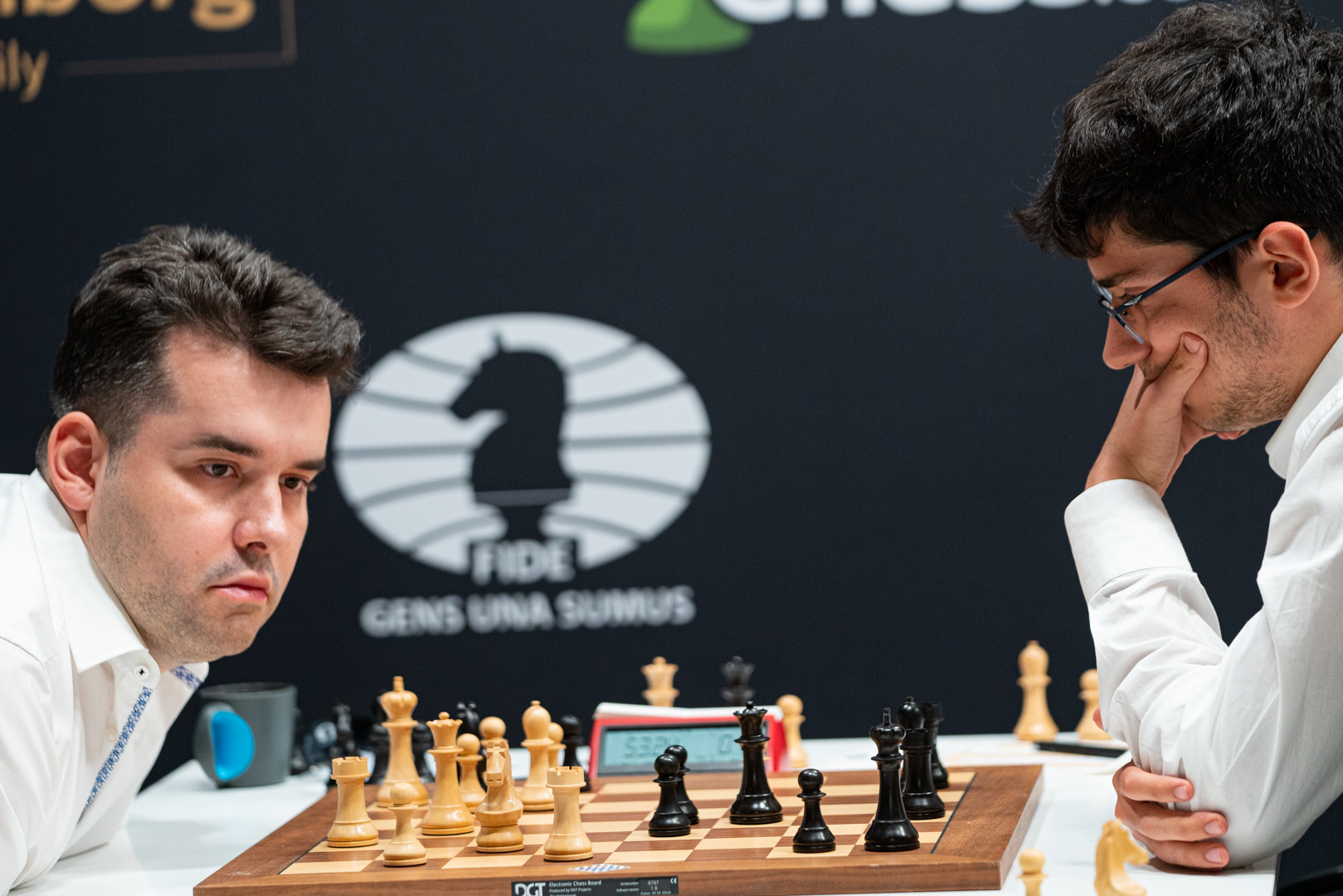 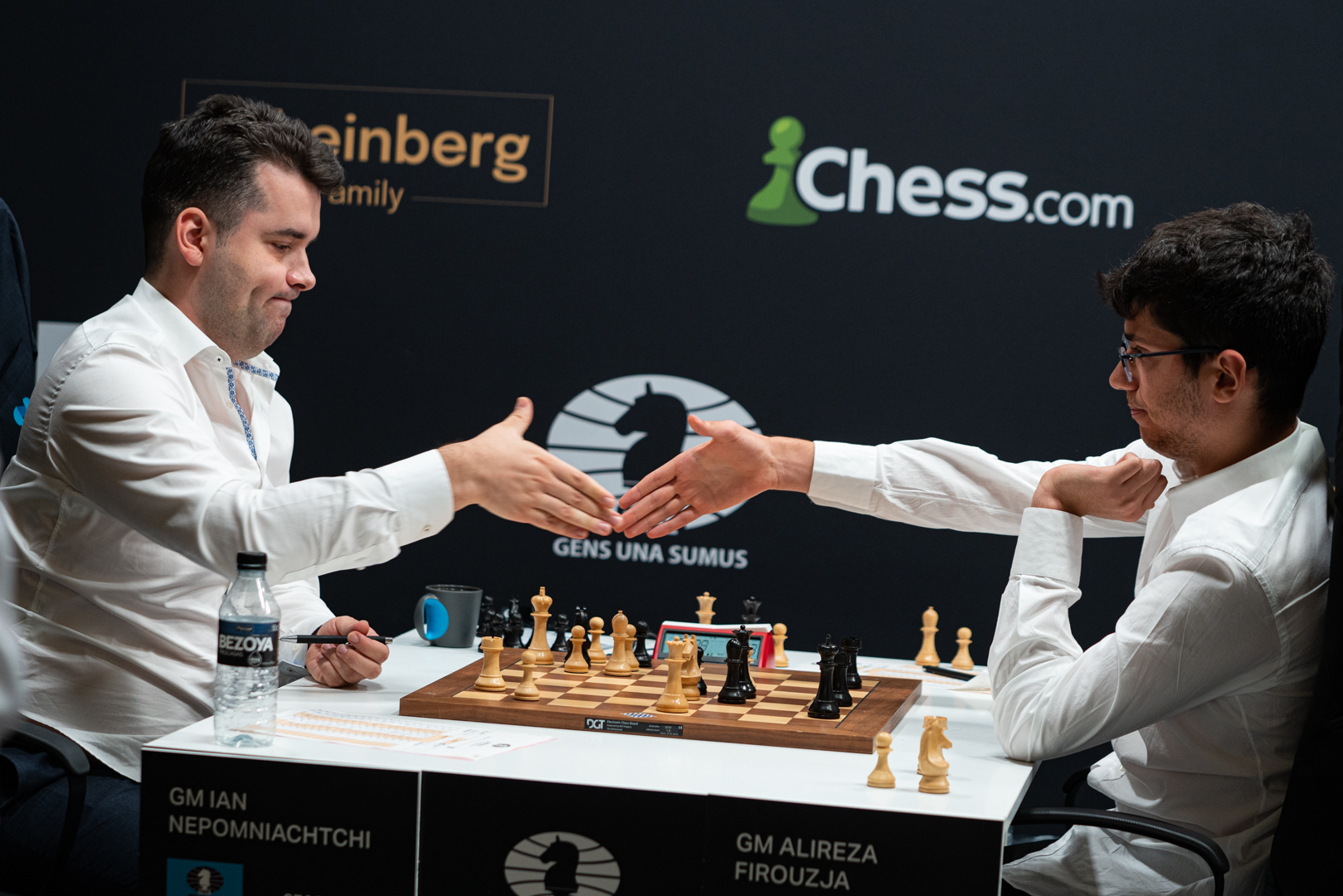 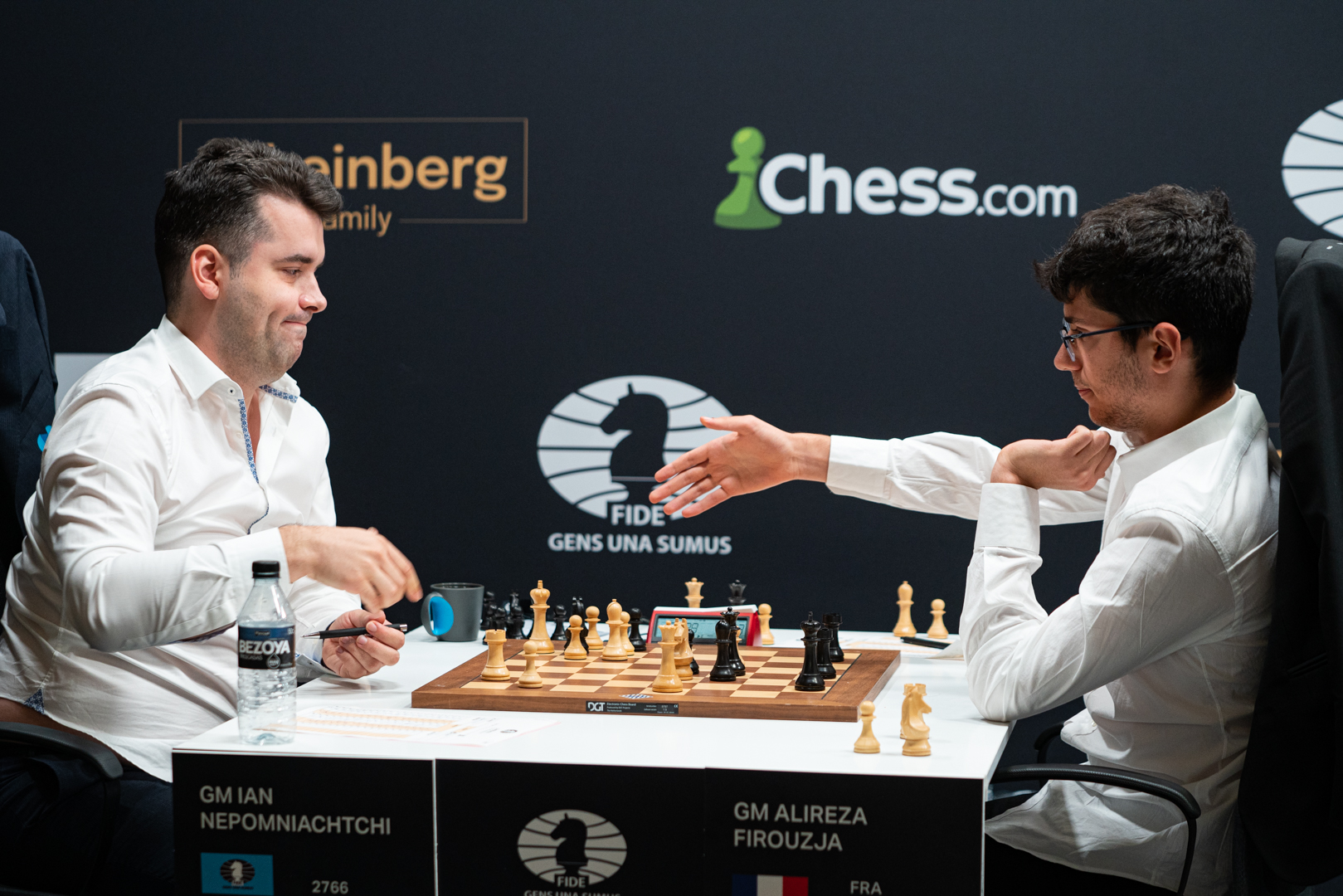 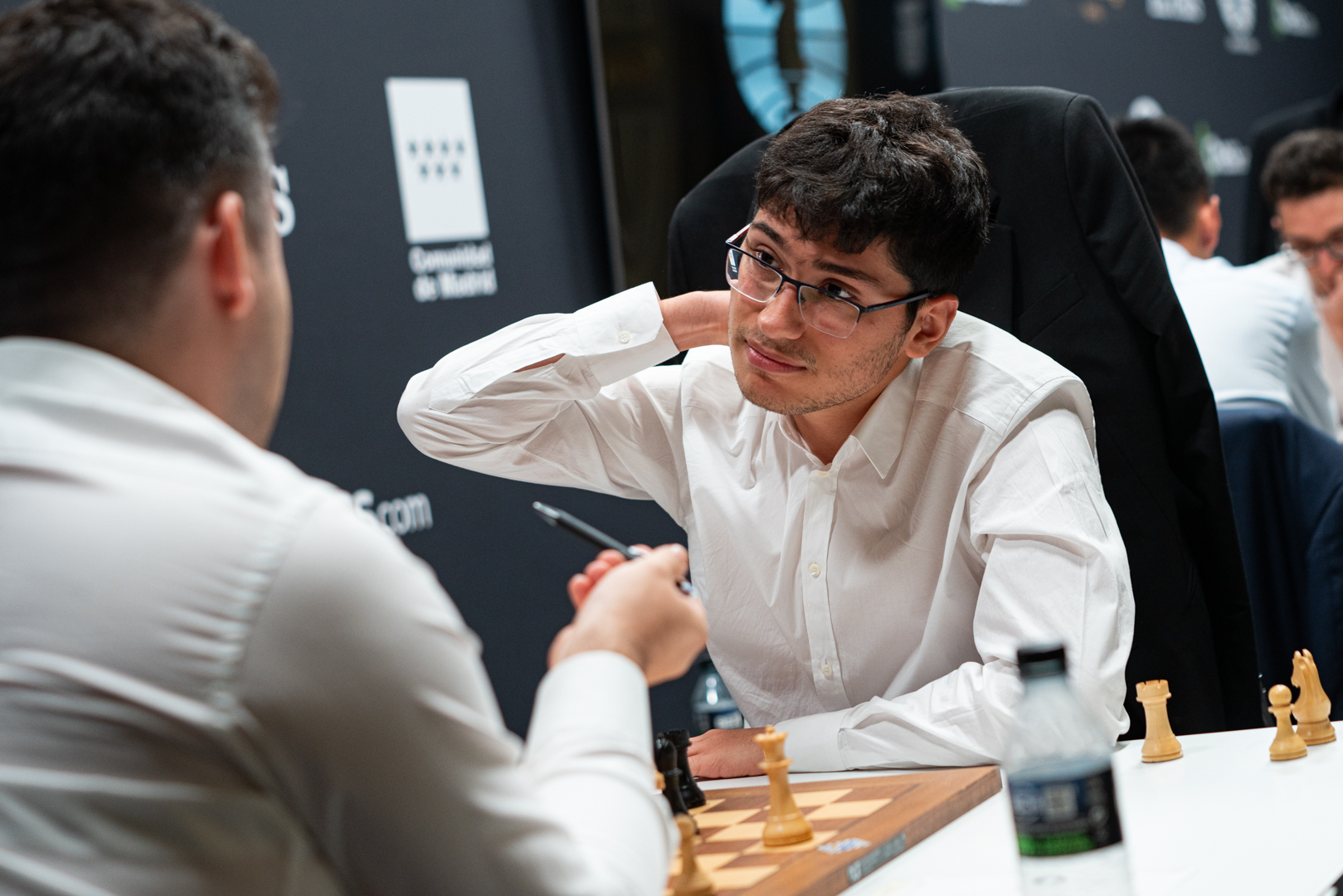 The mercurial Russian is a photographers's dream with his arsenal of facial expressions, and in this game, he did not disappoint. Witness his bewildered head shakes as he took advantage of Firouzja's erroneous 23. ... Nd6.

The remaining three games of the day were drawn, with varying levels of excitement. GM Fabiano Caruana played an interesting idea in the topical Ragozin variation with his rare 7. ... Na5 against GM Ding Liren. 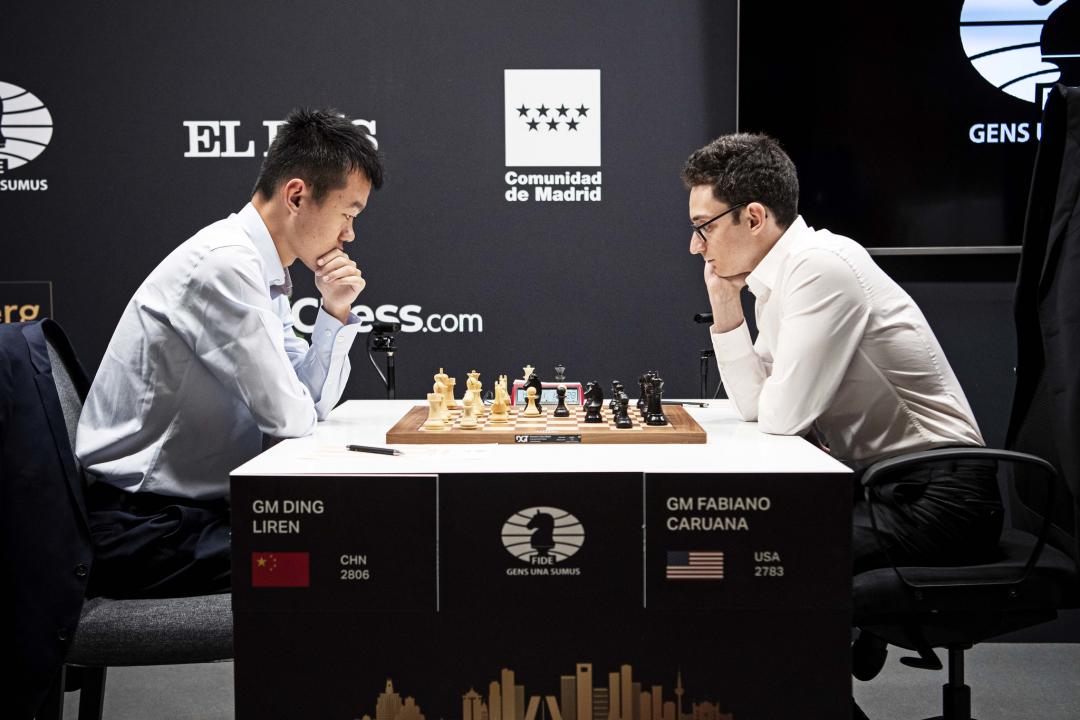 After gaining near-equality, Caruana sacrificed a pawn on move 17 for activity. But neither side was able to make much of things, and soon the players were going through the motions in a clearly drawn rook ending. This leaves Caruana in clear second place with 2½ points after four rounds of play.

There wasn't much to the other two games. GM Richard Rapport played an ultra-solid line against GM Hikaru Nakamura's Berlin Defense, but couldn't do much of anything against this most solid of openings. Their game was drawn in 44 moves.

If anything, the real story of Nakamura's day was his dismay at being wanded before the round began!

After the game Nakamura expressed his general satisfaction with his play thus far, having weathered three turns with the black pieces in the first four rounds. And with 10 rounds to go, anything is possible.

Finally, GMs Jan-Krzysztof Duda and Teimour Radjabov played to a draw. While Duda may have had some chances to complicate, the final result did not ever seem to be in doubt.

The fifth round of the 2022 Candidates will be held Wednesday at 9 a.m. Eastern. Here are the pairings.