UPDATE: Check out our printable round one bulletin! 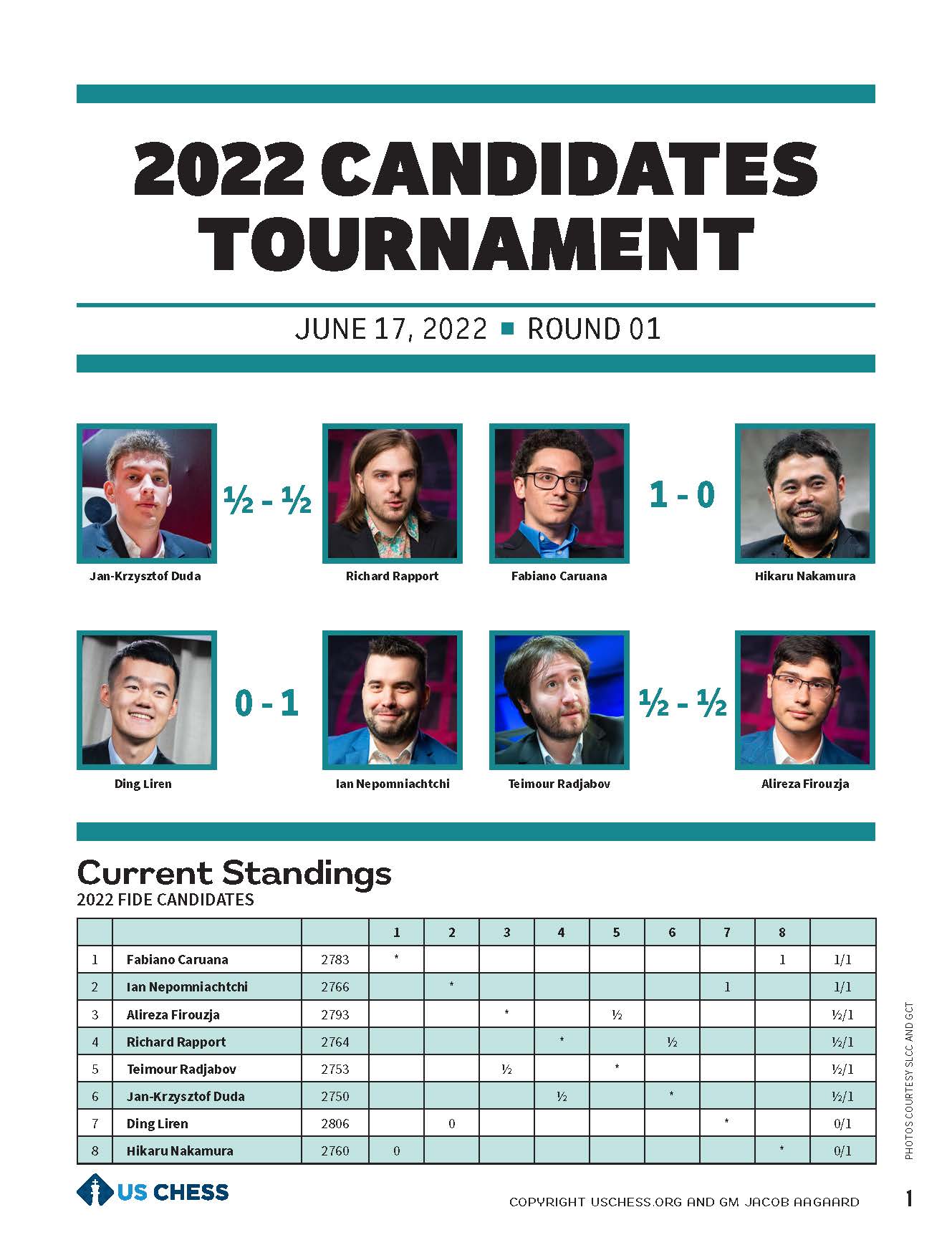 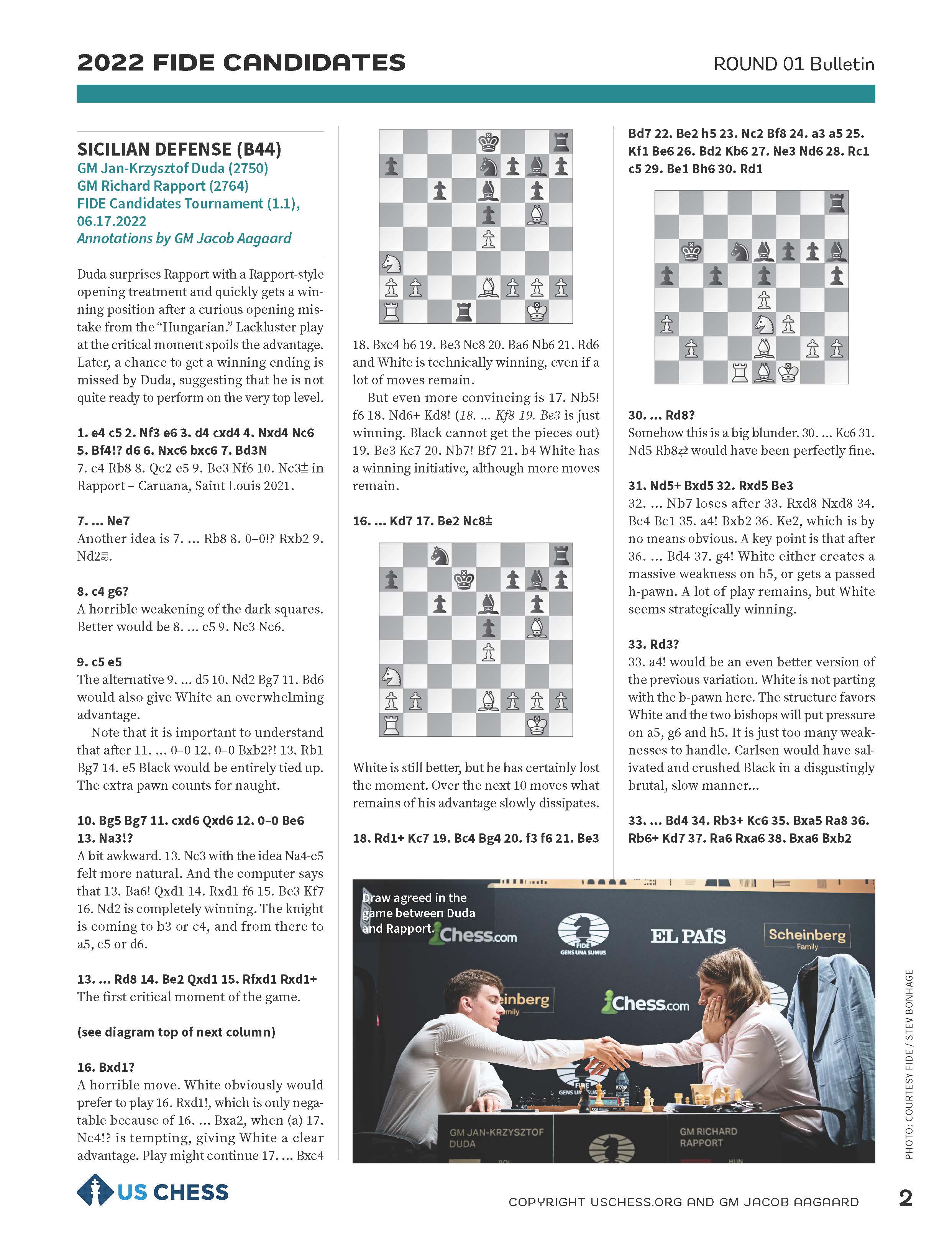 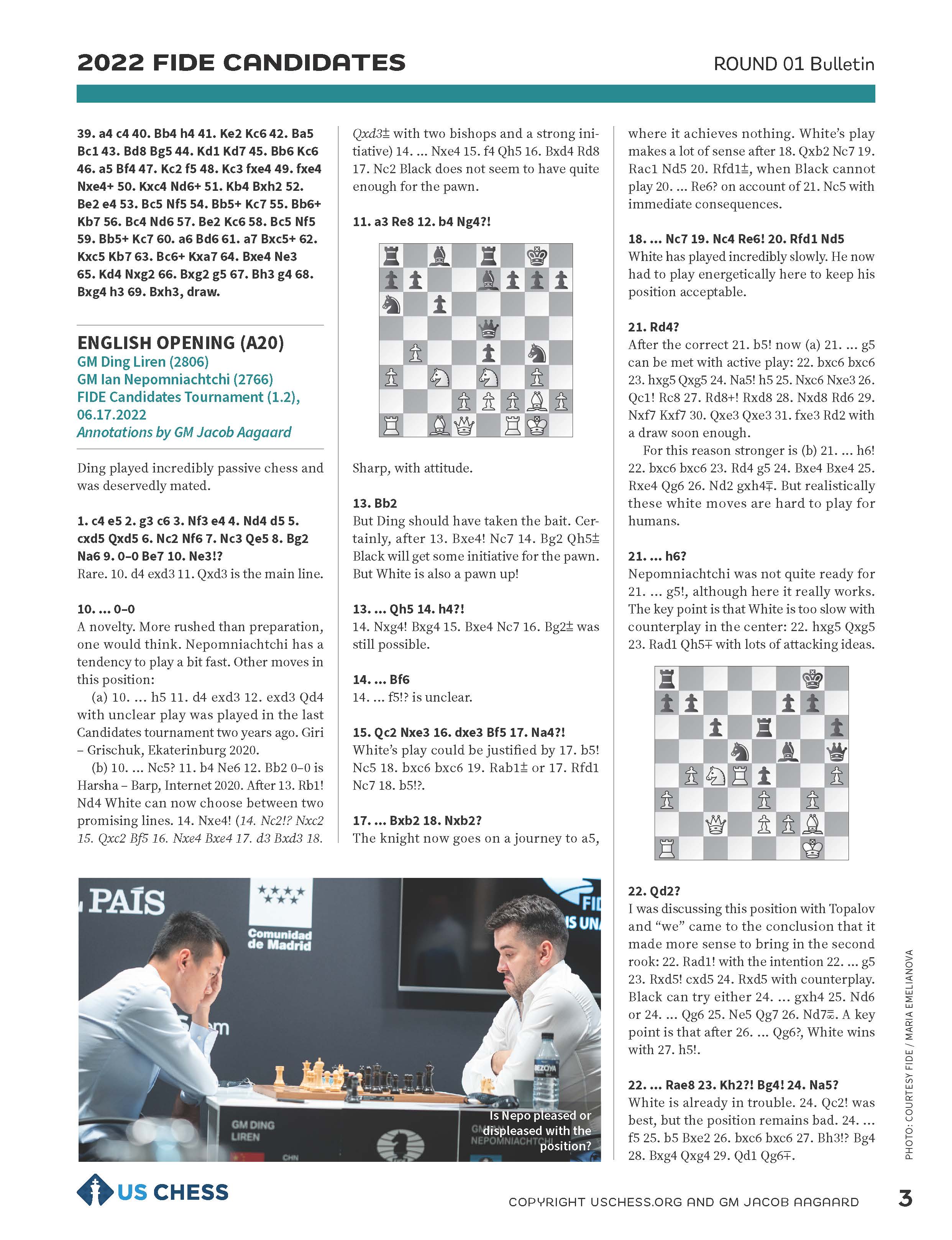 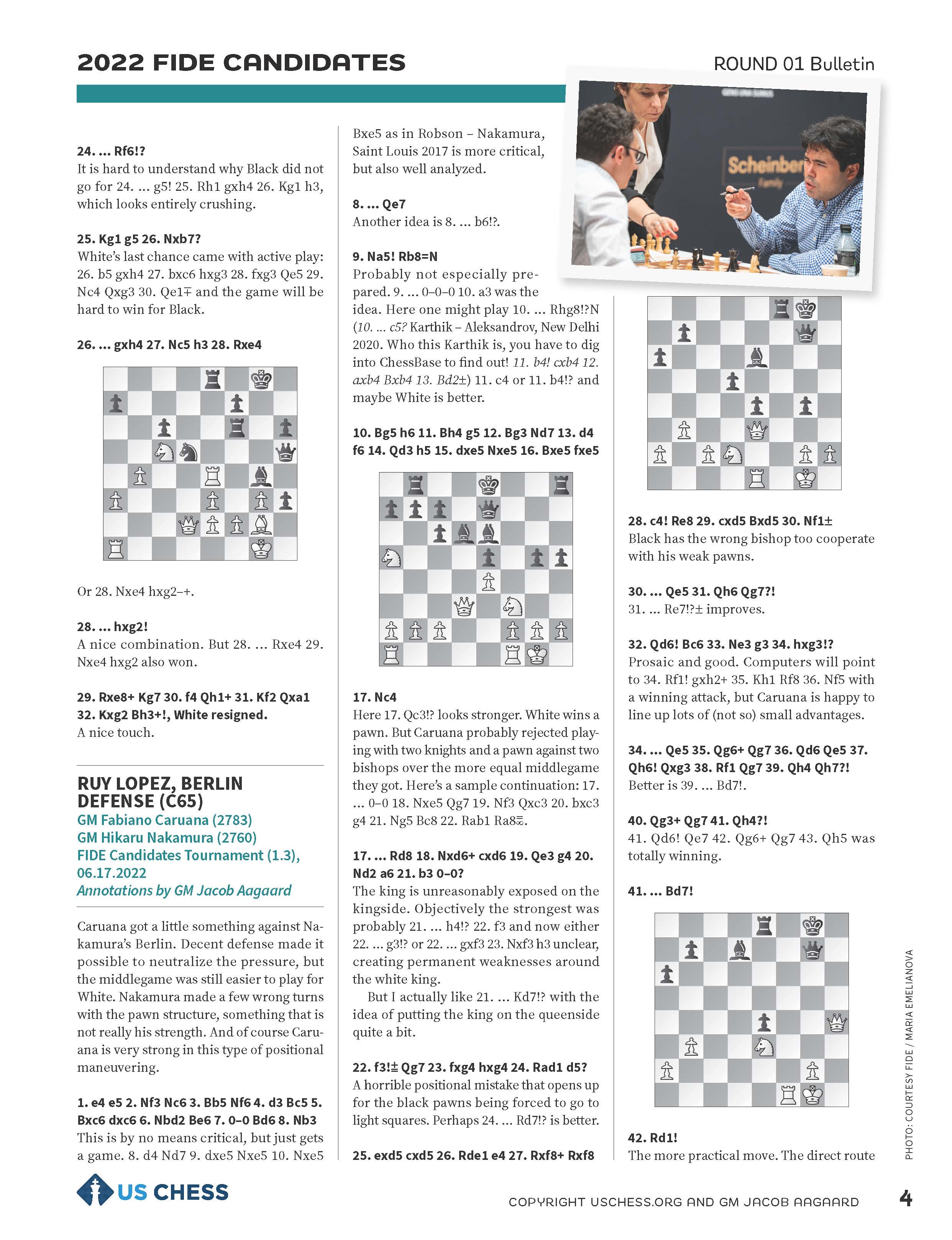 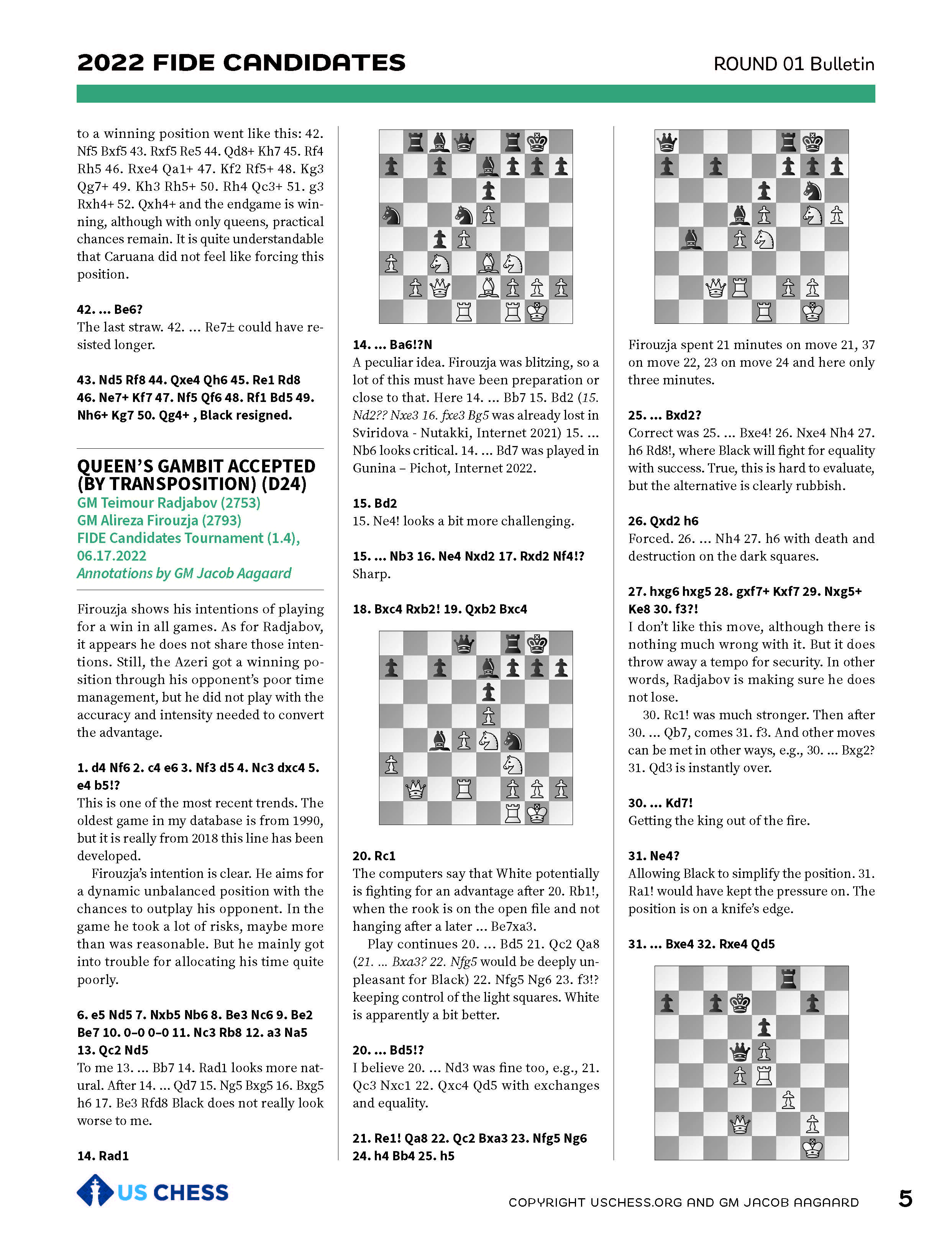 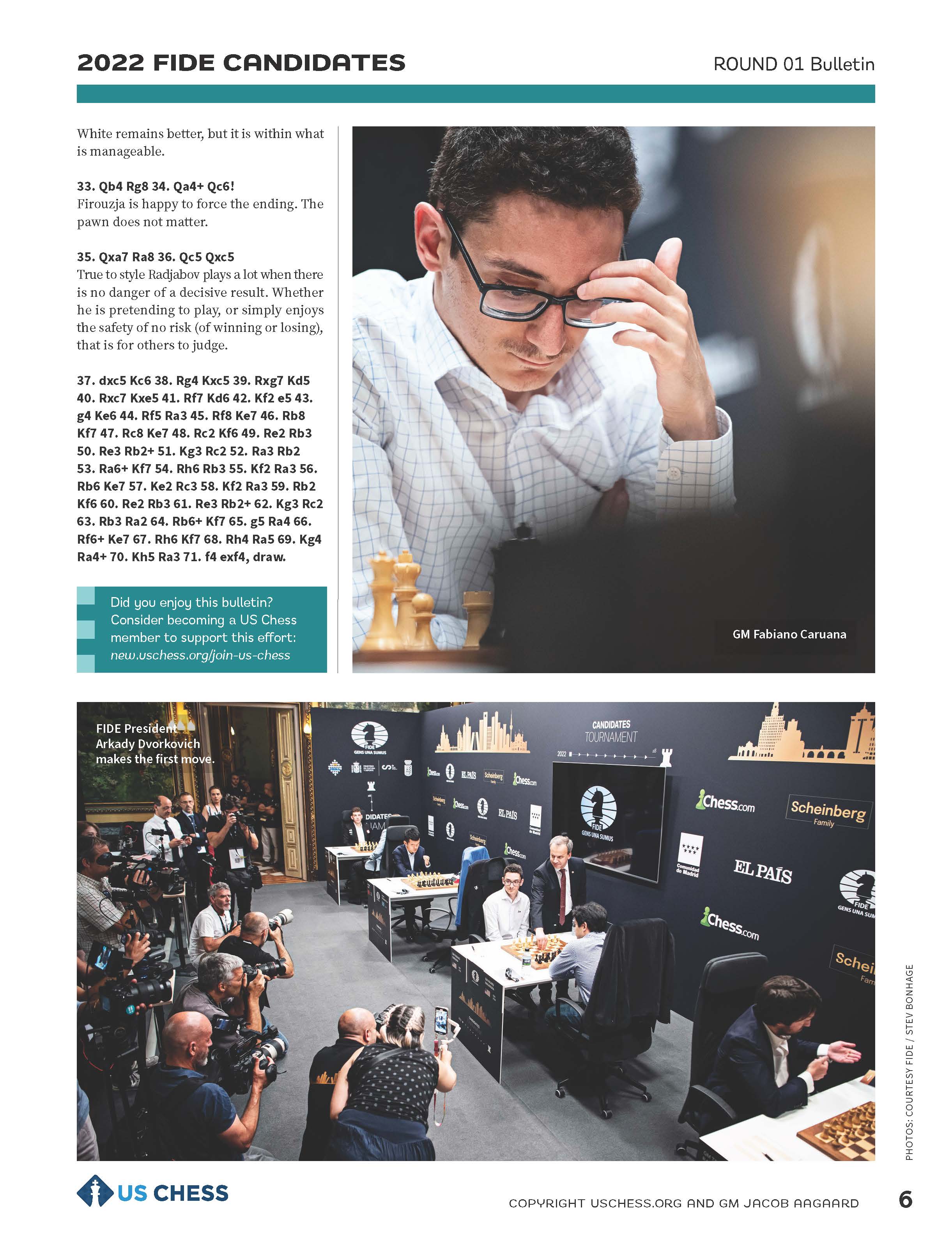 There’s a bit of folk wisdom about first rounds at important chess events.

They’re like the first rounds of boxing matches, they say. There’s a lot of feeling-out-the-opponent, a lot of jabbing and dancing, and not a whole lot of action.

Not so today in Madrid.

The first round of the 2022 FIDE Candidates started with a bang, as two of the four games saw decisive results. 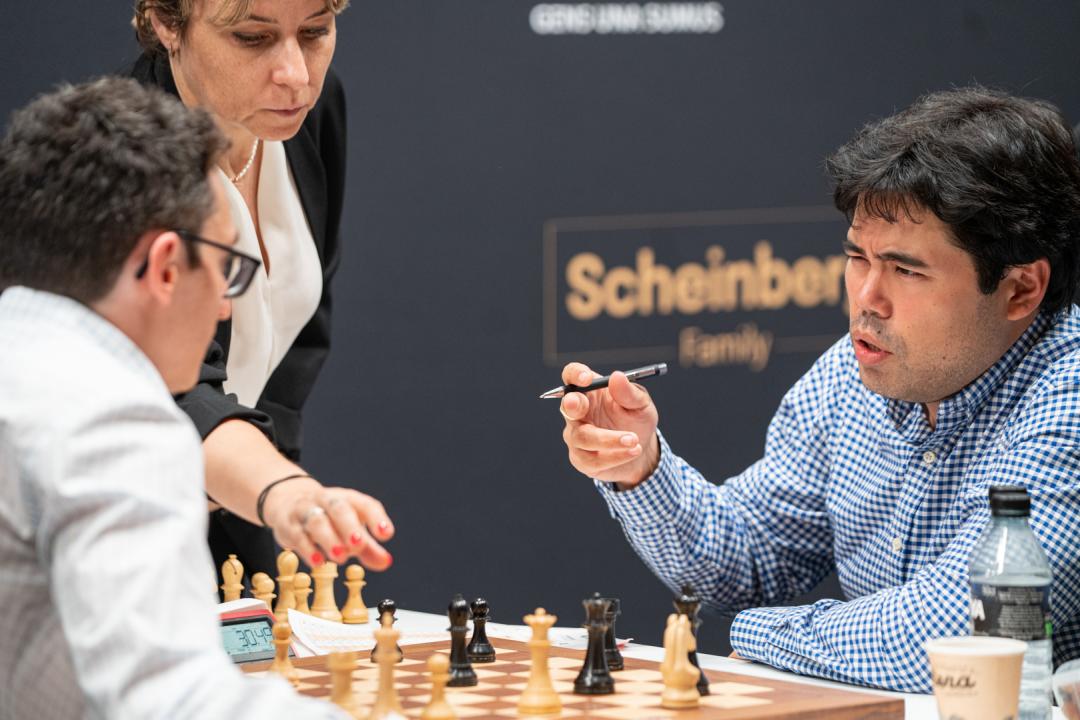 In what will come as a surprise to defenders of the "Berlin Wall," GM Fabiano Caruana ground down his fellow countryman GM Hikaru Nakamura in 50 moves. Find out how the deed was done in these annotations by GM Jacob Aagaard, exclusively for Chess Life Online!

After the game Nakamura — and let’s just say it, both surprisingly, and not entirely so! — posted his own post-game recap on his YouTube channel.

After the game Ding — who did so much work to even become eligible to play in the Candidates — was clearly crestfallen. 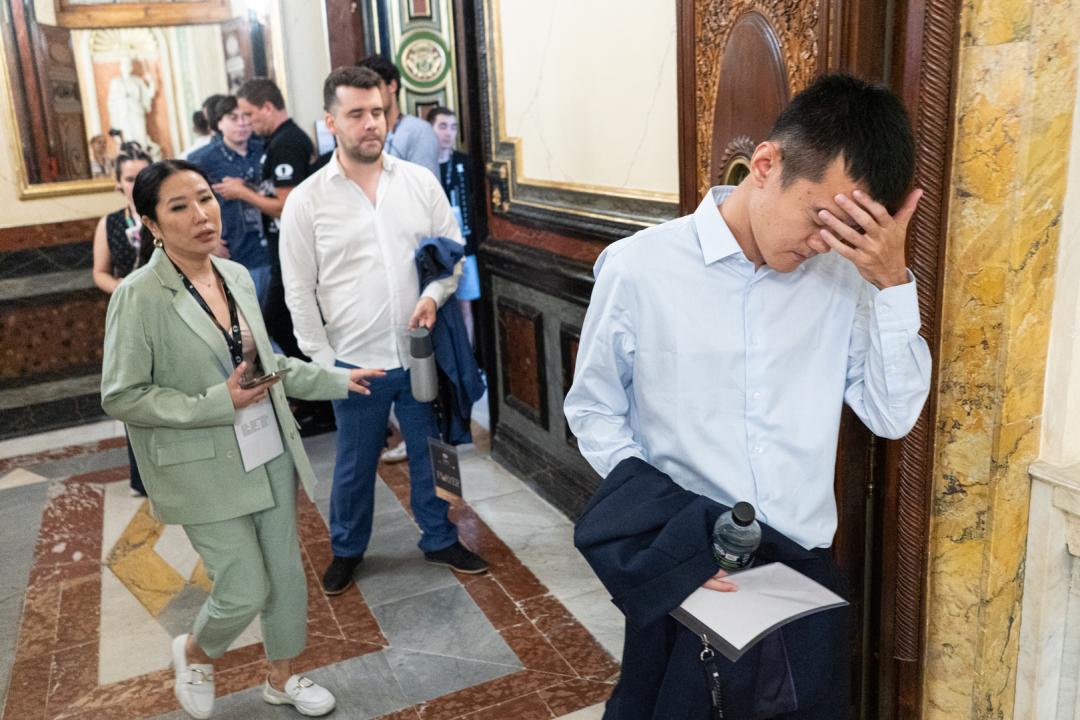 An intereresting sidenote: as fate would have it, Nepomniachtchi takes the white pieces against Caruana on Saturday in what already feels like a potentially important pairing.

In other games, GM Alireza Firouzja sacrificed an Exchange in the early middlegame against GM Teimour Radjabov, gaining excellent compensation for the material. 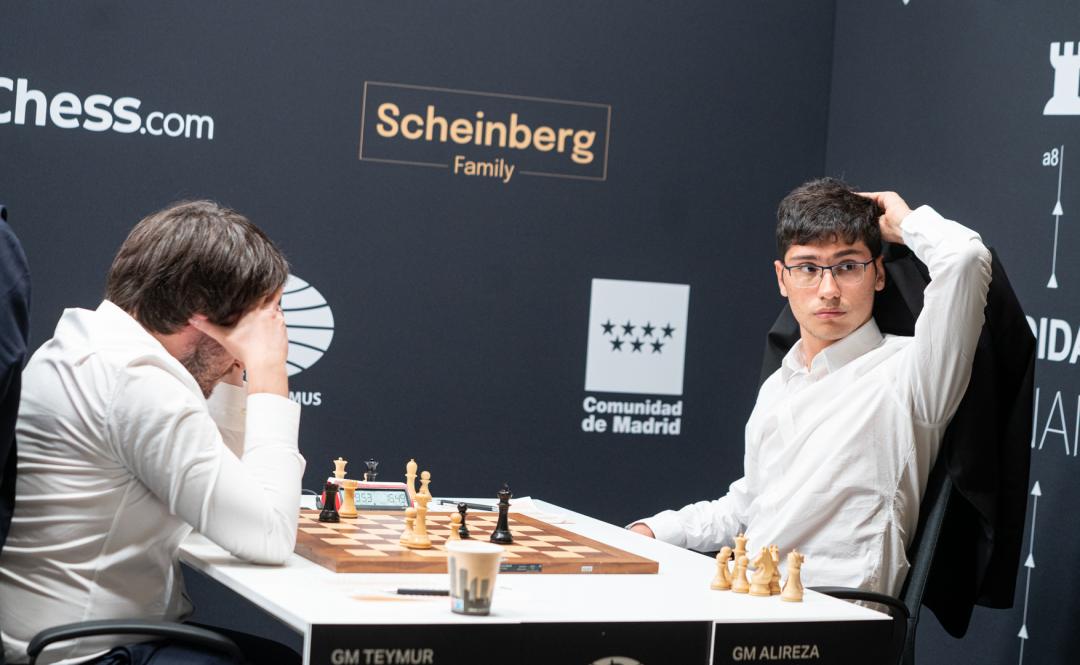 But Radjabov soaked up the pressure and emerged in a pawn-up rook and pawn endgame. Firouzja held firm, and their game was drawn after 71 moves.

And after a bit of opening intrigue, the matchup between GM Jan-Krzysztof Duda and GM Richard Rapport was a draw.

Round two begins at 9 a.m. EDT on Saturday, June 18. Here are the pairings: