Nepo and Caruana Win in Sixth Round of Candidates

The pack is beginning to separate.

GM Ian Nepomniachtchi leads the 2022 FIDE Candidates as we head into the second rest day, having defeated GM Jan-Krzysztof Duda in a slugfest. 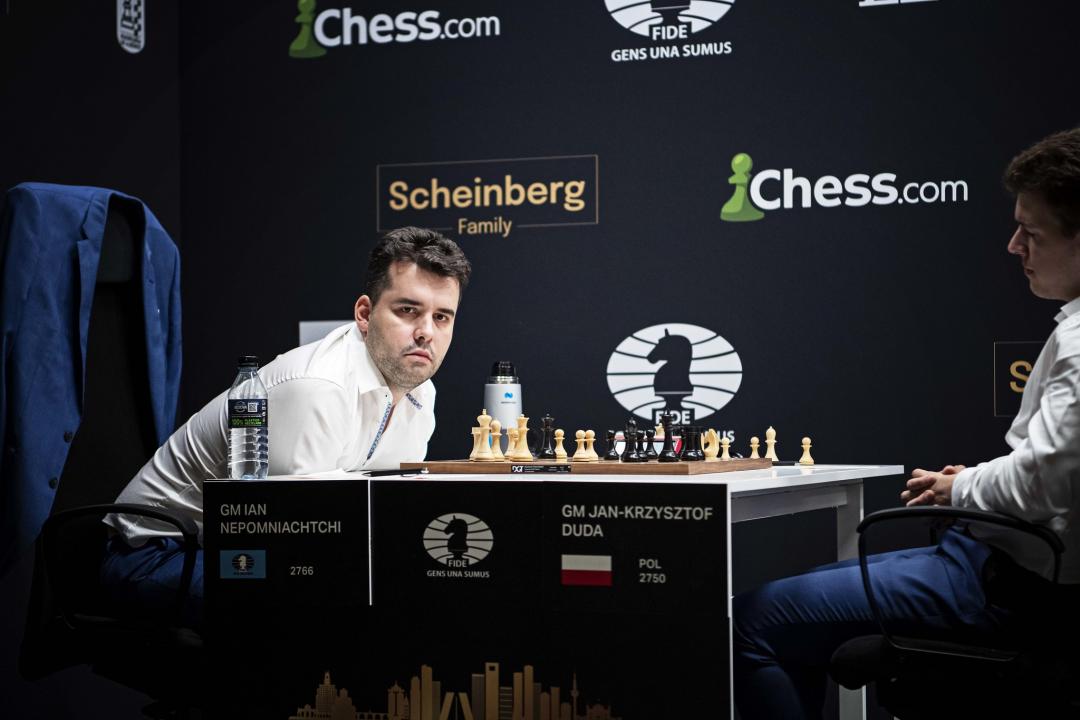 Nepomniachtchi manuevered his opponent into a slow, positional game, one where Duda was out of book early and almost immediately fell into difficulties. His 19th and 20th moves were lemons, and although Nepomniachtchi nearly threw the clear win away with 24. e6, Duda failed to find the critical continuation and soon succumbed.

At 4½ points, Nepomniachtchi has a half-point advantage over GM Fabiano Caruana, who defeated a clearly out-of-form GM Alireza Firouzja to move to 4/6 and clear second place. 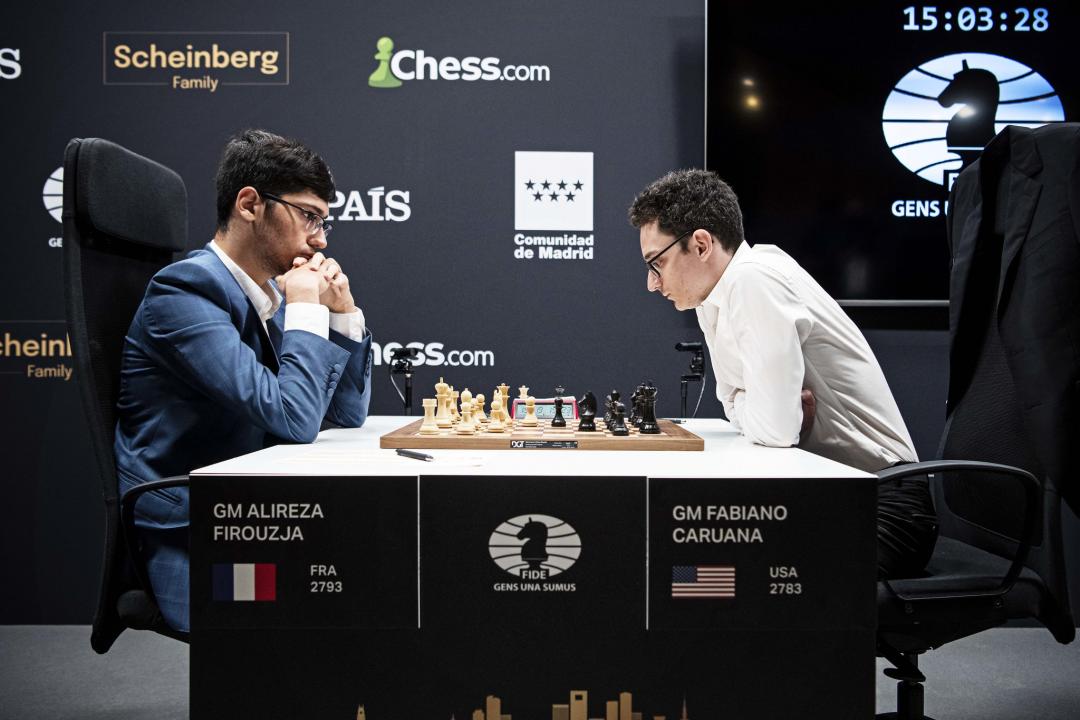 Firouzja’s offbeat 6. Qd3 in the Catalan gave him an advantage on the clock, but nowhere else. Soon Caruana slowly turned the screws, continually ratcheting up the pressure in a deceptively quiet-looking position. Firouzja tried to concretely solve his problems with 20. Rxd7, but missed Caruana’s 21. ... Bf5! when he was down material without compensation. Ever precise, Caruana’s technique did the rest, and Firouzja resigned just after the time control.

GMs Hikaru Nakamura and Richard Rapport are a point and half behind the leader at 3/6. Both drew today, although they had different paths to the shared points. 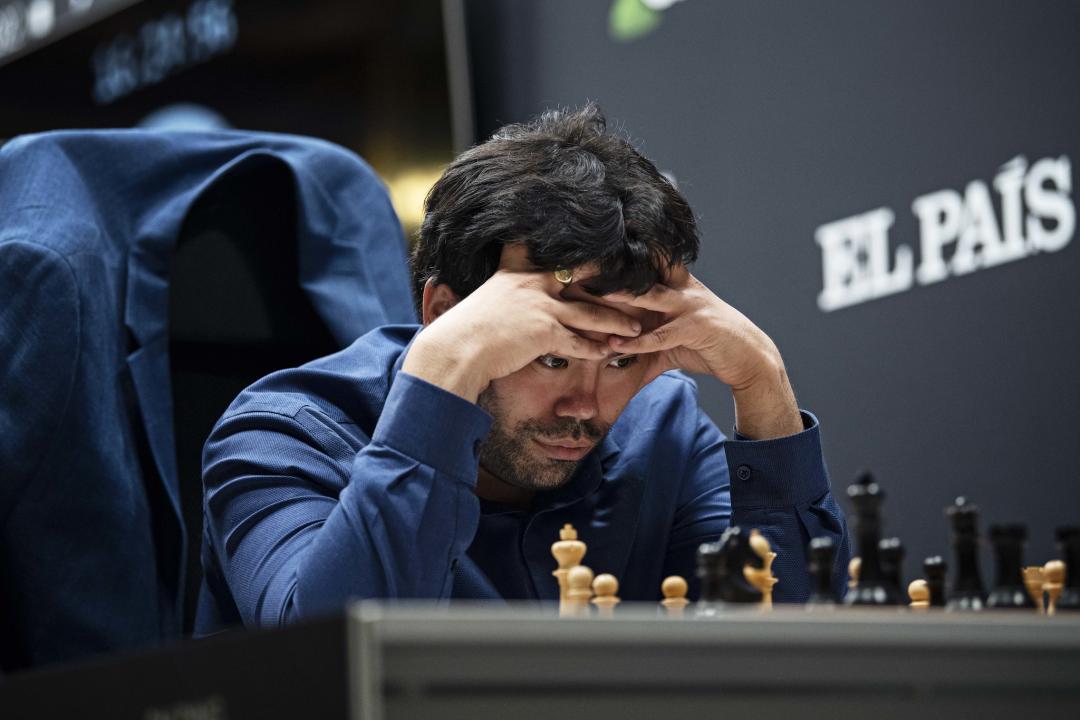 Nakamura’s game with GM Ding Liren was, in our annotator GM Jacob Aagaard’s words, “a strong strategic effort” by both players. Nakamura seems to agree with this view in his Youtube recap, where he congratulated his opponent for playing well and seemed content with the shared point.

Meanwhile GM Richard Rapport was forced to ride his luck, saving the draw against GM Teimour Radjabov by the skin of his teeth. 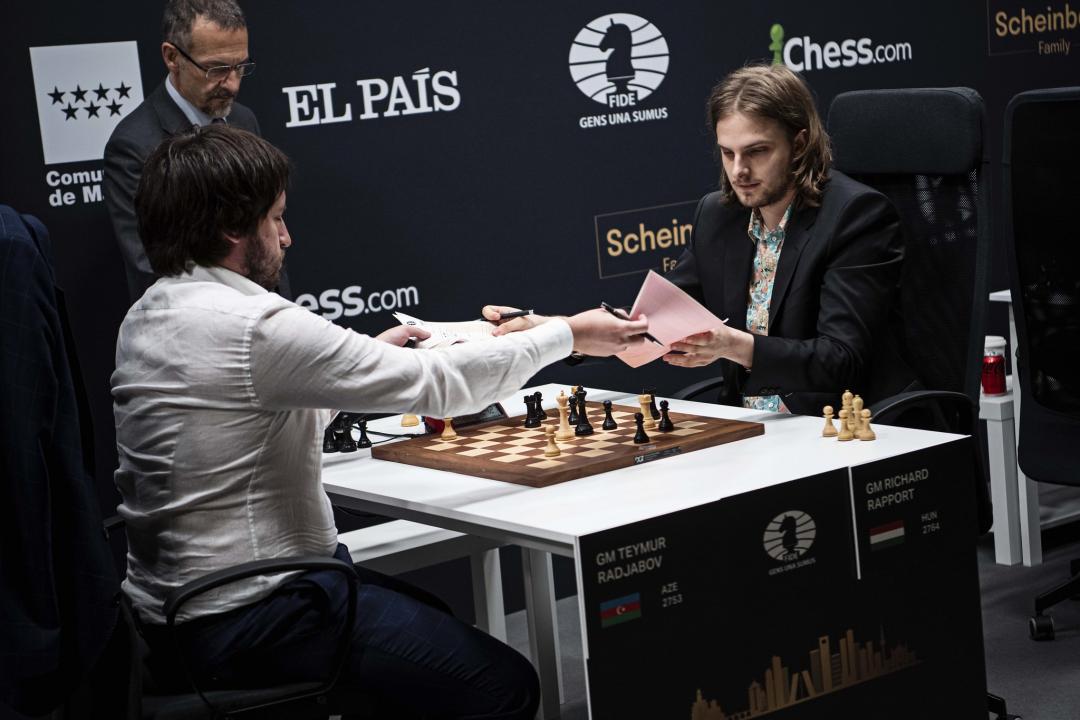 This was an interesting, creative game by both players, entering a non-standard type of position and pawn structure. Both players made mistakes, but Rapport erred significantly on move 37, giving Radjabov the chance to take his first full point in the event (and his first in classical chess since 2019).

And then Radjabov took 16 seconds to force a draw when retreating the bishop would give him a winning position.

So where does this leave us after six rounds, and near the halfway point? It’s clear that some players are out of form (Firouzja, Radjabov), and others have yet to fully hit their stride (Ding Liren, Nakamura). Still, it seems fair to say that the two current leaders are there by merit.

Nepomniachtchi has largely taken his chances, although he was fortunate to draw on Wednesday against Nakamura. And Caruana has played the strong, steady chess for which he is well-known.

Who will win? I have no idea. This thing is far from over.

Play resumes Saturday at 9 a.m. eastern with the seventh round. Here are the pairings.