The game that garnered most of the attention this round was Nakamura-Caruana, a complicated slugfest which also had the biggest effect on the standings. By winning, Nakamura came within striking range of the leaders, while Caruana fell a full point behind Nepomniachtchi. The other decisive game was Rapport-Duda, in which Rapport became only the fourth player to actually chalk up a win and kept his hopes alive in the overall race. 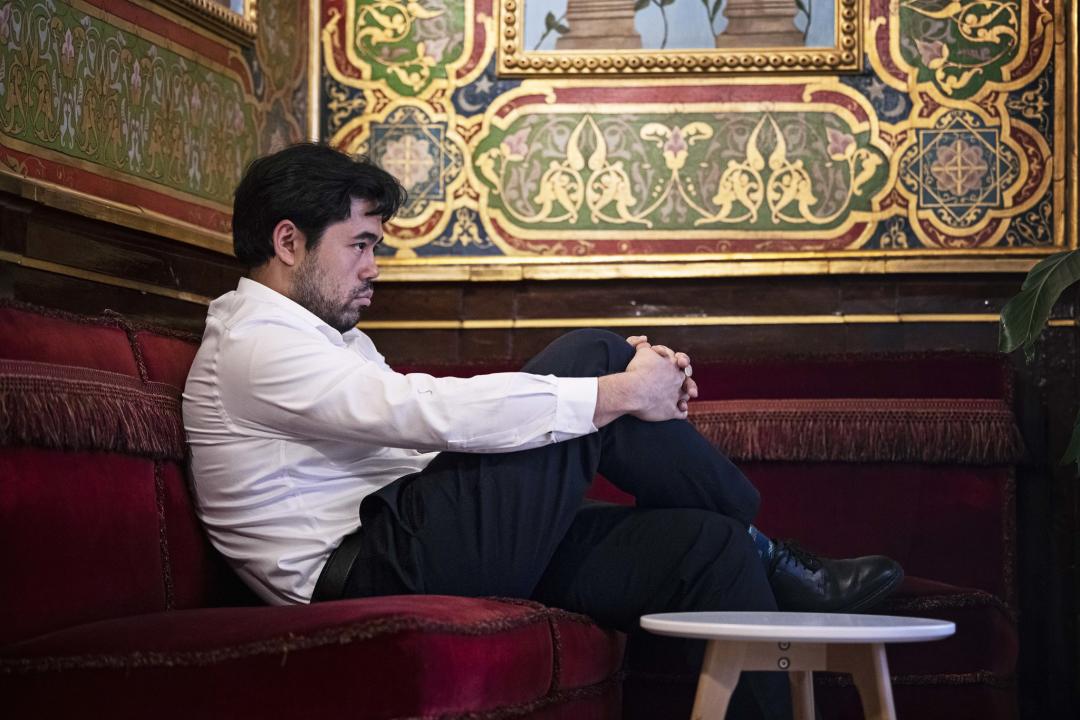 Here’s a brief summary of the action with notes on the two decisive contests.

There’s not much to say about Nepomniachtchi-Ding. Ding doubtless would have liked to play for a win, but, not for the first time, faced a sterile opening in which opportunities were lacking. Nepomniachtchi played the Scotch Four Knights and Ding properly played into one of the main neutralizing variations. The players didn’t depart from theory until move 21 and drew with a repetition following a number of thoroughly harmless moves. It’s hard to fault Nepo wanting a rest after so many decisive games, but one has to feel for Ding, who hasn’t been able to show his considerable strength yet in this event. 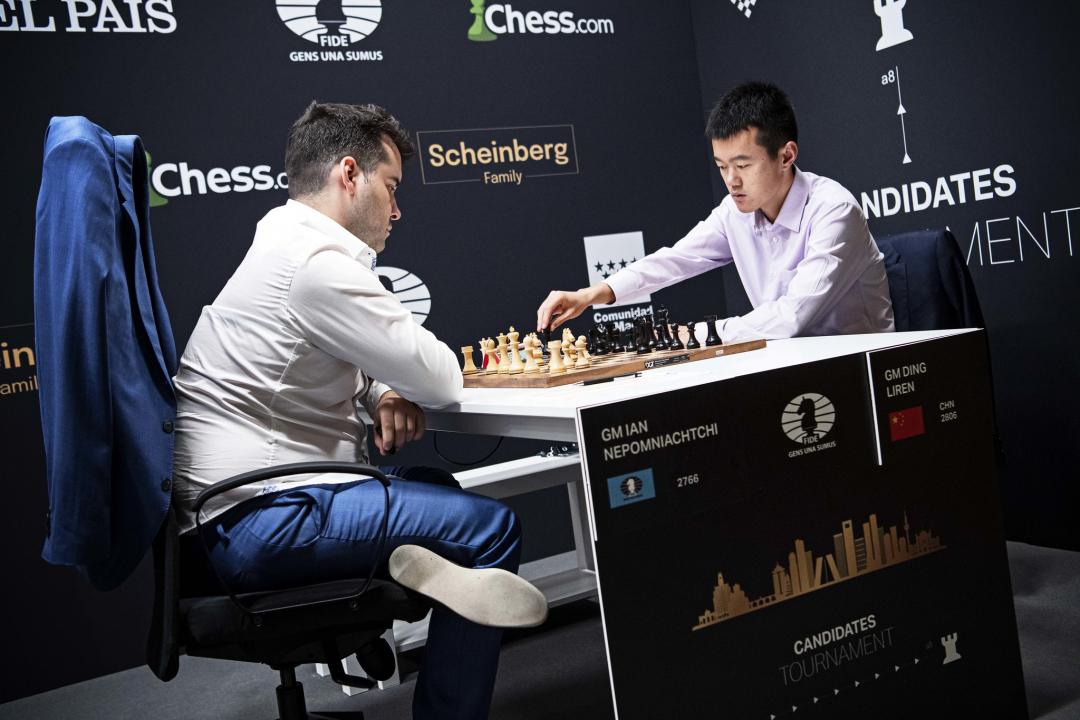 Image Caption
Nepomniachtchi and Ding in round 8 of the 2022 FIDE Candidates. Photo: Stev Bonhage/FIDE

Firouzja-Radjabov was the longest game (over seven hours). The players followed a main line of the Giouco Piano which has plenty of positional subtleties, but offers few chances for either side to create dynamic chances. Most of the game featured extremely slow play designed to achieve minor advantages; Black made his first and only change in central pawn structure (the advance …d5) on move 81, a dozen moves before the end. While not compelling theater, this was an instructive game for 1. e4 e5 players and required accurate treatment on both players’ part. They worked hard to make something happen and fought through some serious time pressure. You feel that, given their toughness, one or both will soon break through with a win. 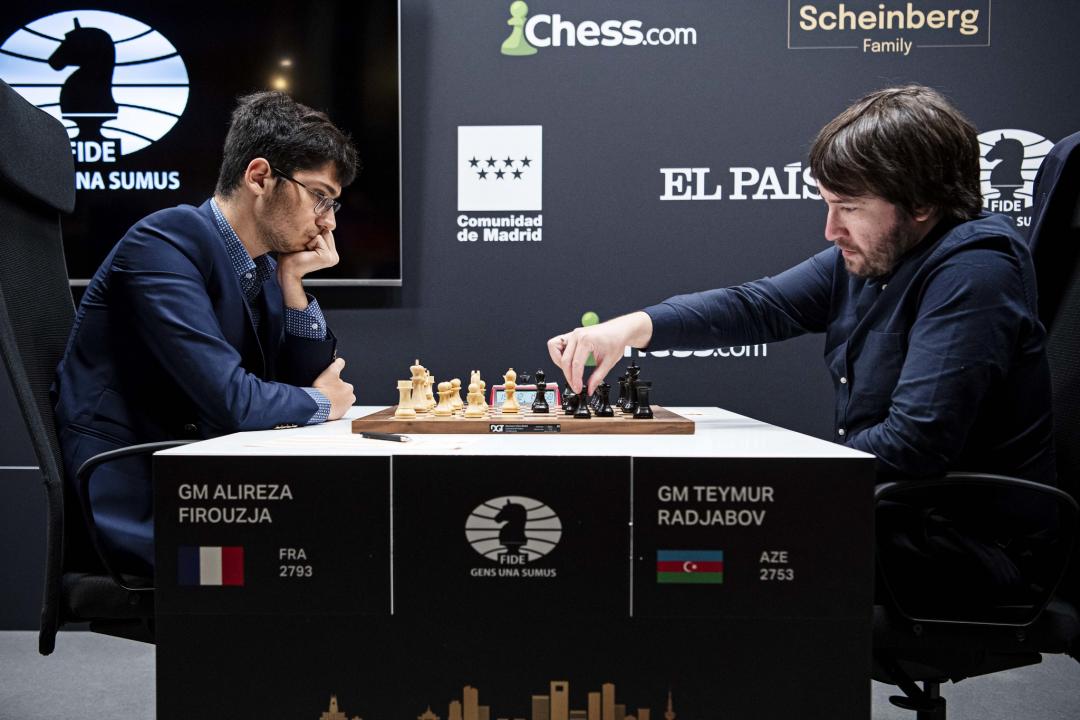 Image Caption
Firouzja and Radjabov square off in round 8 of the 2022 FIDE Candidates. Photo: Stev Bonhage/FIDE.

Rapport-Duda was a dynamic, well-fought game in which Black responded well to White’s expansion on the kingside, until he suddenly miscalculated something and lost the thread. A nice win by Rapport, but the game doesn’t do justice to Duda’s normally solid judgment: 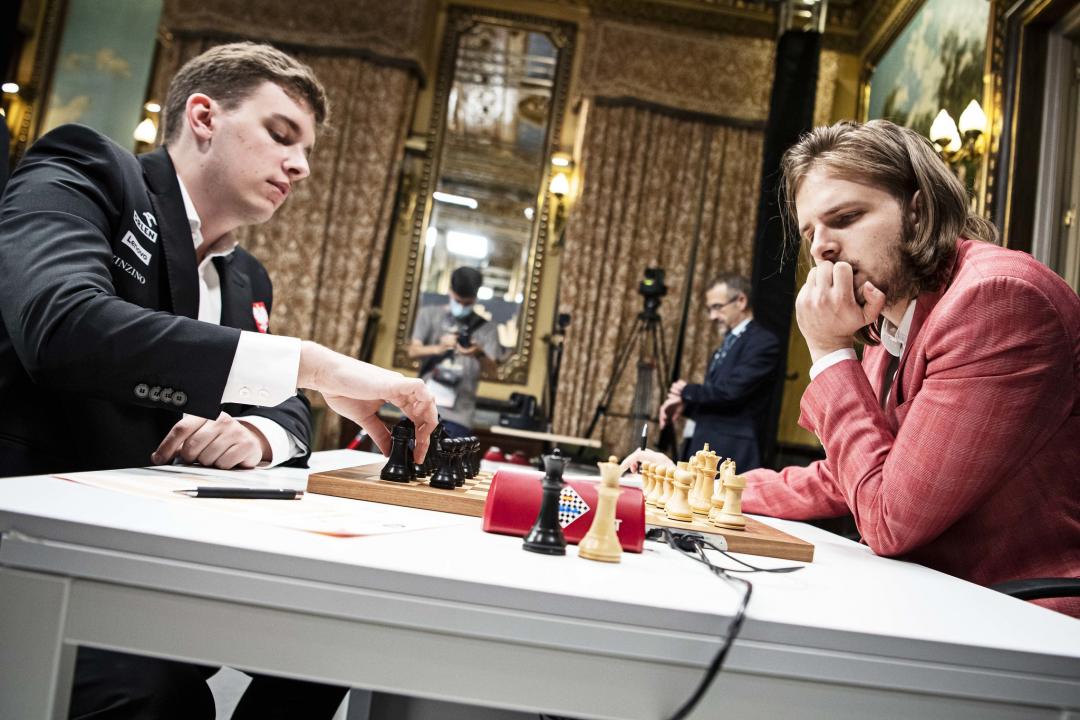 Image Caption
Duda and Rapport prepare for their round 8 bout at the 2022 FIDE Candidates. Photo: Stev Bonhage/FIDE.

Nakamura-Caruana featured the newly fashionable Dilworth Variation of the Open Ruy Lopez. Both sides were well-prepared, but for once, Caruana hadn’t properly assessed the key position and had to struggle against White’s pressure for the entire game: 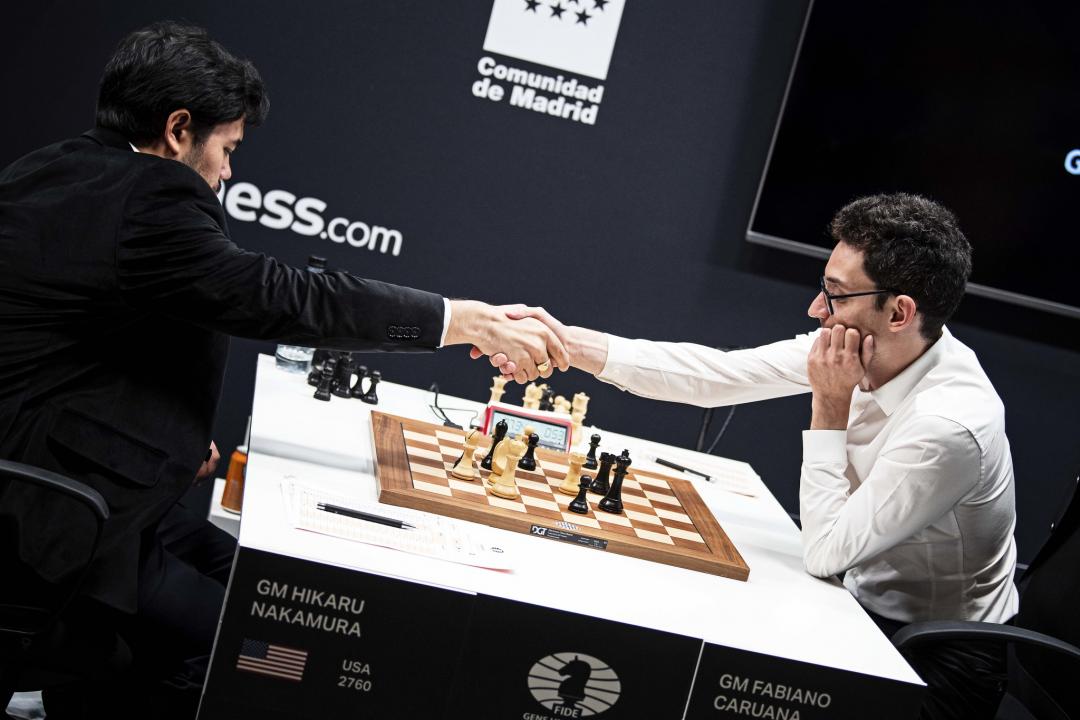