Nepo Tightens His Grip, but It's Not a Done Deal

With a big win today against Alireza Firouzja in round 11 of the 2022 FIDE Candidates Tournament, Ian Nepomniachtchi’s smile is almost wider than his lead. Picking up the full-point, Nepo chalks up an impressive 8/11. 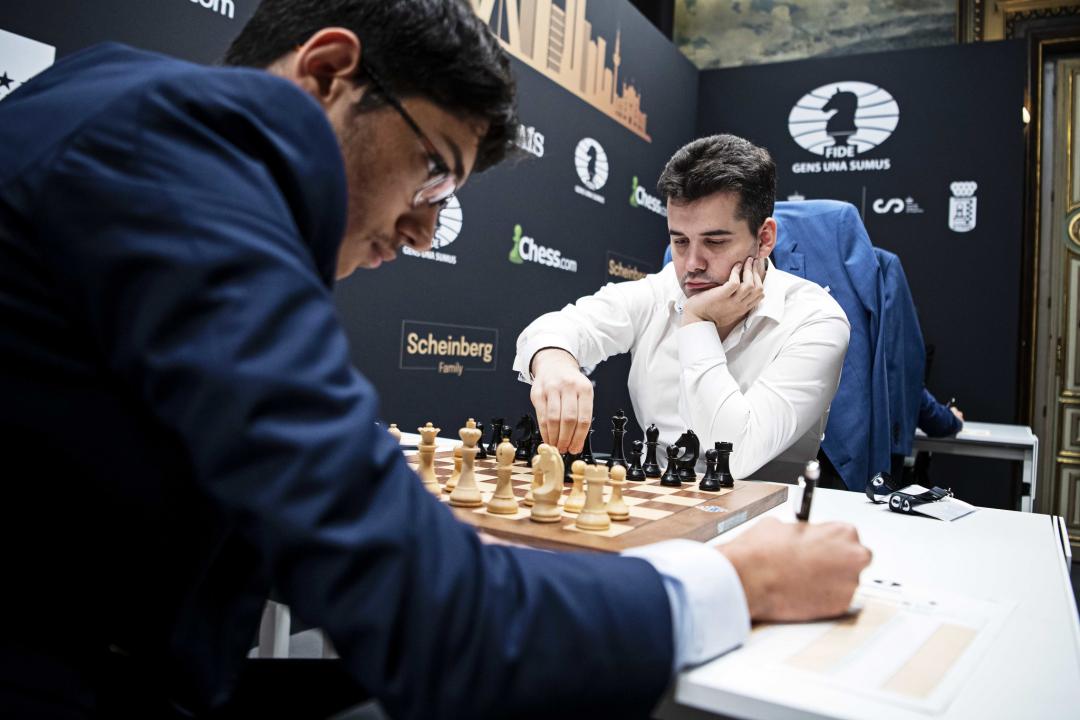 Draws today between Nakamura/Rapport and Radjabov/Duda gave him an additional half-point cushion. But a startling fold by Caruana in his opposite-color bishop endgame against Ding Liren now puts the Chinese contender and Hikaru Nakamura in the only real, but extremely difficult spot to strike at number one. 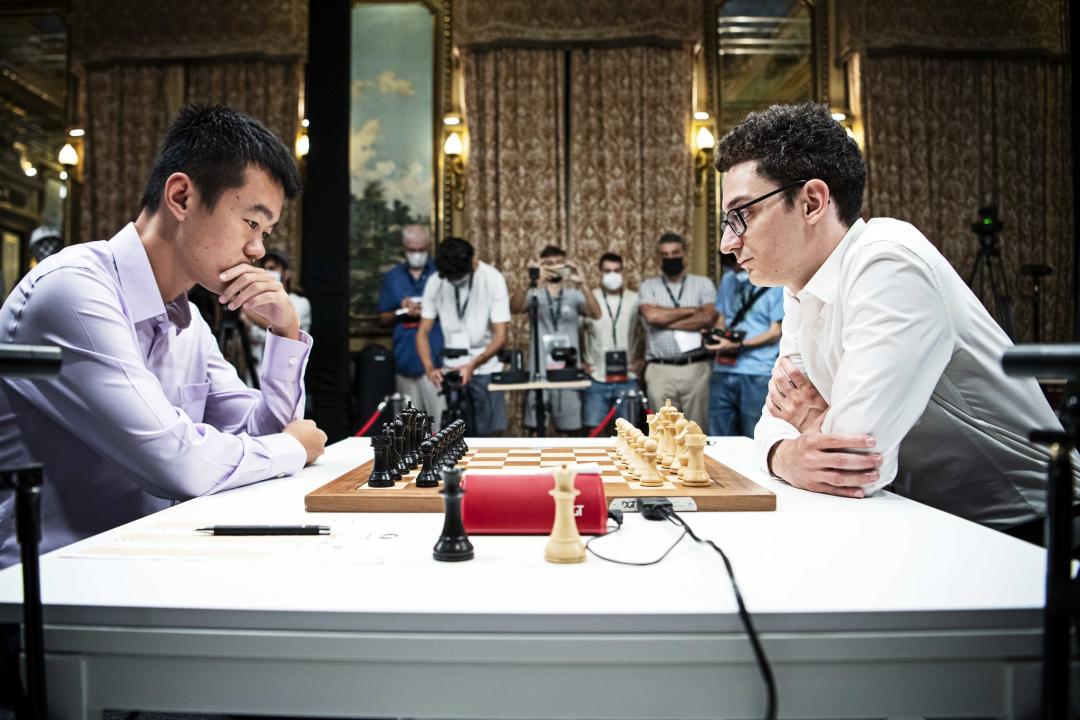 Image Caption
Ding Liren and Fabiano Caruana square off in Round 11 of the 2022 FIDE Candidates. Photo: Stev Bonhage/FIDE

How difficult? Short of an intervention like, oh, maybe aliens landing in Madrid, saying “take me to your leader,” and beaming Nepo onto their ship and disappearing forever, it’s looking like Ian has an open route to his second world championship match. But, it still isn't a mathematical certainty.

If the aliens don’t come, there are some realistic paths for Nakamura and Ding to get into tie-breaks or even win (!), but it relies on tomorrow’s round 12 match between Nepomniachtchi and Nakamura. If Hikaru can grab that point as Black, a lot will still need to go right (or wrong, depending on your perspective) for Nepo’s spot to be seriously put into question by either challenger who must face each other in round 14. But Ding is hot right now, currently on a 3-game tear; Nakamura is an enterprising fighter when the chips are down; and Nepo has dropped his share of balls before -- it's possible.

Anything's possible though, so let us know if there are any UFO sightings above Palacio de Santona tonight.

Below, GM Jacob Aagaard provides us with his daily annotations and commentary on today's round 11 contests. See each round's annotations in our complete Candidates Lichess study. 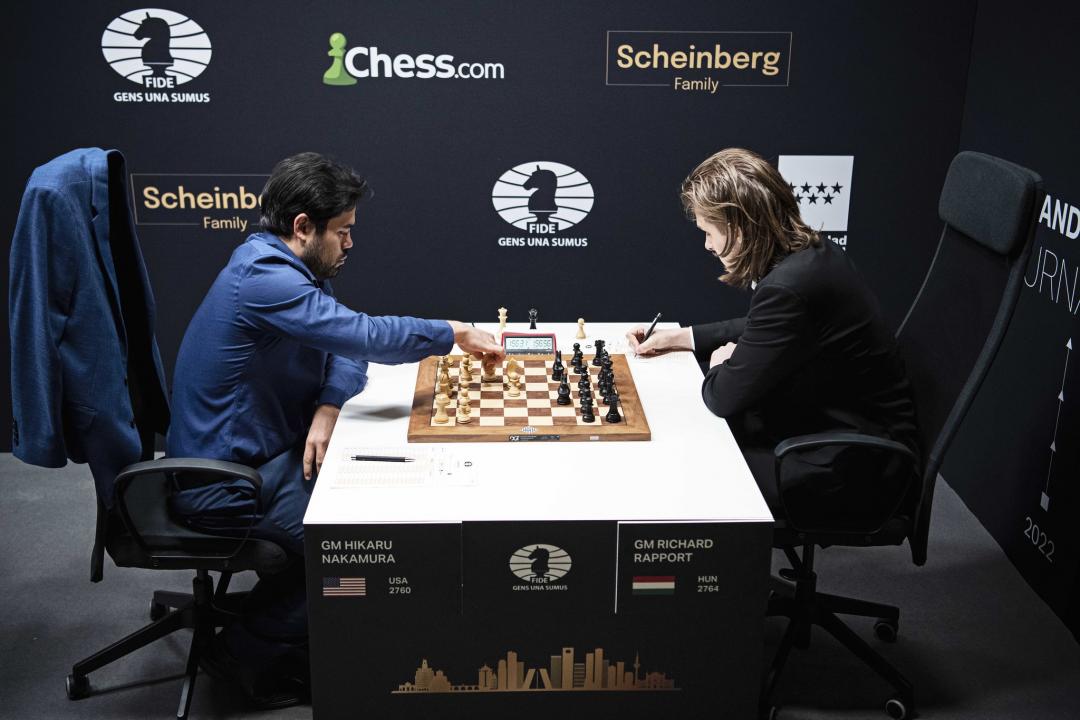 Image Caption
Nakamura and Rapport in Round 11 of the 2022 FIDE Candidates. Photo: Stev Bonhage/FIDE.

Spittin’ Bullets in a Sideshow

Prior to his engagement with Nepo today, Alireza Firouzja went on a bullet bender against popular streamer and New York Times chess columnist, GM Daniel Naroditsky. The two played 250 30-second games on Lichess for three hours until 5:42 a.m., Madrid time, leaving Alireza with less than 10 hours before reporting to the Candidates.

While many wondered if this was a good idea, world champion Magnus Carlsen seemed to think that Firoujza’s epic side match might light a fire.

Unfortunately for the champ, who has been vocal about his lack of enthusiasm for facing Nepo (or anyone but Firouzja) in a title bout, his prediction didn’t pan out and Firouzja's floundering today puts Ian closer to reprising his role as Carlsen’s challenger.

Regardless of the impact a 250-game bullet match with Danya may have had, it was a fount of entertainment for fans of both players and fans of high-level chess played incomprehensibly fast. Naroditsky streamed the first part of the match on his Twitch channel with WGM Dina Belenkaya, and IM John Bartholomew and Epiphany Peters (aka marichess) hosted watch parties on their Twitch streams at the tail end.

When the dust settled in the sideshow, the final result was 133-99-18, in favor of GM Naroditsky.

The Candidates Tournament continues with Round 12 on Friday, July 1 at 9 a.m. ET.

The pairings for round 12 are: