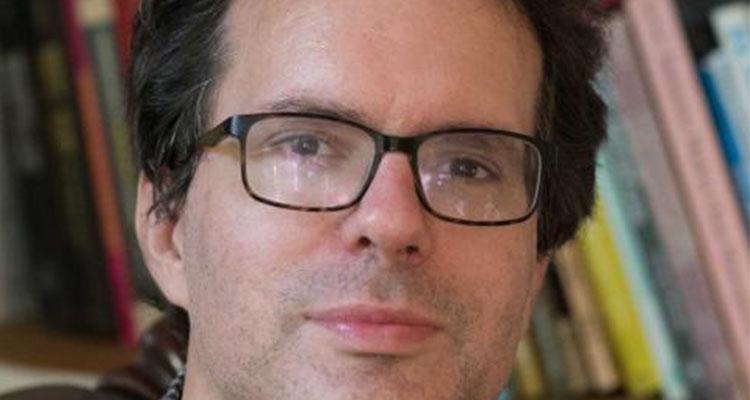 Many years ago at Masterman High School in Philadelphia, I would often play second board behind IM Greg Shahade, so when he was too lazy busy to carry on his handicapping tradition and preview the second half of the FIDE Candidates Tournament, it was only natural that I pick up the baton.

And while I cannot match Greg’s chess strength (or his physical strength, for that matter), we share a background of having once played poker for a living and, thus, in theory, we used to know something about assessing odds. So with the help of a few friends, I feel reasonably qualified to tackle the question we have been waiting more than a year to finally answer: What is likely to happen when FIDE resumes its Candidates Tournament on Monday, April 19?

We will discuss each of the participants, along with their odds of winning the tournament according to Unibet*, as well as the estimated tournament-win probabilities from a predictive analytics model created by accountant/stay at home dad/chess fan and creator of the insightful Chess by the Numbers blog, Tai Pruce-Zimmerman#. Here we go! 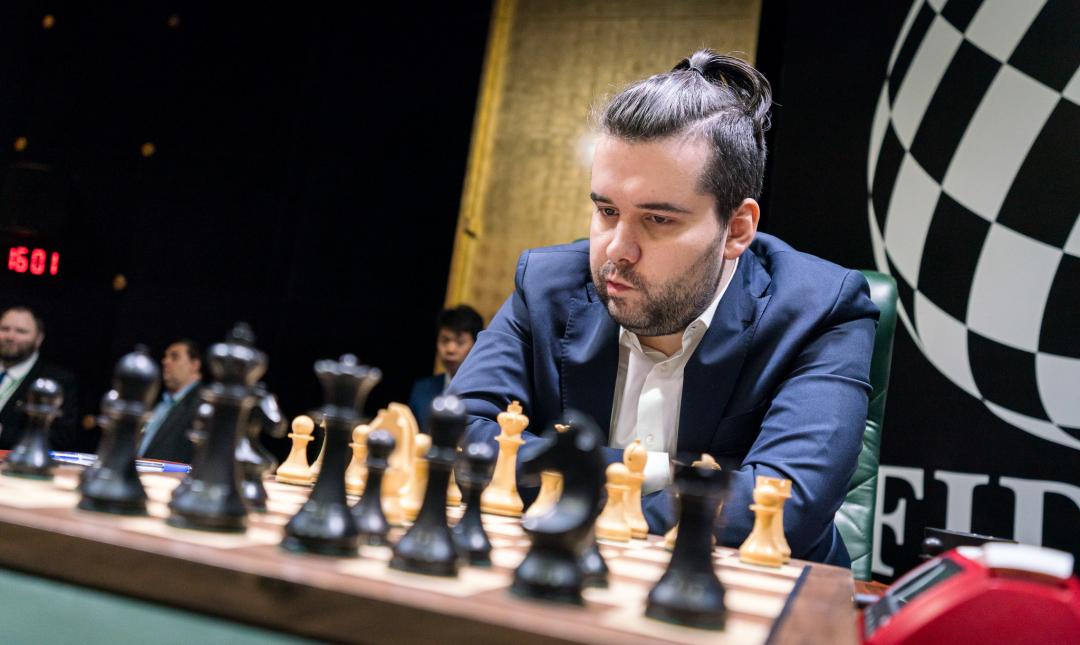 “Nepo” has been a frequent top-ten player who has ascended to No. 4 in the world in recent years. He would be a compelling challenger to Magnus, as he has a plus-score against him in classical chess and can hold his own in rapid tiebreaks. In fact, Magnus himself touts Ian as the favorite because 1) He is tied with the most points in first place, and 2) Vachier-Lagrave, the guy who he is tied with, plays Black an extra time. See, chess handicapping isn’t so hard! 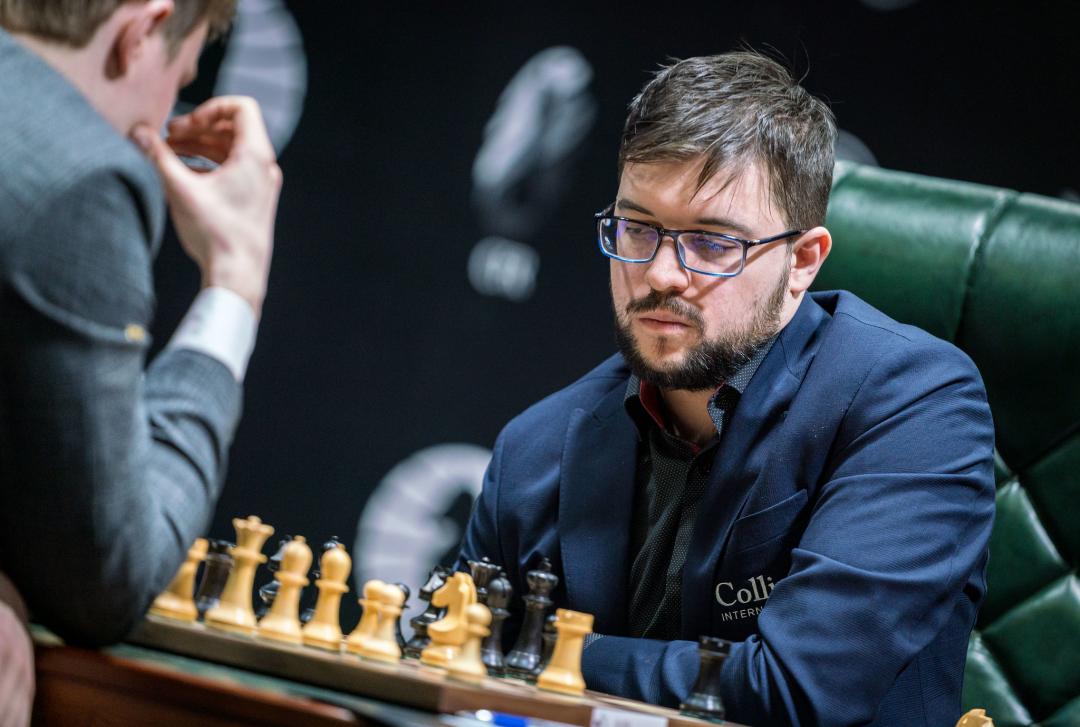 MVL hasn’t been in peak form of late and, although GM Peter Svidler told me that momentum is overrated, no one that I polled favored the Frenchman to win the tournament. (To be fair, I didn’t ask any French people!) The highest endorsement I found was from friendly English Grandmaster, author, and endgame technician extraordinaire Keith Arkell, who said:

“If I could choose the winner, I would perhaps go for Maxime. However, I feel that I have been watching Giri and Nepo make the most progress as players over the lockdown year. And because Nepo is a point ahead of Giri, I think he is the most-likely winner and challenger to Magnus.”

Despite some recent struggles, the friendly Frenchman obviously has a lot of people rooting for him, and MVL is fully capable of harnessing his famed"> calculation prowess to emerge as Magnus’ challenger. 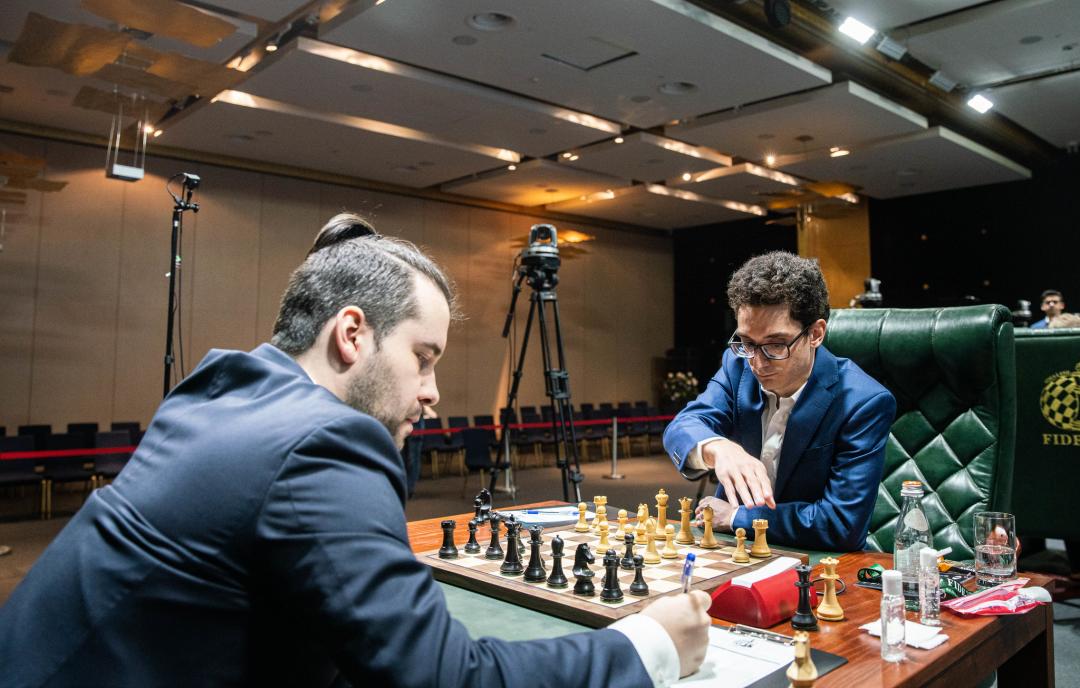 Key Matchup: White vs. MVL, Round 8

The first thing you should know about Fabiano Caruana is that he is very good at chess – No. 2 in the world, in fact. He has also proved that his nerves can handle the stress of chess’ biggest stage. Fabiano trails the leaders of this tournament by one point, but with White against MVL in the first game – and a year’s worth of opening preparation to unveil – he could quickly erase that lead.

He is also, of course, loved by the American-skewed handful of titled players that I polled. ChessDojo’s IM Kostya Kavutskiy tapped Fabi as the winner, mainly because he is rooting for him. WGM Tatev Abrahamyan is also on Team Fabi, but asked that we retroactively change her pick to whoever wins the tournament!

GM Jacob Aagaard, who will be continuing his excellent Candidates coverage for CLO beginning Monday, pulled the fewest punches. Jacob told me: “I think Caruana will win. I do not believe in the stability of Nepomniachtchi, and MVL has always choked. Of the rest, Caruana is best placed to lead the pack.”

There you have it, Fabi Nation. 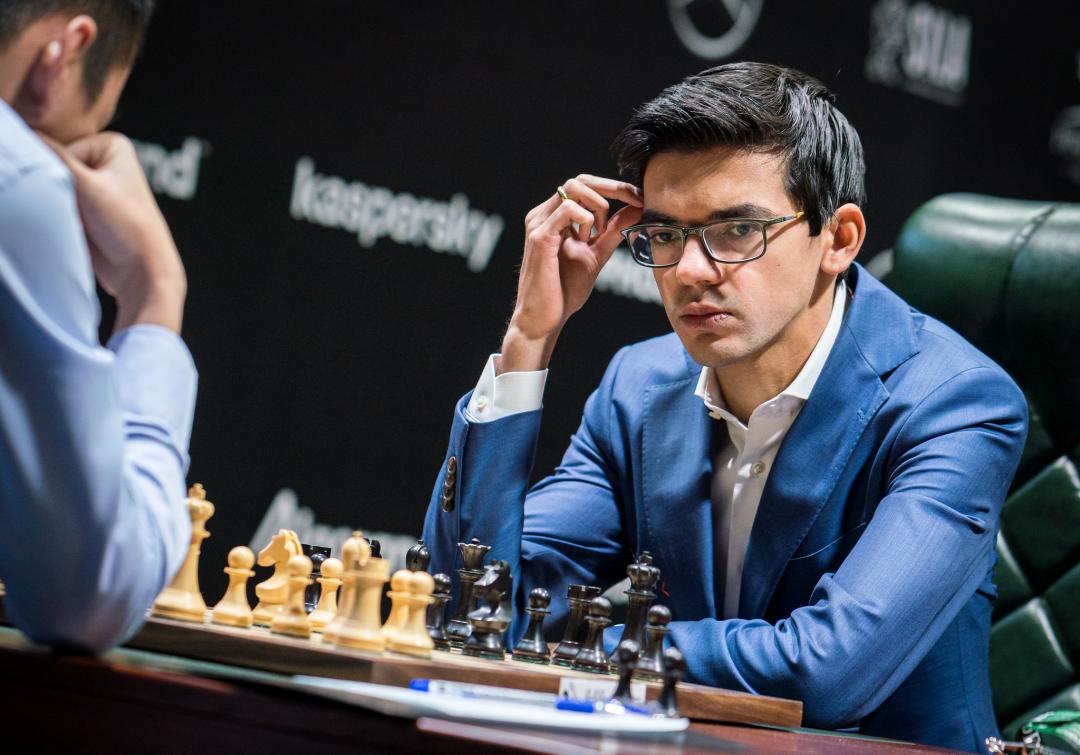 Key Matchup: Black vs. Nepomniachtchi, Round 8

Considering Giri has the same score as Caruana, the predictive models really don’t fancy his chances! Chess Twitter stalwart Matt Fletcher, aka @WMILTTI, has built a model that has Giri with only 2% chances to win! Though I think these models underrate Giri. He showed strong form when winning the online 2021 Magnus Invitational, and he backed it up by sharing first in an actual elite OTB event at 2021 Tata Steel. Anish might need to steal a game with Black, or hold serve while playing Black four times and then clean up with White, but all that is pretty doable for a player with his level of preparation. 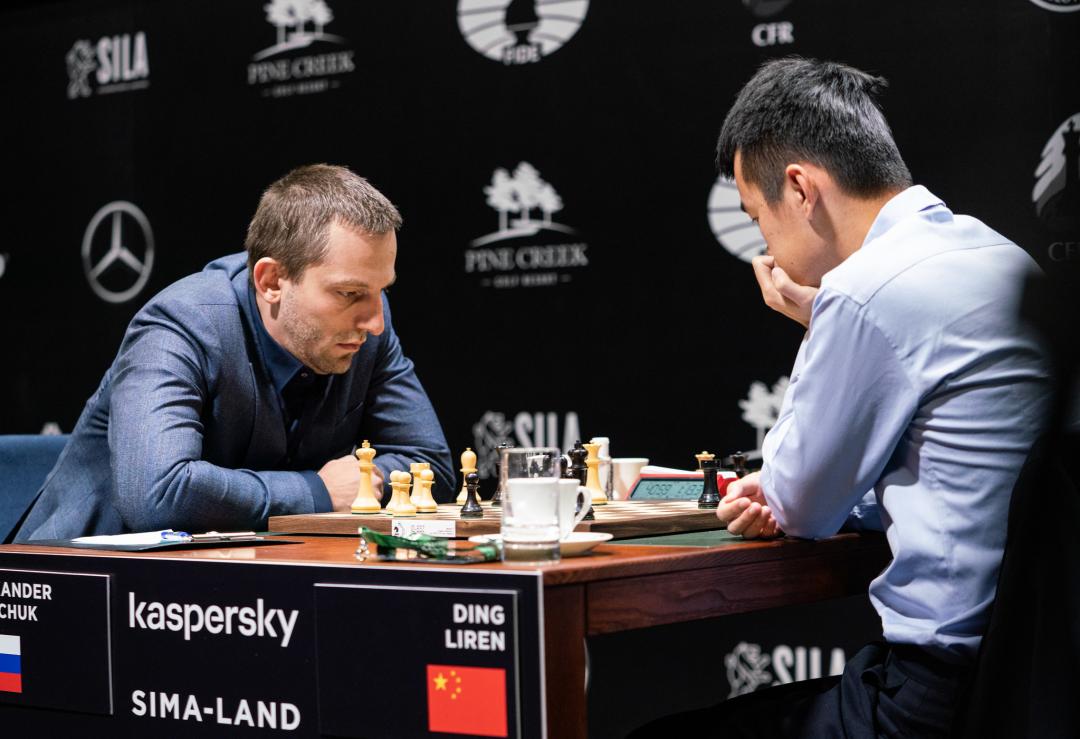 Key Matchup: White vs. Nepomniatchchi, Round 9

With 4 games remaining as Black and one point behind the leaders, the beloved and wry Russian veteran faces a steep -- though not insurmountable -- climb. It turns out this isn’t the only Candidates preview on the internet, and Magnus Carlsen’s head trainer, GM Peter Heine Nielsen, shared a brilliant insight over on Chess24.com: Peter pointed to an advantage that Grischuk is the only participant to draw each of his first seven games.

“Having made all draws is not too bad. I understand that right now it’s not good for his tiebreak, but it means, whoever he beats he has a plus score against and will be ahead of him by tiebreaks, so he basically just has to beat the leaders in order to be first and to have a massive advantage over them. When you face Grischuk it’s an unpleasant game, because if you lose to him, he’ll overtake you and he’ll beat you on tiebreak as well.”

Despite GM Grischuk’s immensely accomplished chess career, his untreated time-trouble addiction, and his lucrative side hustle as an accomplished poker professional, can give the impression that he could accomplish even more in chess. It would be great to see him do so, if only for more Grischuk"> press conferences. 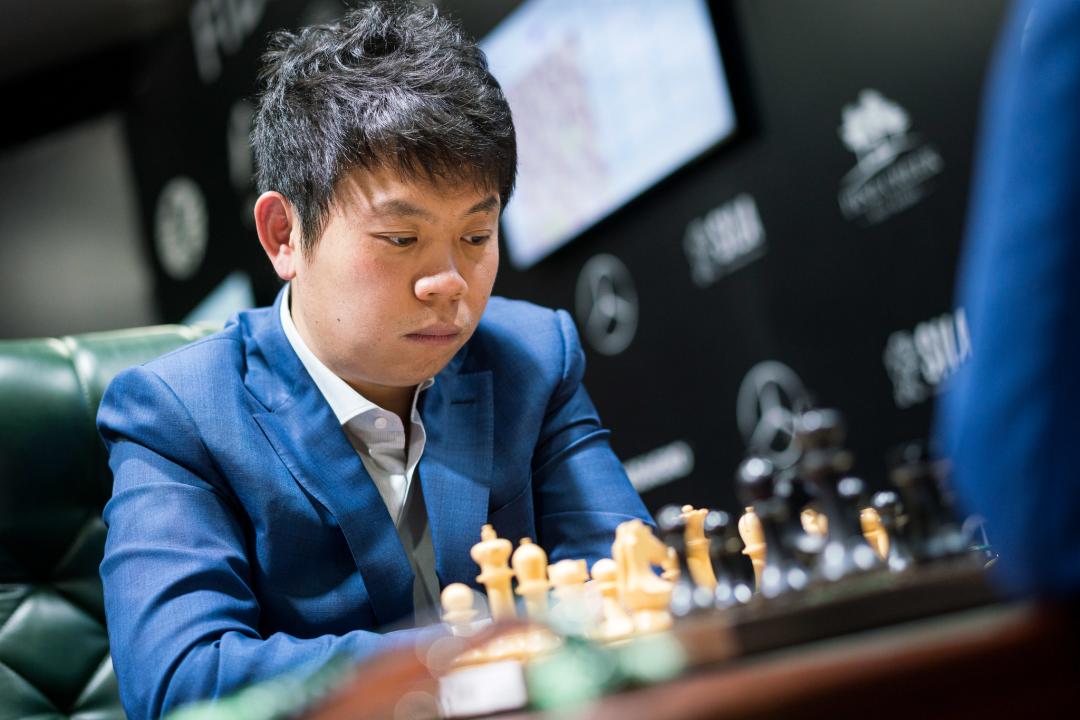 Key Matchup: Black vs. Vachier-Lagrave, Round 14

Wang Hao somewhat surprisingly qualified for the Candidates by winning the FIDE Grand Swiss. Less surprisingly, he did not think FIDE should have staged the first half of the tournament amidst the onset of a global pandemic. Despite his laudable objection to the risks of staging the first half of the tournament, Wang Hao held his own over the board in the first half. He beat Ding Liren with Black in round 1 and arrived at the midway point with an even score. With 4 Whites remaining and a veneer of unpredictability, his chances should not be discounted. 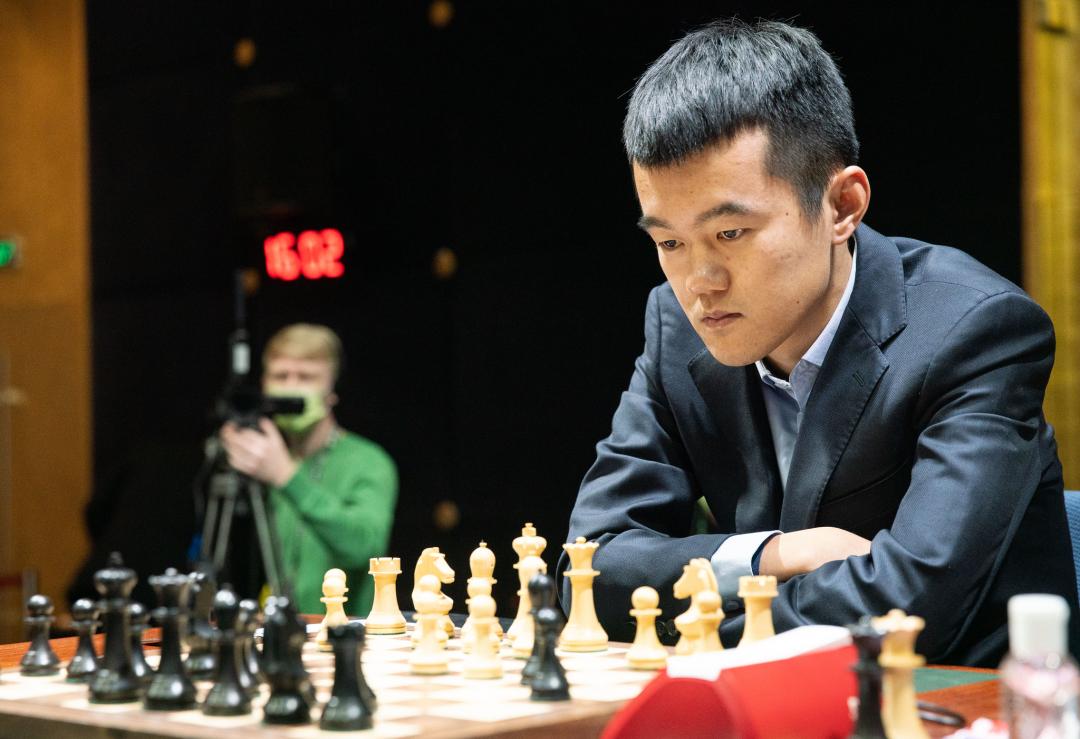 Ah Ding, what could have been. The dynamic World No. 3 seemed to be the hipster pick to win the tournament prior to its first half. But he disappointed, perhaps thrown off by multiple quarantines and the surreal circumstances of the first half of the FIDE Candidates Tournament. Now, he will likely need a historic run to enter the winner’s circle. Before picking Fabiano, ChessDojo’s GM Jesse Kraai told me:

“I think Ding is at the same level (of play) as Fabi, but he has less points!” Ding’s first game is crucial, because if he can avenge his Black loss to Wang Hao with a win of his own, he will have a legitimate chance. 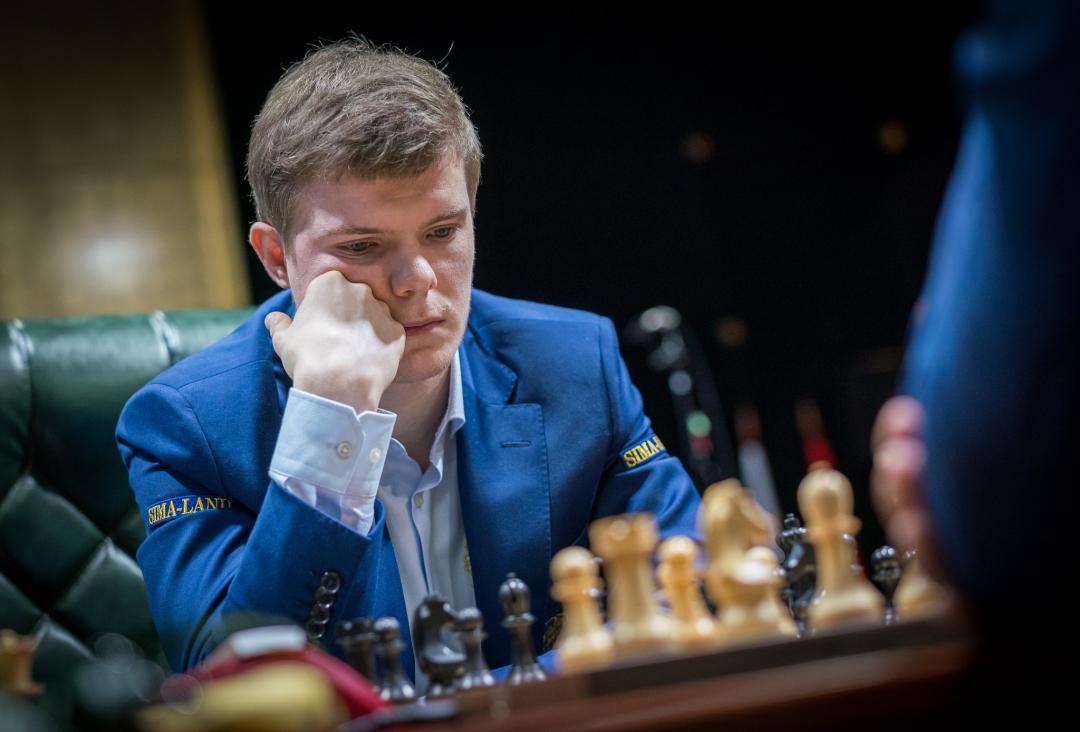 The youngest, lowest-rated participant managed five draws with two losses against the world’s stiffest competition. Now he, along with Svidler as his second, returns to Yekaterinaburg looking to learn a few things and raise his profile even higher. Alekseenko has been quiet during quarantine and is young enough that seeing him take another leap in chess strength would not be shocking. He is unlikely to win the tournament, but a landscape-altering upset or two is entirely possible for the young Russian GM.

So who is going to win, Ben?

When I messaged former FIDE World Champion GM Ruslan Ponomariov for his take on this tournament, he nodded to former World Champion Garry Kasparov’s prediction prior to the first half of the Candidates:

“(Caruana and Ding) are huge favorites,” he said. “You need a natural disaster for one of them not to win."

His point, of course, is that a healthy amount of modesty is required when venturing predictions. Ponomariov nonetheless did go on to say that he thinks Nepomniachtchi is the most-likely winner.

And I feel similarly. If making one pick, it seems silly to go against Nepo. But I will say that anything can happen with a mere seven games per participant, so I am optimistic about the chances of Grischuk, Giri and Wang Hao relative to the markets and models.

In any event, I am so excited for this next chapter of chess history to finally be written. Whoever you are rooting for, let’s all hope for good health amongst the participants and tournament staff -- and for the drama to take place only on the chessboard!

* The Unibet odds have been converted from “American style” to percentages, then the substantial vigorish was removed and the numbers were rounded off, with the help of Benjamin Portheault. Due to rounding errors, the total Unibet percentages add up to 98%, but hey! At least we are close.

# Here is Tai’s brief explanation of how the model was created: "I use a Monte Carlo model to predict the tournament results, meaning I simulate the event thousands of times based on the players' ratings, and use those simulations to determine the odds of each possible result occurring."

(shout out to Teimour Radjabov as well, his good judgment deserved a better fate)

No mention of Radjabov?

No mention of Radjabov?

Why would you expect…

Why would you expect Radjabov to get a mention? He elected to not play and MVL replaced him.