Picking the Candidates with Greg Shahade 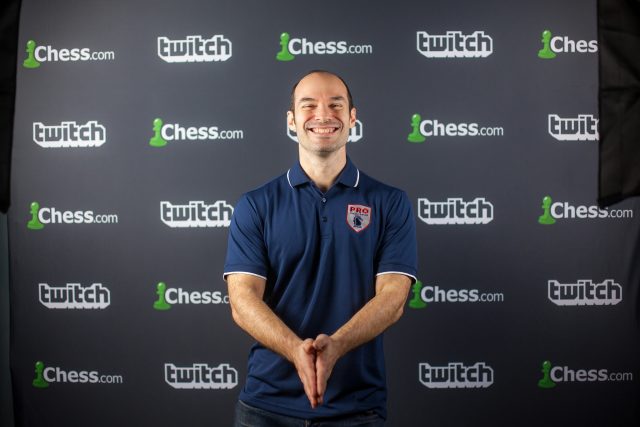 Photo Eric Rosen
With the Candidates now just two days away (*knock on wood*), it’s time to get serious. Who’s going to win? CLO reached out to one of America’s leading chess handicappers to provide our readers with the inside dirt. Welcome back to uschess.org, IM Greg Shahade! 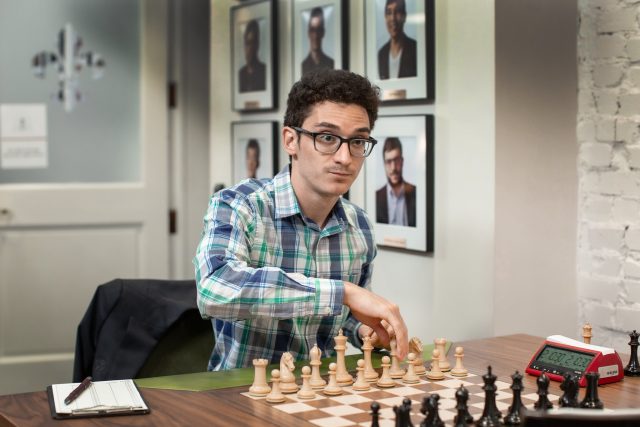 photo Justin Kellar
Fabiano Caruana (37%): Fabi has won this before and after a strong Tata Steel he’s the favorite to win it again. With the number 2 rating in the world by a significant margin, and experience at winning the Candidates in 2018, there is no question that Fabi is the player to beat, and in my opinion he is currently a level above Ding Liren and shouldn’t be in the same category. 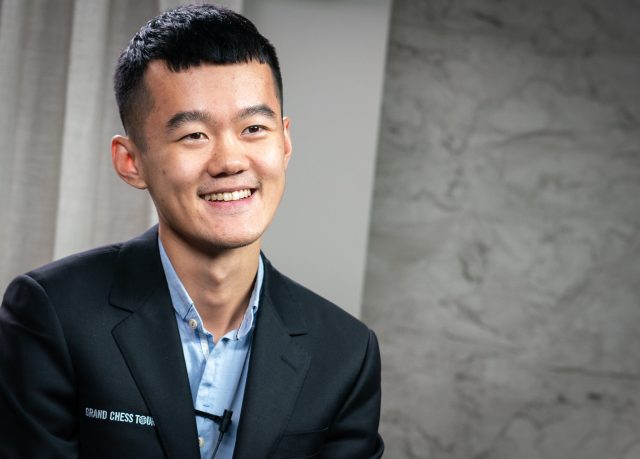 photo Lennart Ootes
Ding Liren (27%): Ding is certainly the player with the second highest chance to break through. Ding is a super solid player who rarely loses, but in a tournament like this in which you must finish in first place, his solid style may not be to his benefit. If he did win it would make his match with Carlsen very interesting. While Caruana got crushed by Carlsen in a rapid tiebreak, Ding convincingly beat Carlsen in the tiebreak at the Sinquefield Cup. However if we take a look at how Ding won the Sinquefield, he did it with 2 wins and 9 draws. A plus two score usually won’t be enough to win in the Candidates, and you could chalk that win up to good fortune in that no one had a bigger score. 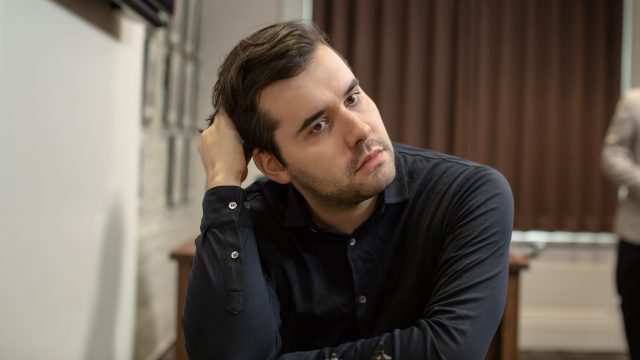 photo Justin Kellar
Ian Nepomniachtchi (12%): Nepo has the kind of style you’d like for a winner take all tournament like this. He wins and loses a lot of games, and has many fewer draws than his peers. In the Sinquefield Cup there was no player who had more than two decisive games...except for Nepo. Nepo had 6 decisive games out of 11, with 3 wins and 3 losses. If he keeps playing his kind of uncompromising chess, and maybe slows down and thinks a bit more in the critical moments, he’s the kind of guy who could put up a big score in the first half and put a lot of pressure on the rest of the field. I’m slightly influenced by Magnus Carlsen singling him out as the one guy aside from Caruana and Ding that he could see winning the event. (Editor’s note: GM Jacob Aagaard also sees Nepomniachtchi as the darkhorse in our"> preview video with CLO editor John Hartmann.) 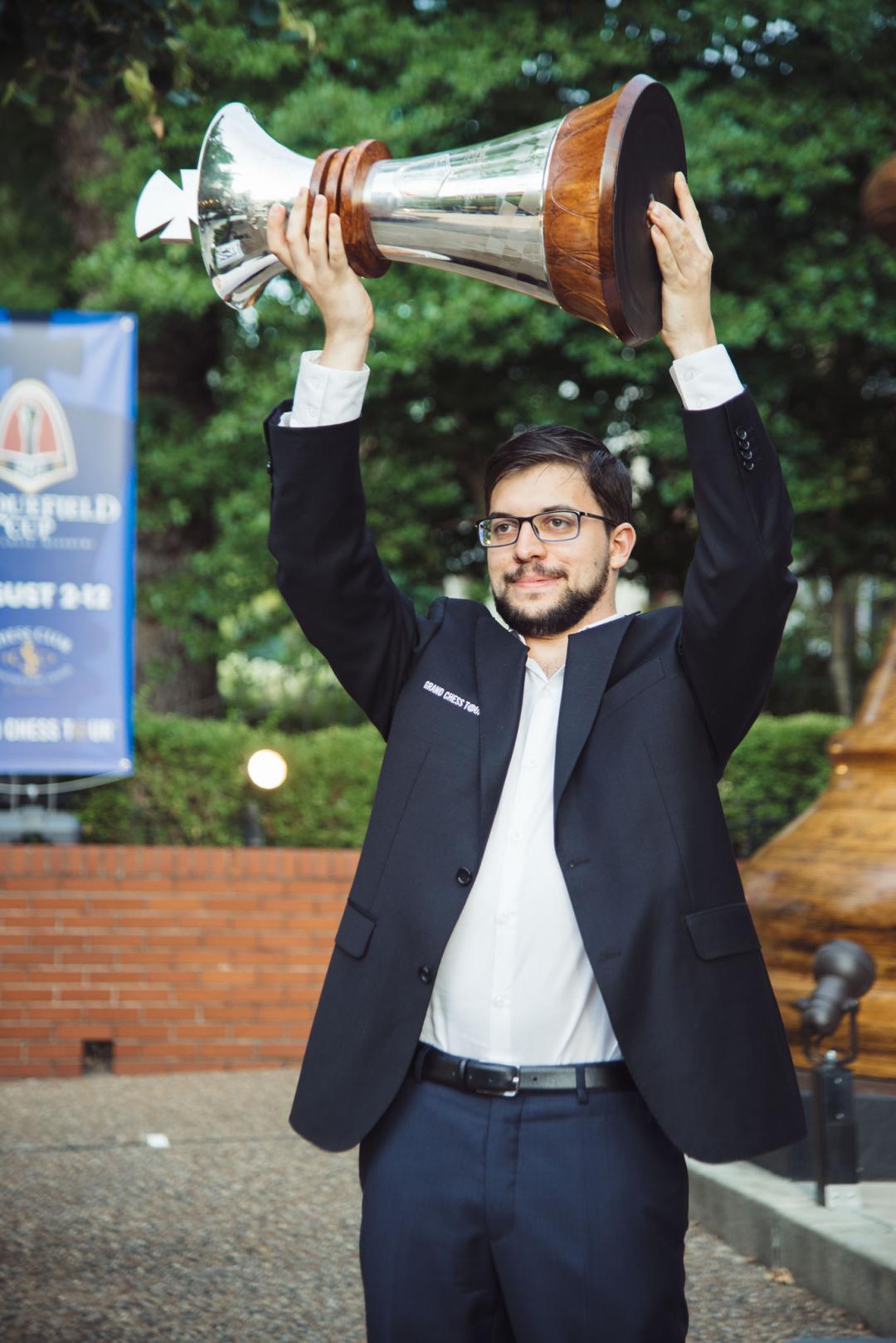 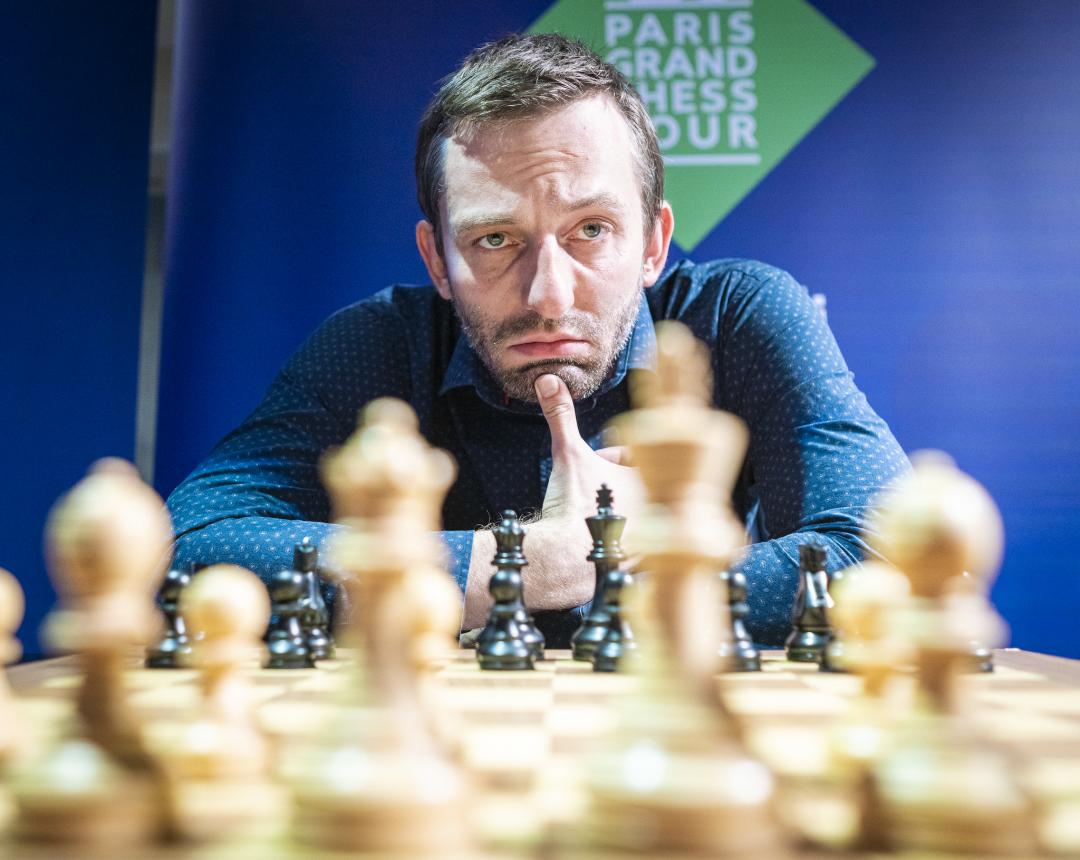 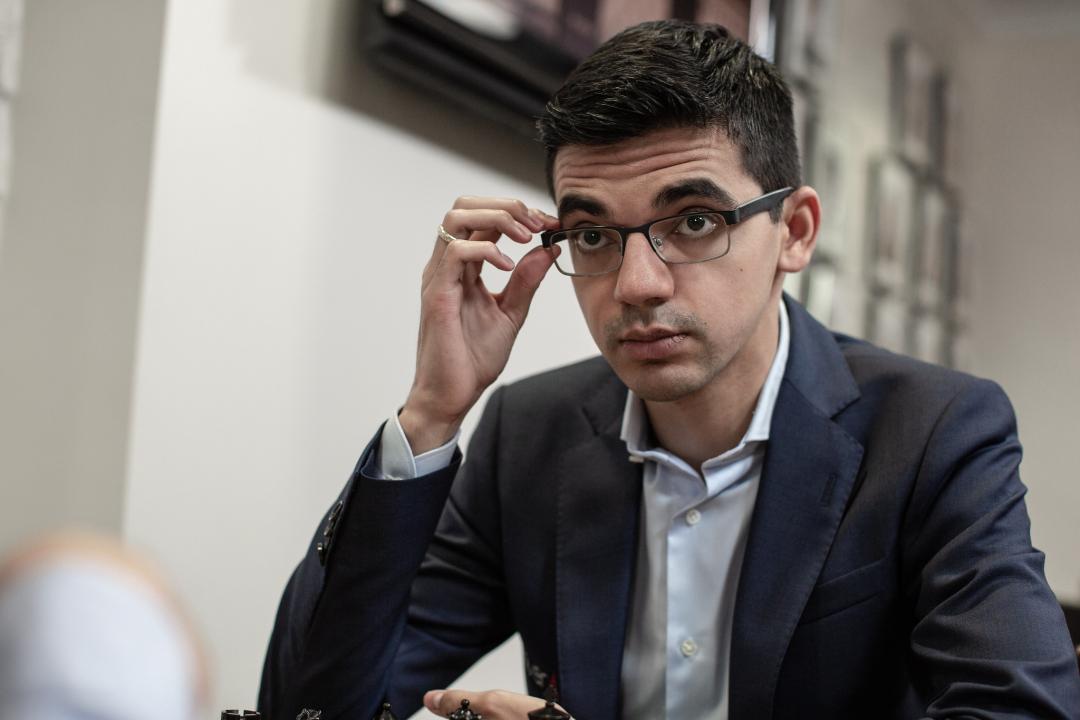 Anish Giri (photo Justin Kellar)
Maxime Vachier-Lagrave (10%), Alexander Grischuk (8%) and Anish Giri (6%) I don’t think any of these guys have a great chance to win the tournament, but they are all strong enough where it could happen. I have listed them in the order of how likely I think it is that they can win the event. They all have their weaknesses: Maxime has no flexibility in his opening choices (plays e4 almost every game, the Najdorf every game and the Grunfeld every game). I think it hurts when your opponent knows exactly what opening you’re going to play. Maxime also had less time to prepare for this event, so he’s less likely to have opening surprises in store than other players. Grischuk gets in time trouble way too often, and while he plays well under time pressure, it definitely opens him up to some inaccurate moves late in the game. Giri draws too many games. In fact in the 2016 Candidates he scored 14 draws. In Tata Steel he drew 11 games, lost one and won one. In the Sinquefield Cup he drew 9 games, won one and lost one. This kind of result is simply not enough to win the Candidates. 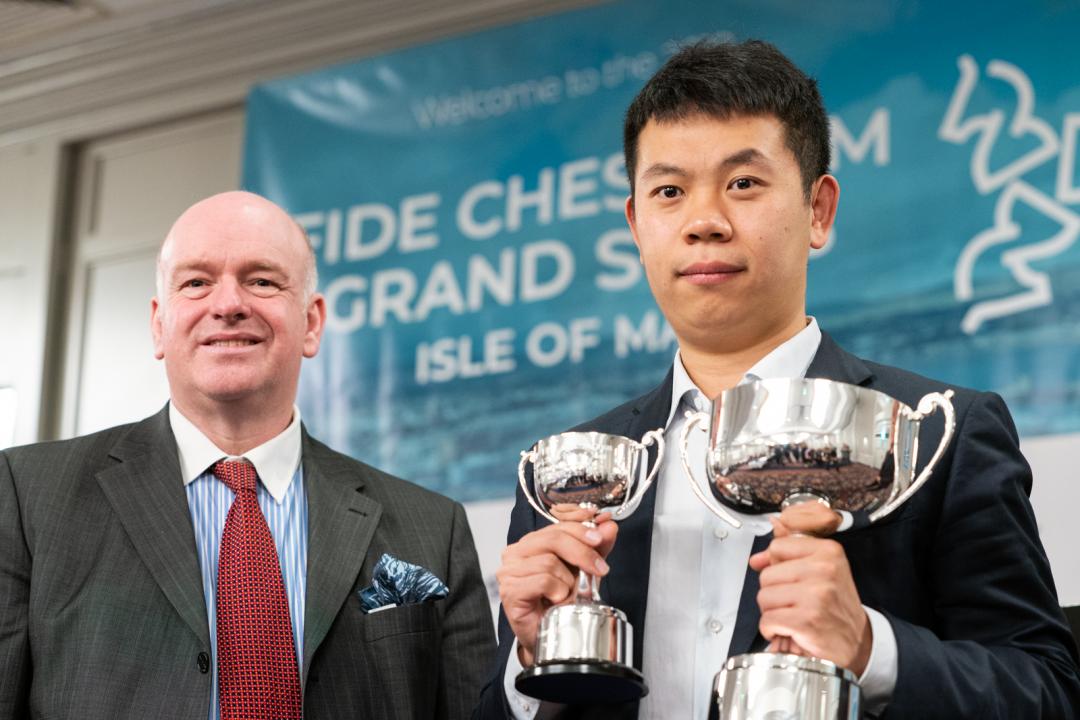 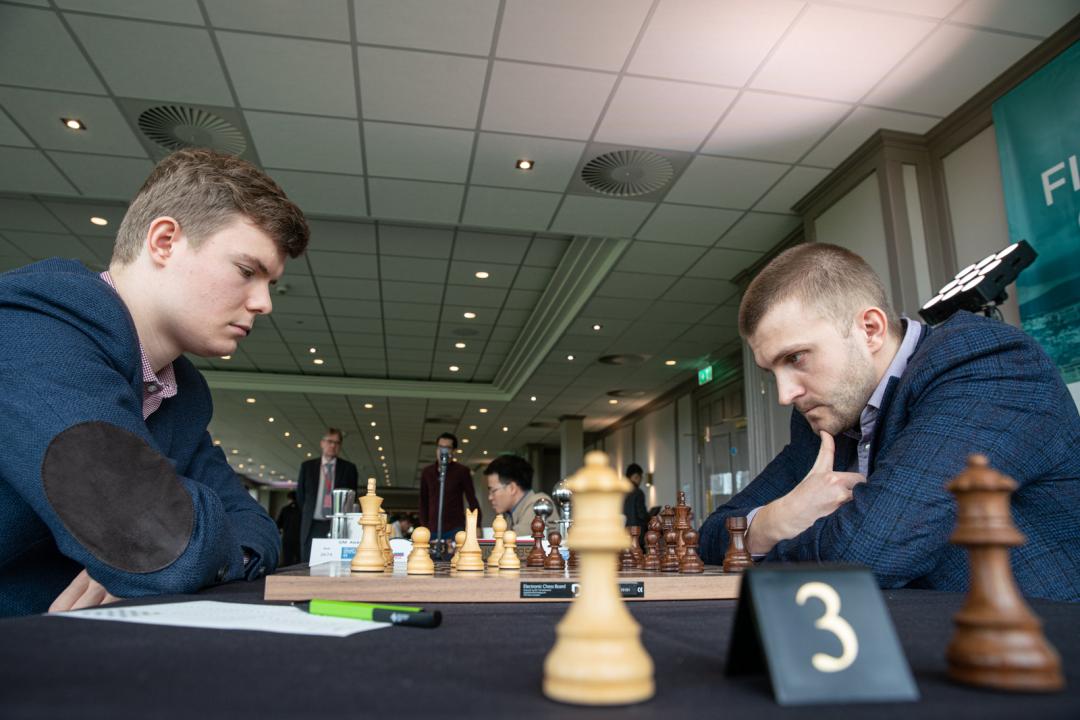 Alekseenko-Vitiugov (photo chess.com / Maria Emelianova)
Wang Hao (1%) and Kiril Alekseenko (<1%) I don’t see either of these two winning the event. Wang Hao has a very draw heavy style. In the 2019 Karpov Poikovsky round robin in June, Wang Hao drew every game, many of them being very short draws in under 30 moves. This kind of style just isn’t going to cut it if you want to win the Candidates. Alekseenko is about 150 points lower rated than Fabiano and there’s no reason that someone outrated by nearly 100 points in every game should have a realistic chance to win the event. However Alekseenko is a strong young player and has a chance to perform a lot better than people think. There was a lot of discussion that MVL should get the wildcard ahead of him, so I am sure that he would like to at least have a better score than MVL. He is also a big opening theoretician and relatively predictable in his openings (always plays 1.e4, always replies to 1.e4 with e5). It will be interesting to see if he has any surprises up his sleeve, as he has had months to prepare for the biggest chess event of his life. With this information, you are now ready to join in one of the most venerable traditions of American life: fantasy sports.

Greg helped the Chess24 team create their two (overall and round by round) Fantasy Chess competitions for the 2020 Candidates. You can participate in both by going to: https://chess24.com/en/read/news/fantasychess Chess fans looking to double their odds of winning a contest should also check out the traditional Quality Chess quiz: http://www.qualitychess.co.uk/blog/7403
SHARE:

Fantastic article as usual...one that interests from A-z from Greg the Great. but... No way. . I will put this as politely as possible with no further comment: the world title berth will be won by the savage player who wants it most. Readers draw your own conclusions. Jude Acers/ New Orleans
Jude, great to see you here. Sorry I won't be down to New Orleans any time soon. My personal opinion is that Fabio wants it most. After the last match, he knows he could win with a little more work and luck. Moreover, he's got to know that the clock is already ticking with younger players on the rise and he won't have many more chances to win the title. He's got a good team behind him. But we'll see. As Greg said, other players have their chances as well.
Fabio to win. After looking at his Tata games, I would like to see him bring his originality to challenge Magnus. This seems like the best match for chess supremacy today.
Always enjoy Greg's handicapping the field of a big event. He does his homework. I think MVL will finish near the top only to prove he really does belong. Certainly top 3. I agree if Fabi is in good form, no one will catch him.
In making the case for Caruana as favorite, I’d say an important factor is that his overall tournament record is considerably more impressive than anyone else’s in this event, in terms of both the number of big events he won and ability of racking up big plus scores. In other words – in order to win the Candidates, Caruana would have to repeat a kind of performance he’s already shown several times he's capable of (including, of course, the previous Candidates), whereas anyone else would probably need to have his best tournament ever, especially considering that the four recent Candidate Tournaments (since 2013) have shown that a +3 or +4 score is needed. It would be fair to say that in terms of experience & overall tournament record, the field Caruana faces is relatively the weakest in the recent history of Candidate Tournaments. I mean, compared to the field of 2 years ago one thing is clearly not in his favor - a stronger and more experienced Ding; but on the other hand, there's also someone who hasn't really proven yet he belongs to the highest level with zero super-tournament experience (Alekseenko) + someone who played his last super-tournament in 2013 (Wang Hao; his recent comeback to the top was via team events & Swisses) + 2 other guys who are playing their first Candidates (Nepo & MVL).
Still rooting for that US chess boom! Go Fabi!
Sir Ryan..Do not feel like the lone ranger...notice also the fantastic upcoming US CHESS serious pro coverage now available on mere touch by global chess readers...AAGARD..probably the seminal world chess author and (with Yermolinsky) the best chess annotator/observer in the world...his books are just staggering...a true invitation to chess. Plus our main shadow man....Hartmann the Wizard/acid book critic / high energy US CHESS digital editor in the wings... long ago he cooked up the universal commented game on screen play over format suitable for children to hit upon and figure out pronto.Get packed. US Chess is really going places. Believe. We be jammin' now. Jude Acers/ New Orleans
[…] My brother Greg, the commissioner of the PRO Chess League, and a popular handicapper gave Ding Liren and Fabiano a combined 64% to win. Garry Kasparov said the top two players were over 2:1 to win the event. Various betting markets also gave hefty odds to the duo. […]