Caruana Misses By Half Point, Ties for Third in Tata Steel Masters 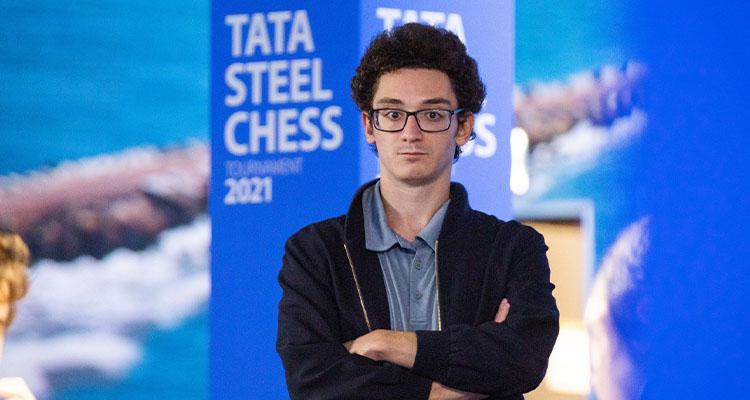 World No. 2 and top American GM Fabiano Caruana couldn’t find the extra half-point he needed in Wijk aan Zee, the Netherlands, finishing the 83rd annual Tata Steel Masters tournament just off the top of the standings.

Caruana finished with 8/13 in a three-way tie for third place, trailing leader GMs Jorden van Foreest and Anish Giri by a half point at the finish line. Van Foreest went on to defeat Giri in a playoff for top honors, and Caruana was placed fourth by tiebreakers.

Caruana, van Foreest and Giri were the only three players to finish without defeat in the annual Dutch super-tournament known as the “Wimbledon of Chess," which due to COVID was pared down from its traditional bustling chess festival to just the 14 Grandmasters playing at physical boards this year. The American finished plus-three with victories over the bottom three players in the standings, bringing into focus several missed opportunities in earlier rounds.

“Plus-three is not bad by any means, and I was happy to at least come into the last round a with chance at first,” Caruana said. “But it is disappointing. I missed a lot of chances early on, like my first four games I could have pretty much won all of them if I had made the most of my chances. And at the end I was hoping to score at least plus-one from these last two games.”

Except for a few brief rounds when he was able to tie for the lead, Caruana seemed to mostly hang one half-point behind a regularly changing leader throughout the event. There was hope in the end, with the American facing opponents on the bottom half of the standings, though both Spanish GM David Anton Guijarro and Norwegian GM Aryan Tari were able to fight to draws. 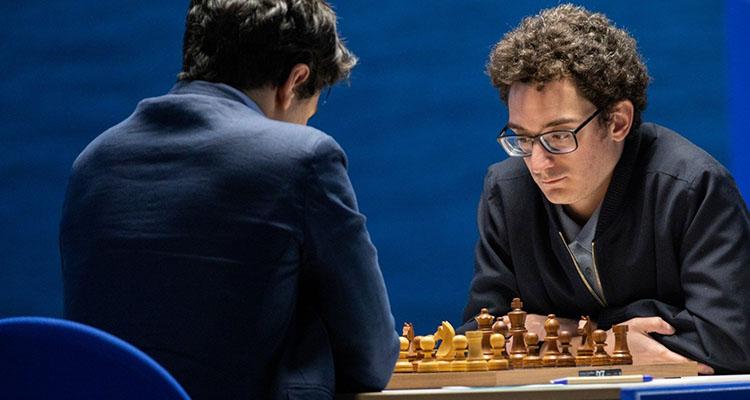 In Sunday’s final round, Caruana went for broke after his self-described “careless” 11. … Ng6 in an exchange French, later admitting he looked at Tari’s response of 12. Ne3 and thought ‘It’s over – I can’t win this.’ He attempted to keep things lively with 12. … f5 and allowing a triple-stack of his g-pawns, though the game continued to a slow fizzle.

“I think Aryan played pretty well, I guess it never strayed outside the bounds of equality, even though I was optimistic,” Caruana said. “I’m pretty sure it was always a dead equal position, and a draw was logical.”

As defending champion, Caruana appeared very sharp through the first several rounds of the 2021 Tata Steel Masters, and much of his failure to convert was as much a testament to great defensive achievements by his opponents.

The World No. 2 looked ready to accept brilliancies in the third round against Polish GM Jan-Krzysztof Duda, after bringing novelty to a Petroff with 11. Rhg1. The American’s 16. Ne6! was a beauty and brought a sharp middlegame attack that at one point had several white pieces hanging without enough time to capture. Duda’s defensive tightrope walk proved nearly perfect however, as time pressure rushed Caruana into an endgame he thought was winning. The polish GM’s knight held up, however, to Caruana’s rook advantage. 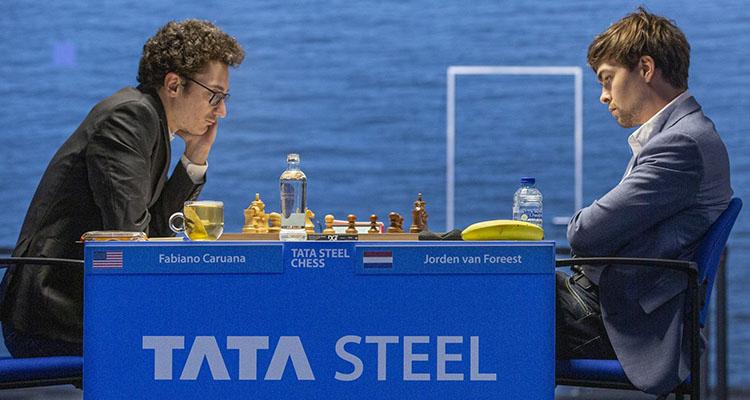 Van Foreest was the first Dutchman to win in Wijk aan Zee in 36 years, though a hometown hero was certain with the playoff against Giri. Van Foreest entered ranked 67th in the world and 11th among the 14 GMs making up the 2021 Tata Steel Masters field, and the win of the prestigious super-event stands as one of the biggest of his career.

“Jorden played amazingly well, super impressive. He was well prepared, he was playing very well, I think he showed super high quality throughout,” Caruana said. “I feel like this might even correspond to his strength – it didn’t feel like a fluke or anything, it feels like he’s just a very strong player, and this is a result he is capable of.”

“I still have a flashback of our first game: if I had converted that, then maybe the tournament would have taken a different turn for both of us.”