Caruana Solid Through Tata Steel First Half; Magnus, Firouzja Ahead 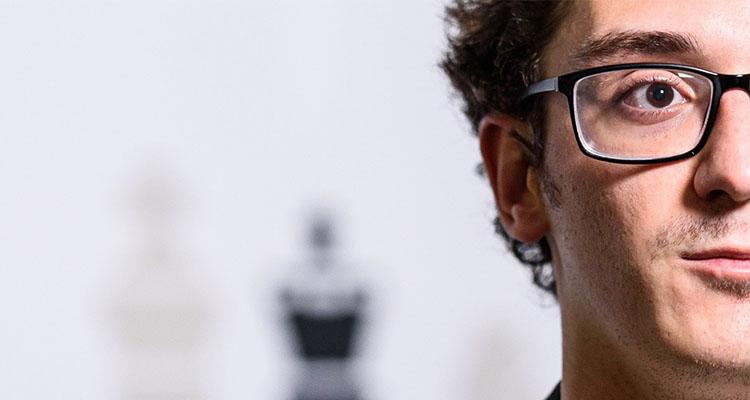 World No. 2 and American GM Fabiano Caruana sits a half-point out of first place at the 83rd annual Tata Steel Masters tournament in Wijk aan Zee, the Netherlands, as the prestigious super-event moves into its second half.

Through eight rounds Caruana, the defending champion of the "Wimbledon of Chess," remains undefeated with two wins, including a victory over French GM Maxime Vachier-Lagrave on Saturday that left the American temporarily tied for the tournament lead. On Monday’s rest day, however, Caruana sat in a four-player tie with 5/8, trailing 17-year-old GM Alireza Firouzja who rode out of the weekend on a three-game win streak.

With play resuming Tuesday morning at 8:00 a.m. eastern, Caruana will lean into the second half of Tata having already played the top half of the current standings. A pivotal game looms in the 11th round Thursday with tournament leader Firouzja, who is Caruana’s last remaining opponent currently holding a plus-score. But not before the American takes the white pieces against a limping World Champion GM Magnus Carlsen on Wednesday.

“Nobody’s really showing a super-dominant score, there’s a lot of players who are in contention for the top spots, and unusually Magnus is sort of struggling quite a lot,” Caruana said. “It’s going to be close, I can’t really make a prediction.”

Carlsen’s return to the physical board in Wijk aan Zee has been just short of lackluster, middling in eighth place with 4/8 on Monday and his only victory coming in the tournament’s opening round against Firouzja. Since then, the World Champion has seemed out-of-form and unable to capitalize on his chances, all of which came to a head in a rare, crushing defeat by the hands of Russian youngster 18-year-old GM Andrey Esipenko on Sunday. 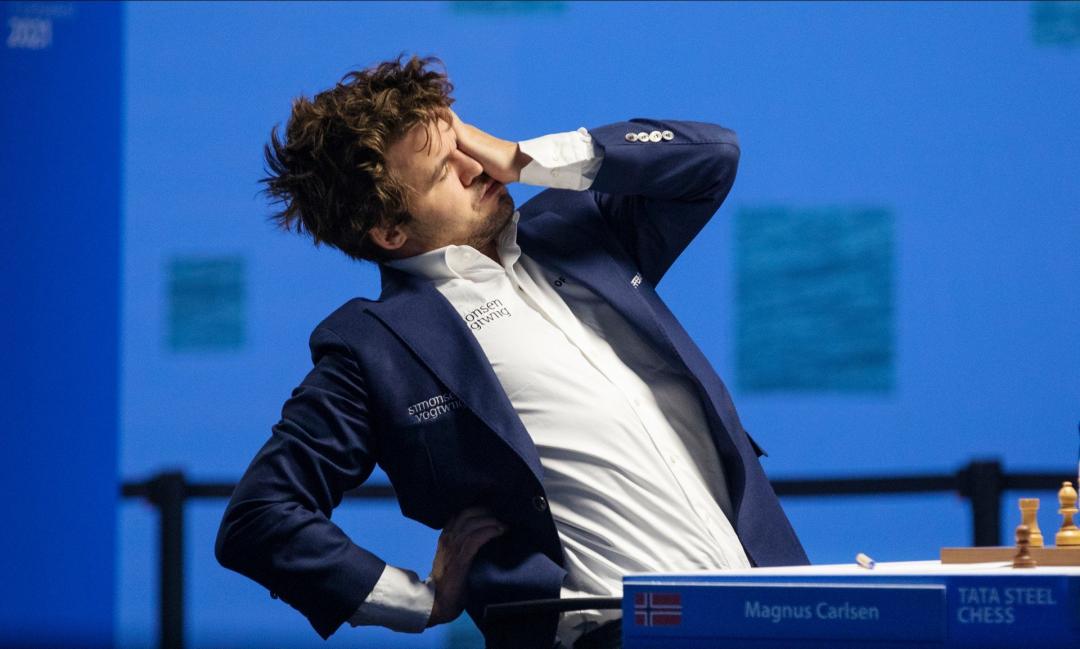 Heading the other direction from Carlsen, Caruana’s play has looked fresh and inspired in Wijk aan Zee. Saturday’s win over MVL was a hopeful preview: Caruana chases the Frenchman as the current leader of FIDE’s Candidates Tournament, postponed at its halfway point. The two GMs are scheduled to meet in the next round when the event resumes this spring.

On Saturday, Caruana broke through a Najdorf Sicilian with MVL accepting the poisoned b-pawn. The Frenchman mis-stepped in a knight trade,  recapturing with 13. … exd5 instead of the sound cxd5, and Caruana’s subsequent 14. e6! was all-but the game winner. 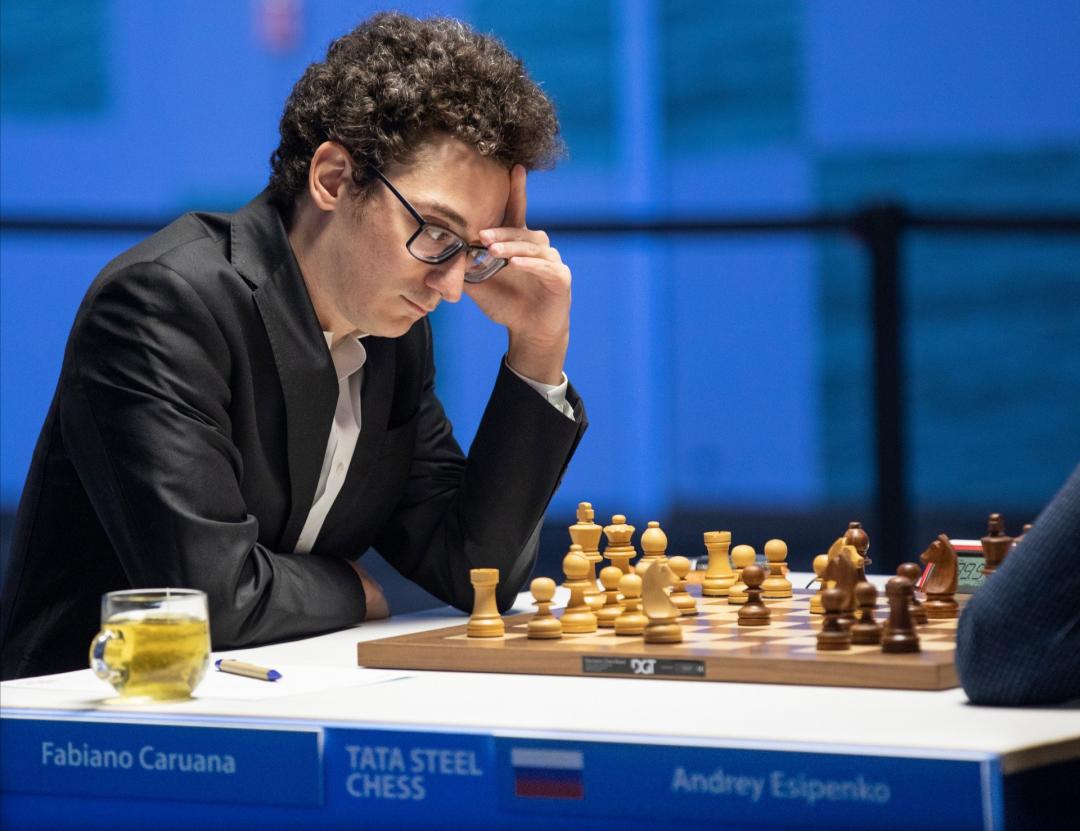 Caruana’s other victory of the tournament came in the second round, a dazzling attack with the black pieces over German GM Alexander Donchenko. In this Queen’s Gambit Declined Slav defense, both sides featured kingside pawn storms that reached the black monarch first. But 21. exf7+ merely provided shelter for Caruana’s king, and soon he was threatening mate on other side of the board. Caruana’s 26. … Ba3 was a beauty that ushered white’s collapse.

Each game of the Tata Steel Masters event will be played with a time control of 100 Minutes for 40 moves, followed by 50 minutes for 20 moves, then 15 minutes for the remaining moves with a 30 second cumulative increment for each move starting from the first move. The tournament schedule plays one game per day, with round nine on Tuesday and concluding January 31. Another rest day is planned for Thursday, January 28. 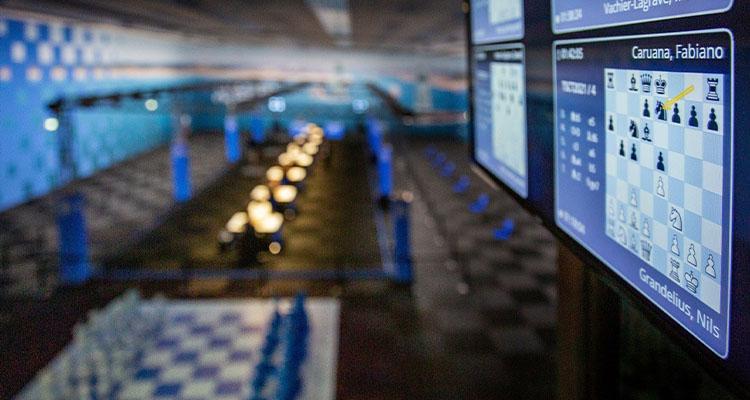 All rounds begin at 8:00 a.m. eastern time, except for the final round on January 31, which will begin an hour earlier. For the event livestream and more information, visit the official Tata Steel website.