Aagaard on the Candidates - Round 8

For the eight installment of his “Candidates Game of the Day” series, GM Jacob Aagaard has analyzed GM Fabiano Caruana's smashing victory over GM Maxime Vachier-Lagrave as only he could – deeply, extensively, definitively. This is the analysis that the experts will be quoting tomorrow, and we have it exclusively here at Chess Life Online.

Fans of Aagaard's work may also want to check out his recap of Round 8 on the Killer Chess Training YouTube channel. 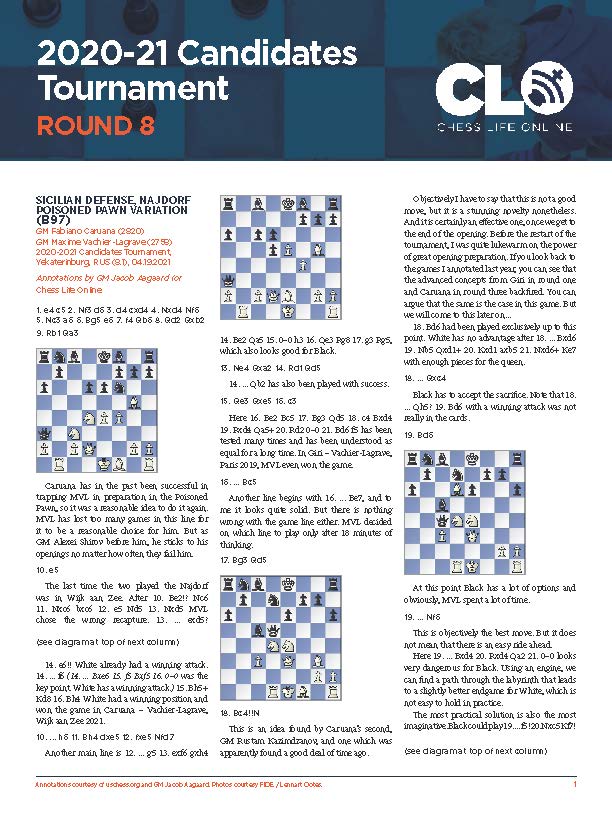 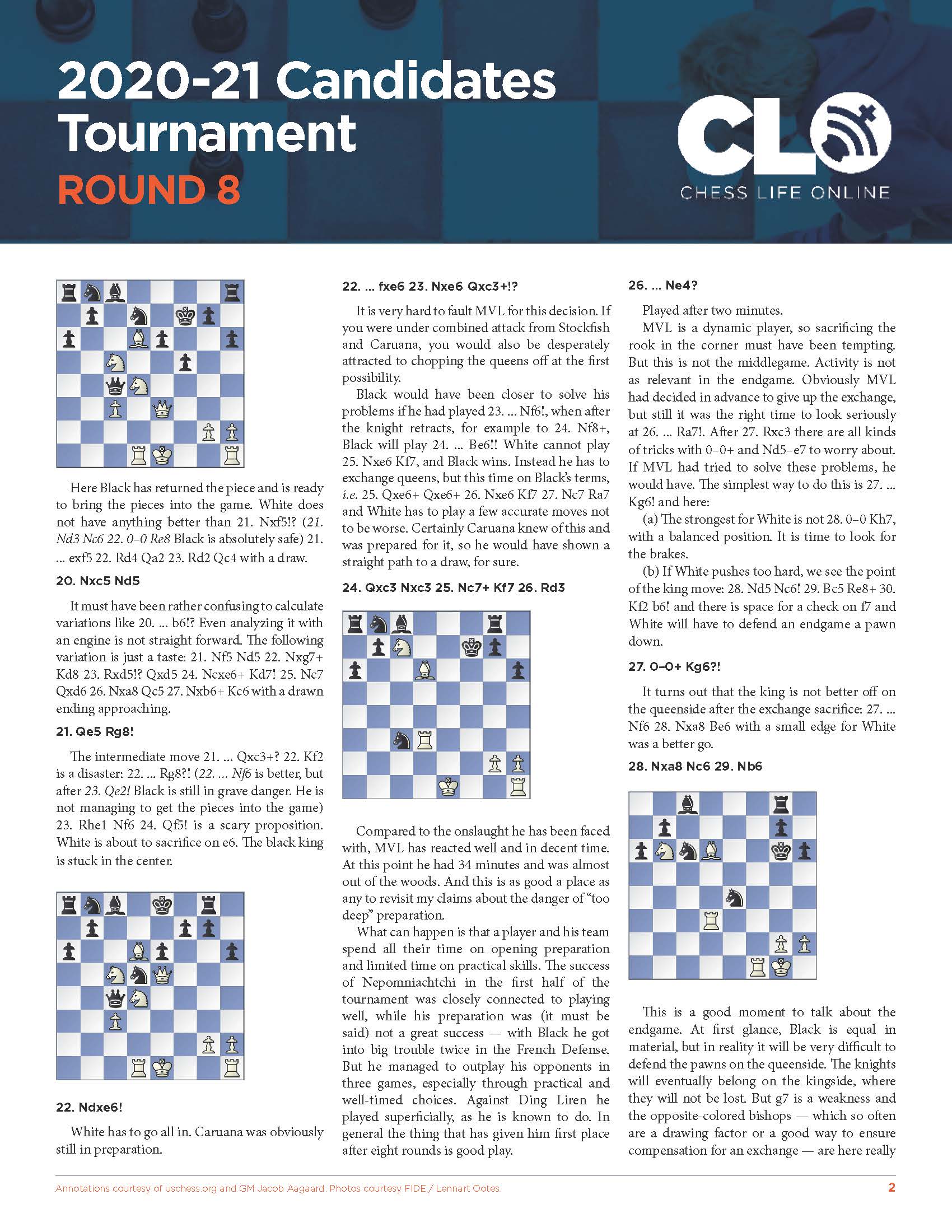 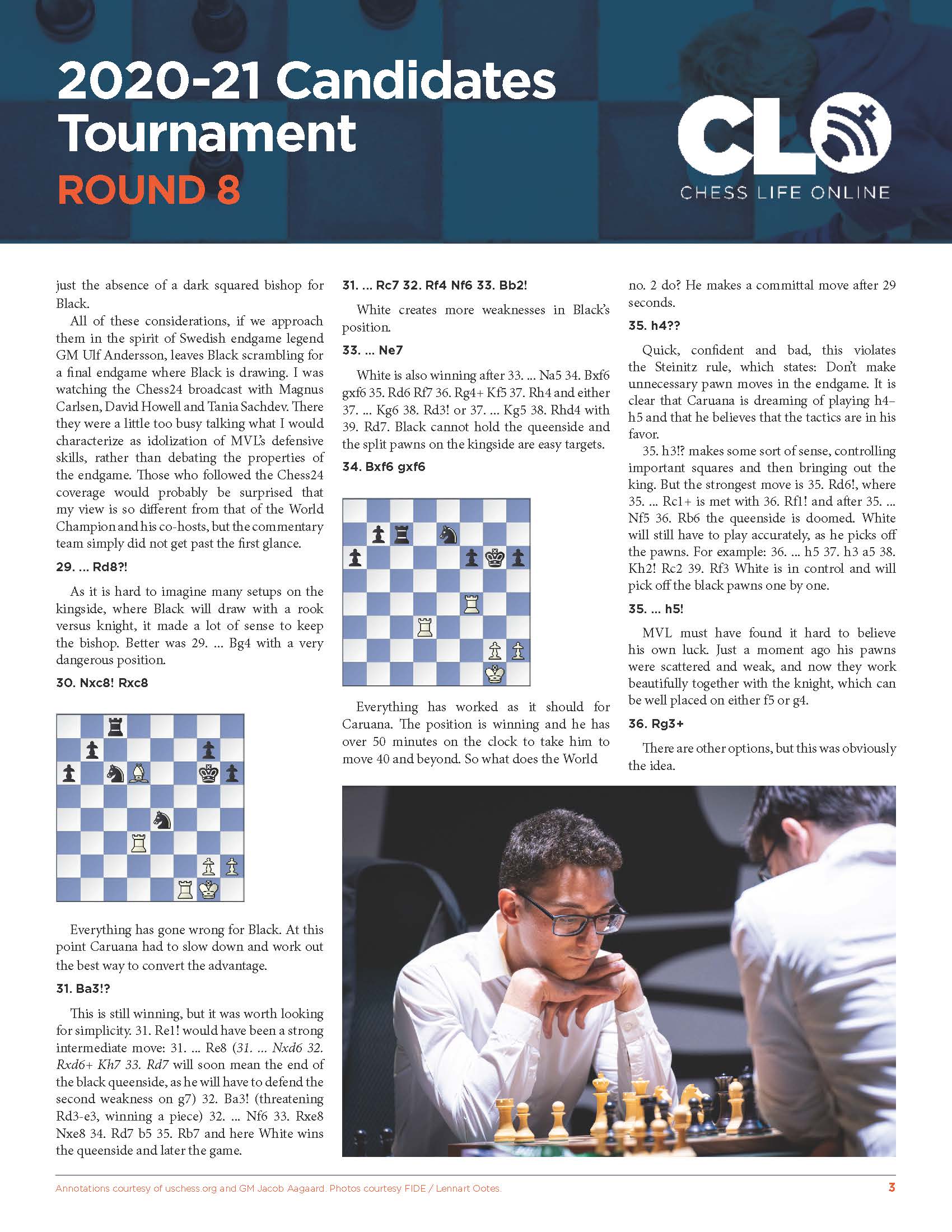 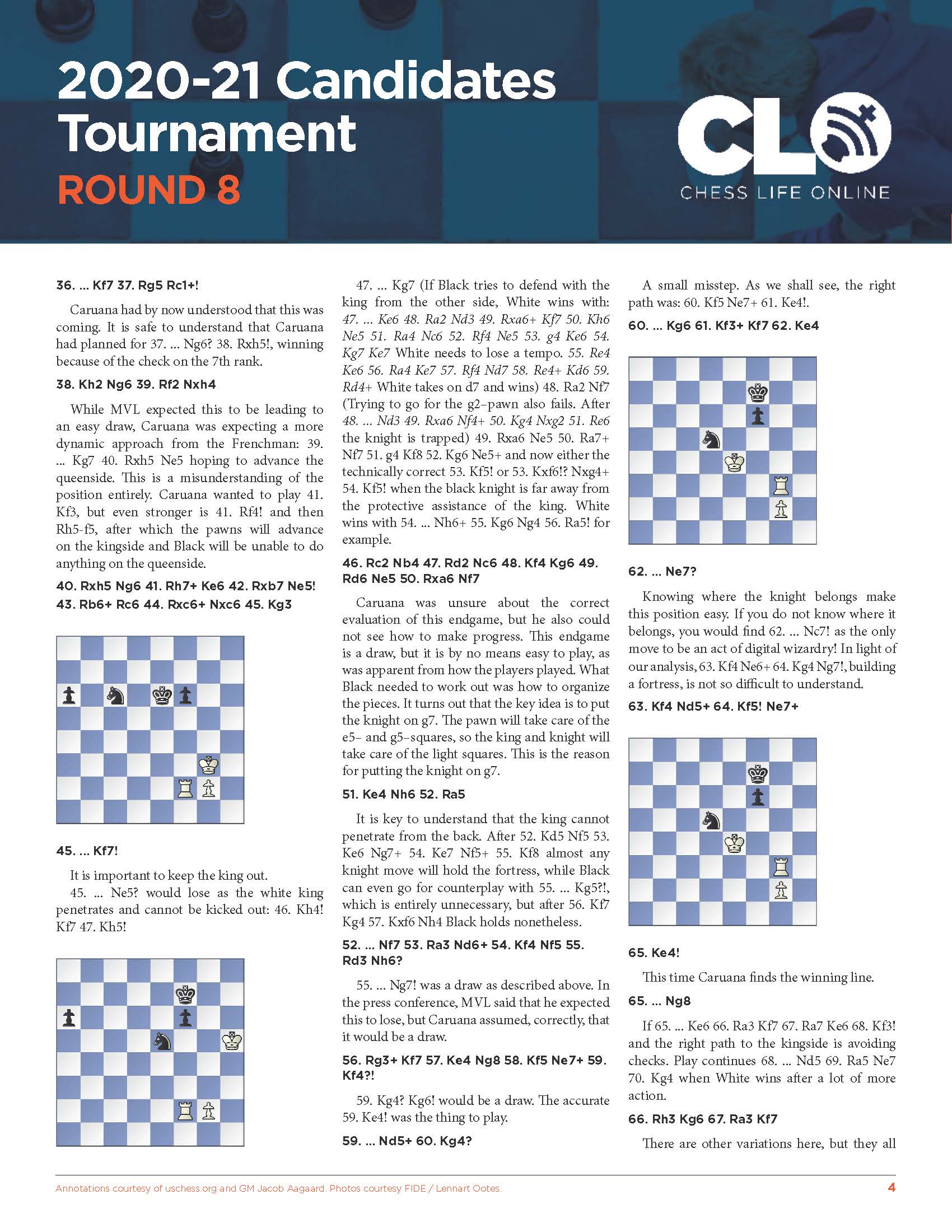 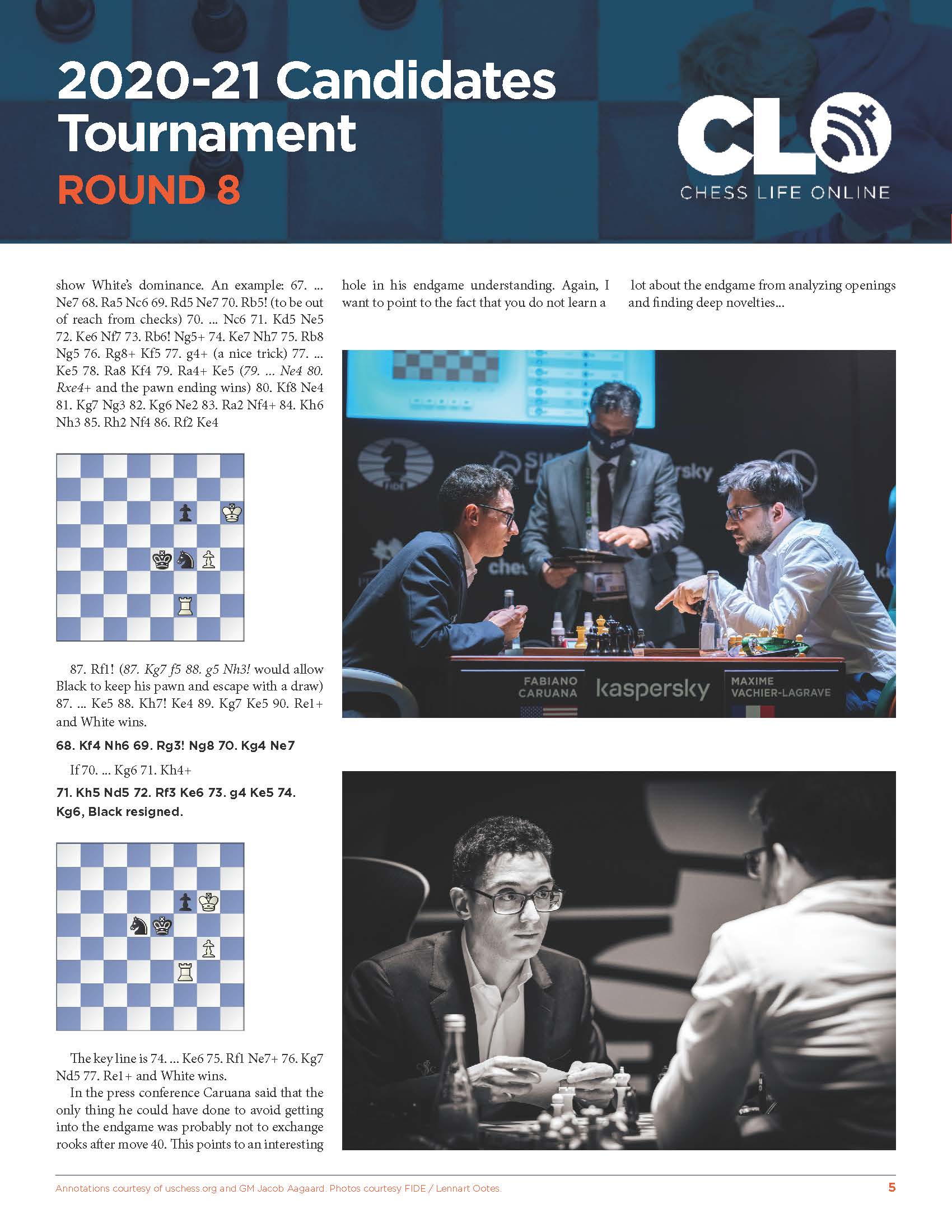