Aagaard on the Candidates - Round 12

For the twelfth installment of his “Candidates Game of the Day” series, GM Jacob Aagaard has analyzed GM Fabiano Caruana's heartbreaking loss to GM Anish Giri as only he could – deeply, extensively, definitively. This is the analysis that the experts will be quoting tomorrow, and we have it exclusively here at Chess Life Online.

Fans of Aagaard's work may also want to check out his recap of Round 12 on the Killer Chess Training YouTube channel. 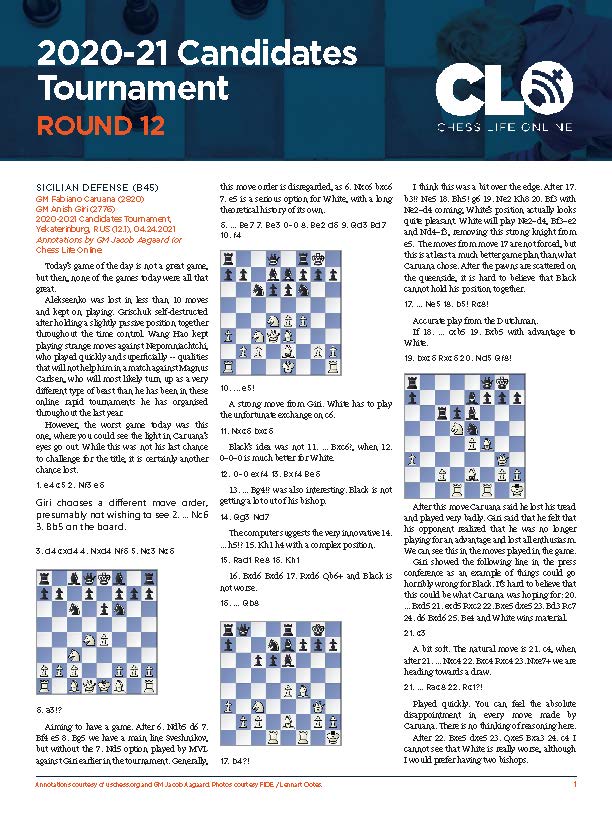 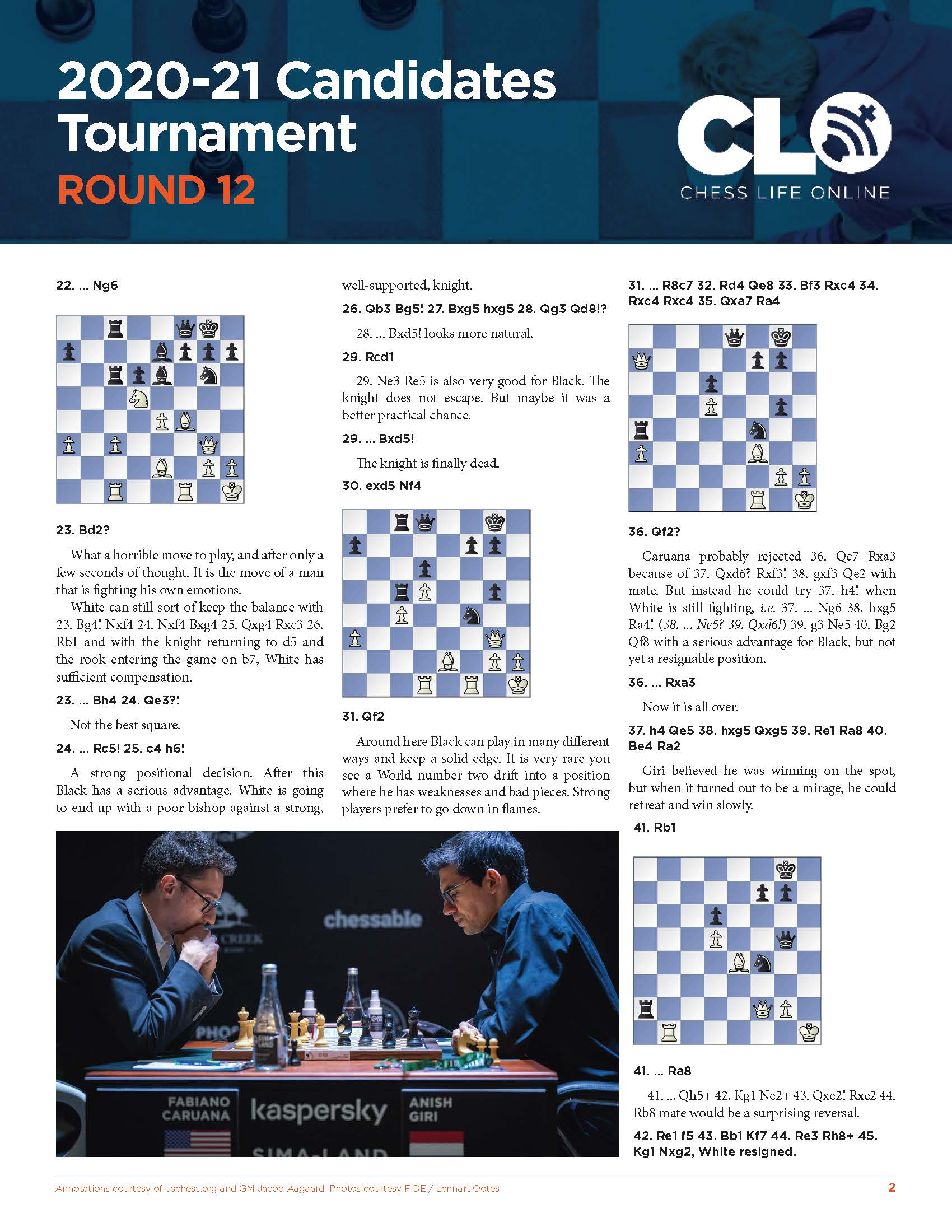 See what I mean...when in a lifetime have you seen a great American grandmaster win loss or draw....heartbreak or glory so massively and entertainingly presented in easy to understand fashion... Aagaard is a whole new world, a real wonder for the US Chess reader. I agree that 17 b3! was direct and simple for maneuver at a crisp 2800 elo Caruana clip in this game of a lifetime for him... .One more thing no one mentions anywhere in the world despite the gravely weakened pawn structure adroitly explained LATER by grandmaster Aaagard . White could absolutely just go for it all right now with 12fxe5 and castle kingside ...."play and pray" with this structure.
ok ok ..quit screaming...Yes I know..this is monday morning quarterbacking. Jude Acers/New Orleans