In an exciting new partnership, the U.S. Chess School (USCS) has teamed up with online improvement hub ChessDojo to stream high-quality chess classes on a weekly basis.

Until recently the USCS, a non-profit run by IM Greg Shahade, held several in-person training camps every year, where 10-12 strong junior players received training from some of the world’s best chess coaches, tuition-free. But since the pandemic took hold, the USCS was forced to move online and rethink its model and structure. Now the classes run multiple times per week over Zoom and admit upwards of 80 kids, all being taught by strong coaches from around the world.

To further expand, the USCS has now partnered with ChessDojo, run by coaches IMs Kostya Kavutskiy and David Pruess, as well as GM Jesse Kraai. Through ChessDojo, the USCS classes will now be streamed for everyone to see on Twitch.TV, as viewers can now watch the USCS lessons as they take place live. 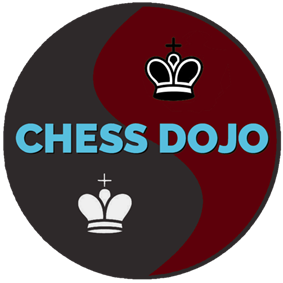 Upcoming classes feature guest coaches such as IM Hans Neimann and GM Sam Shankland, as well as the first lesson in this new partnership tonight, Tuesday Nov. 10 at 7:00 p.m., taught by IM Kassa Korley. Replays of all upcoming lessons will be available on the ChessDojo YouTube channel.

Here is the full schedule of classes for the next few weeks: 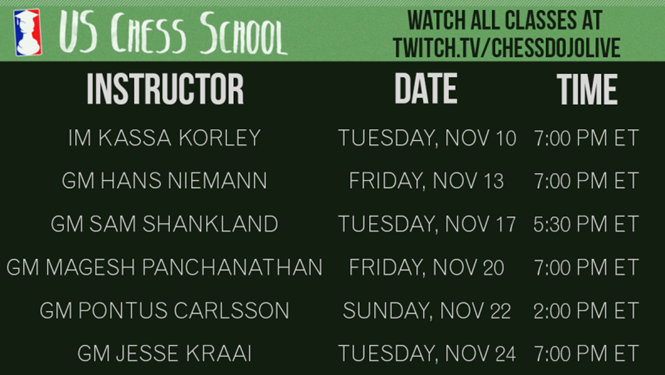 Fans may follow twitch.tv/chessdojolive to get notified of all future streams, and players who wish to become a student in the USCS may apply here.