Olympiad Round 7: Balancing Order and Chaos

Following the rest day at the 44th FIDE Olympiad, the United States Open team faced Armenia in a match for first place. It would prove to be one of the most bizarre matches of the Olympiad so far. Meanwhile, the U.S. women looked to kickstart the second half of their tournament with a win against Argentina.

The Armenians aren’t as highly rated as some of the other teams, but they have a proud chess tradition. Notably for this match, the new U.S. team member Levon Aronian comes from Armenia. He sat out this match as the alternate.

With a win, the Americans could vault into first place in the standings. Wesley So drew first blood when Hrant Melkumyan fell for a spectacular trap hook, line, and sinker. 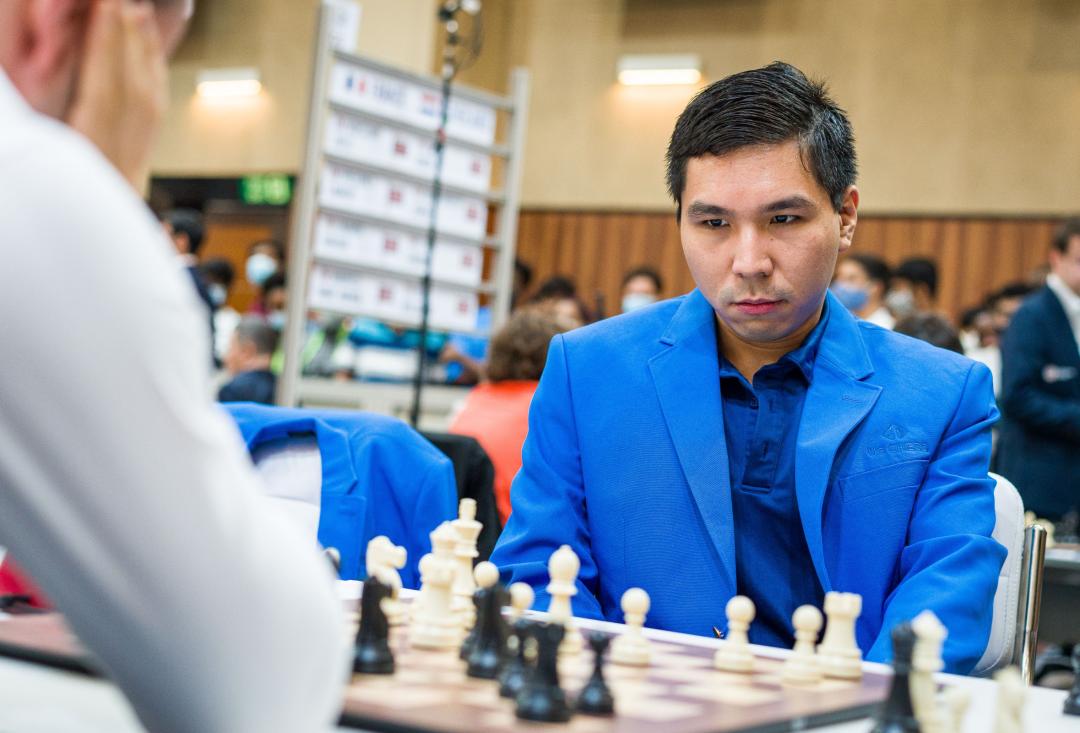 With that, the Americans were quickly up 1-0. They looked to be in good shape as Fabiano Caruana equalized comfortably with Black, but just when he seemed on the verge of taking over the initiative, he completely lost the thread of the game. Within a few moves his position collapsed. It was back to even, but not for long, as Lenier Dominguez outplayed Samvel Ter-Sahakyan in the endgame on board three to retake the lead for the U.S. 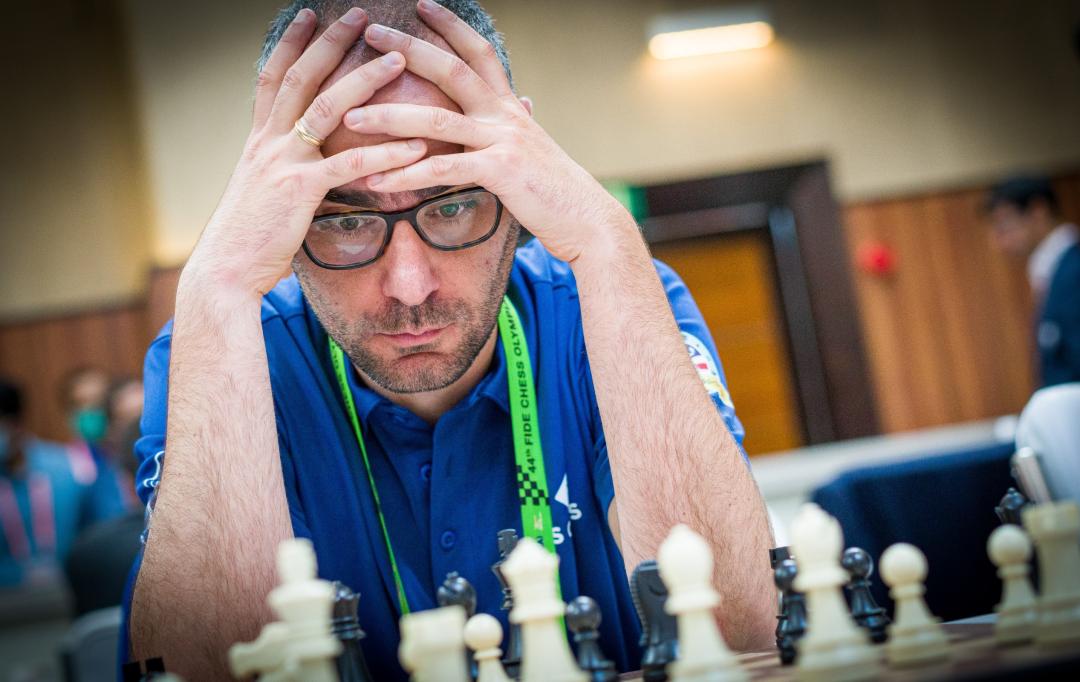 Then, it all came down to Sam Shankland against Robert Hovhannisyan on board four. If Shankland could manage at least a draw the Americans would secure the match, but he has been struggling with his form in this tournament and got into trouble again in this game. With the match on the line, he mounted a gritty defense. Miraculously, it seemed like he would pull it off when he managed to give up his bishop to eliminate Black’s last kingside pawn, but then disaster struck.

Expecting a back-rank queen check, Shankland picked up his king and moved it forward. But Hovhannisyan had in fact moved his queen to the second rank, rendering Shankland’s move illegal. According to touch move rules he still had to move the king, but the only option was a sideways shuffle that would allow a quick mate. There was nothing left to do but resign, so the match ended in a tie. 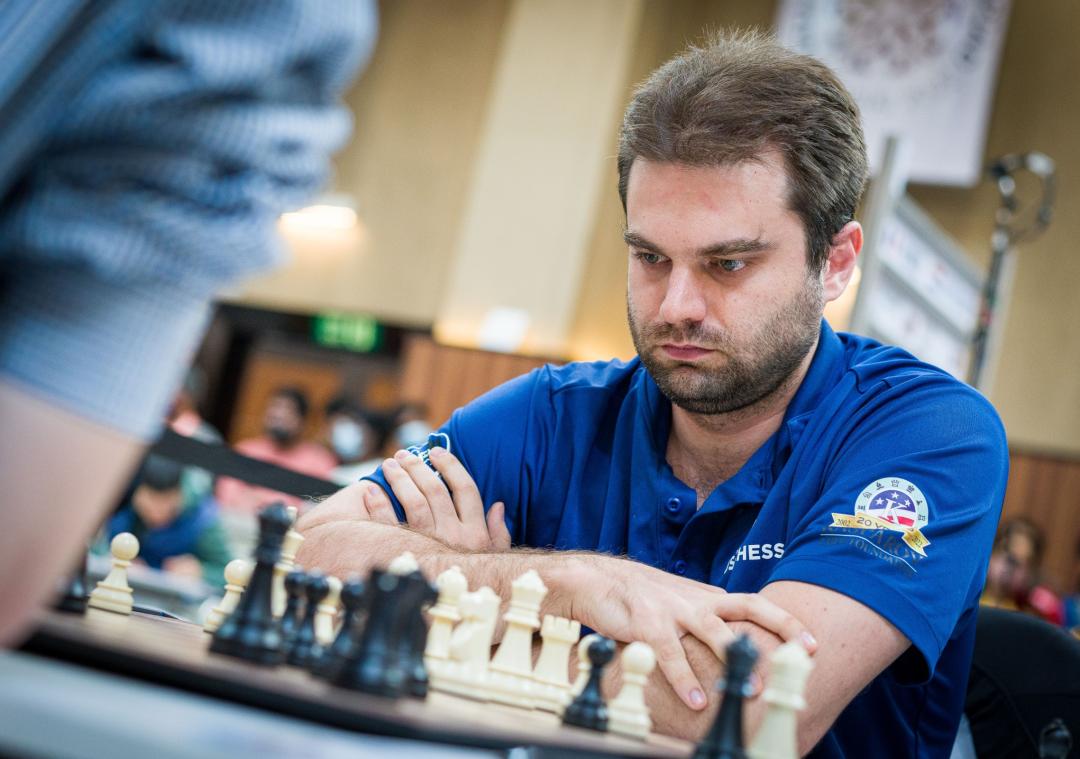 As a result, the U.S. moves into a six-way tie for second, while Armenia stays in clear first. Had Shankland held the draw the rankings would be reversed. With four rounds to go and only one point back, the United States is still in position to fight for gold, but they’ll have to put today’s emotional rollercoaster behind them in a hurry.

The U.S. women continue to climb back up the standings after a shaky start. Today they defeated Argentina 3½-½ , but it was not as smooth sailing as the score might suggest.

Irina Krush had to grind out a long, tense endgame. Anna Zatonskih was fortunate her opponent allowed a perpetual check in a winning position. And Tatev Abrahamyan played a wild, back and forth game where she made the second-to-last mistake.

Amidst all this chaos, Gulrukhbegim Tokhirjonova put together a very professional performance on board one that showed why symmetrical positions are not safe draws for the lower rated player.

With the win, the Americans put themselves four match points behind India, who took over first place with a win over Azerbaijan.