National Chess Championships to be Decided in Pivotal Weekend Endgame 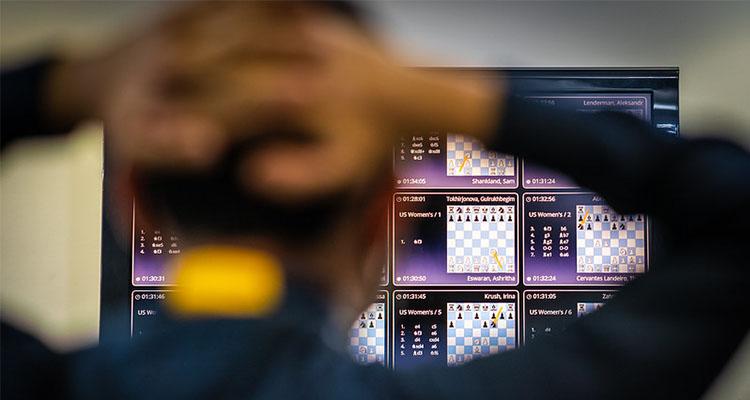 The new king and queen of American chess will be crowned by Tuesday in the nation’s chess capital of St. Louis, but not before a pivotal weekend endgame that demands decisive action from its next champions.

There are many pieces left on the board in the 2021 US Chess Championship and women’s national championship, both 12-player round-robin invitationals with three rounds remaining in the Saint Louis Chess Club, and many players left with chances to become American titleholders. A legitimate shot as the next U.S. Champion still exists for six Grandmasters -- that’s half the field -- including a three-way tie for first place, and three more chasing within a point.

Beginning with Saturday’s round 9 at 1:00 p.m. central, all six GMs are set up to square off in a dangerously sharp three-round endgame, each of them still remaining with pivotal pairings that will directly affect their standing for $200,000 in prizes and the coveted title of 2021 US Chess Champion. 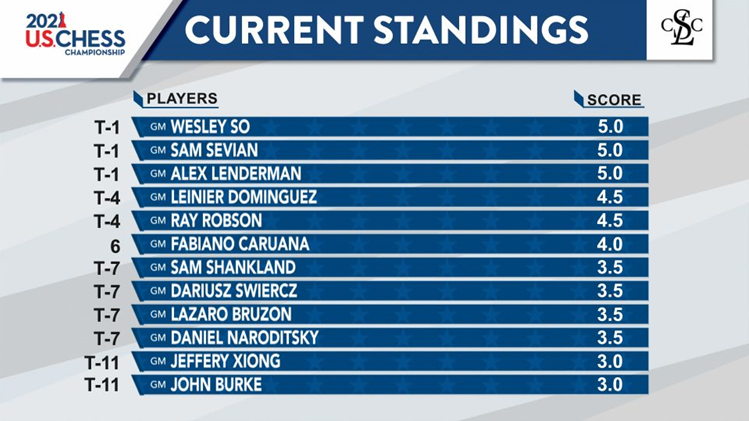 The defending US Chess Champion GM Wesley So is undefeated in St. Louis, as is U.S. Open winner GM Alex Lenderman, who currently lead the national championship along with GM Sam Sevian at 5.0/8 entering Saturday. So plays as White in two of his three remaining games, though takes Black against the 20-year-old Sevian in the penultimate Round 10 on Sunday.

Trailing by a half-point are GMs Ray Robson and an undefeated Leinier Dominguez, who are set up to fight in Round 9 over the right to chase the leaders. Robson takes White against the World No. 14 on Saturday and, if he still lingers at the end, has a shot at So in the final round on Monday.

Chasing them all is a super-GM that no player on the planet wants to see in the rear-view mirror: World No. 2 GM Fabiano Caruana, in sixth place after back-to-back losses, yet lurking just a point off the leaders -- and still to play Lenderman in Sunday’s penultimate round. 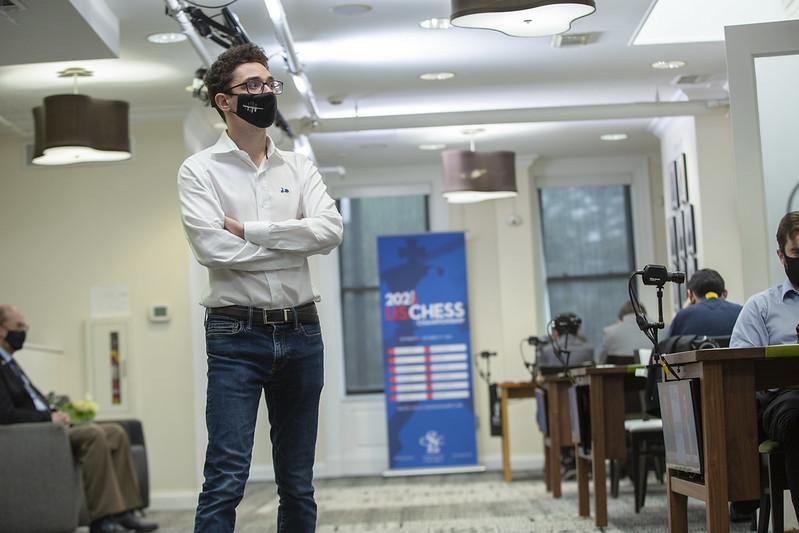 No less unclear is which queen will emerge from the 2021 U.S. Women’s national championship, which dares a bet against any one of three of America’s top females still in the race entering Saturday’s ninth round. 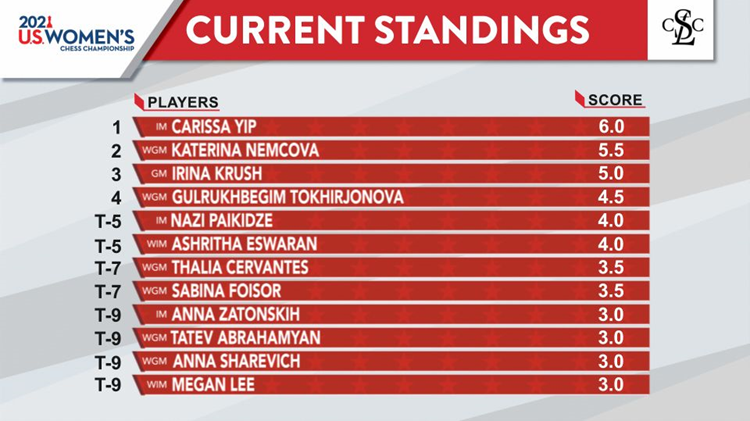 Leading is Massachusetts 18-year-old IM Carissa Yip, a three-time U.S. Girls champion who has come increasingly closer to the Women’s national champion title with each passing year she participates. As the second seed in the 2021 field, Yip has put on a clinic of attacking chess in St. Louis, currently on a three-win streak that has distanced her from the pack.

Trailing by just a half-point is WGM Katerina Nemcova, an annually strong contender also seeking her first title as women’s champion, and the only player left undefeated after eight rounds. Nemcova very much holds her fate in her own hands through this weekend endgame, set up on a collision course with Yip in Monday’s final round – but first a Saturday pairing with the defending, 8-time U.S. Women’s Champion GM Irina Krush.

Krush has sole possession of third place, trailing the lead by a full point after handing over her game with Yip with a stunning blunder in the fourth round last week. This October in St. Louis, Yip has now scalped nearly every U.S. Women’s champion holding the title for the past 15 years, including Krush (8 times), IM Anna Zatonskih (4 times) and a convincing win as Black on Thursday over 2017 champion WGM Sabina Foisor.

Yip can add another title-scalp to her list on Sunday against 2016 and 2018 women’s champion IM Nazi Paikidze ...

And the only female titleholder remaining for the last 15 years would be 2019 U.S. Women’s Champion WGM Jennifer Yu – who brings us CLO’s Round 8 Game of the Day, Yip’s third dazzler in a row over Foisor from Thursday.

If necessary, a playoff has been scheduled for Tuesday, October 19 at 1:00 central.