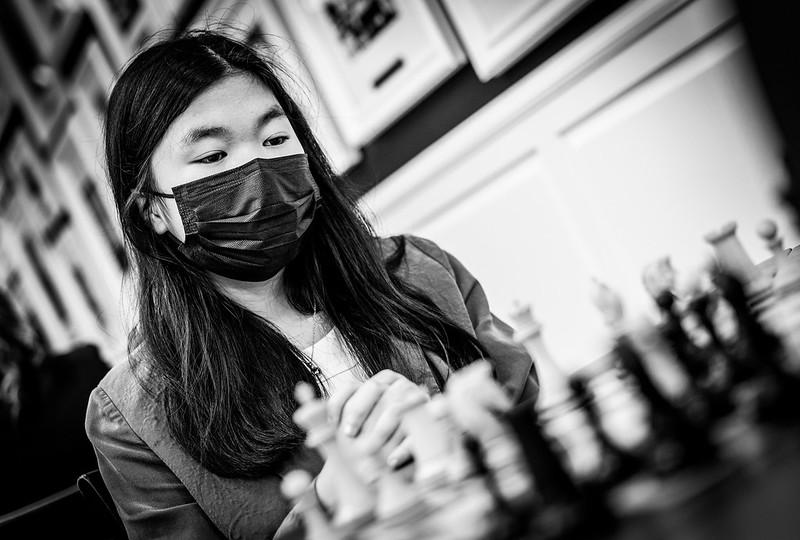 In another fine display of attacking chess, Massachusetts 18-year-old IM Carissa Yip delivered her fourth win in a week at the Saint Louis Chess Club, needing just 29 moves to dismantle an Advanced French Defense and earn the resignation of IM Anna Zatonskih on Wednesday afternoon. With the victory, Yip steps ahead of a hotly contested title race for American females, which received a significant shake to its standings in the seventh round.

Now trailing Yip by a half-point is WGM Katerina Nemcova, performing undefeated, plus-two and at least sharing the tournament lead since its opening round; and defending Women’s Champion GM Irina Krush, who is 2.5/3 since her fourth-round loss to Yip, and keeping pace by dealing WIM Ashritha Eswaran her first loss of the event on Wednesday. Eswaran slips to third, breaking up a once-giant chasing pack that also saw a first-time loss from IM Nazi Paikidze. 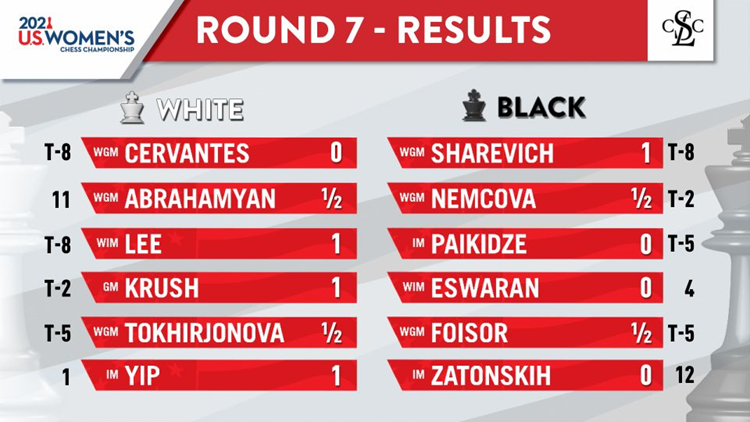 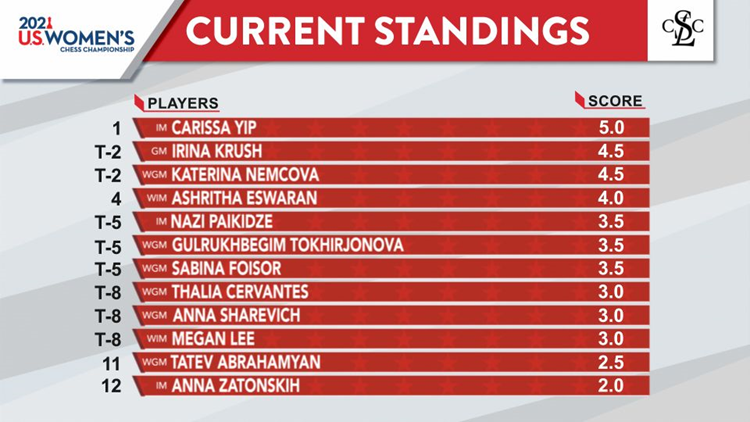 And across the tournament hall, the 2021 US Chess Championship has only once had a clear leader: A brief fourth-round appearance by GM Ray Robson, who fell to fourth place in the seventh round after suffering his first tournament defeat from GM Fabiano Caruana. The national chess championship now has three leaders at 4.5/7, including defending U.S. Champion GM Wesley So, U.S. Open winner GM Aleksandr Lenderman, and GM Samuel Sevian.

Once America’s youngest-GM, the 20-year-old Sevian is plus-2 after posting two wins a row, following up a massive victory over Caruana in the sixth round, with 22 moves as Black over GM Lazaro Bruzon on Wednesday. For his efforts, Sevian receives yet another test before the Friday rest day, taking White against an undefeated GM Leinier Dominguez, who trails the leader by a half-point. 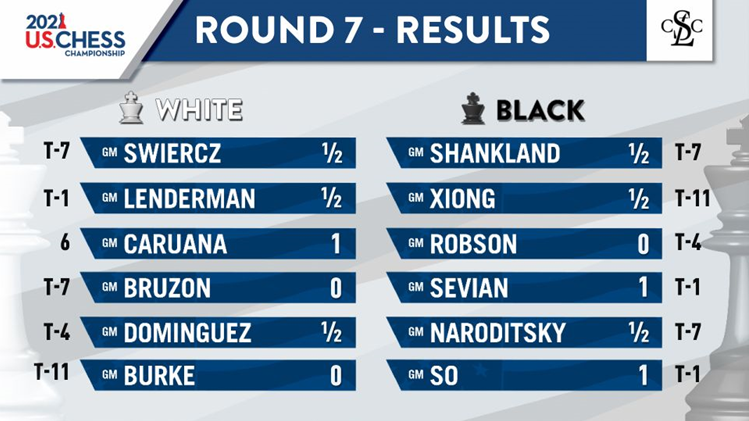 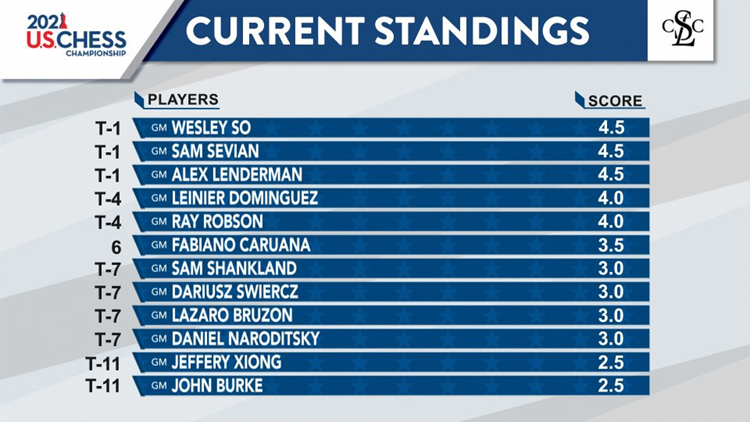 Thursday’s Round 8 of the 2021 US Chess Championships begins at 1:00 p.m. central in the Saint Louis Chess Club, and broadcast live alongside GM commentary by Maurice Ashley, Cristian Chirila and four-time US Chess Champion Yasser Seirawan on YouTube and the official event website. 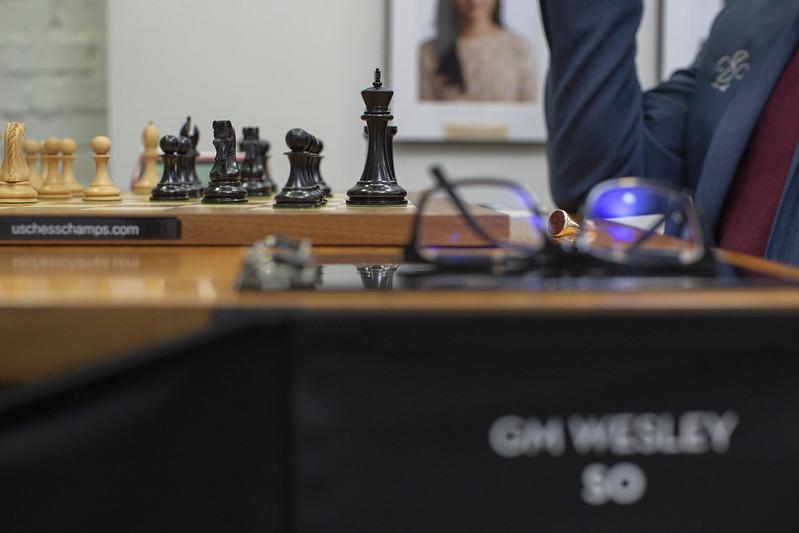 Yip was convincing on Wednesday, unpacking her pieces quickly and lining up on a weakened black king after 15. … Kf8. Her tactical unleash comes terrorizing and fast, opening all lanes with 25. f5 and a game-winning decoy at 28. b4! Chess Life editor John Hartmann puts it under the microscope:

Though bummed not to see WGM Jennifer Yu over the board in St. Louis this year, CLO is quite happy to have the 2019 U.S. Women’s Champion provide the Round 7 Game of the Day. Caruana might not have looked like himself through the first six rounds of the 2021 US Chess Championship, but Wednesday’s endgame against then-leader Robson should provide plenty of nostalgia.

Yu reminds us why Caruana is who we thought he was in CLO’s Round 7 Game of the Day. 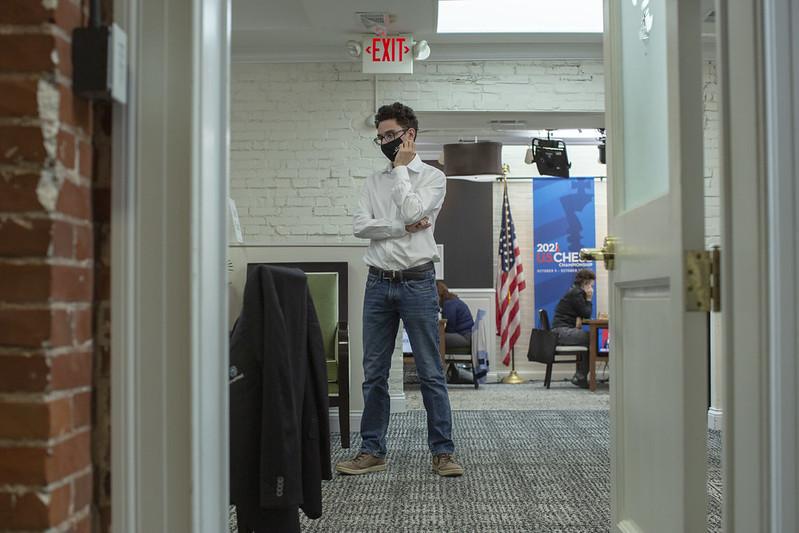