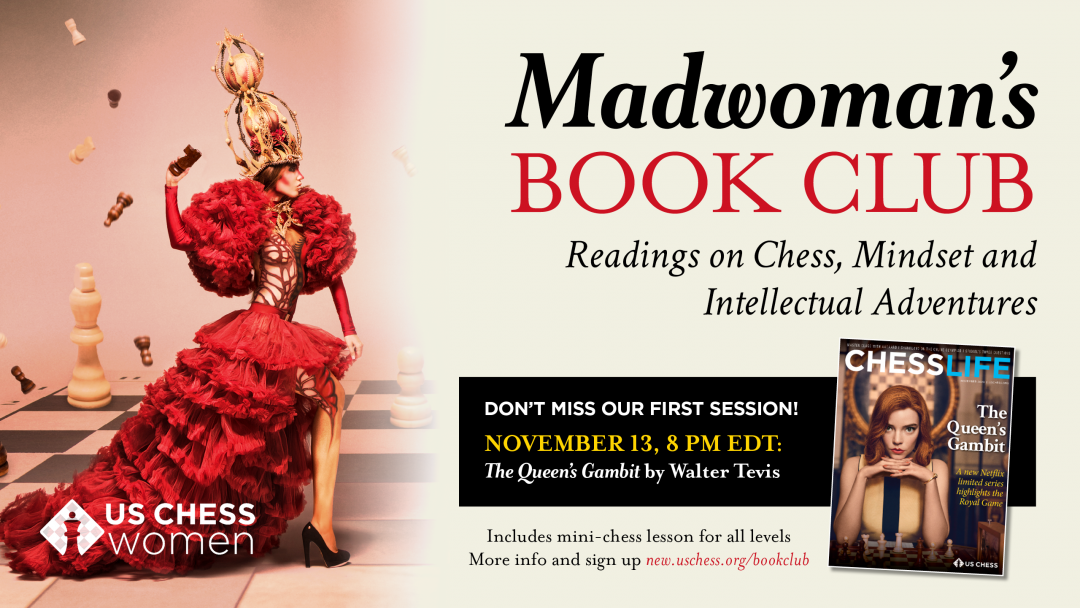 US Chess Women announces a new forum for adult women (18+) to connect, learn and inspire each other via our new "Madwoman's Book Club", debuting on November 13th at 8 PM EDT. The club will be hosted by women's committee chair Adia Onyango and Jennifer Shahade. Sessions will feature a mini-chess-lesson, open forum discussion and special guests.

Our first book selection will be "The Queen's Gambit", by Walter Tevis, as the Netflix adaptation (released on October 23) captivates viewers all over the World. Find out more in our November cover story and video, and the New York Times article delving into the show's creation.

The club name is inspired by the history of the chess queen, once the weakest piece on the board. Around 1500, she became the powerhouse we know now. That game was at first derided as "the madwoman's chess game", but now it is just known as chess.

Sign up for the book club using this google form. Our first session is November 13th, Friday at 8 PM ET. Future sessions will be announced on CLO and at new.uschess.org/bookclub.

Join or renew here as we look to increase our female membership to match the queen's power on the chessboard.