Once again we have an exciting duel between Magnus Carlsen and Hikaru Nakamura. This time in Fischer Random---Bobby Fischer's invention and proposed solution to the growing number of draws as opening theory was progressively mapped out, even back in his time. This match revives Fischer Random (also known by the name Chess960), which is a chess variant rarely seen in over-the-board play at the highest levels. From 2001 to 2009, there were a series of Fischer Random World Championships between the world's best, including players like Levon Aronian, Peter Svidler, and Hikaru Nakmaura. Nakamura won the most recent championship in 2009, defeating Aronian in a 4 game match. This makes Nakamura the reigning champion in this unofficial world championship match, and Magnus Carlsen is competing as the challenger. Carlsen currently leads by 2 points with 8 games to go. The match is being played at an unusual time control: 45 minutes for 40 moves and 15 minutes to finish---with no increment. As usual, this had lead to some hair-raising time scrambles. Unusually, it led to one shocking loss for Carlsen in a Rook and Bishop vs. Rook endgame---where he had the extra bishop and could've claim a draw at any moment. https://twitter.com/DanielRensch/status/963169626522755072 A unique aspect of the match is that the competitors are wearing wristbands that measure heart rate during the games, allowing viewers to watch their heart rates at each moment of the match. So far, in the heat of competition, Nakamura's heart rate seems to be generally higher than Carlsen's. 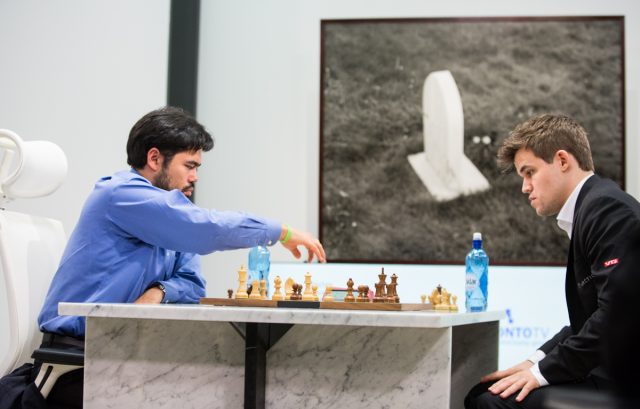 Photo: Maria Emelianova/Chess.com
Let's take a look at a few of the key tactical moments from this riveting match. 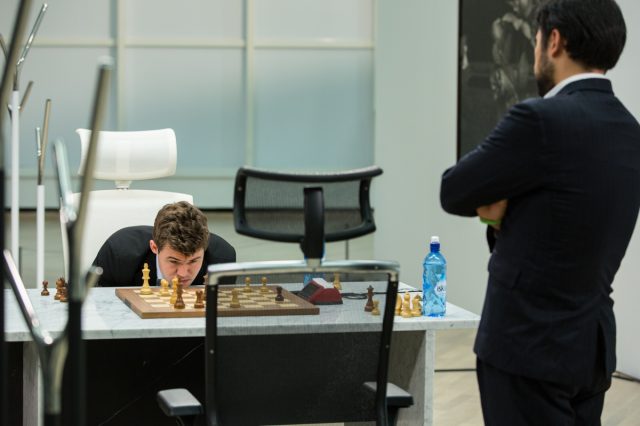 Magnus Carlsen has won the match, clinching victory with 3 games to spare. 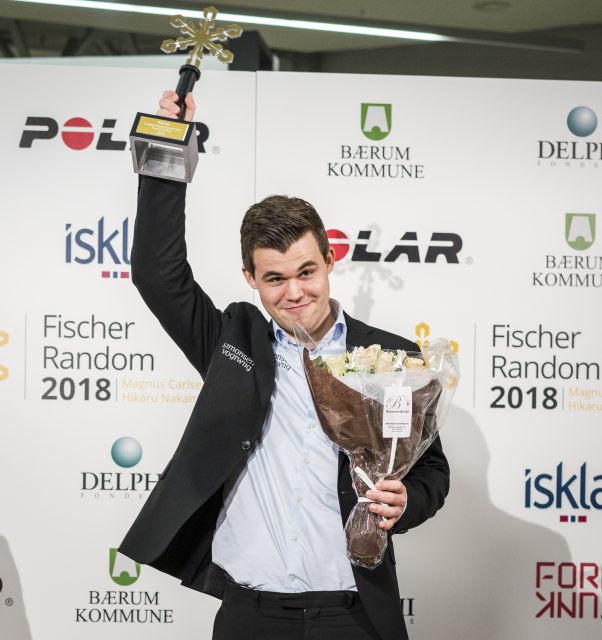 "This match showed that it’s [Fischer Random's] not too weird, and it leads to exactly what you want, which is chess without theory and still at a reasonable level. I think in those terms the match was definitely a success, and I think we’ll all strive to get better." -Magnus Carlsen