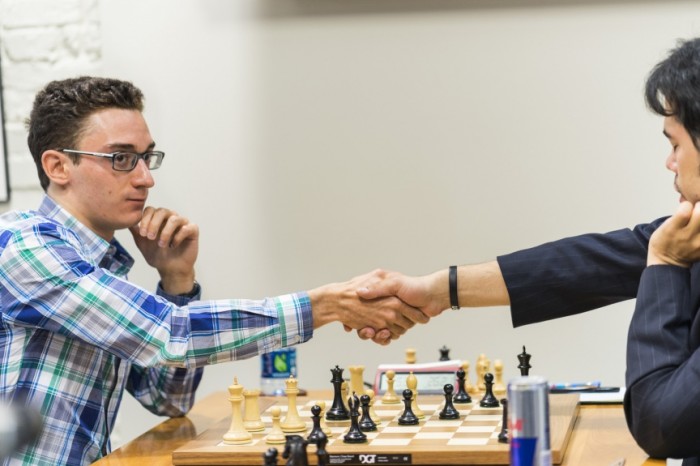 A pivotal moment of the championship—Hikaru Nakamura resigns against Fabiano Caruana.     Photo courtesy of Lennart Ootes.

At the halfway point of the U.S. Championship, two favorites, Fabiano Caruana and Wesley So, lead while Ray Robson trails by half a point.

The defending U.S. Champion, Hikaru Nakamura, trailed by a point (along with Jeffrey Xiong and Alexander Onischuk) since he lost to Caruana in the 4th round.

Test your calculation skills with these tactics from decisive moments in the championship. 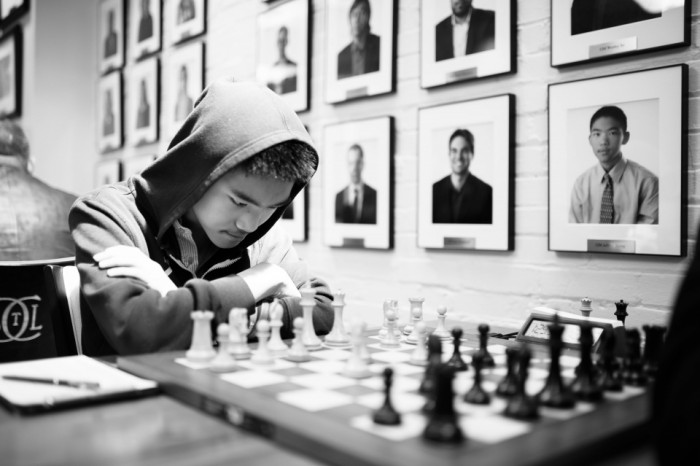 After tense middlegame battle between the prodigy and the veteran---with both sides vehemently fighting for the upper hand, Kamsky blundered in an equal position. How did Xiong score his first victory of the championship?

Show Solution
"The defensive power of a pinned piece is but imaginary." -Aron Nimzowitsch
Show Solution

How did Caruana get the better of Nakamura in the battle between the top two Americans?

"Every student hears tall tales of grandmasters who can look 10, 15 or 20 moves into the future. A GM annotating one of his games may claim he visualized the winning ending while he was still in the early middlegame. Or when he was in the late opening. Or when he was having breakfast that morning.

Most of the time you can find a good move - if not the best move - with a low level of calculation. How low? Two and a half moves into the future."

"Calculation without a goal is wasted."