We’re off to an energetic start for the National Middle School (K-8) Championship this weekend in Grapevine, Texas. With nearly 900 competitors from 38 states convening in the Lone Star State, US Chess staff and volunteers have been busy getting the boards and clocks set for Round 1 today at 1 p.m. CT.

The K-8 kicked off Thursday with the exciting preliminary Bughouse and Blitz tournaments.

Like the High School Championship earlier this month, we crowned co-champs in the Bughouse tournament. From a field of 14 teams, top prizes went to the teams of Advait Nair & Akshat Suresh from Florida, and Alexander Bianchi & Logan Shafer from Texas, with scores of 8.0/10.0. 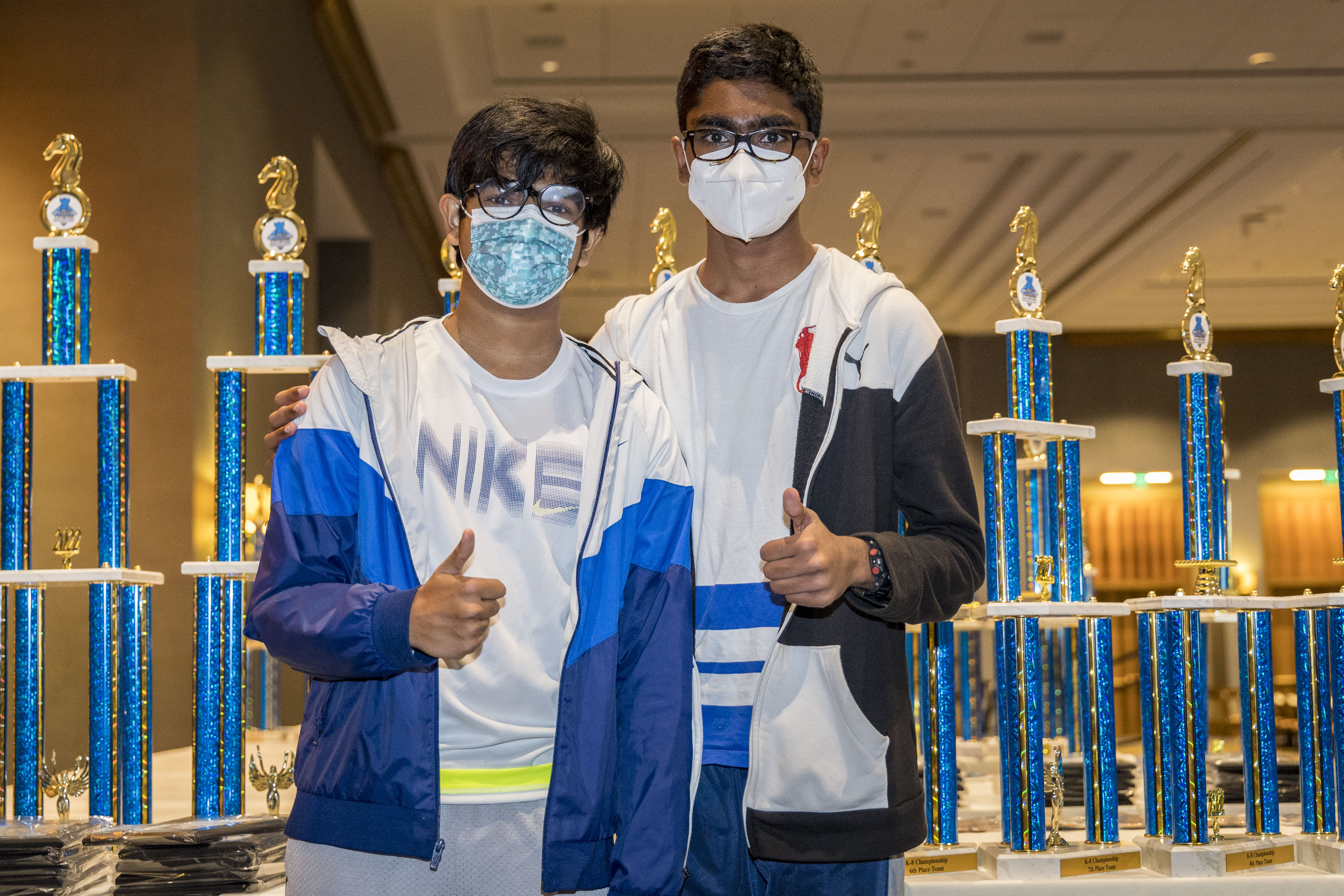 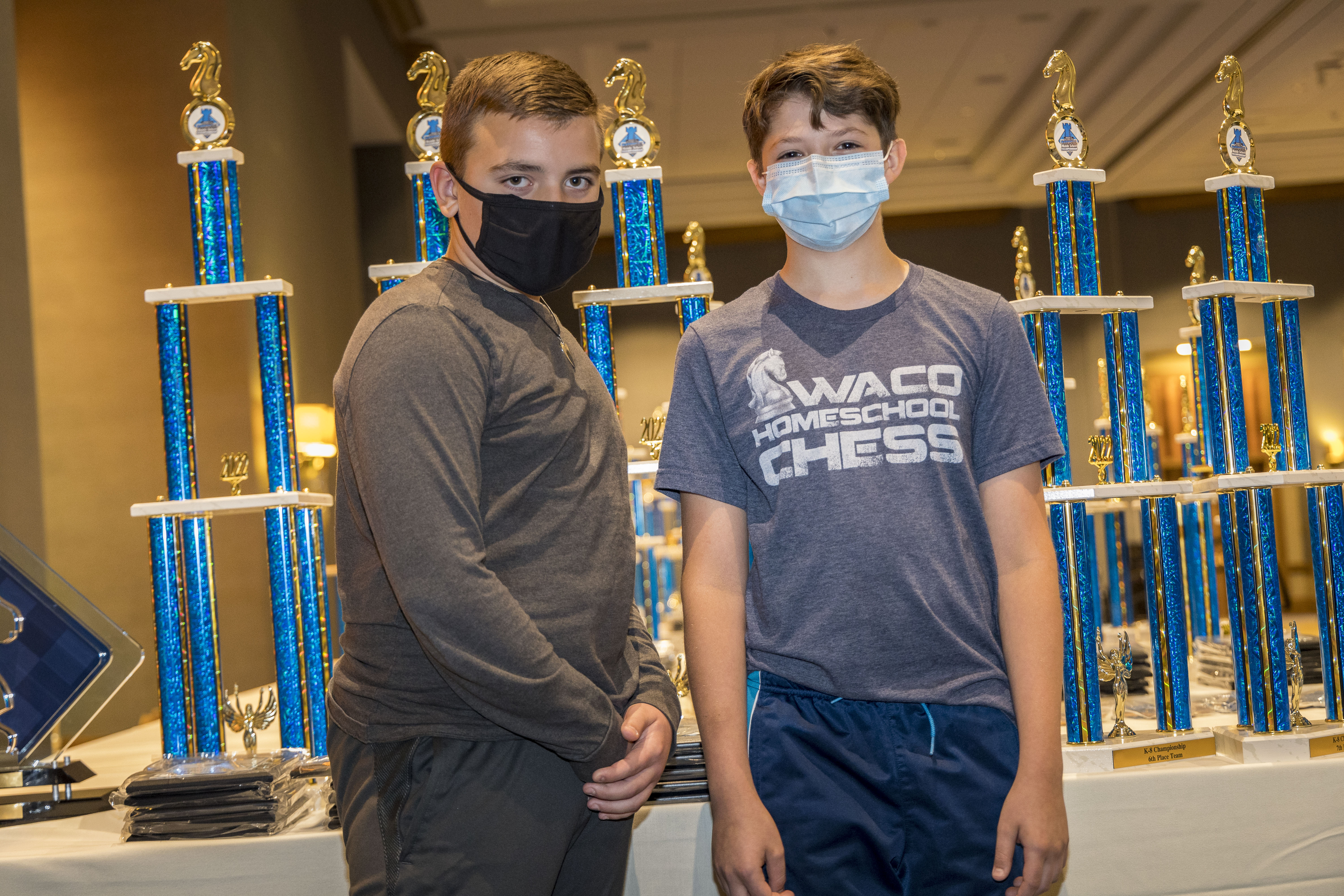 The evening’s Blitz tournament was not without its own drama. With a field of 135 players that included 8th-grader Brian Tay, 2021 Virginia State Scholastic Champion and 2019 National K-12 second place finisher, as well as 5th-grader Ethan Guo who placed second in the 2022 California K-5 Championship last month, the competition was sure to be fierce… and it was!

For the top 22 players in the field, no one took a loss until round 3 and only two draws appeared prior to that. Blitz co-champion Vaseegaran Nandhakumar, a 7th grader from Kansas, looked to make a perfect run until drawing third-place finisher Eric Liu in the final round, finishing with 11/12. This last round draw allowed Ethan Guo, who drew Akshat Suresh in round 4, to climb back to a first-place tie with Nandhakumar, following two straight wins. Brian Tay finished with 9.5/12, though having taken a loss against Nandhakumar in round 5, gave a strong performance with wins on the rest of his pairings. 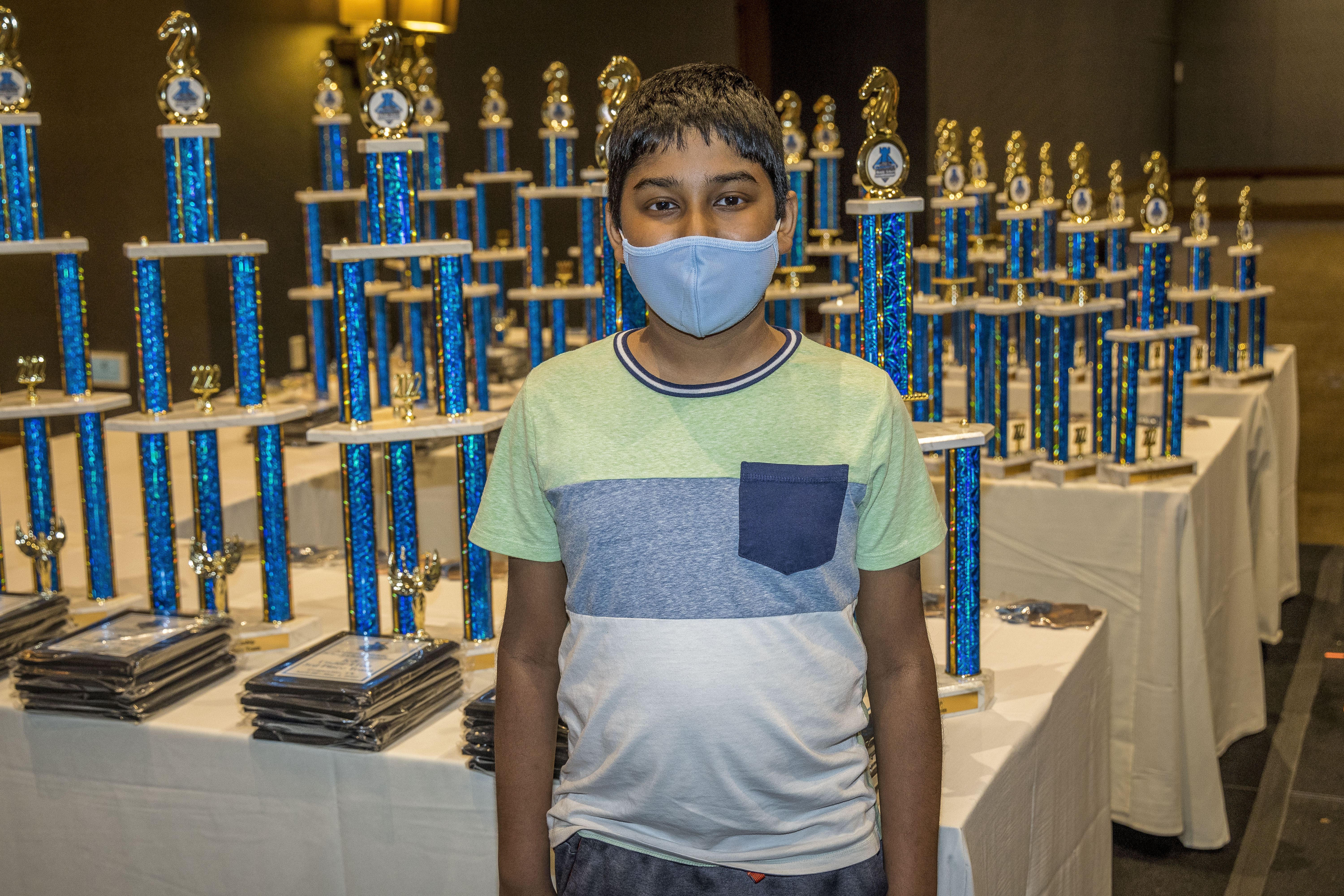 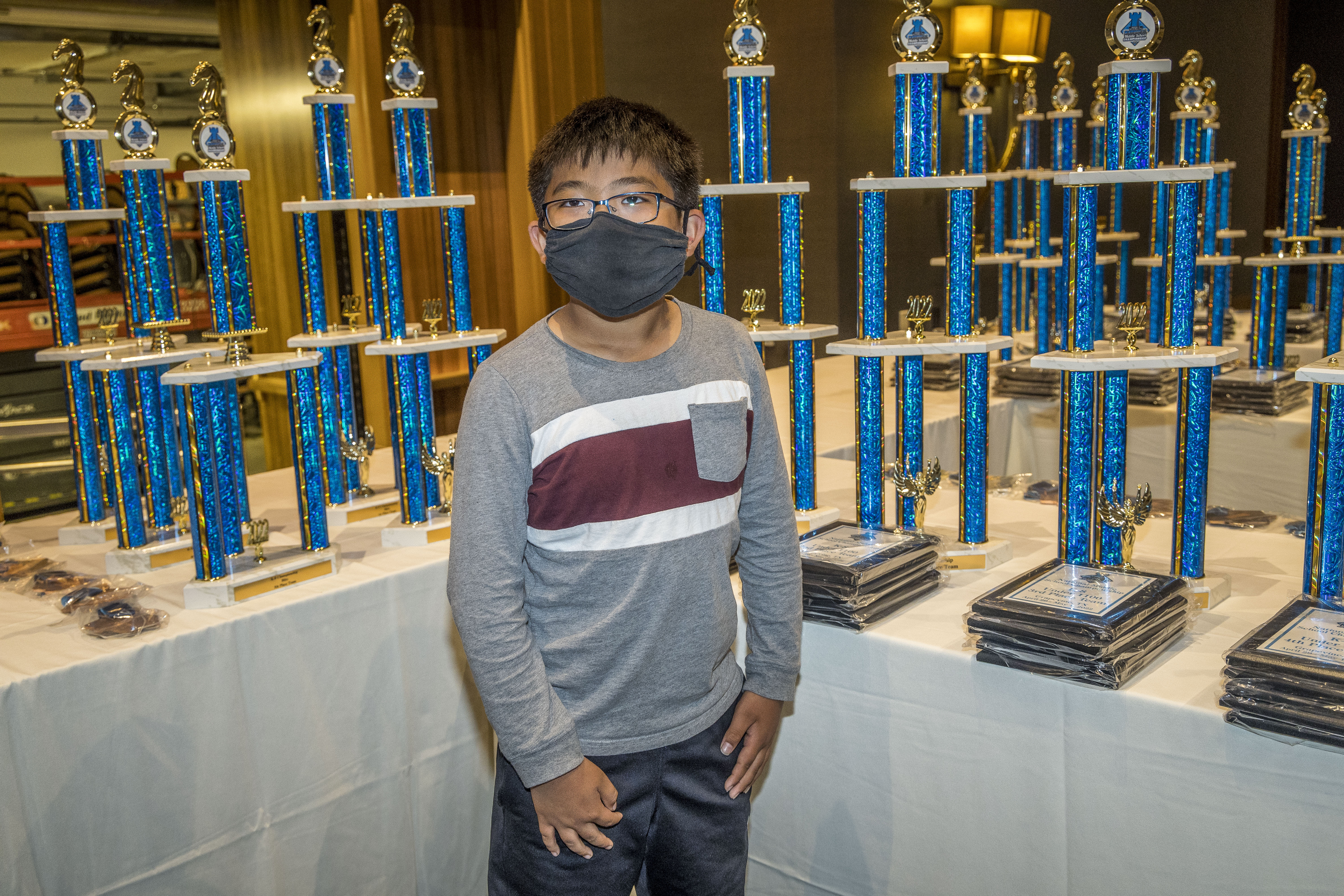 Round 1 of the National Middle School (K-8) Championship begins today with opening ceremonies at 12:45 p.m. and first moves at 1 p.m. sharp. From the field, some other players to keep an eye on include:

Extra-Curriculars at the K-8

In addition to the competition in the main playing hall, this National Event will feature appearances from GM Julio Sadorra, head coach for the University of Texas at Dallas (UTD) chess program and three-time Texas state champion, who hosted a simul this morning, will take on all comers for some fun, casual blitz, and give two special lectures with Q&A for those in attendance.

The US Chess Girls Club will be in full effect with events throughout the weekend with WGM Sabina Foisor, WIM Emily Nguyen, and WIM Dr. Alexey Root. They’ll be on hand for lectures, game reviews, and more. All female players with their coaches and families are welcome to join.

US Chess will be broadcasting live commentary and analysis from our Twitch channel for rounds 5 through 7. First broadcasts begin at 8 p.m. ET, 7 p.m. CT on Saturday with special guest commentators WGM Sabina Foisor and WIM Emily Nguyen, who will provide insights and connect all the critical moves for the top boards. Give us a follow, subscribe, and watch live at www.twitch.tv/USChess.