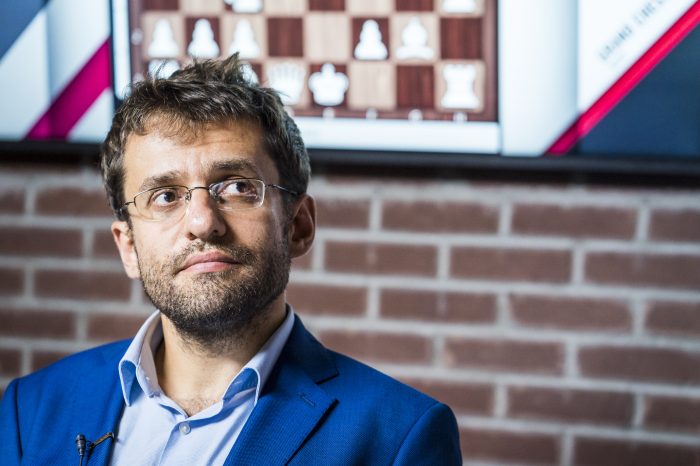 "There are not enough wins to give as a present to the person I love." -STL Rapid & Blitz Champion Levon Aronian, who is looking forward to his upcoming marriage. Photo: Lennart Ootes
Levon Aronian clinched clear 1st in the St. Louis Rapid and Blitz with a dominating 24.5 score, 3 points ahead of his closest competitors. Aronian was able to maintain his 1st place lead from the rapid segment throughout the entire event, gradually increasing the distance between him and the rest of the field. He sealed victory with 2 rounds to spare. 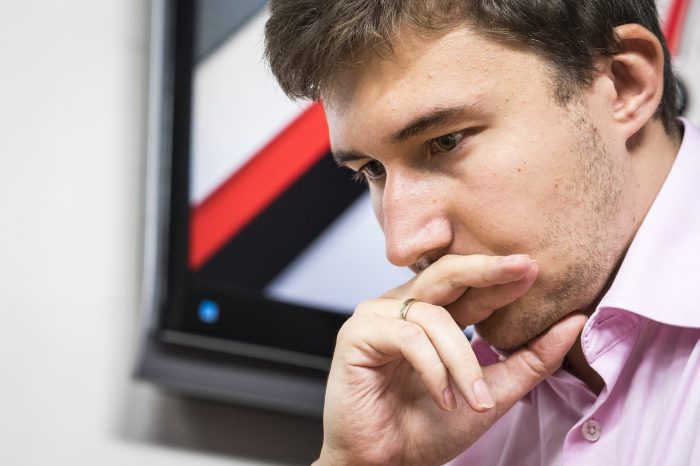 Sergey Karjakin played brilliantly during the blitz segment, but it wasn't enough to catch Aronian's consistently strong play throughout the event. Photo: Lennart Ootes
Along with Aronian’s overall victory, another key story of the blitz segment was Sergey Karjakin’s impressive comeback. He began the blitz tied for 6th-7th place overall because of a lackluster rapid performance. During the blitz day 1, the reigning World Blitz Champion obtained a monster score of 8 points out 9 games. He finished with the highest blitz score and a tie for 2nd overall with Hikaru Nakamura. In addition, he gained 81.6 FIDE blitz rating points from the event, pulling him from 7th to the clear #2 in the world, behind only Carlsen.

Here are a few of the tactical highlights from the action-packed blitz segment of the STL Rapid & Blitz.

How did Aronian start a deadly kingside attack in this seemingly calm and blocked position? 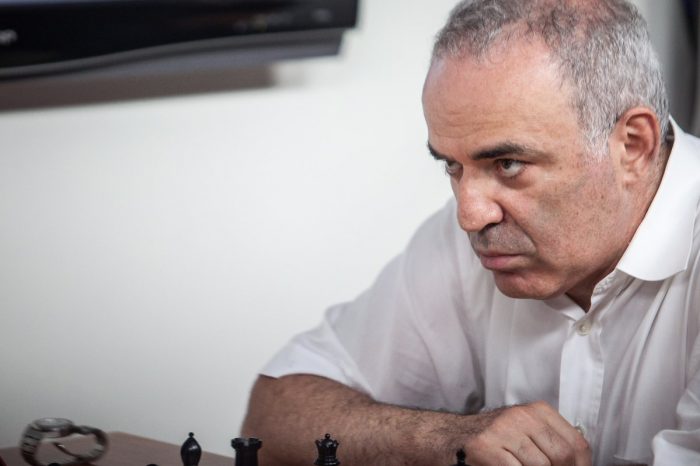 Garry Kasparov on the final day of the STL Blitz & Rapid: "I was reminded in my game against Leinier that it could be my last Najdorf." Photo: Eric Rosen

Although Kasparov had a difficult start in the blitz tournament, he made a comeback in the second half, going undefeated for the last 8 rounds and achieving victories against Caruana, Nakamura, and Dominquez Perez. How did Kasparov finish off this game? [fen]5k2/R7/5P2/1pN2p2/pP5p/6bP/2P3K1/4rn2 b - - 0 61[/fen] 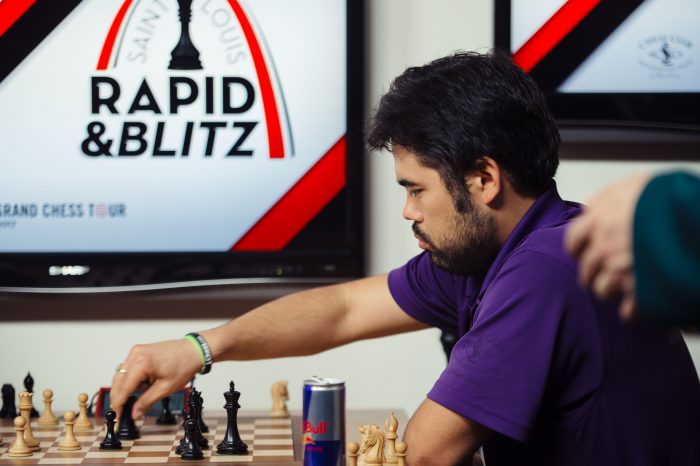 Going into the 16th round, Karjakin was the only player who could still possibly catch Aronian. Thus, Nakamura's victory against Karjakin sealed Aronian's 1st place victory with 2 rounds to go. It also tied Nakamura for 2nd, which he maintained until the finish. How did Nakamura win this pivotal game? [fen]4r2k/p2r1np1/1p1P1p1p/2p1P2q/P4R2/3NP1PP/2Q4K/5R2 w - - 0 46[/fen] 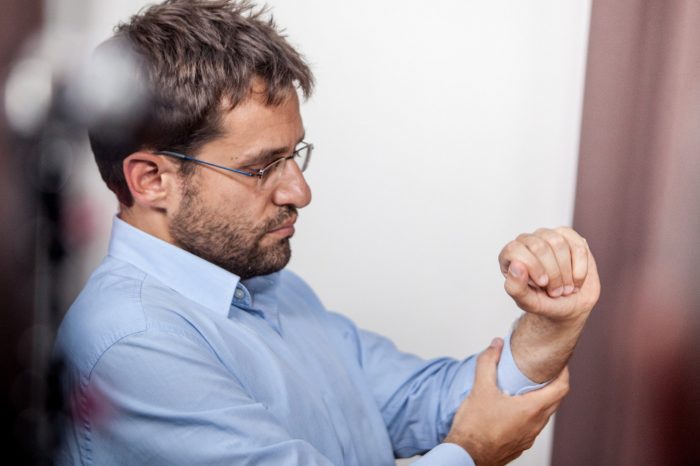 Aronian missed out on his chances to win the Sinquefield Cup in the last round, but the STL Rapid & Blitz event gave him a second chance in St. Louis. Photo: Eric Rosen 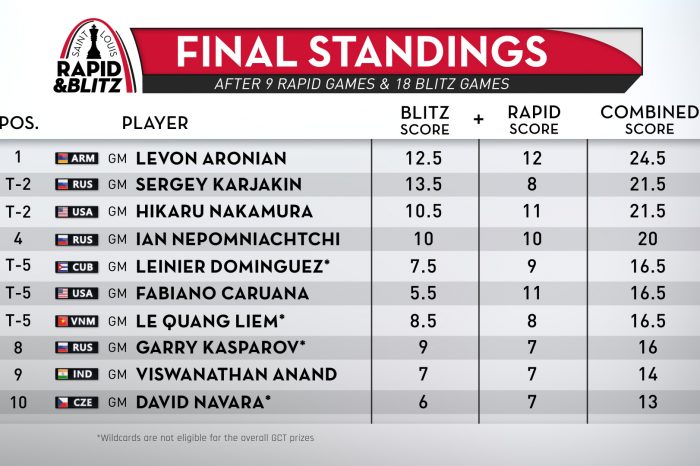 For more information on the STL Rapid & Blitz and the Grand Chess Tour, visit the Official Website. Also, check out the US Chess Twitter page for highlights from IM Eric Rosen's Twitter Takeover during the final day.
SHARE: