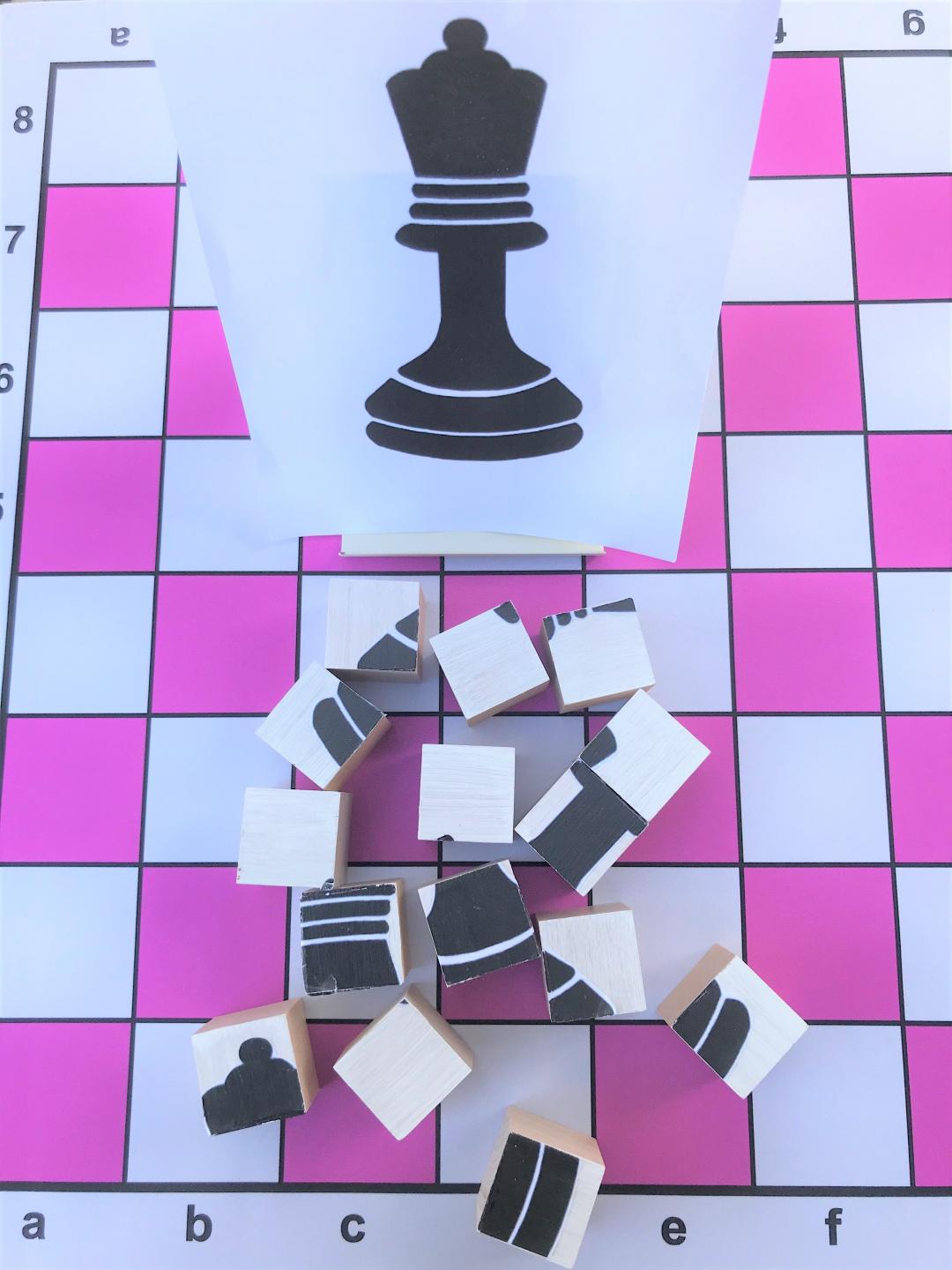 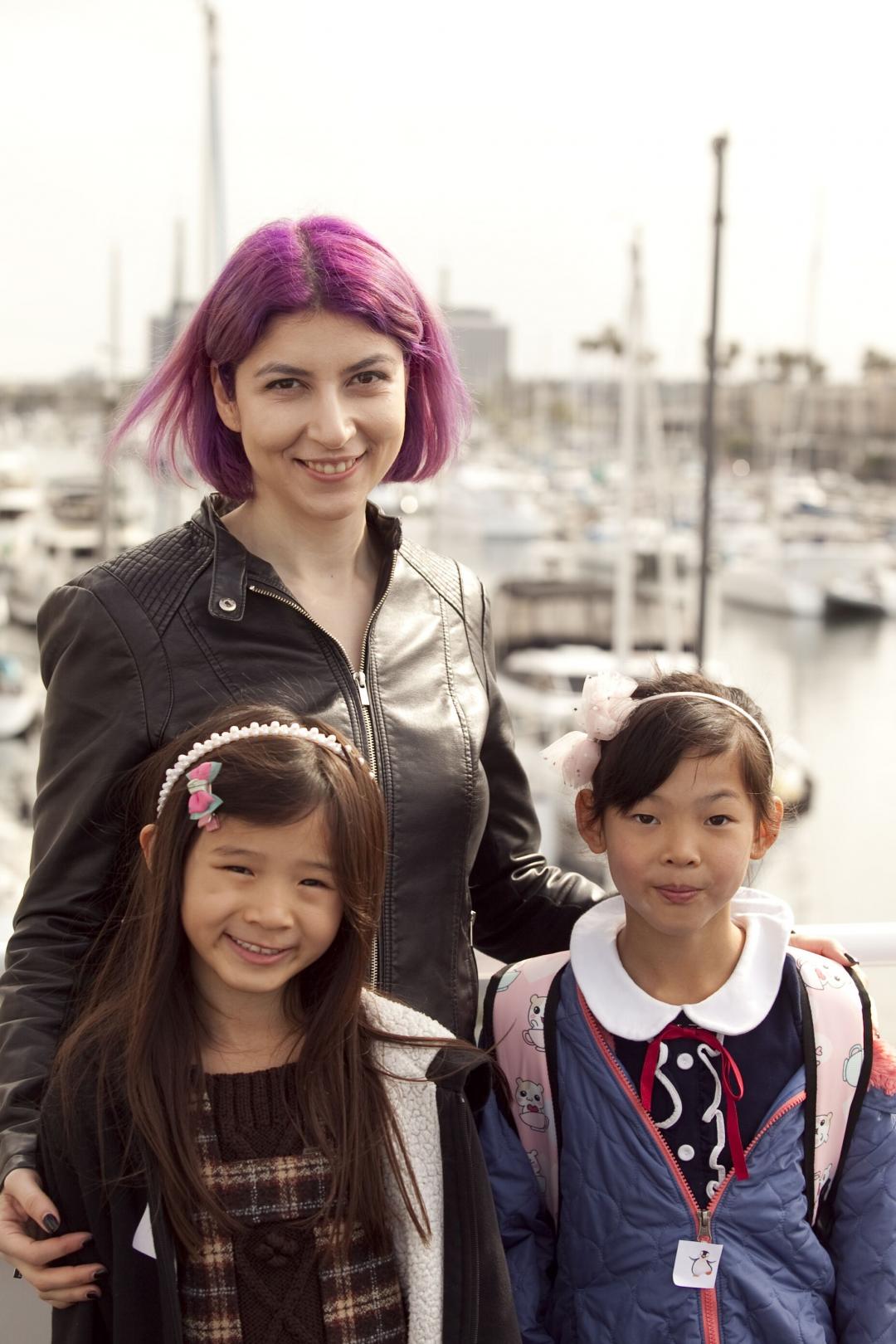 Tatev Abrahamyan with young chessplayers at the previous edition of Promoting to Queens, held on a yacht in February

A mere month after the third meeting of “Promoting to Queens,” which took place on a yacht, our lives had been turned upside down by the pandemic.  This postponed the final meeting indefinitely. Luckily, besides the beautiful coastline and the perfect weather, Southern California is also equipped with a tireless chess devotee named Jay Stallings. Jay quickly moved the program online to keep the momentum going. The final session of Promoting to Queens started in the middle of April and lasted for four weeks. While Zoom lessons are challenging for some, I think a lot of the kids thrive in this environment; it allows the quiet, shy kids to to feel like part of the class by typing their answers in the chat instead of speaking out. The girls were split into four groups taught by Annie Wang, Sarah Lu, Eva Keshishian, Nessa Cannon, and myself. In my classes, we briefly covered the biographies of Women’s World Champions and analyzed some of their games.

The Maia Chiburdanidze game is one of my favorite examples to use in a lesson as the variations branch out and require precise calculation. It also makes a strong impression on some, as one of the girls exclaimed that she loved the lesson after we finished with the game. Although the circumstances haven’t been ideal, the girls were treated to an opportunity of a lifetime, one they wouldn’t have been afforded otherwise: The Promoting to Queens program appropriately concluded with an appearance by none other than the Chess Queen herself! 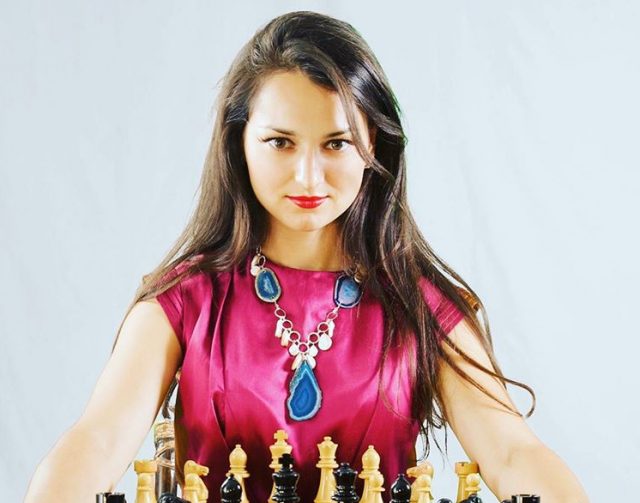 Former Women’s World Champion Alexandra Kosteniuk is a great ambassador of the game and has been ahead of the curve when it comes to promoting the game. After an introduction covering the highlights of her luminous chess career, we briefly discussed the other projects she has been involved in, including her role in a movie and the “Chess is Cool” podcast. Her podcast debuted in 2005, but to this day people still listen to it and bring it up to her. Alexandra shared words of encouragement as well,  urging the girls to always aim higher, be it in chess or otherwise. She spoke extensively about the importance of discipline and hard work, emphasizing the significance of working towards a goal every single day and setting specific objectives each day to complete, instead of simply the general goal of “I am going to work on chess today.” To my surprise, she admitted to not being very disciplined herself and relying on these tools to get work done every day. Next, it was time for some chess. Alexandra shared the decision making algorithm developed and used by her chess academy. 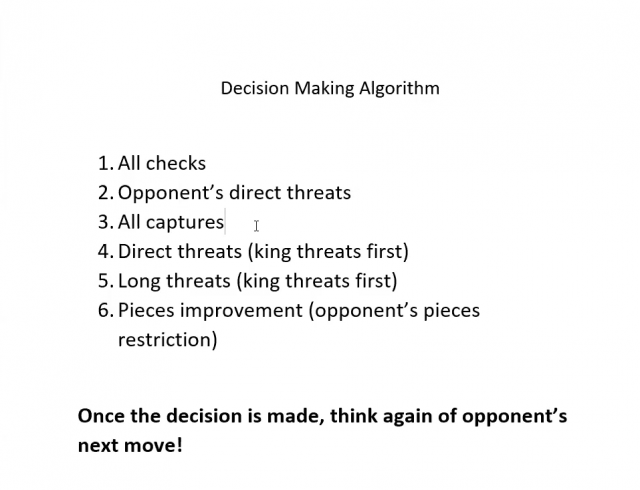 Then she went over some puzzles from a workbook in her program that applied the aforementioned 6 principles. 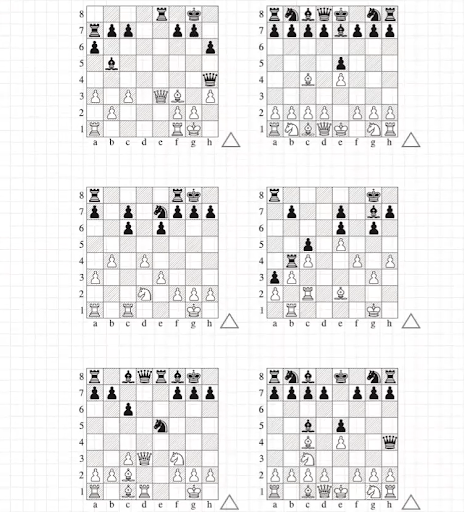 Finally, we went over some key wins of her career and asked Alexandra to share her thought process. The Chess Queen is a great tactician, which made this part of the day quite fun for the girls. We started off with one of her most recent wins against Carissa Yip from the 2020 Cairns Cup.

We moved on to common tactical themes that we see in books. We also went over her only win against Hou Yifan from their match in the 2008 Women’s World Championship finals. To my surprise, Alexandra didn’t consider winning the World Championship title the most important milestone of her career. She felt that her performances in team events securing Team Russian Olympiad and World Team Championship medals were more meaningful. After some Q&A it was time to say goodbye to Alexandra and for the younger participants to move on to the online playing area. The day concluded with the special appearance by Jennifer Yu and Annie Wang, Harvard and MIT students respectively come fall. The girls in seven grade and up were treated to some excellent college application and acceptance tips from Jennifer and Annie. The main two takeaways for future college applicants are finding a program that best suits your goals regardless of the ranking of the school and showing a long commitment to an extracurricular activity. Jennifer even had three pages of notes prepared with tips from her friends who aren’t as high rated as her. While the impressive resumes of our young stars are unique, everyone can utilize their involvement in chess, whether it be playing, volunteering, or teaching. 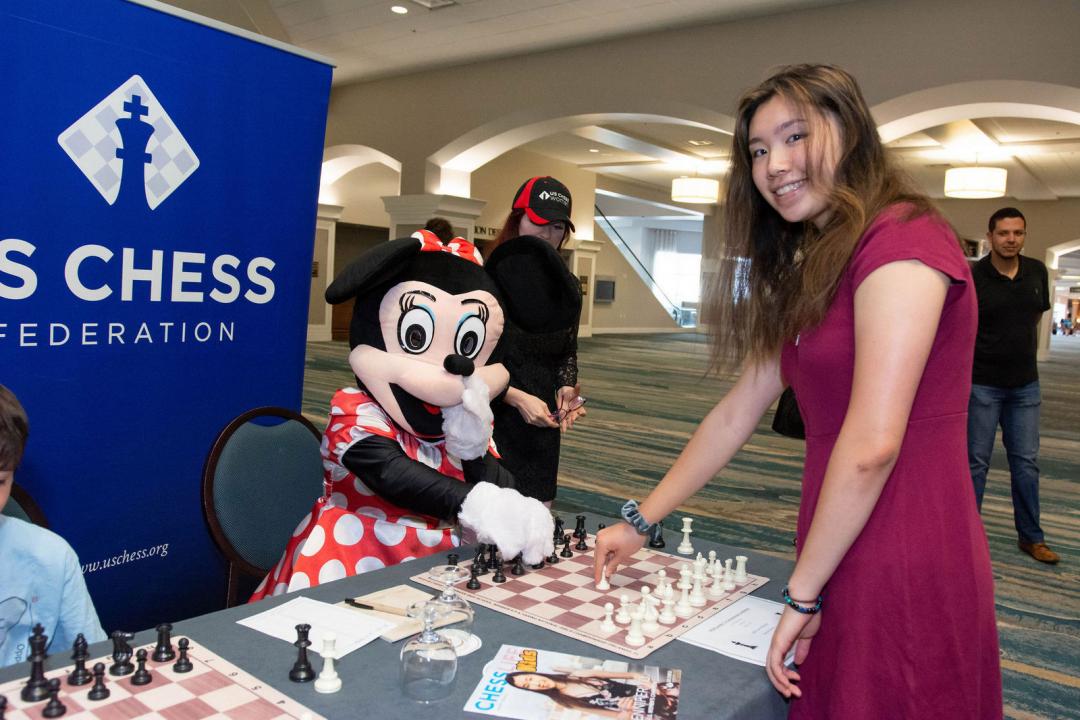 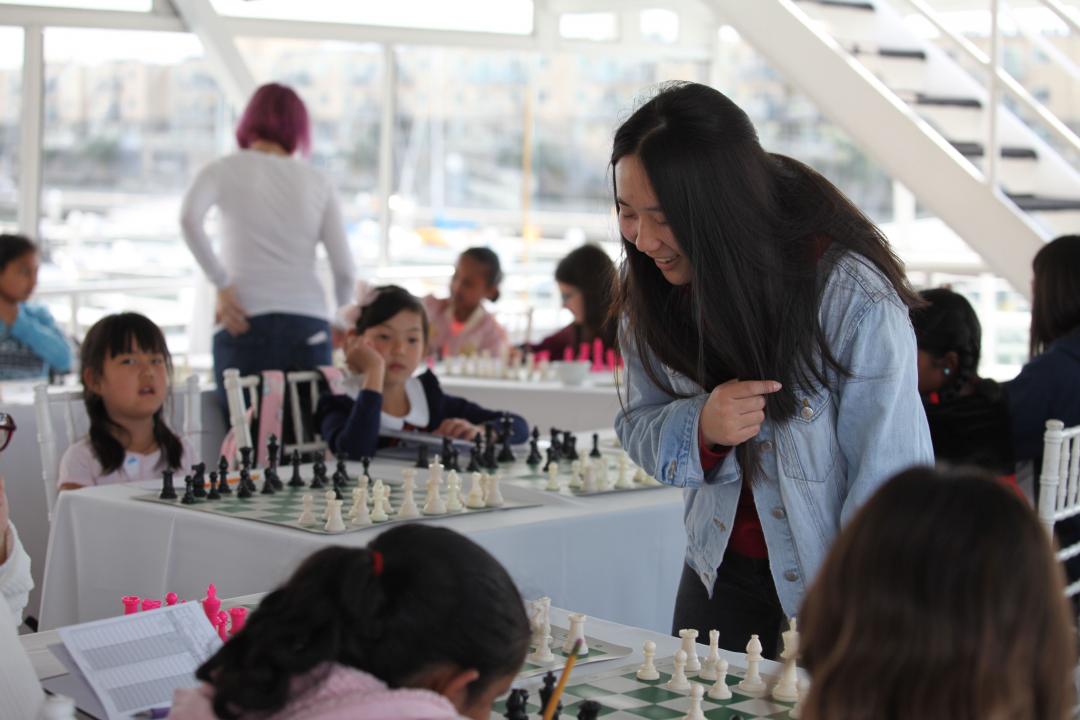 This program was made possible by a grant from US Chess and the St. Louis Chess Club, and most importantly by Jay Stallings, who always leads with compassion and an abundance of patience. Find out more about Jay Stallings work at https://cycl.org/. Follow Tatev on twitter and read about her recent triumph in Isolated Queens here.  US Chess Women hosts weekly online classes for girls, email jshahade@uschess.org for more information.