When the COVID-19 pandemic exploded across the globe, many - including myself - assumed that top-level chess would come to a standstill. Then the "online wars" (see GM Jon Tisdall's account of the online revolution in the July issue of Chess Life) kicked off, with chess.com and Chess24 hosting multiple elite rapid and blitz events. Still, despite all the online action, fans of classical chess have felt somewhat adrift. Long time controls have not traditionally thought to be a good fit for online play, in no small part due to the inherent risk of cheating or other nefarious actions.

Some intrepid organizers bucked this trend. One of the first was the Sunway Sitges Open, reported on here at CLO by 13-year-old IM Christopher Yoo. The Pacific Northwest Chess Center (PWNCC) has also held multiple longer time control events, including the G/60 Online Masters (reported on by Kirk Ghazarian) and the World Online Open. 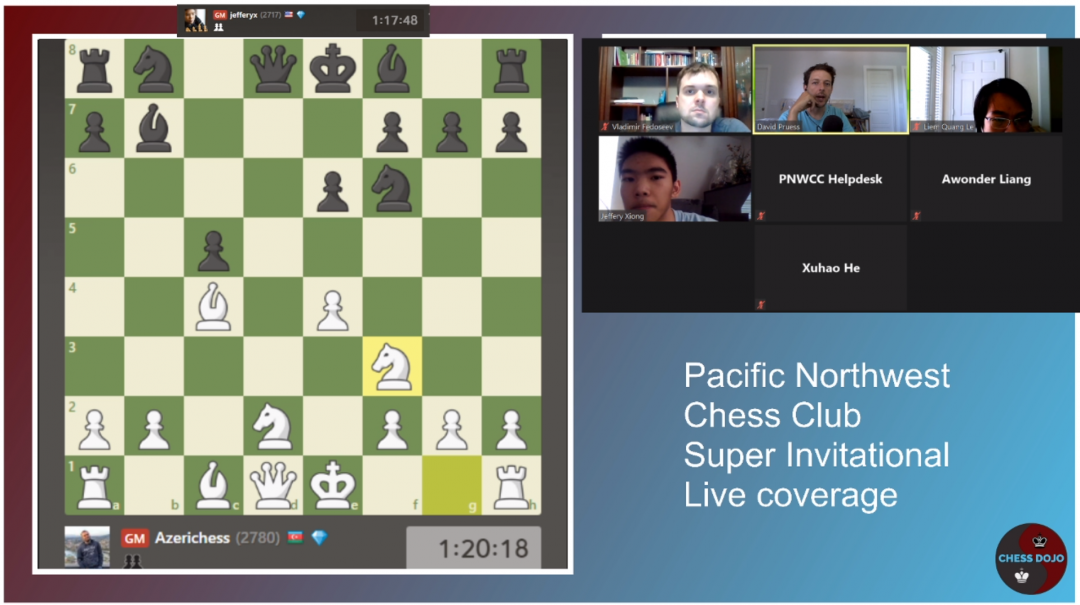 The most recent events put on by the PWNCC were two four-player double round-robins that finished on Friday. The PWNCC Super SOS was a Category 19 event (although not FIDE rated), with GMs Vladimir Fedoseev, Le Quang Liem, Shakhriyar Mamedyarov, and Jeffery Xiong squaring off. The PWNCC Rising Starts 'only' reached Category 16, and included GMs Andrey Esipenko, Awonder Liang, Parham Maghsoodloo, and Amin Tabatabaei. All the games were contested on chess.com, with live coverage for rounds 2, 4, and 6 provided by ChessDojo.

Jeffery Xiong had a tremendous result in the Super SOS, coming back from a round 3 defeat at the hands of Mamedyarov to win the event by a half-point at 4/6. He clinched his victory with a neat win over Mamedyarov in the final round, although he may rue missing the spectacular queen sac that could have finished things a bit more quickly. 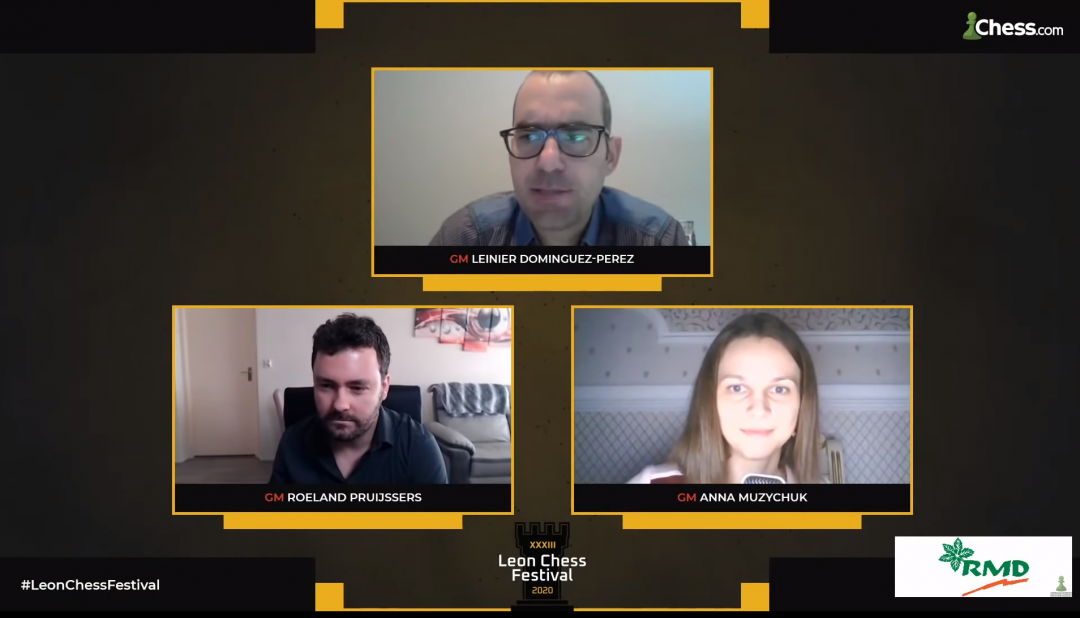 Dominguez first defeated Maghsoodloo in the semi-finals, a matchup that many thought might be on tap for the finals, by holding with Black in an armageddon game. He then took down Santos to win the tournament. Here is the key game from the finals, a sparkling strategic game featuring excellent handling of the hanging pawns and a sweet exchange sacrifice.

Chess fans will continue to have plenty of viewing choices in the coming days. The Chess24 Legends of Chess online rapid event begins on Tuesday, July 21st, while over-the-board play returns at the Biel Chess Festival begins on Saturday the 18th, featuring both a GM round-robin and an Amateur Open.