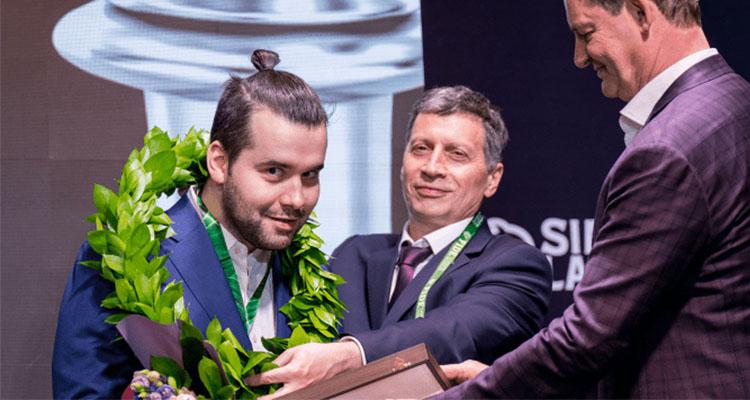 Considering a day of games played merely as ceremony, the end of the 2020-21 FIDE Candidates Tournament still arrived with its fair share of headline news.

The hangover may have been real for both Russian GM Ian Nepomniachtchi and Dutch GM Anish Giri, who each suffered losses the day after realizing their fate in the biggest tournament on the international chess calendar. Confirmed with the results of Monday’s penultimate 13th round was the end of Giri’s mathematical chances to overtake Nepo in the standings, seeing the Russian clinch the Candidates’ coveted top prize and securing him as the next challenger to World Chess Champion Magnus Carlsen.

Nepomniachtchi was officially crowned the 2020-21 FIDE Candidates Tournament winner during the closing ceremony on Wednesday, thus ending the longest chess tournament in history – 400 days from start to finish – complete with a 13-month intermission. His focus will now turn toward a 14-game World Chess Championship against the incumbent Carlsen, scheduled for this November in Dubai.

“In the current situation, to start this tournament was big courage, and to end it – an act of heroism,” Nepomniachtchi said. “The contribution of everyone involved, from sponsors to volunteers, was very important. Of course, I would also like to thank my team who deserves this success even more than I do; their work was left behind the scenes. It’s not the tip of the iceberg, it’s the part that is hidden under the water. I am just moving the pieces.”

All results aside, an equally large headline delivered at the Candidates conclusion was the surprise retirement of Chinese GM Wang Hao, who announced his intentions shortly after suffering his third consecutive defeat in the event, to French GM Maxime Vachier-Lagrave. Citing health concerns, Wang Hao, 31, who has maintained a spot among the World’s Top 100 players since entering as a 17-year-old in 2006, said that he still intends to coach and participate in friendly matches, but was done with the stress of professional chess. Wang Hao appears as the World No. 12 and at the highest rating of his career, 2763, according to FIDE’s last published rankings in April 2021. 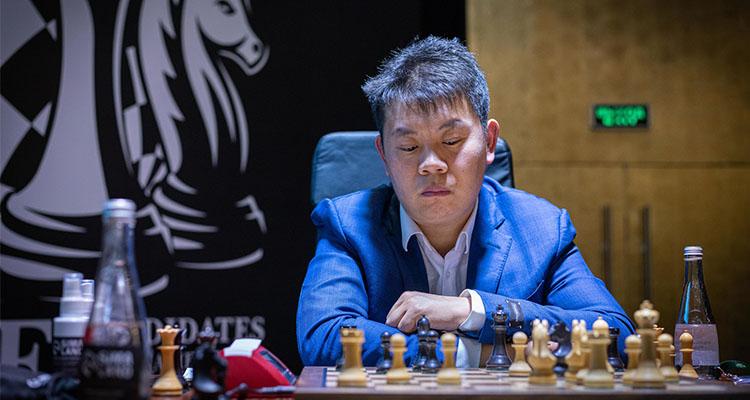 Additional news released from Wednesday’s closing ceremony was FIDE’s intentions to hold the next Candidates Tournament in just one year’s time in 2022, in an apparent attempt to return to its original two-year cycle, disrupted last year by the global pandemic.

FIDE also revealed intentions to revisit its tiebreak rules for the Candidates Tournament, which came under fire at the conclusion of this event. Though the results of Tuesday’s games did not play out accordingly, Giri still held mathematical chances entering the round to catch and tie Nepo for the top spot. The current Candidates tiebreaker rules, however, fall first to head-to-head results, instead of a playoff system shared by many other elite events. Reaching back to the Candidates kickoff in March 2020, Nepo’s first-round win over Giri served as the deciding factor, allowing the premature clinch on Monday.

Despite its lack of impact, Tuesday played out as a particularly decisive round that included three victories, and only one draw between American GM Fabiano Caruana and Russian GM Alexander Grischuk in a complex Four Knights Sicilian marathon. Caruana finished the Candidates plus-1 and tied with Giri for third with 7.5/14. Grischuk tied for fifth with an even score. 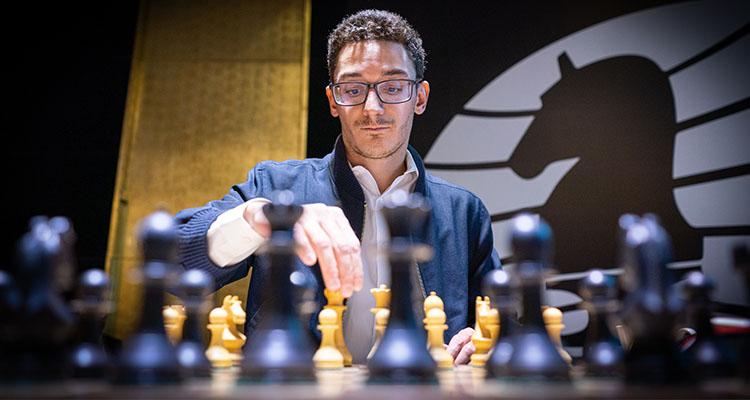 Chinese GM Ding Liren pointed to the effects of quarantine during the first half of the Candidates in March 2020 as an impact to his overall performance, though he was able to right the ship for the second half and finish the tournament with three consecutive wins. His final round victory over Nepo helped return him to World No. 3 in the live rankings, which the Russian had temporarily overtaken on Monday. Extensive analysis of Ding-Liren – Nepo may be found as Tuesday’s Game of the Day by GM Jacob Aagaard. 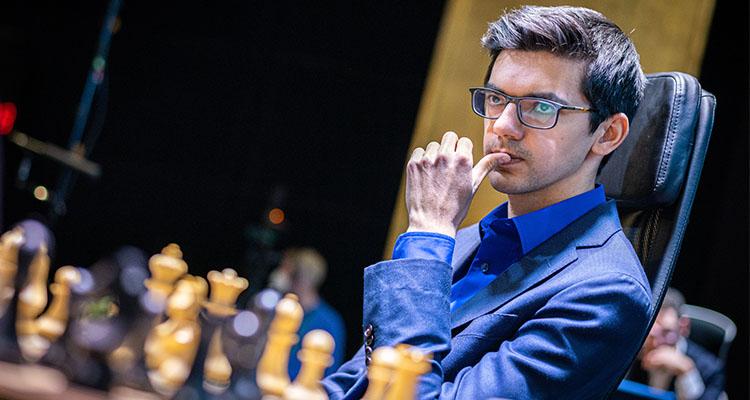 Considering how close Giri had been to the top prize, finishing with two consecutive losses was certainly not part of the Dutchman’s plans. After seeing GM Kirill Alekseenko fall quickly in a Catalan to Nepomniachtchi last week, Giri took his shot against the young Russian to dramatically different results on Tuesday. Alekseenko’s second win of the event helped pull him off the bottom of the standings, finishing 5.5/14 in seventh place.

Wang Hao’s retirement announcement came on the heels of another collapsed game, the end of a struggling Candidates performance uncharacteristic of his otherwise illustrious career. The Chinese No. 2 managed to play balanced in the Berlin until 19. Nd6, but then lost his way for his fifth loss of the tournament. The win helped MVL, who had been tied with Nepomniachtchi in first place midway through the event, finish just a half point behind in second place. 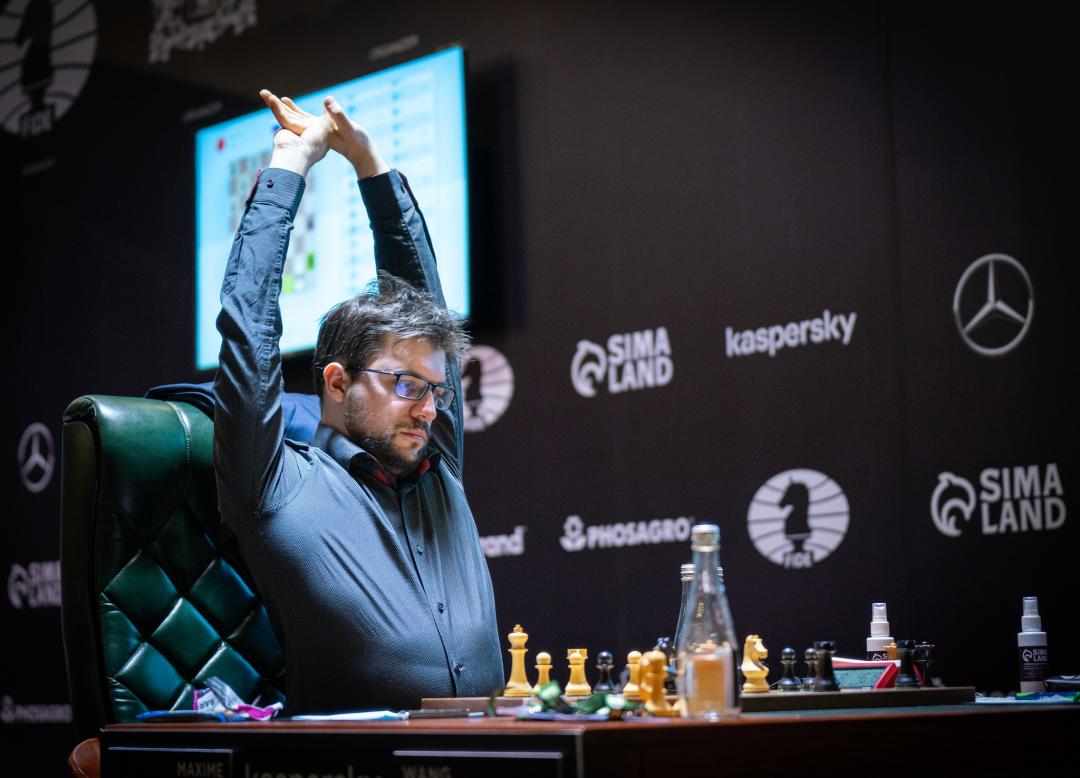