Grandmaster Hans Moke Niemann made a few statements on Sunday – both in his round 3 game, and in his post-game interview – at the 2021 U.S. Junior Championship.

Against the French defense, Niemann scored against the Junior field’s top-seed GM Nicolas Checa on Sunday, sacrificing his knight at 19. Nxg6! to uncork a vicious winning attack. After collecting the full point, Niemann went on to explain his thinking to the Saint Louis Chess Club broadcast crew, realizing in the middle of his calculations: “’Oh, I’m going to win this tournament...’”

The prognostication may not be the opinion of IM Christopher Yoo, who is tied with Niemann for the lead at 2.5/3 after picking up his second win of the event on Sunday over IM Ben Li. Niemann's opinion may also not be shared by reigning Juniors champion GM John Burke, who sits just a half-point behind the leaders after picking up his first win over GM Brandon Jacobson in round 3. 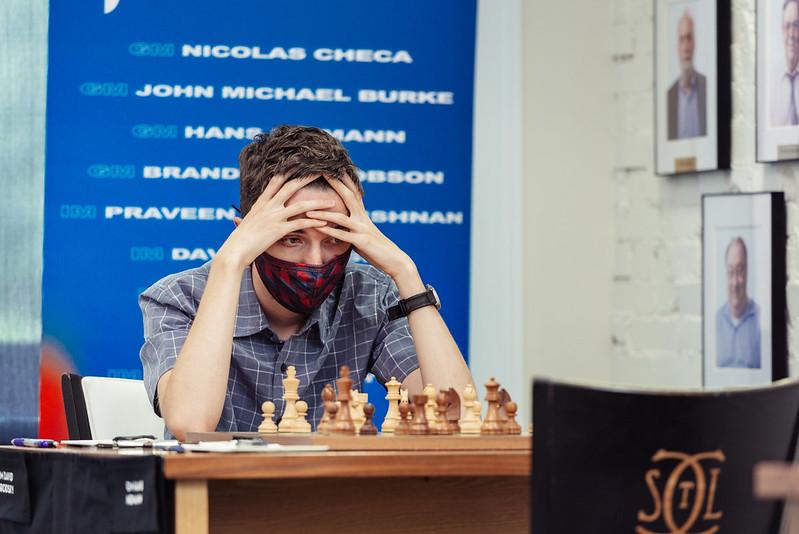 Also sharing second place at 2.0/3 is IM David Brodsky, who has had a solid start to the 2021 Juniors Championship, including two draws against Niemann and Checa. On Sunday, Brodsky caught up with the chasing pack with his first win of the event over IM Andrew Hong, in the U.S. Junior Championship Round 3 Game of the Day, annotated by FM Robert Shlyakhtenko. 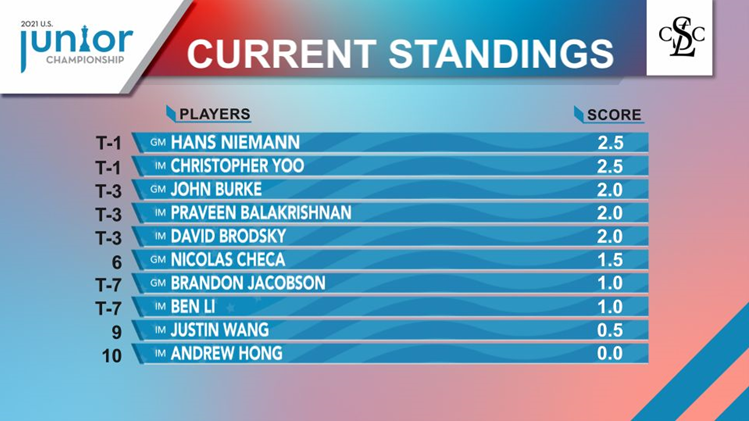 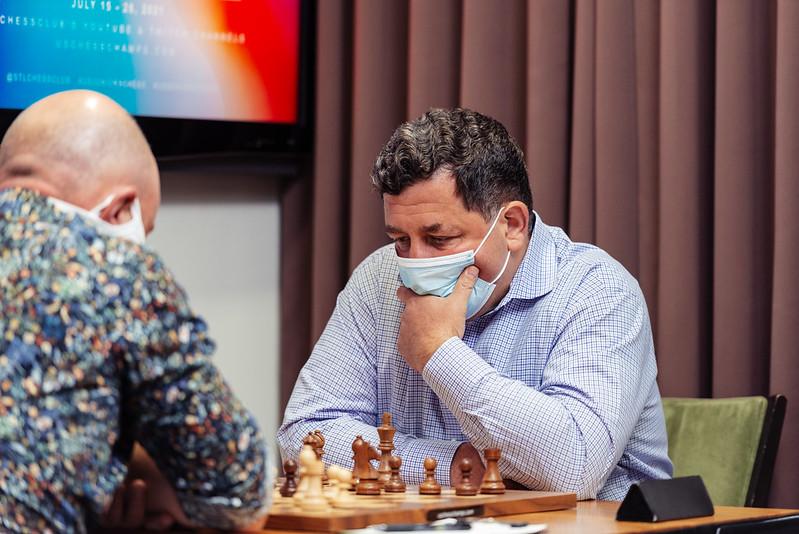 GM Gregory Kaidanov is still the clear leader of the the 2021 U.S. Senior Championship, though he slowed his perfect pace with a third-round draw to famed US Chess coach Melikset Khachiyan in round 3.

A half-point behind is GM Larry Christiansen and IM Leonid Sokolin, the tournament wildcard and the only International Master in the 2021 Seniors field. Sokolin has now put together back-to-back wins, including yesterday's round 2 victory over Khachiyan, and Sunday’s round 3 win as Black against GM Alexander Shabalov – the U.S. Senior Championship Round 3 Game of the Day, annotated by FM Robert Shlyakhtenko. 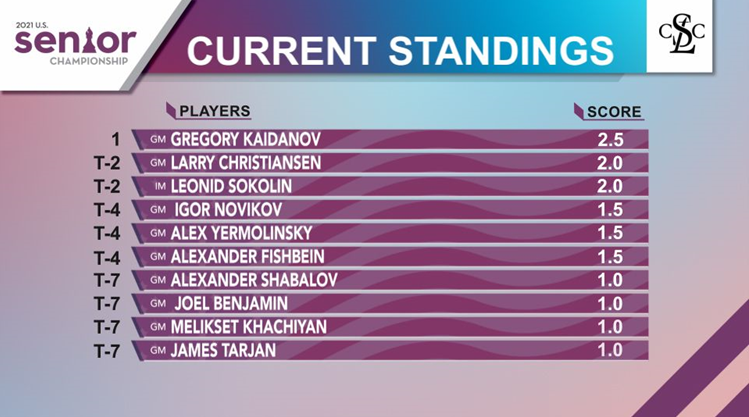 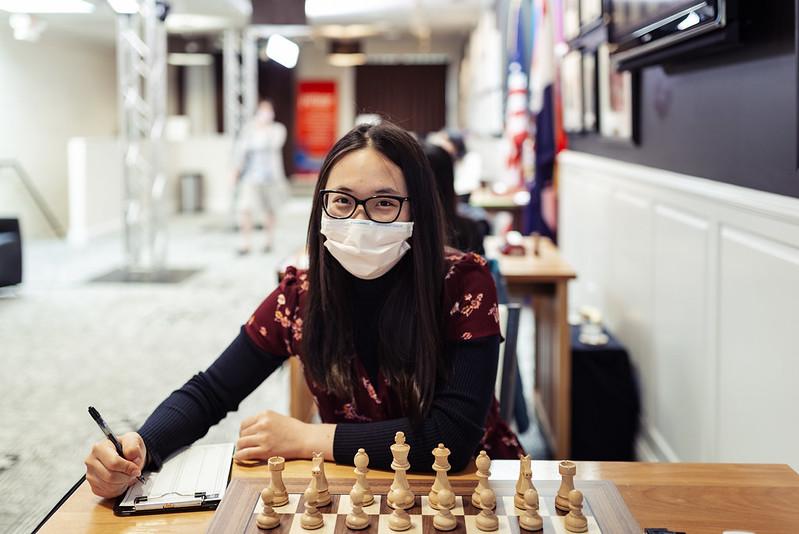 IM Annie Wang is now the clear leader of the 2021 U.S. Girls Championship, and the last of 30 players in the Saint Louis Chess Club to maintain a perfect score after three rounds. Wang scored her third win of the event Sunday as White over Susanna Ulrich, taking clear lead after fellow co-leader FM Thalia Cervantes lost pace with her a loss as Black to WCM Ruiyang Yan. Both Yan and Cervantes now join a four-player chasing pack in second place at 2/3, along with WIM Rochelle Wu and WCM Sheena Zeng. 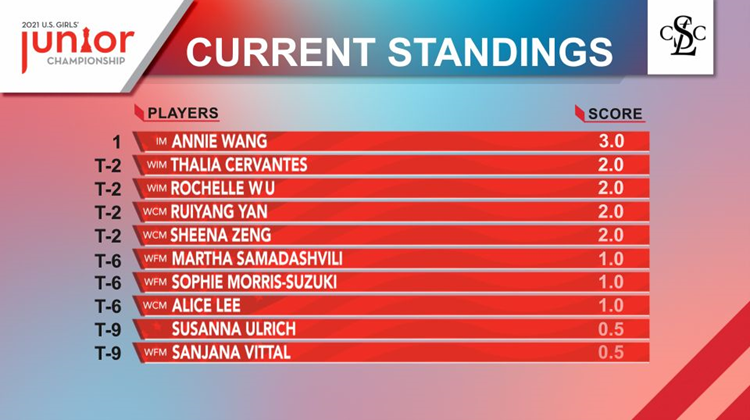 Each round of the 2021 U.S. Juniors and Senior Championships begins daily at 3:00 p.m. central time, along with live commentary from GMs Yasser Seirawan and Cristian Chirila, and host Sharon Carpenter on www.uschesschamps.com or the Saint Louis Chess Club’s YouTube and Twitch channels.

IM Sokolin is not the…