The 2020 Candidates for Couch Potatoes

The 2020 Candidates Tournament starts Tuesday. Did you forget? (It's ok. You've probably been preoccupied with... other things.) No worries - CLO has you covered. Here's what you need to know to get ready, including info on where to keep up with all the news from the comfort of your own couch.

Eight players are currently holed up in Yekaterinburg, Russia, preparing for the start of the 2020 Candidates Tournament, a double-round robin to be contested from March 17th through April 4th. At stake is a spot as the next challenger to World Champion Magnus Carlsen along with a €500,000 prize fund.

When are the games?

Games start daily at 4pm local time and 7am EDT.

What about the coronavirus? How is that effecting the event?

Much of the world is shutting down, trying to enforce social distancing as a means of slowing the spread of COVID-19 or the coronavirus. All of the players are currently in Yekatarinburg, although getting there was not easy. Ding Liren and his team were in quarantine for 14 days after travelling from China. Wang Hao has not been in China for a few months, so he was not subject to the same injunction. Fabiano Caruana’s original flight to Russia was cancelled…

and he then had to call an audible to avoid the Czech Republic.

But while he has arrived safely at the playing site, Caruana is not immune to some jabs from Anish Giri on Twitter:

Pre-match organizational meetings and press conferences have proceeded, and a lavish Opening Ceremonies was presented on Monday night. 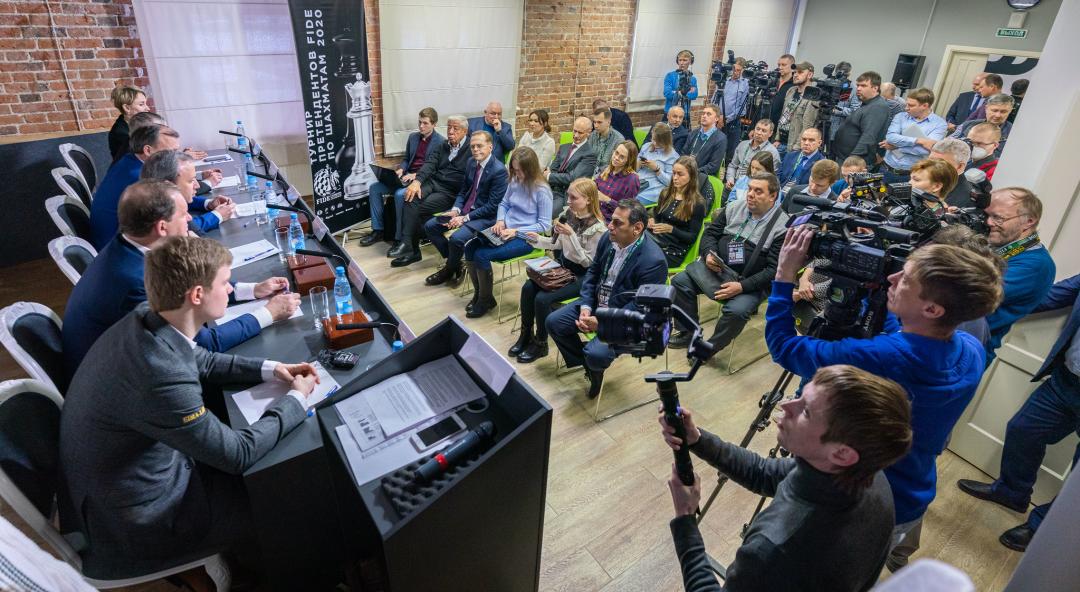 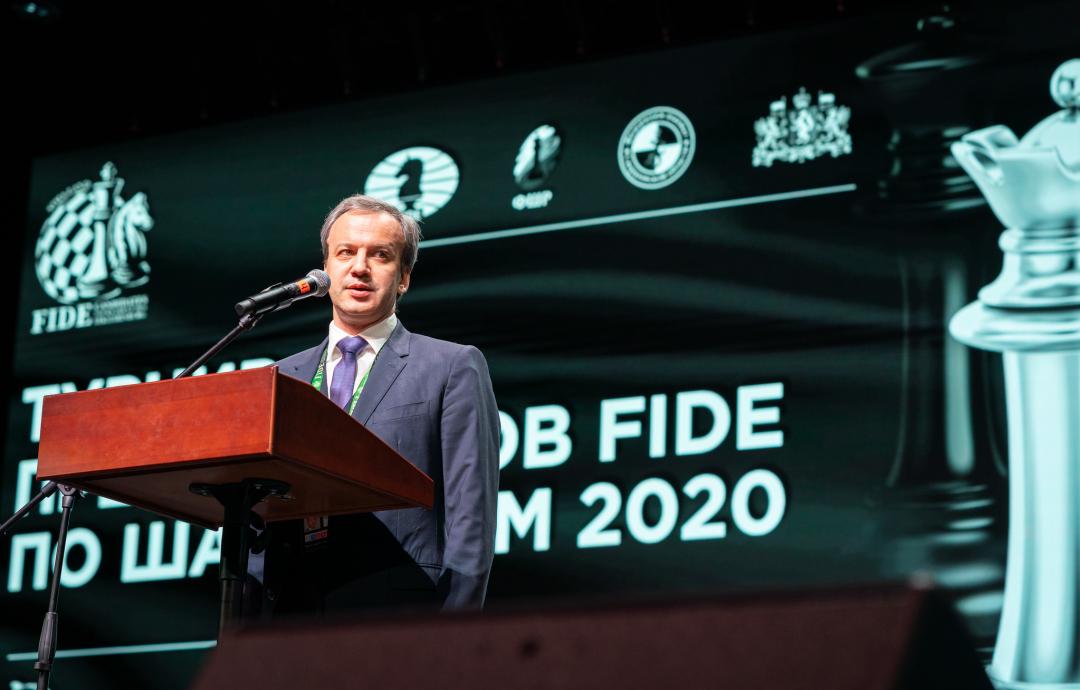 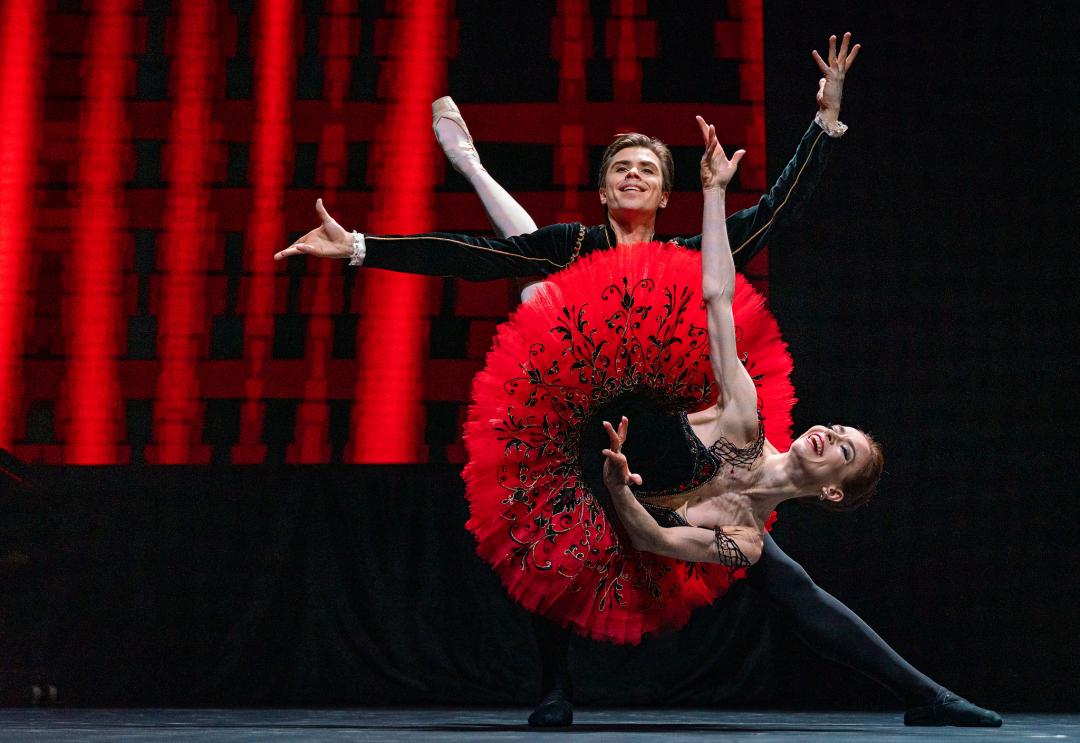 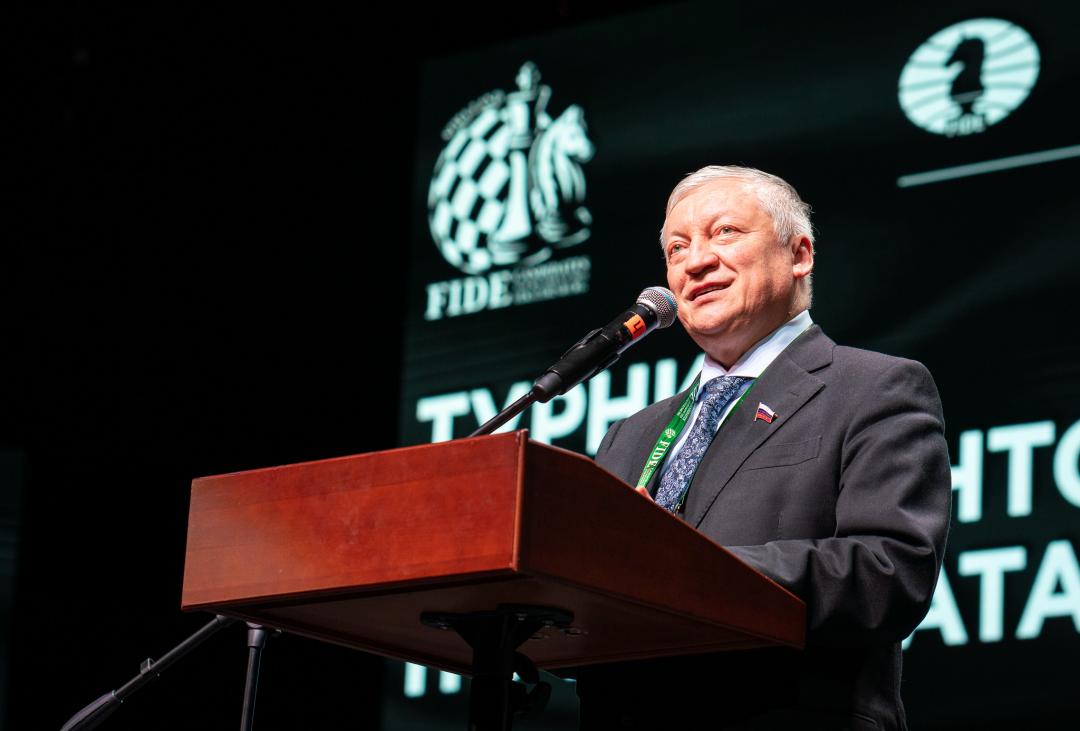 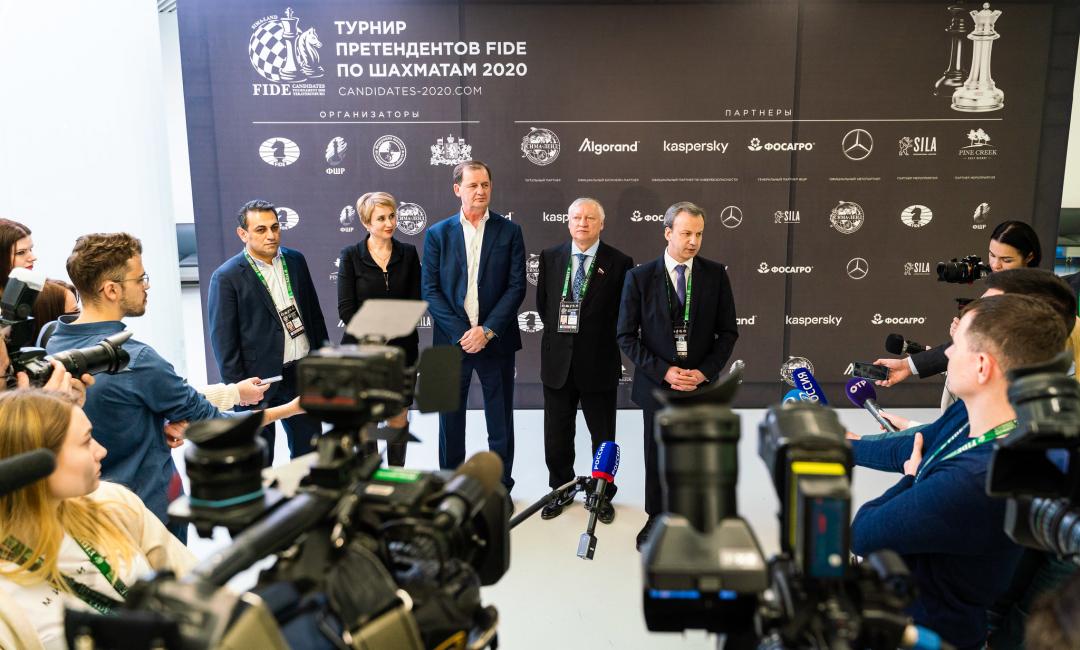 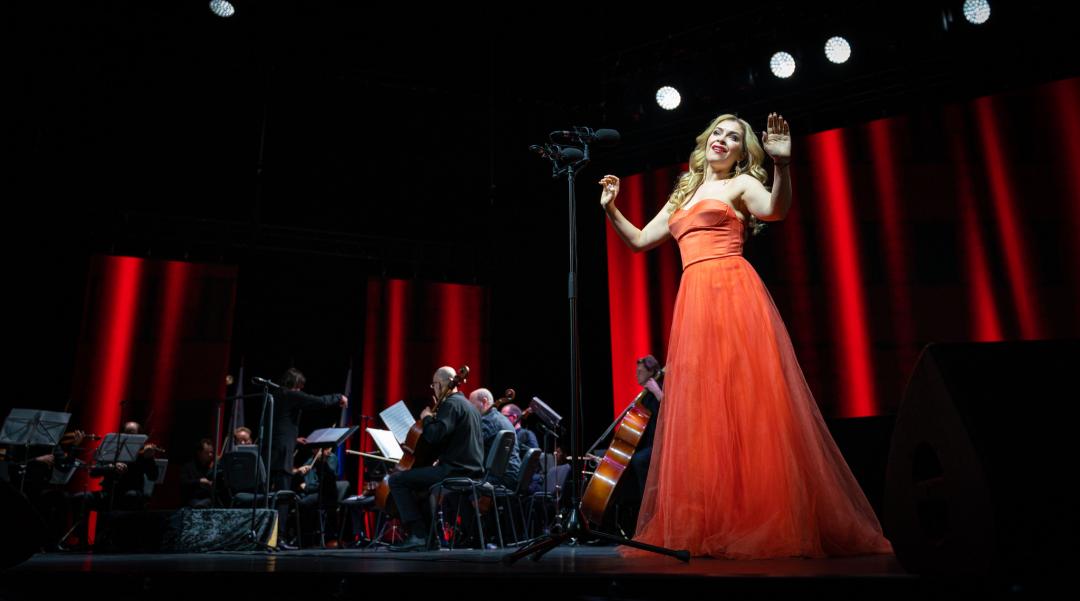 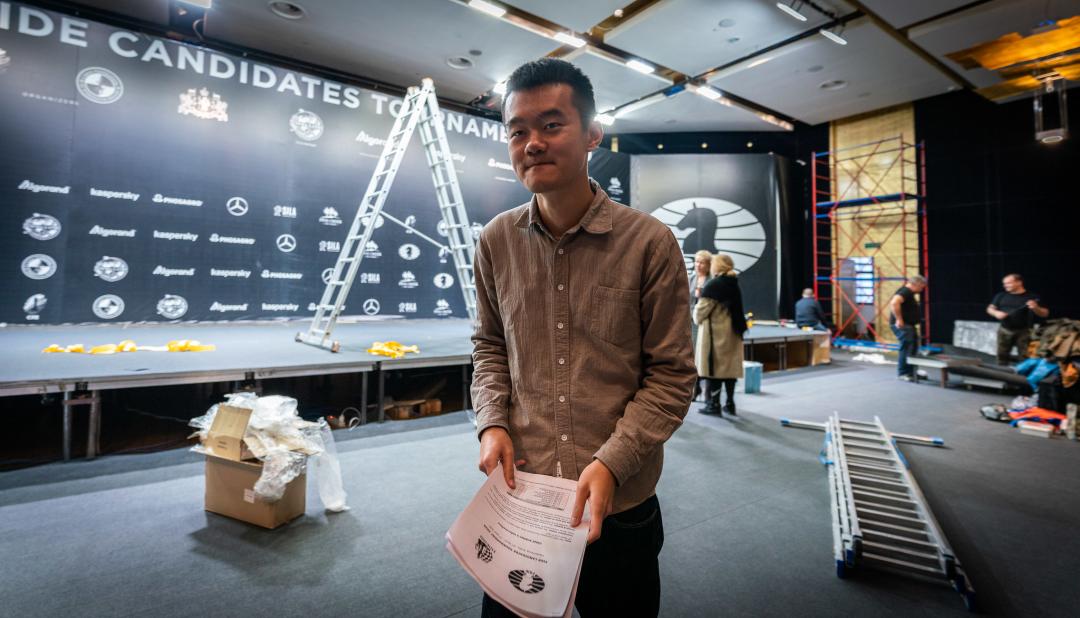 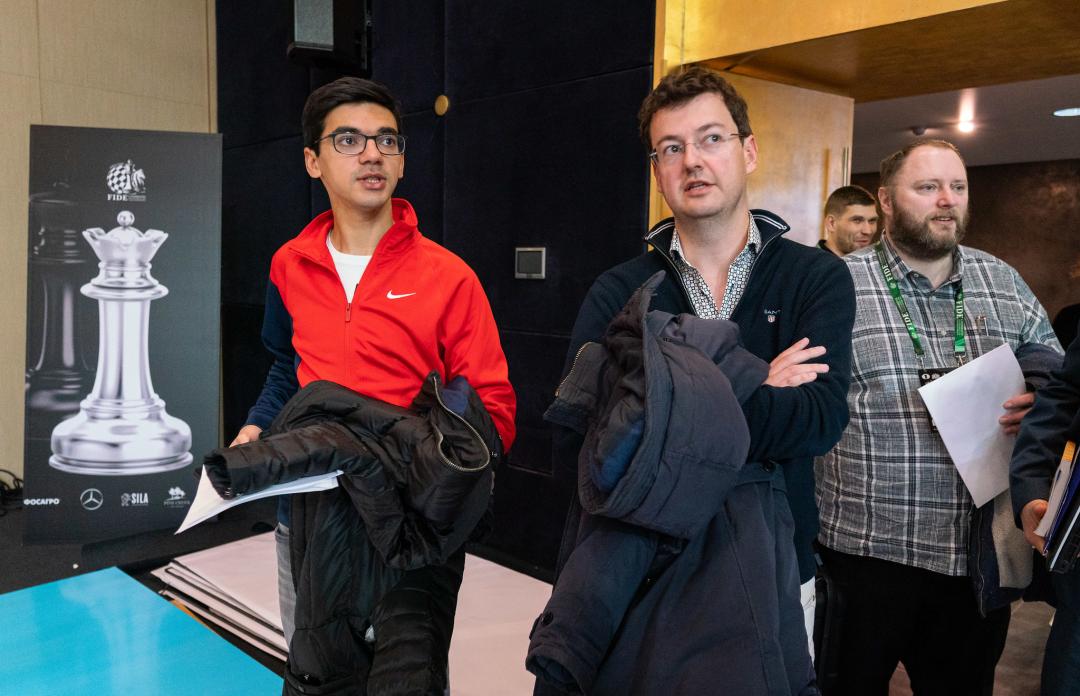 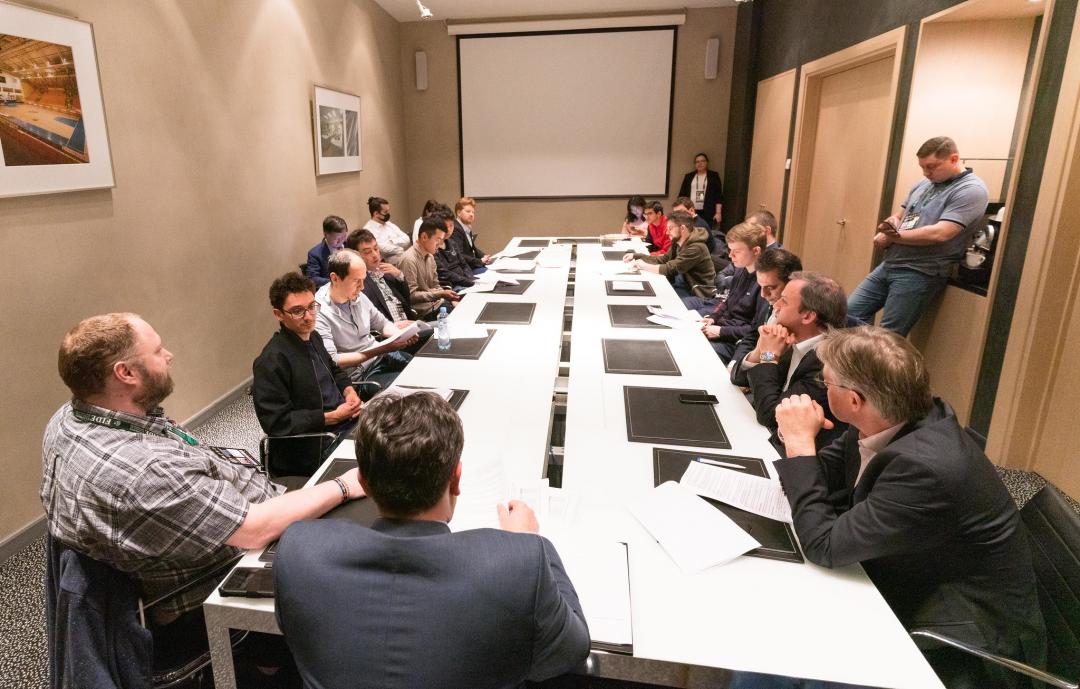 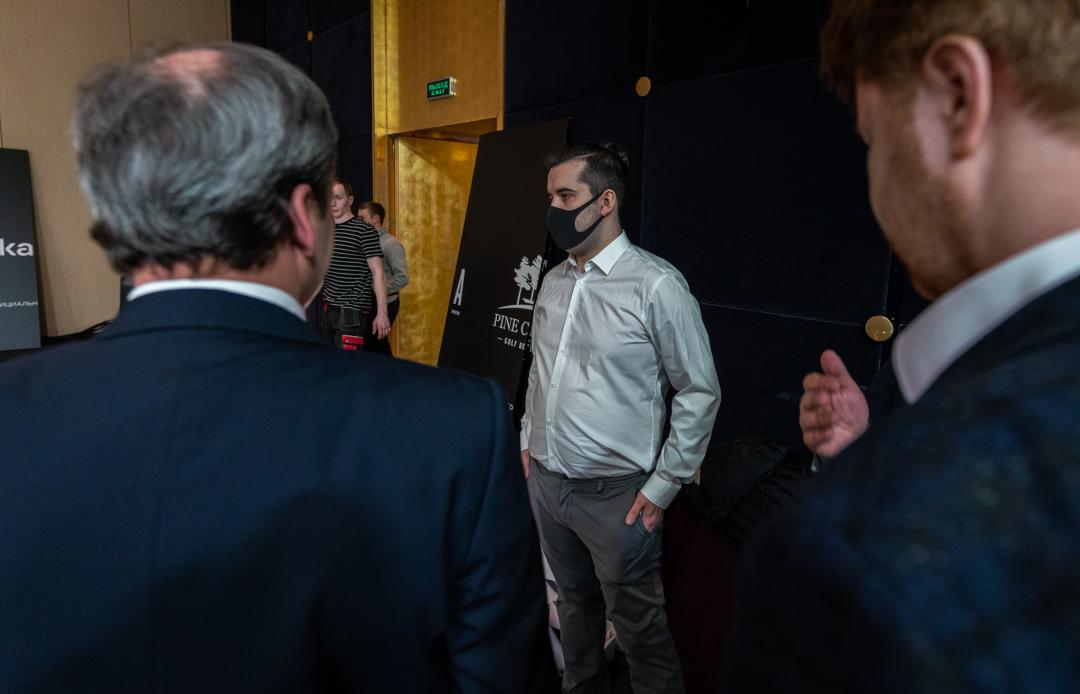 Is there going to be live coverage of the games?

Yes. Almost all the major chess sites will be broadcasting the games, most with live video coverage. Here are the biggest: FIDE offers live on-site coverage from Russia with GM Danny King, among others. Chess.com will have daily coverage featuring IM Danny Rensch and GM Robert Hess. GMs Viswanathan Anand, Hikaru Nakamura, and Wesley So are among the guest analysts who will appear on their stream. Chess24.com features IM Lawrence Trent and GM Jan Gustafsson with guests GMs Vladimir Kramnik (rounds 1-8) and Nigel Short (rounds 9-14) joining in the English-language stream. Chess24 will also offer commentary in French, German, Norwegian, Portuguese, and Spanish. UPDATE - Kramnik has withdrawn from the chess24 coverage, citing his disagreement with the event going forward.

Chessbase.com presents the live moves at live.chessbase.com along with a German-language stream on their Playchess server. The Saint Louis Chess Club will broadcast their “Today in Chess” shows beginning at 8am CDT, or two hours after the start of the round. GMs Maurice Ashley, Alejandro Ramirez, and Yasser Seirawan will do the honors. Streamers like Kostya Kavutskiy are also expected to offer some commentary.

How is US Chess covering the Candidates?

US Chess will have daily reports on each round, featuring exclusive annotations from GM Jacob Aagaard. There may also be video reports on the rest days where Aagaard and CLO Digital Editor John Hartmann have a look at interesting positions and talk about the games.

What other websites are covering the event?

Lichess and Chessbomb will transmit the moves in real-time, and Chessable has created a free course with positions drawn from each round’s play.

How about Fantasy Chess? Who’s offering it?

This event is going to go by quickly. My question is how will The players get to home after the event if they chose to ?
Now that I have done the international-travel-during-coronavirus thing, I have great sympathy and respect for all the players. I appreciate your dedication to chess! Same for the organizers!
[…] tournament in Russia. Self isolate like a chess champ and hook your monitor up to one of the many venues streaming as Grandmaster commentator Maurice Ashley calls it, “Eight hungry chess players desperately […]
[…] over 1 million viewers today. Other broadcasts can be found on the official site and several other places. Today’s first round was vigorous, with all four games going beyond the turn-40 time control […]
[…] and diversion. Our traditional St. Patrick’s Day post mentioned the ongoing Candidates Tournament in chess, with links to follow the games live from 7am […]