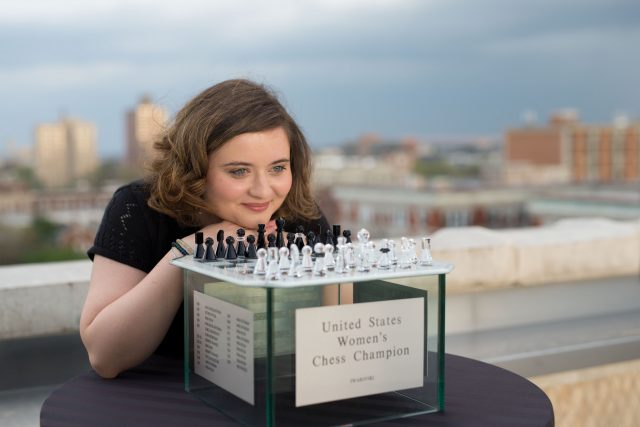 Sabina Foisor has been a top contender in the U.S. Women's chess sphere for many years. She has competed in the every U.S. Women's Championship in the last decade. In 2017, Foisor entered the championship as an underdog, ranked 6th out of 12 competitors, and shocked American chess by winning clear 1st by a full point margin.

"If you asked people before the tournament “Who do you think will win the U.S. Women’s Title”, there is no chance that Sabina would be mentioned as even one of the top four names. ...When you combine her underdog status with the personal tragedy she endured with her mother’s unexpected passing, her win against all odds was even more awe inspiring. The moment when she officially became the U.S. Women’s Championship and embraced with her fiancé, Elshan Moradiabadi, was the most emotional scene I’ve ever seen in my career in chess." -Greg Shahade, "Ten Things We Learned from the 2017 U.S. Championships"