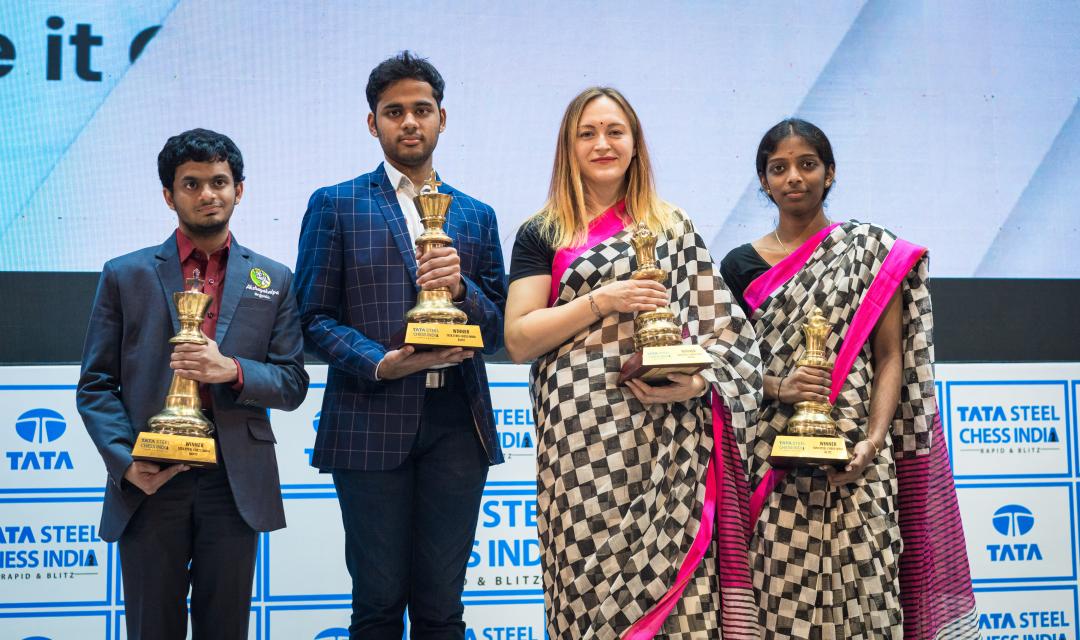 Tata Steel Chess India, now in its fourth year of rapid and blitz, shows no signs of slowing down any time soon. Indeed, the Kolkata tournament expanded to host a women’s section for the first time.

Taking place from November 29 to December 4, the 20 invitees participated first in a three-day 10-player Round Robin of G/15+10 rapids. Then, after a rest day, play resumed with a two-day, double Round Robin of blitz played at the FIDE standard time control of G/3+2. 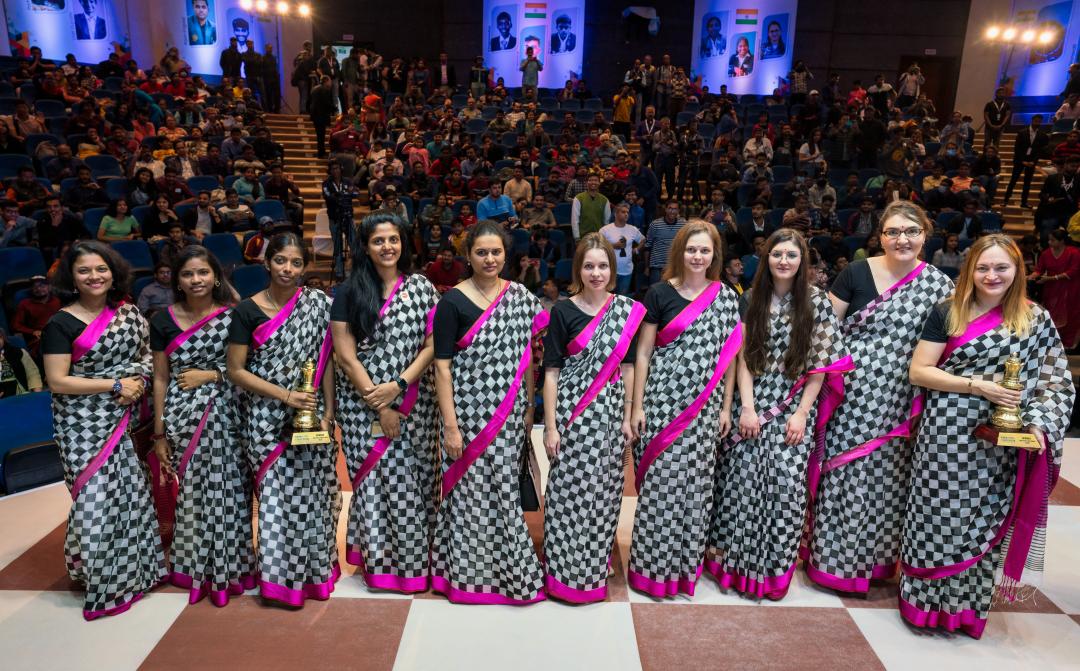 The playing field for the women's event followed the same pattern as the open. Half the players were strong foreign nationals, and the top Indian players were joined by several rising juniors to round out the field.

Moreover, with prize funds of $24,000 per rapid tournament and $17,500 per blitz, the organizers went to the next level by ensuring equal prize funds for the women’s events.

This strategy paid off in the form of an exceptionally strong field: five of the ten women boasted FIDE ratings over 2500, including Indian GMs Humpy Koneru, currently the third highest rated player in the world, and Harika Dronavalli. 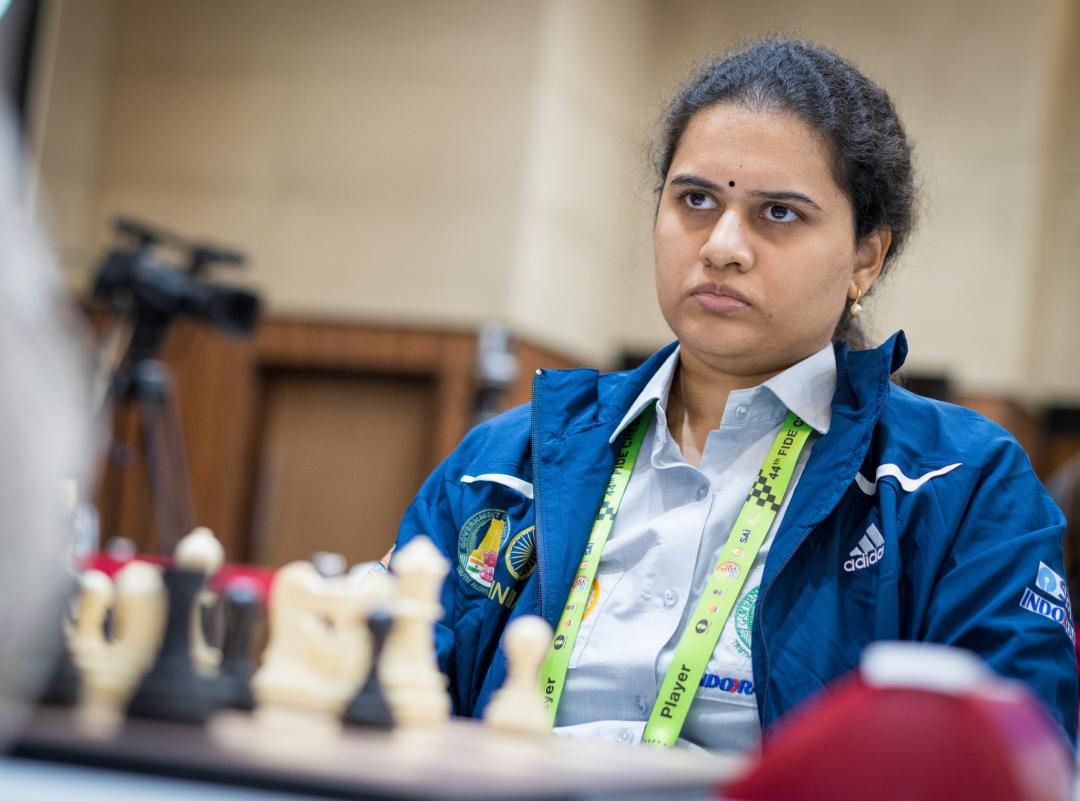 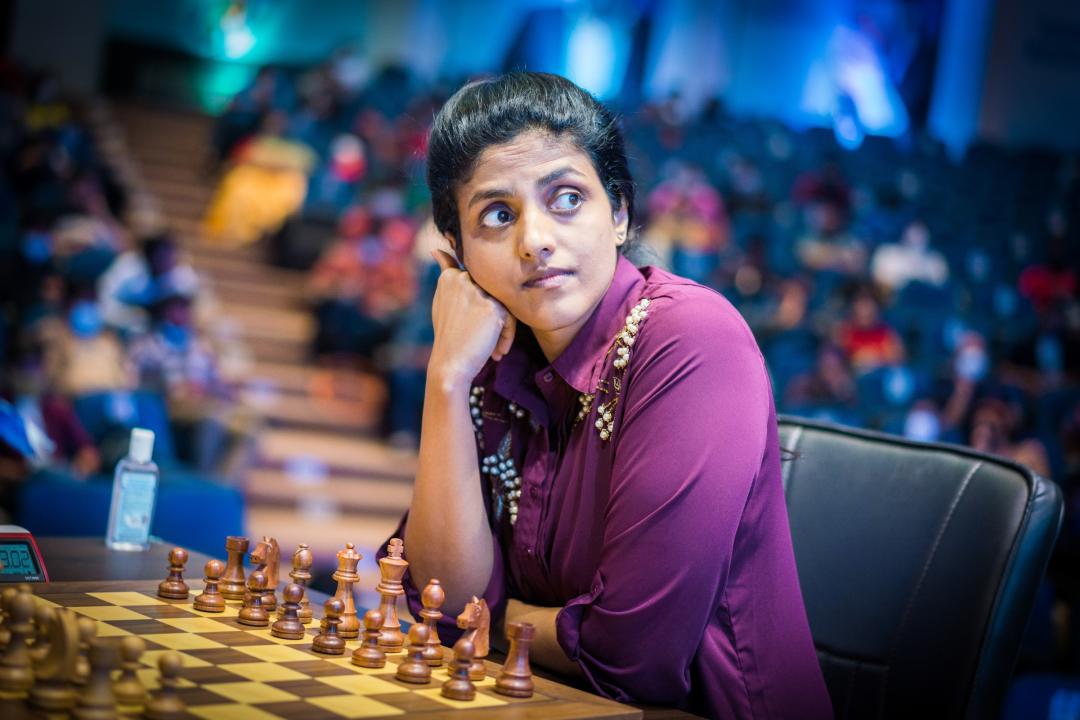 A trio of Ukrainian grandmasters — Anna Ushenina, Anna Muzychuk, and Mariya Muzychuk  — traveled to Kolkata along with Georgian GM Nana Dzagnidze and Polish IM Oliwia Kiolbasa to square off against the block of Indian talent.

While the other nine participants played both events, WGM Vantika Agrawal took the last seat for the rapid event, while IM Bhakti Kulkarni took over for the blitz. 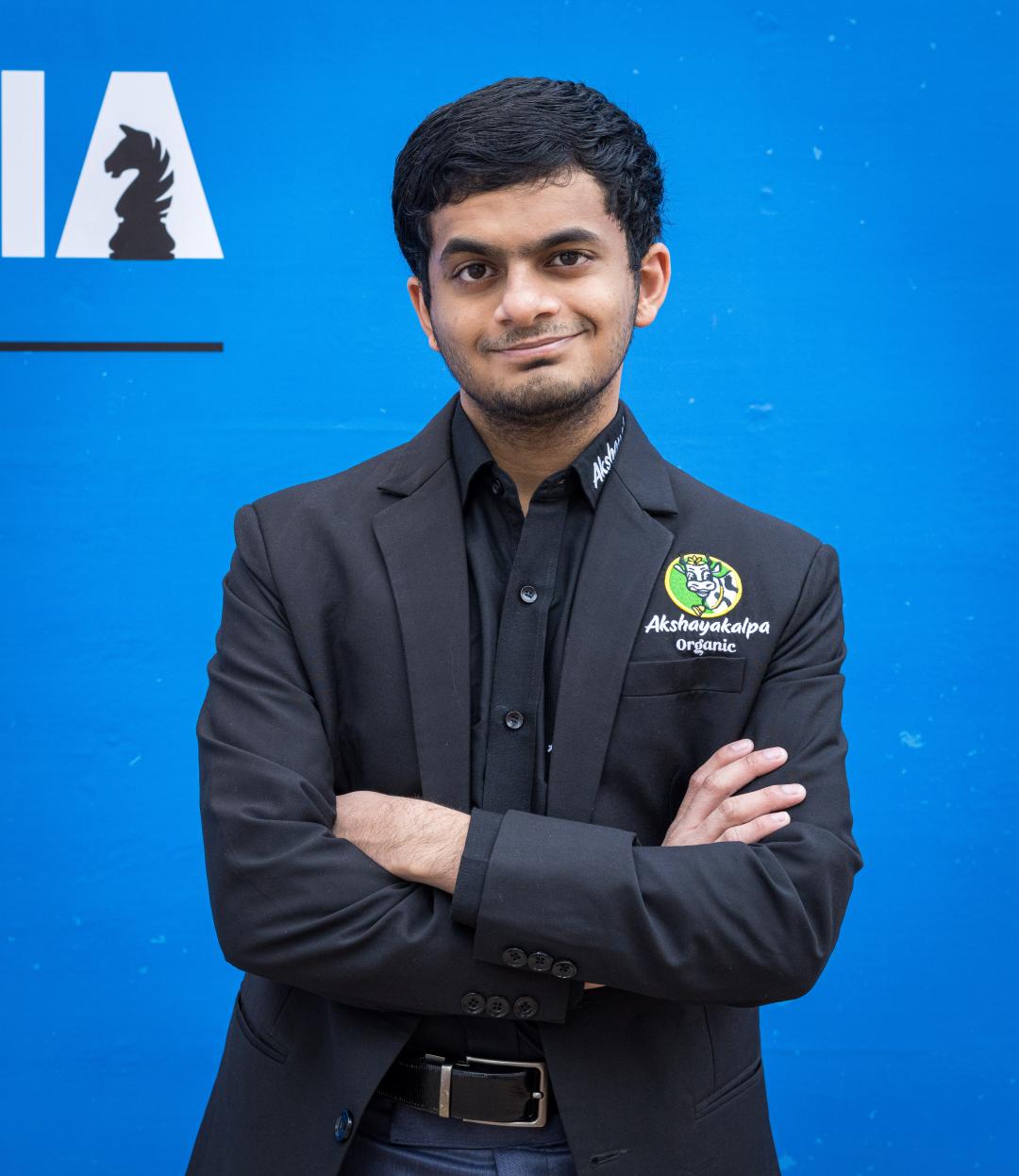 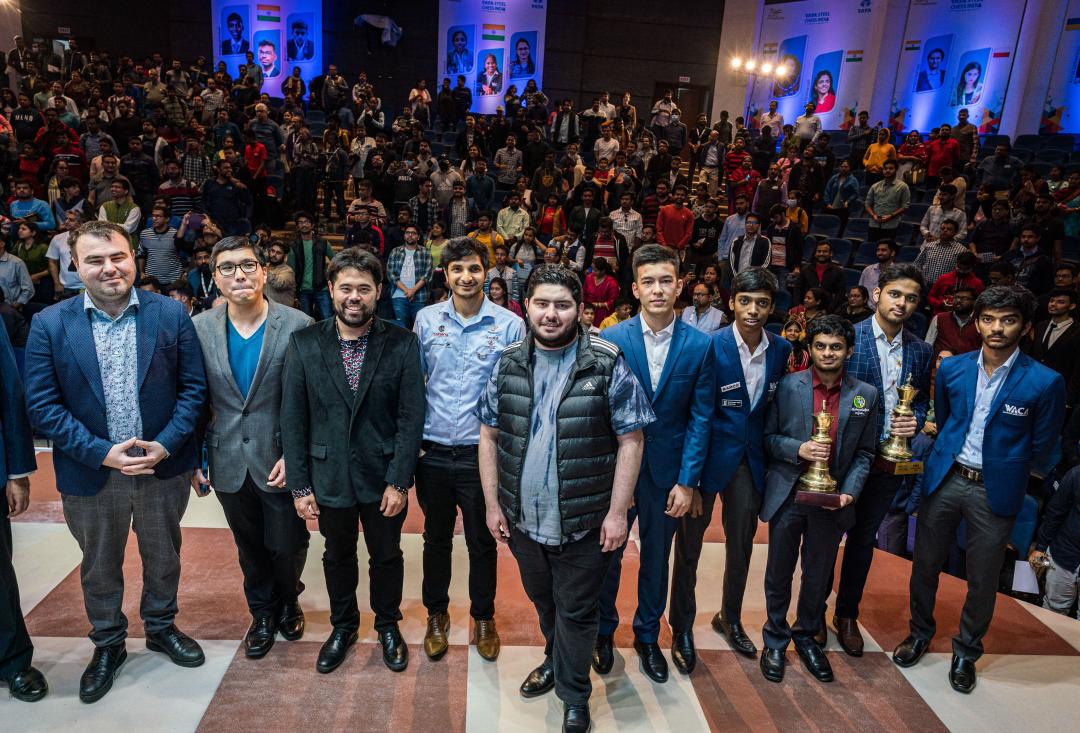 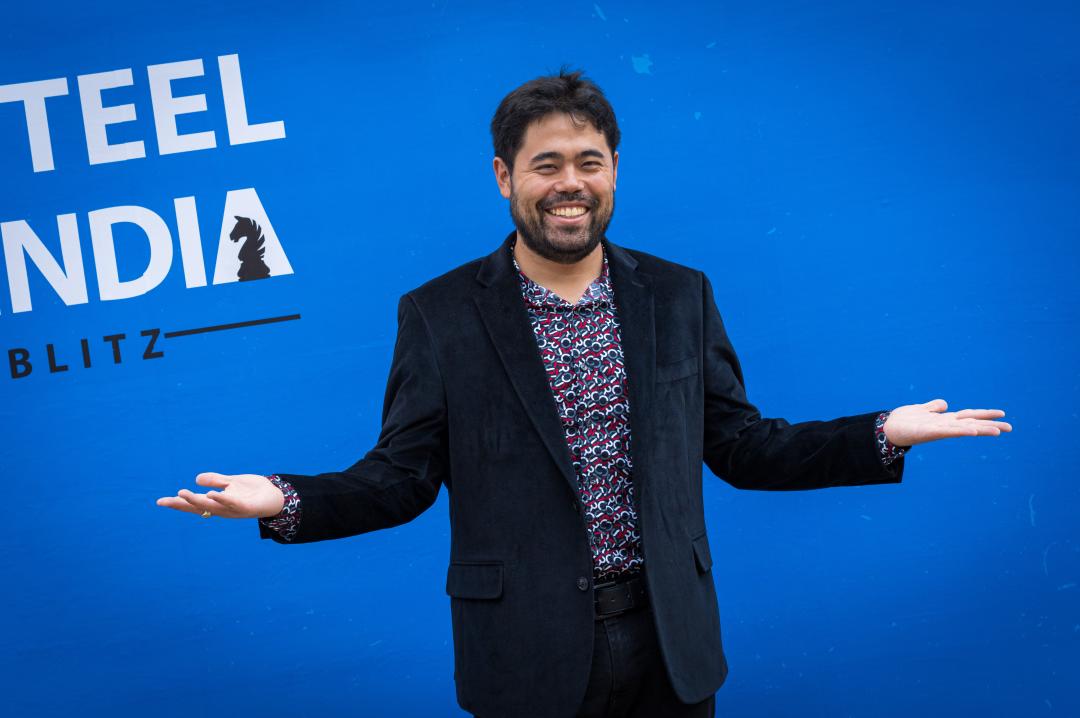 The organizers did not let preeminent Super GMs have all the fun, however, also inviting 22-year-old Iranian GM Parham Maghsoodloo, who was the 2018 World Junior Champion. They also invited an 18-year-old Uzbek GM who has already made quite a name for himself: reigning World Rapid Champion GM Nodirbek Abdusattorov. 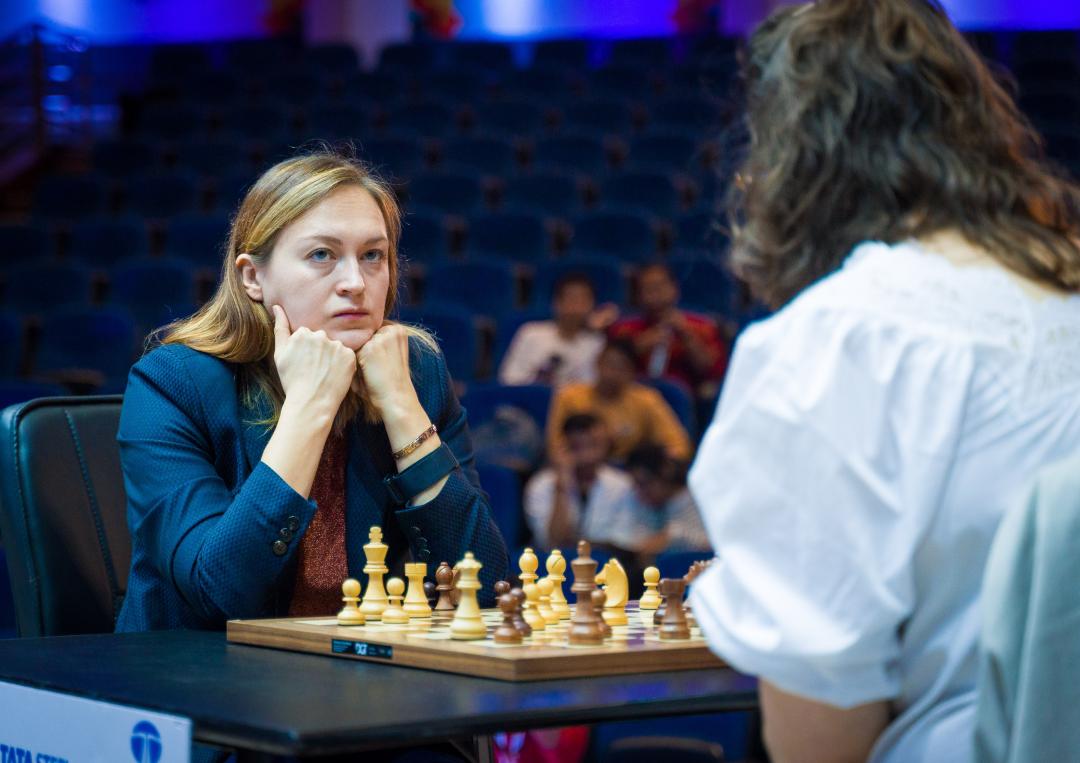 A tense three days of rapid saw Ushenina and Dzagnidze emerge tied for first with 6½/9. Harika finished in clear third on 5½/9. Ushenina then defeated Dzagnidze 2-0 in a blitz tiebreak to claim the first place trophy.

From the start, the young Indian players demonstrated that they could compete with the world elite. In the first round, Dzagnidze was lucky to be let off the hook by Shri, who misevaluated a material imbalance and ended up in a worse rook ending.

Agrawal also pushed GM Mariya Muzychuk to the limit in the first round. But under a minute in a difficult position, she missed her one chance with a crucial simplification tactic.

Dzagnidze was again tested by the local talent in round two, with Vaishali activating her pieces against the Georgian’s exposed king. But with both players under 20 seconds on the clock, Black missed a nice intermezzo that cost her a piece and the game. 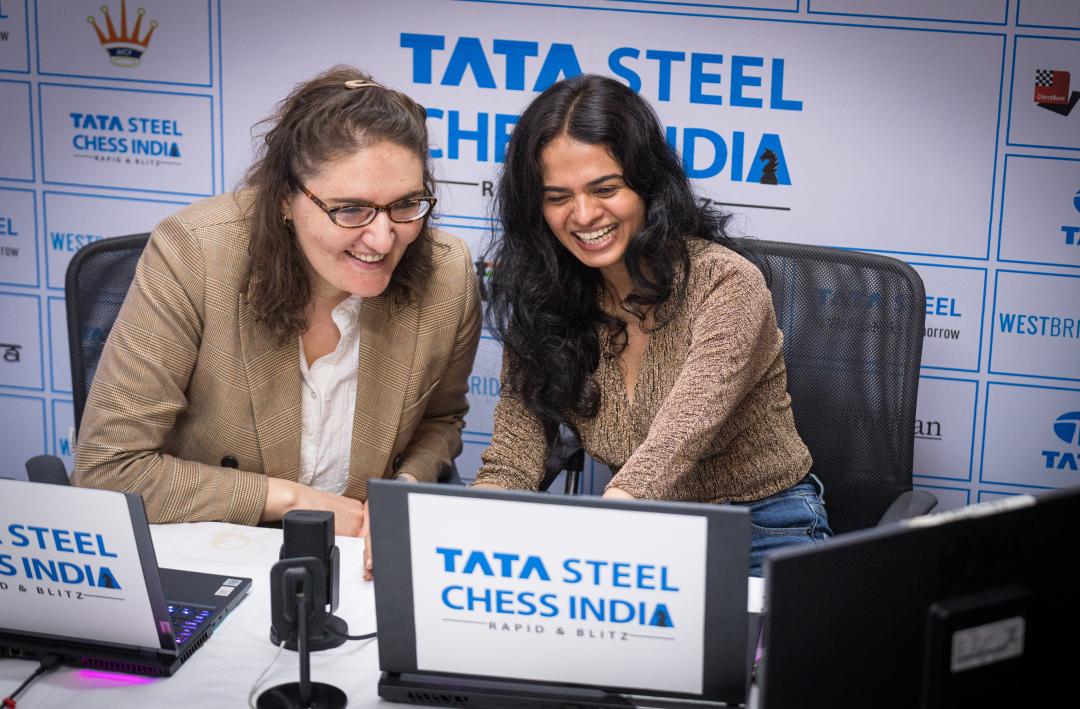 At the end of the second day, Humpy had a chance to overtake the leader Dzagnidze in round six. Surprisingly, she let her off the hook in a winning endgame by repeating moves.

On the final day, Dzagnidze beat Agrawal in round seven to extend her lead over Humpy, who drew both rounds seven and eight.

This gave Ushenina time to join catch up to Dzagnidze heading into the final round. She got there in resilient fashion, with consecutive bounce-back wins over Mariya Muzychuk and Shri.

As both leaders drew their round nine games, eyes turned to the battle for third place. Humpy lost to Kiolbasa playing a must-win game with black. This allowed Harika to overtake Humpy with her last-round win over Shri.

We warned you not to call him an underdog! Nihal, the lone sub-2700 participant playing both events, won the rapid with 6 ½/9, a half-point ahead of countryman Arjun. The final cross-table understates Nihal’s dominance, however, as Sarin actually lost to Arjun in the final round.

Nihal began his events with quick draws against pre-tournament favorites Nakamura and Abdusattorov in the first two rounds. He then won five of his next six, with only So holding him to a draw. What stood out most about this hot streak was the variety of ways in which he won.

Against Mamedyarov, he kept up with the tactical giant and found his one moment to strike.

Against Maghsoodloo, he calmly used his time even as it dwindled under five minutes to his opponent’s 12, finding a way to grind out a practical edge in an equal ending.

Against Gukesh, he won the game multiple times in mutual time pressure. 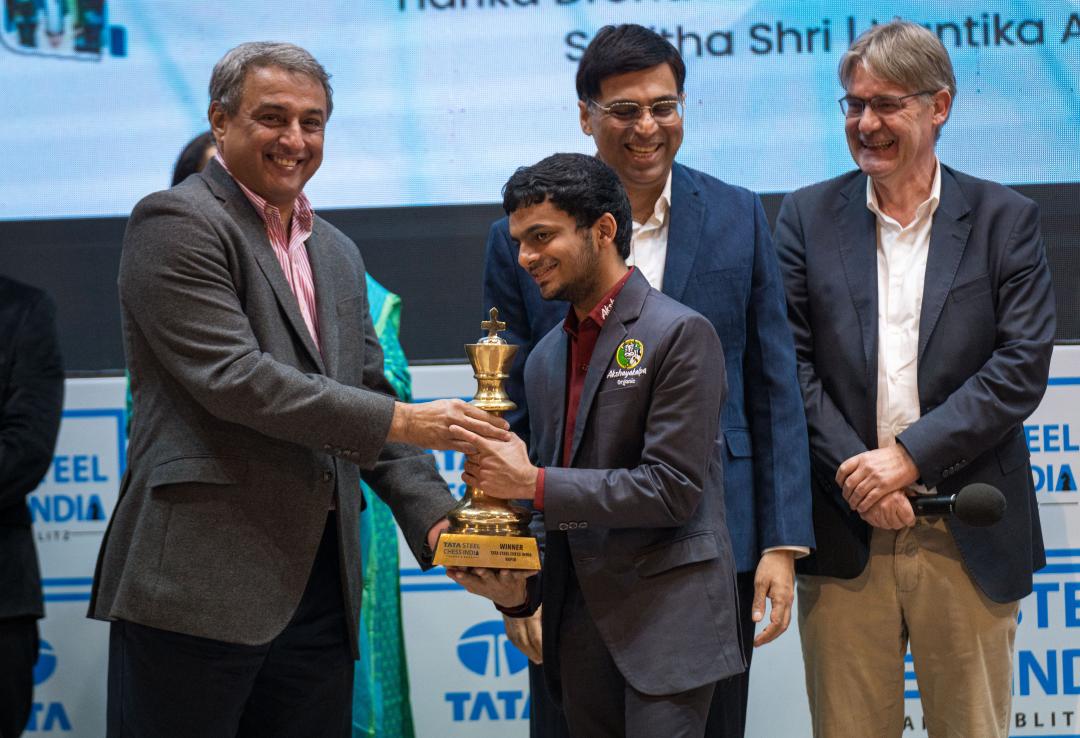 In the race for second, Nakamura’s bid was cut short after an eighth-round loss to Arjun.

Nakamura joined a five-way tie for third on an even score of 4½/9, with GM Wesley So trailing that group by a half-point. This was a disappointing result for So, who started off in promising form showing off a nice endgame victory over his American rival. 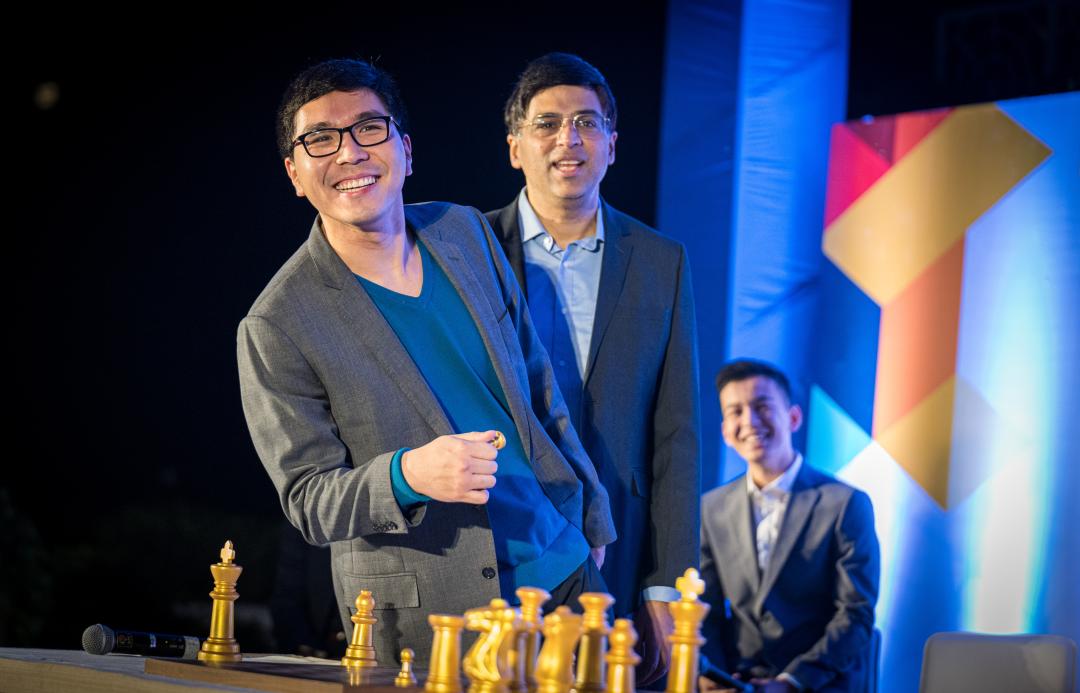 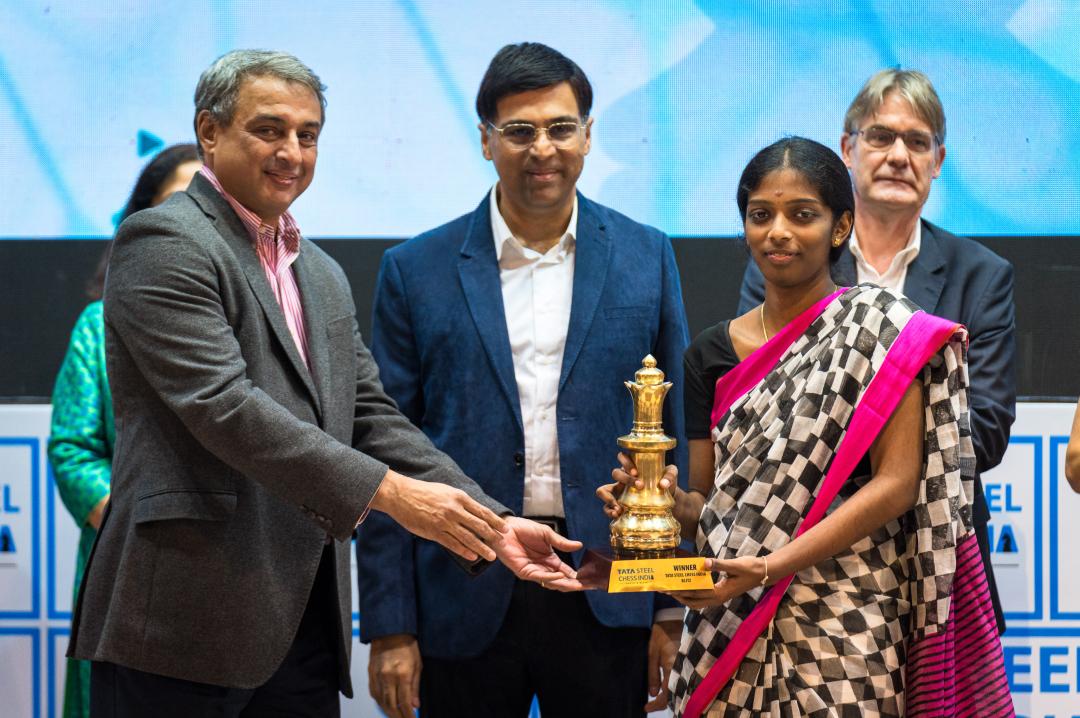 Mariya Muzychuk started the blitz on a roll. After wriggling out of a lost position against IM Bhakti Kulkarni in the first round, she went on to win a messy endgame on the increment.

This propelled her to an 8/9 finish after the first day of action. One highlight was a tense encounter with Humpy in the third round. The Indian grandmaster’s kingside attack was just a touch too slow, and Muzychuk was able to crash through the center before it was too late.

Vaishali was close behind with 7/9. Anna Muzychuk did the best to help her sister, defeating Vaishali in round four.

But after a lack-luster 4/9 on the second day, Mariya finished 1½ points behind Vaishali, who won the event with 13½ /18 after putting up 6½ /9 on the final day, including a blistering 3½/4 in the final rounds after holding the fading Muzychuk to a draw in their round 14 encounter.

In an astounding display of stamina, Vaishali showed impressive technique in converting a four-versus-three rook endgame against her countrywoman.

Then, in a true statement of a game, the 21-year-old defeated Humpy to put an explanation mark on her event.

Credit should also be given to Harika, who finished third in the blitz, making her the only woman to finish on the podium in both events. 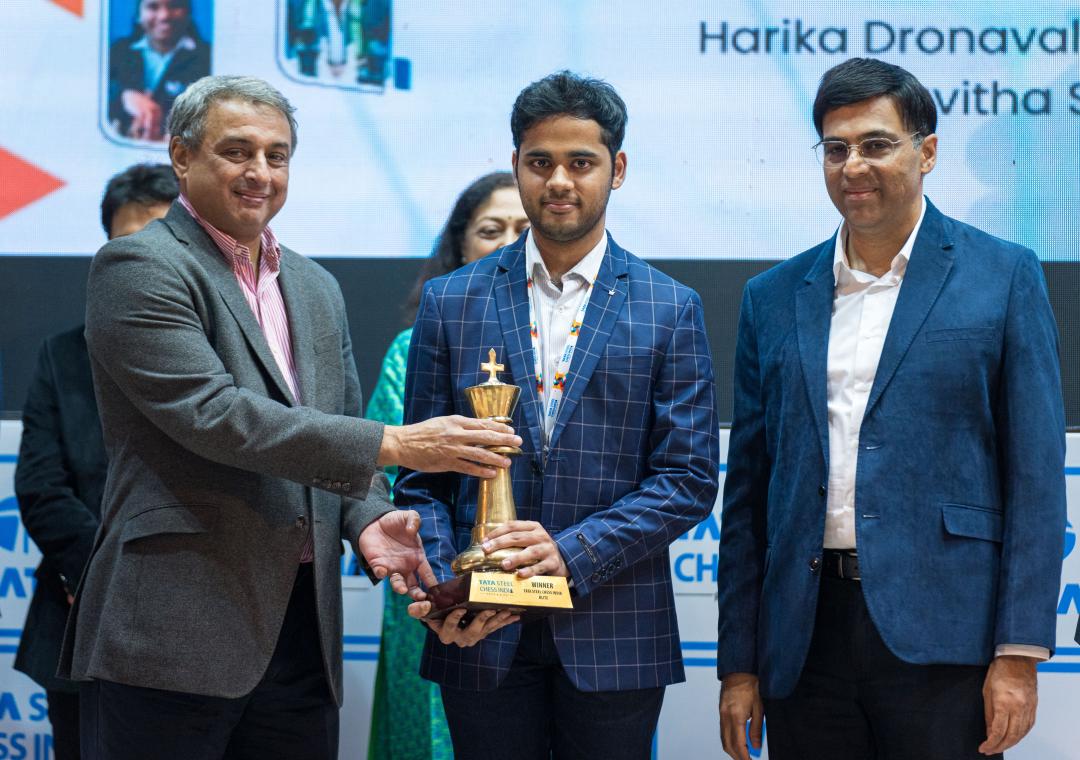 Fresh off his dominant performance, Nihal came out swinging with a first-round victory over blitz favorite Nakamura.

From there, Nihal faded, finishing 8/18 overall.

Arjun, however, was capable to keep the momentum going. He followed up a scorching 6½/9 on the first day with a 6/9 on day two that was good enough to clinch sole first by a full point.

Nakamura, finishing second on 11½/18, had a chance to overtake the leader in their round 17 encounter, but Arjun was too good with the white pieces and pulled out a tournament-clinching victory.