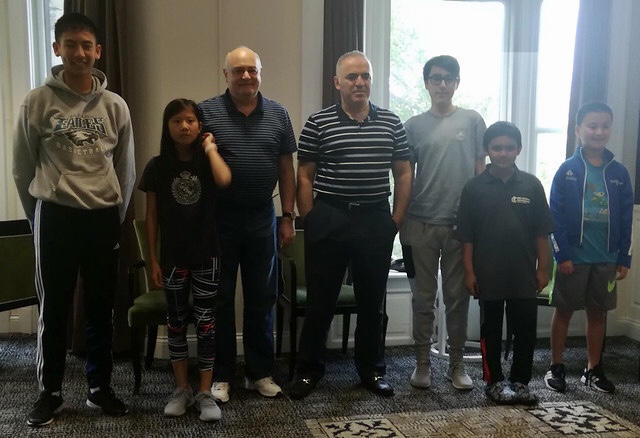 The Kasparov Chess Foundation (KCF) and Saint Louis Chess Club have been running the very successful Young Stars program for the past six years. Team USA’s program has helped develop several American chess prodigies from across the country. including the likes of GM Kayden Troff, GM Jeffery Xiong and GM Sam Sevian. Team USA has been capped off with individualized training sessions with Kasparov’s coaching staff and special training sessions with Garry Kasparov himself. This Summer’s session at the Saint Louis Chess Club was a more intimate camp for the students, as Young Stars is now global with sessions in America and Europe. The participants were: WIM Rochelle Wu – Youngest participant in the 2019 World Team Chess Championship, representing USA IM Brandon Jacobson – Obtained IM last year and has crossed his rating requirement for GM, needing only two more norms IM Andrew Hong – Silver Medalist at World Cadet Championships 2016 IM Christopher Yoo – Youngest player to defeat a 2700 grandmaster in tournament play at 12 years old Abhimanyu “Abhi” Mishra – Record-holder for the youngest Master in US Chess history 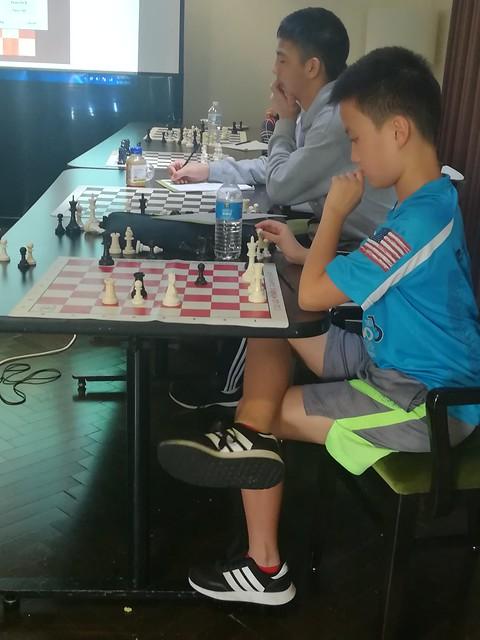 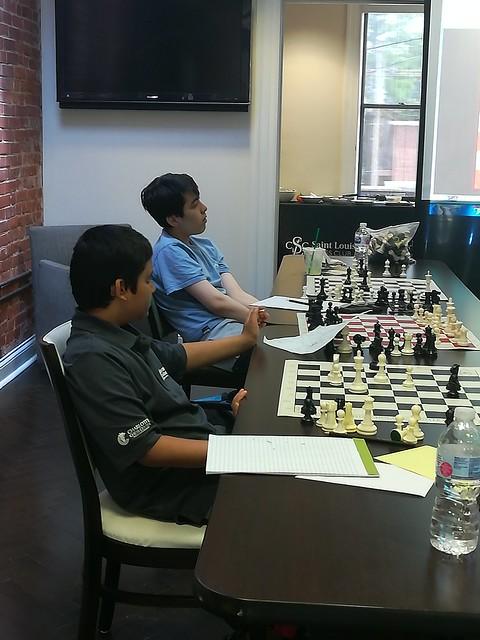 Abhi Mishra and Brandon Jacobson
Try your own hand at one of the problems solved by the students: Black’s position is in a precarious situation, but he has counterplay against White’s own king and with his powerful passed pawn. Can you find the way to convert the advantage? More importantly, can you also find Black’s counterplay and the refutation to that?

1. Nf2+ exf2 2. Rh6+ Bh2 3. Qd1! Rc1!! 4. Qxc1 Qxh6 5. Qa1!! Qh8 6. Qb1 Qh4 7. Nd3 Bg1 8. Nf4 Qe7 9. Ne2 Qh4 10. Qe4+ Qxe4 11. Ng3+ Kh2 12. Nxe4 +- Only the main line is given, you are free to explore the refutation to other black tries!
The camp went on from June 14 to June 16th and was held in the boardroom of the Saint Louis Chess Club, the same room that hosts such tournaments as the Sinquefield Cup, Cairns Cup and US Chess Championships. The players spent time on every aspect of the game, and Garry Kasparov evaluated their progress from their last meeting in New York six months ago. Players also had a very strong training session, including special hand-picked studies by Kasparov and KCF President and FIDE Senior Trainer Michael Khodarkovsky. The camp served as an excellent preparatory session for a couple of the students, as Brandon Jacobson will be participating in the strong Summer Classic C-group and the upcoming U.S. Junior  Championship (under 20), with an average rating well over 2500, and Rochelle Wu will be participating in the 2019 U.S. Junior Girls Championship (under 20) in just a couple of weeks. The other players will also have a full schedule, trying to finish up their quest for their titles and higher ratings. 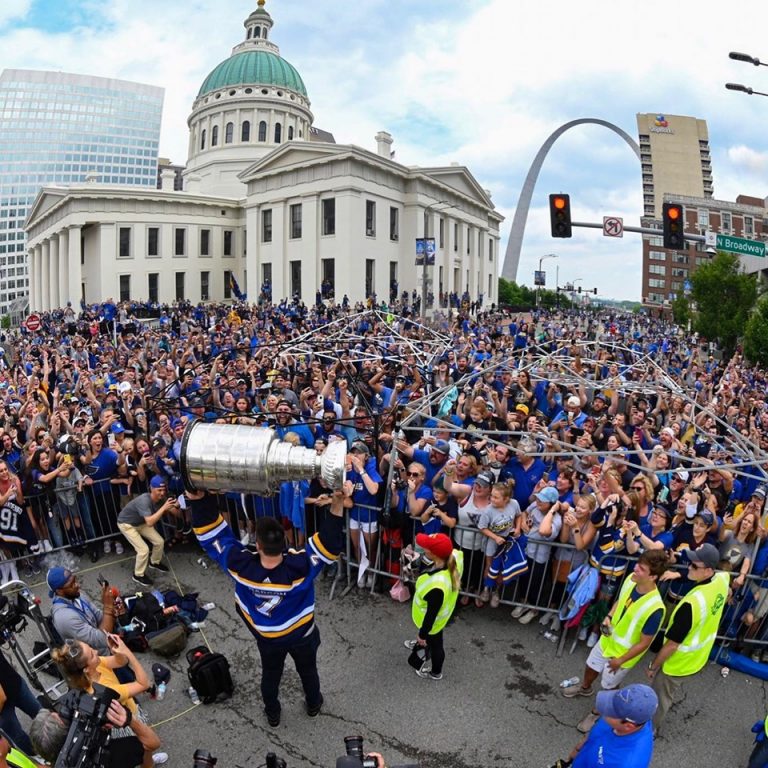 Hard work almost immediately paid off! The players were also part of the Saturday Night Special rapid tournament at the Saint Louis Chess Club – a venue that always attracts grandmasters because of the strong prize funds and the number of GMs in the area! Brandon was able to split of first place with GM Dariusz Swiercz, USA’s #1 board in the 2019 World Team Championship, and that was because Abhi nicked Dariusz for a draw in round two! Coincidentally, Saint Louis was having a big celebration the weekend of the camp! For the first time in the city’s history, the Saint Louis Blues hockey team was able to raise the Stanley Cup as their own! The parade was scheduled for Saturday, and the whole city dressed in blue. The next Young Stars program session spanned June 29-July 1  in Zagreb in conjunction with the Croatia Grand Chess Tour with participants from Europe and Asia. Look for all the info from that session soon! Photos of the chess camp by Adithya Chandra, courtesy of the Saint Louis Chess Club Photos of the parade and the Saint Louis Blues taken from the Official Facebook page found here.
SHARE: