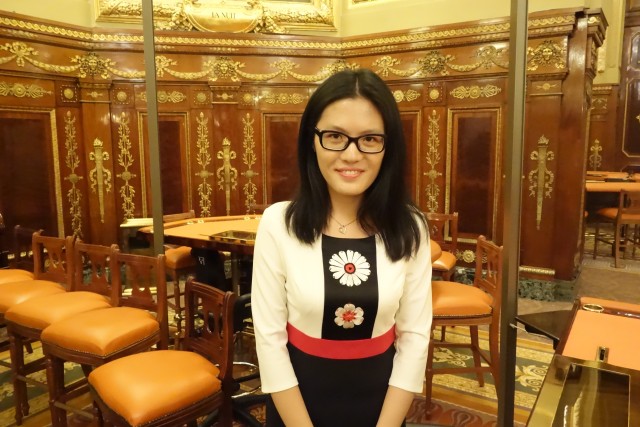 In round 10 of the FIDE Women's Grand Prix in Monaco, the favorite and tournament leader, Yifan Hou, faced off against one of her top competitors, Mariya Muzychuk. This game served as a prequel to the 2016 Women’s World Championship, where the two will square off in a match for the title: Muzychuk as the defending champion and Hou as the challenger. Additionally, the game would ultimately decide who would win the tournament, stage one of the Women’s Grand Prix. The result was an overwhelming, 29 move victory as black by Hou, who is currently ranked number 72 in the world overall. After this, Hou was 1.5 points ahead of the field, completely uncatchable by her competitors. She finished with 9 points out of 11, clinching victory by a full 2 point margin. Additionally, her performance rating throughout the tournament was an impressive 2766. Humpy Koneru and Mariya Muzychuk led the rest of the pack with 7 points, tying for second place. One of the most exciting games of the tournament was Muzychuk’s 20 move victory against Nana Dzagnidze.

Nana Dzagnidze vs. Mariya Muzychuk, Round 2

In the very sharp Grunfeld Defense, Muzychuk emerged with a lead in development and opened up the center, chasing after White’s king. Dzagnidze responded by castling by hand. Has the white king finally found shelter?