Vanessa's Fortune-Telling Hotline: Who Will Be the 2018 U.S. Women's Champion?

In my tournament previews, I often write very balanced and nuanced assessments of each of the players. This will not be one of those. For this preview, I’m going to write "Greg Shahade style" and candidly give my intuitive thoughts.  My top pick to win the 2018 U.S. Women’s Championship is: 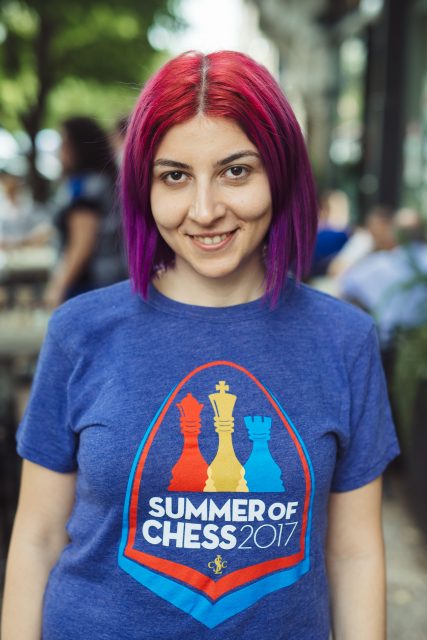 We’ve all seen Abrahamyan come within inches of the title on many occasions, and I think this time this determined player will do what it takes to bring it home. I know there’s a wealth of excellent players vehemently intending to prove me wrong, but I think 2018 will be Abrahamyan’s year. If there’s one takeaway from the last two U.S. Women’s Championships, it’s that determination and will to win trump rating points. Abrahamyan has a highly dynamic and tactical style, and she can just rip players apart in dangerous attacking positions. Watch Tatev's victory over a super-GM in the PRO Chess League earlier this year:   Here are the players who intend to prove me wrong, in the order that I predict their chances: 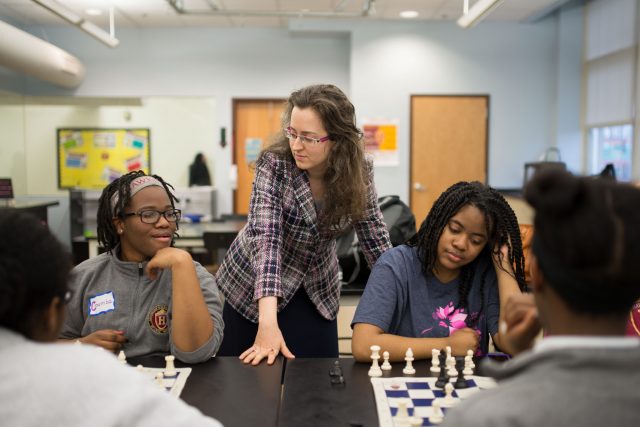 Even though it's been a few years since Krush has won the championship, we can't forget about the only grandmaster in the field and the player with the highest amount of championships under her belt. Long gone are the days where we can assume that the top seed will clean house, but I think the newfound awareness that you can't underestimate anyone will work to Krush's benefit. In addition, Krush seems to be making an extraordinary effort to stay sharp for the event. She's competed in 17 regular tournaments and 6 blitz events since the 2017 championship---becoming more than 3 times as active as she was the previous year. Watch out, Krush wants her throne back. 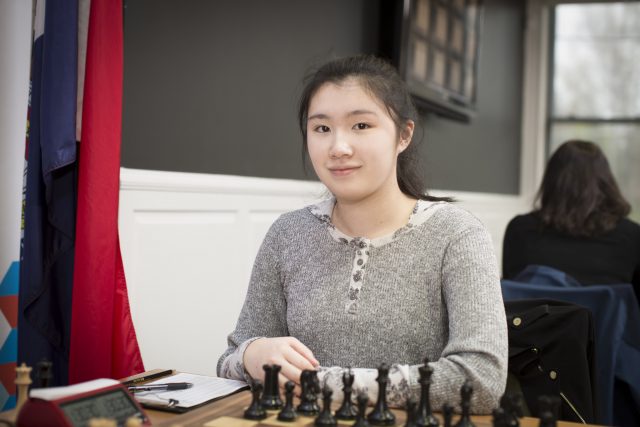 I'm really throwing rating and years of experience out the window with this prediction, but I think it's about time one of the younger players makes a real run at first, and Yu actually has reasonable chances. Why? Here's how Yu fared against the top 4 finishers last year: That's right, she scored 3.5 out of 4 against the top four finishers, who also happen to be all of the champions in the past 12 years. Incredible. So, why didn't Yu finish higher herself? She didn't fare nearly as well against players close to and below her rating. Still, with a few adjustments and more consistency, I think Yu could seriously vie for the title. 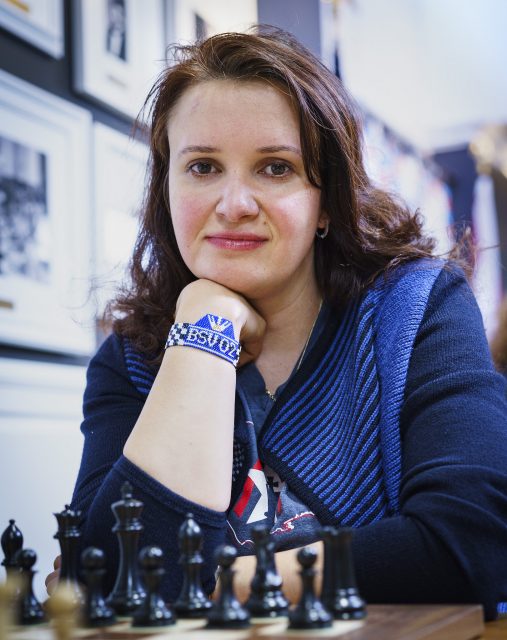 Zatonskih has something that no other player in the field has: a recent victory over a super-grandmaster and former World Championship Challenger, Boris Gelfand. How do ya like them apples? 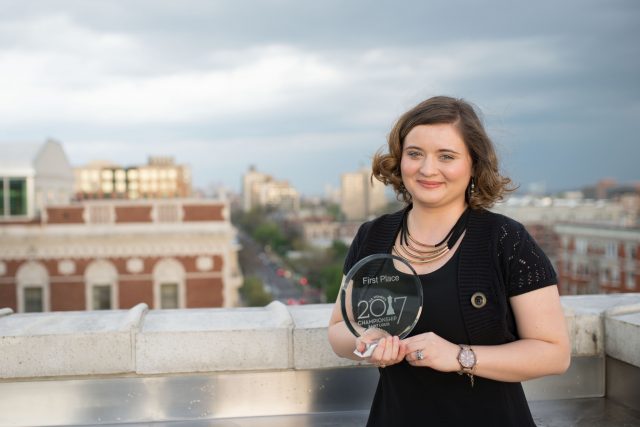 Sabina Foisor's performance at the U.S. Women's Championship last year, beginning ranked in the middle of the pack as the 6th seed and winning the event by a full point margin, shows how we can't count any of the excellent players in the field out in the race for the title. Foisor demonstrated strong nerves (which are absolutely crucial in a tournament like this) in the final round last year. Entering the game tied with the returning champion at the time, Nazi Paikidze, Foisor maximized her chances by winning with the black pieces in an exciting Nimzo Indian Defense. And, it's not everyday that we see the championship victory sealed with a queen sacrifice: 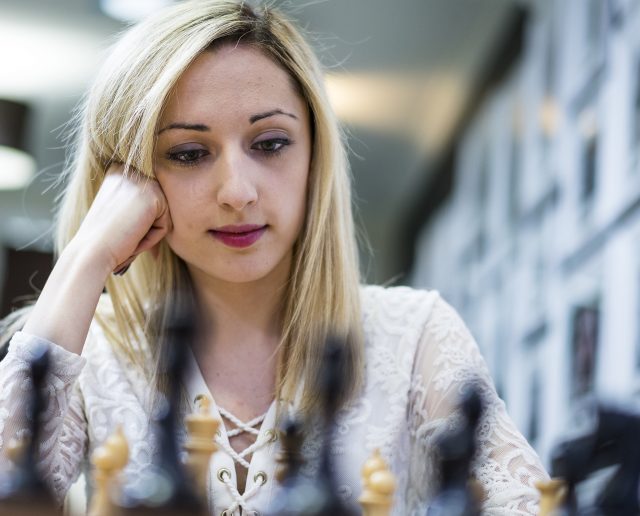 Paikidze is certainly a contender for the title: She not only won in 2016 but finished in clear 2nd last year. Her main skill in the championship seems to be foiling Krush, who she's defeated two years in a row with the black pieces. Paikidze is a very motivated and hard-working player with an emphasis on how much physical fitness can affect mental performance. However, she has been relatively inactive in tournament play recently (she hasn't competed since the National Open in June), which could affect her form. 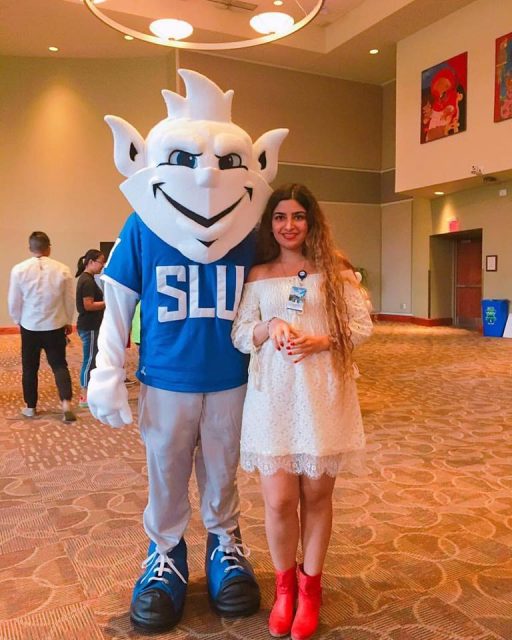 Dorsa Derakhshani is an exciting addition to the championship. Derakhshani  recently moved to the U.S. to attend Saint Louis University and play chess in a more accepting environment:

"In this sense, America at its best reflects the best values of chess. Chess doesn’t care how old you are or what you wear. It doesn’t care about what gender you are, or how much money you have. It is blind to all of that. It cares only about merit." -Dorsa Derakhshani, "Why I Left Iran to Play Chess in America"

While Derakhshani is the newest in the field (everyone else has competed at least once), her presence adds a fourth International Master and she'll likely prove to be very formidable competition. 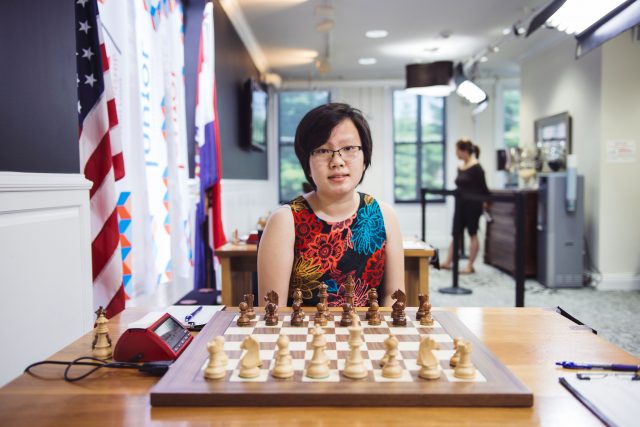 Beware of all of the often underestimated youngsters in the championship. Don't let their friendly faces food you---They are all chomping at the bit to steal rating points and glory from their more experienced counterparts. Maggie Feng managed to do just that as she debuted in last year's championship, scoring +1 and gaining over 100 FIDE rating points in the process. Maggie's play even inspired her own fan club, custom t-shirts and all. 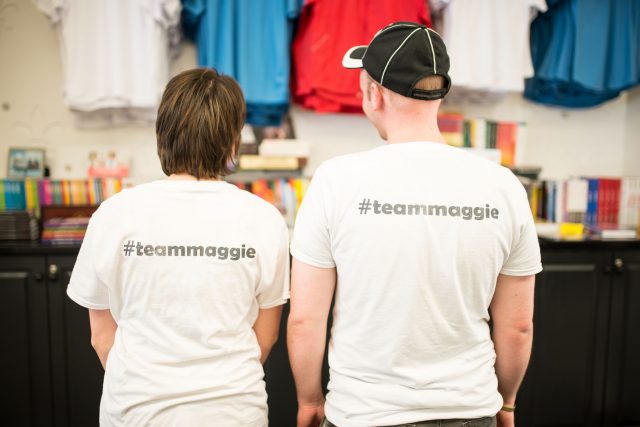 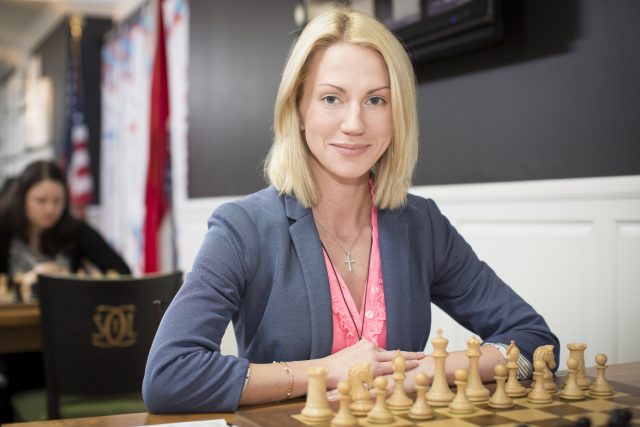 While Sharevich hasn't made a serious run at 1st yet, she has consistently turned in balanced, competitive performances. Both times she previously competed in the championship, Sharevich finished exactly 5th, achieving draws with 3 out of the 4 players who finished above her.

In fact, it's incredibly rare that Sharevich's rating fluctuates more than 10 points any direction from any tournament. Even when it does, you'd have to go back to 2012 to find a rating loss greater than 12 points. Consistency is definitely valuable in tense, strenuous events. 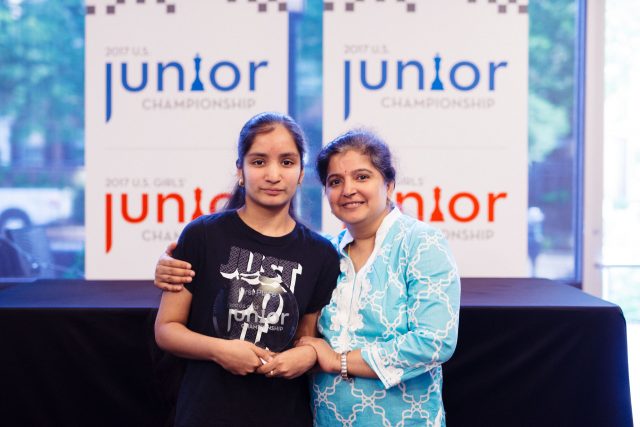 Akshita Gorti is the reigning U.S. Junior Girls Champion. In addition, when she was interviewed by Chess^Summit after the event, Gorti was acutely aware of the areas where she still wanted to improve and the games where she could've played better:

"How, after getting into winning positions, how to convert them. Like, in my last game and the previous game that I both drew, I had a good position, and I was not able to convert them." -Akshita Gorta, "A Golden Performance"

This attitude, even after winning clear 1st at an event, shows a true dedication to becoming the strongest player you can. 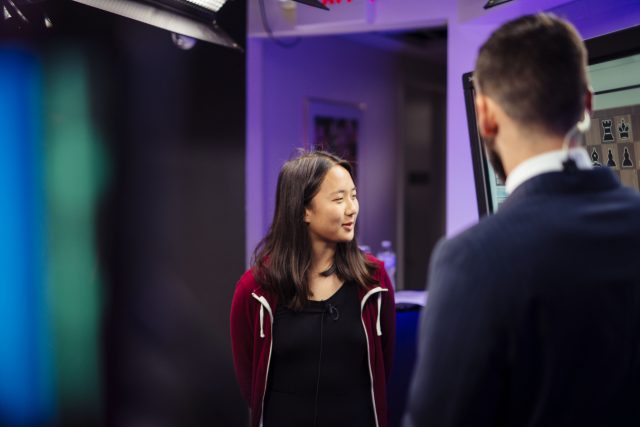 Annie Wang won a gold medal at last year's World Youth Championships with a stellar 10.5 score out of 11 games, showing great determination to win. She clinched the title with a ruthless king attack in the penultimate round (below) and then also went on to win the inconsequential last round just for fun.

Return of the Queen 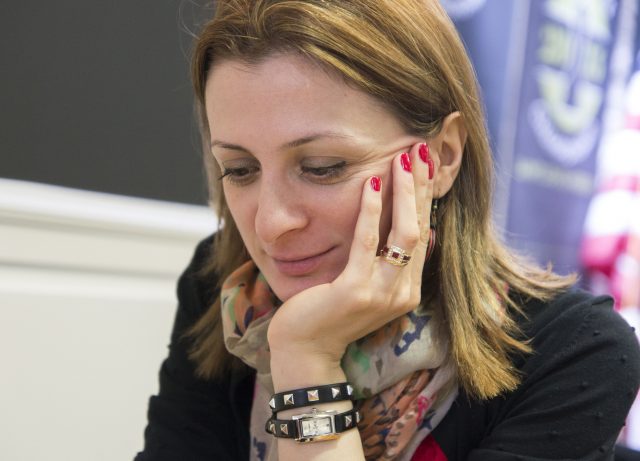 Goletiani is a bit of a wild card in this field. While she's competed for the U.S. Women's Championship many times and even won the title once, she is also the least active player in the field, competing in no tournaments since the 2015 U.S. Women's Championship until February of this year. Less active players can be very tricky to make predictions about. On the one hand, competing actively makes a player much more tactically sharp. On the other hand, with proper preparation, some players are able to return from a hiatus just as strong or even stronger than before as if the time off gave their knowledge a chance to resonate on a deeper level internally. In addition, Goletiani has had a lot of invaluable experience in this kind of competitive atmosphere in the past---She even won the individual silver medal at the 2008 Women's Olympiad.

Who are you rooting for?

Let us know which players I'm wildly wrong about by posting your own predictions @USChess Also, check out Greg Shahade's preview, "Greg on Chess: Predicting the US Championship"     This preview doesn’t reflect US Chess’s official opinion, as we predict all 12 players will win the crown.  The US Championships begin on Wednesday, April 18. Watch live commentary with GMs Maurice Ashley, Yasser Seirawan and WGM Jennifer Shahade starting at 2 PM EDT.  For more on the US Championship contenders and predictions, see Mike Klein’s cover story interview on our new monthly podcast, now on ITunes. For more information, visit uschesschamps.com.