US looks to Three-peat at World Senior Teams

The 2020 World Senior Team Championship kicks off tomorrow in Prague, Czech Republic, with three American teams in the 50+ field. (The Senior Team is an Open tournament, allowing anyone to enter as a team so long as all players are registered under the same flag.)

“USA 1” is the “official” US entry. The team of Shabalov, Kaidanov, Benjamin, Novikov, and Yermolinsky (a late replacement for Larry Christiansen) is looking to three-peat, having won the first two World Senior Team Championships. Ranked first heading into play, they’re the odds-on favorites, but everyone will be gunning for them. 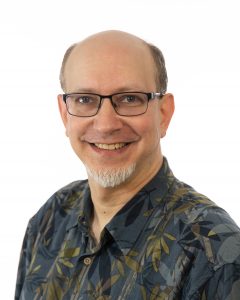 GM Joel Benjamin. Photo by Austin Fuller, courtesy of the Saint Louis Chess Campus
Joel Benjamin has agreed to send occasional updates from the tournament, and his first missive came in this morning.

With Capitan Shaba arriving at 3:00, the US team has all checked in. Special kudos to Alex “Minuteman” Yermolinsky for getting here so quickly on short notice. I guess there’s no way to have a Senior team without him. The hotel is a step down from the last two years, which felt more like resorts; this feels like a FIDE event. It feels kind of Soviet style in a city that has modernized a lot in the last thirty years. The food is okay, the rooms are small but clean, the Internet seems to be, for the most part, functioning. We will manage. I’m sure everyone is curious... I haven’t seen much concern around here about the coronavirus. The Czech Republic has three documented cases, last I looked.

Two other American-flagged teams have made their way to Prague.

“USA Too” is ranked a respectable 12th in the 58 team field, with three titled players in their ranks.

“USA 4 Brothers” features four Jhunjhnuwala’s – Krishan, Ramesh, Naresh, and Suresh – and they will start in 24th place, in the middle of the pack. The field in the 50+ tournament is strong, featuring the likes of top seed Alexander Graf, Artur Yusupov, Lubomir Ftacnik, Jon Speelman, and Igor Stohl. Top teams include USA 1, the Lasker Schachstiftung GK club team from Germany, the Czech Republic, and England 1. John Nunn and Ulf Andersson are the big names in the 65+ competition, with the Russian, German, and Czech teams favored based on average rating. No American teams are in the 65+ field. Play kicks off tomorrow at 3pm local time, with rounds daily through March 14th. CLO will have periodic updates on all of our teams progress. Quick Links: World Senior Teams website Pairings and Results Live Games 50+ Live Games 65+
SHARE: