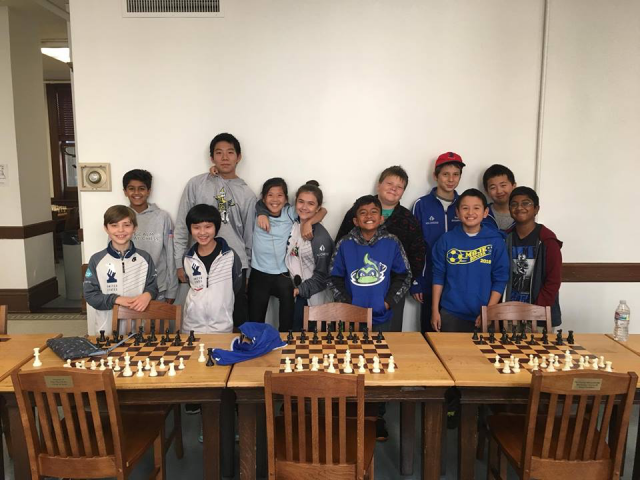 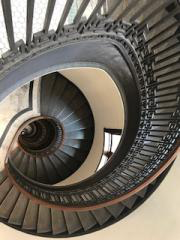 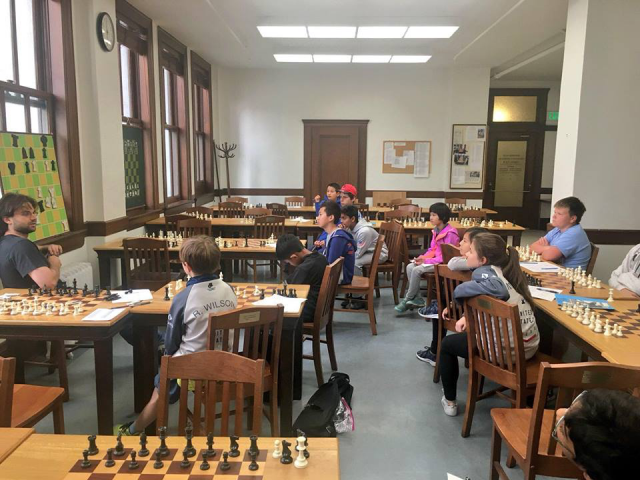 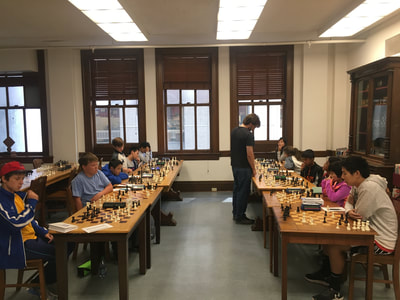 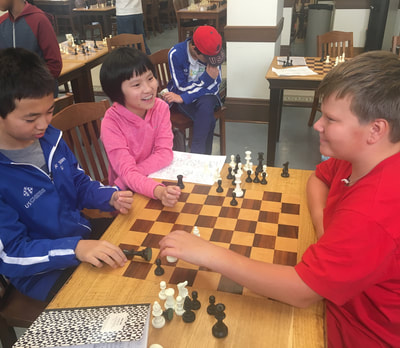 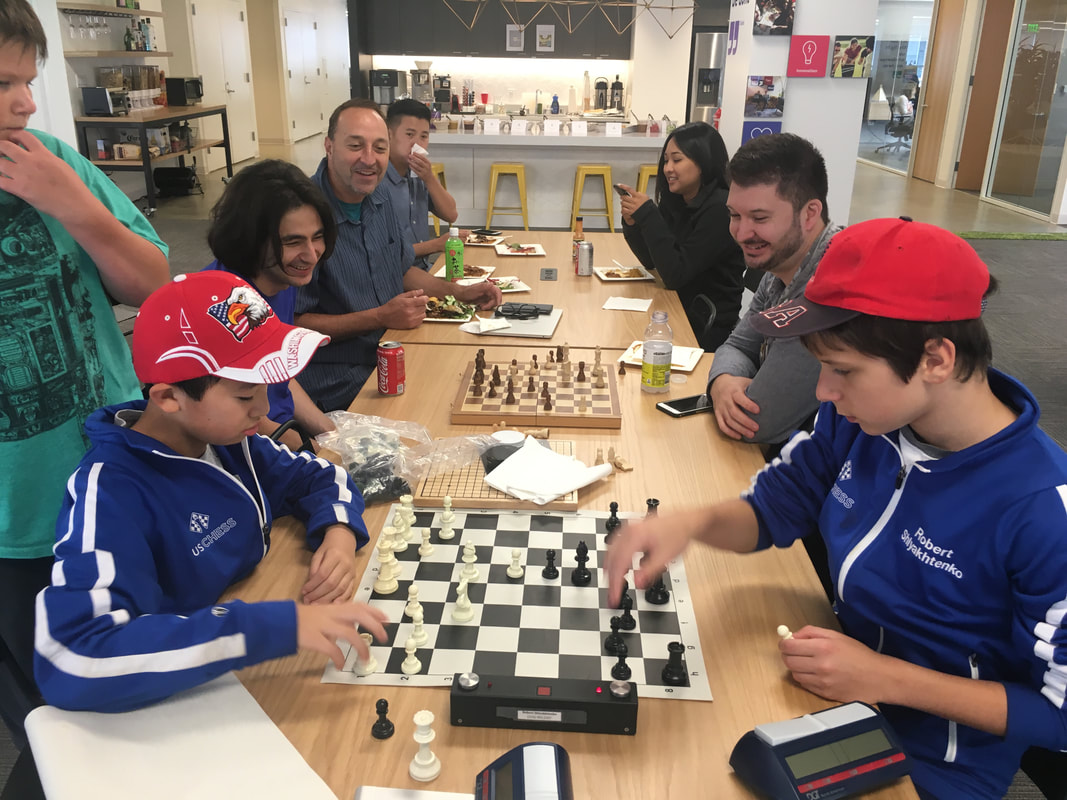 Playing blitz with Eric Li, much to the delight of the employees (but not to mine: I lost badly). 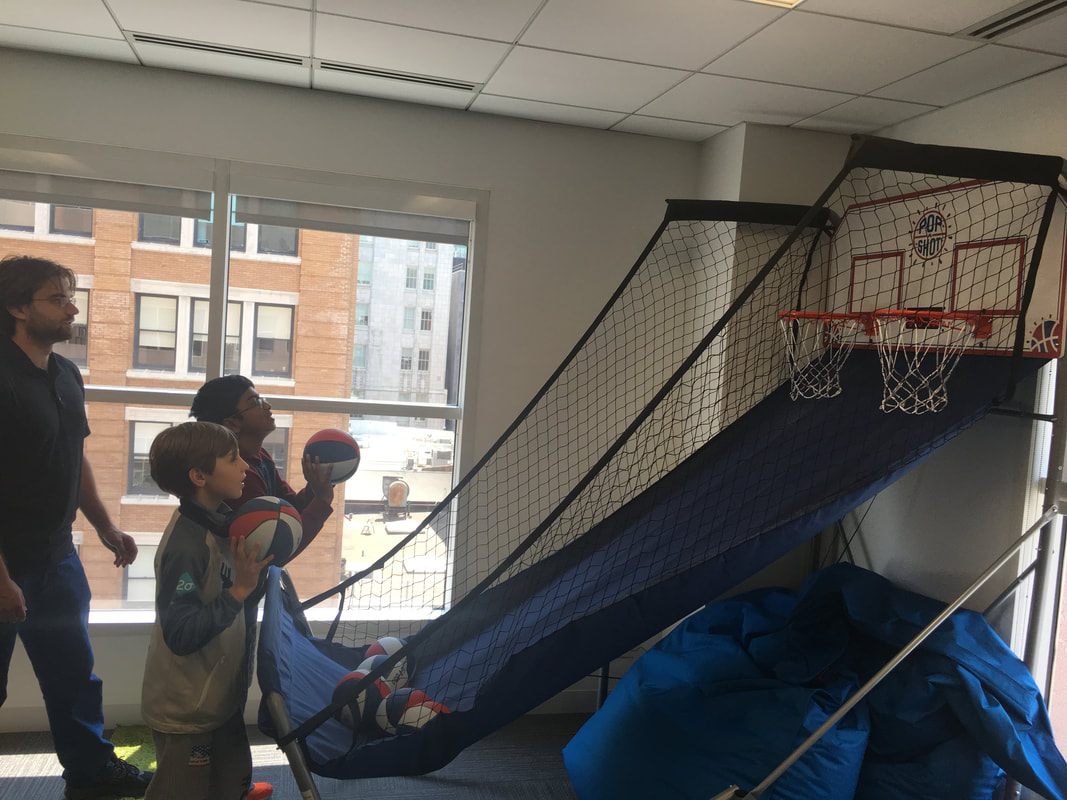 Sriram Krishnakumar and Ronen Wilson duel in basketball while Sam looks on. 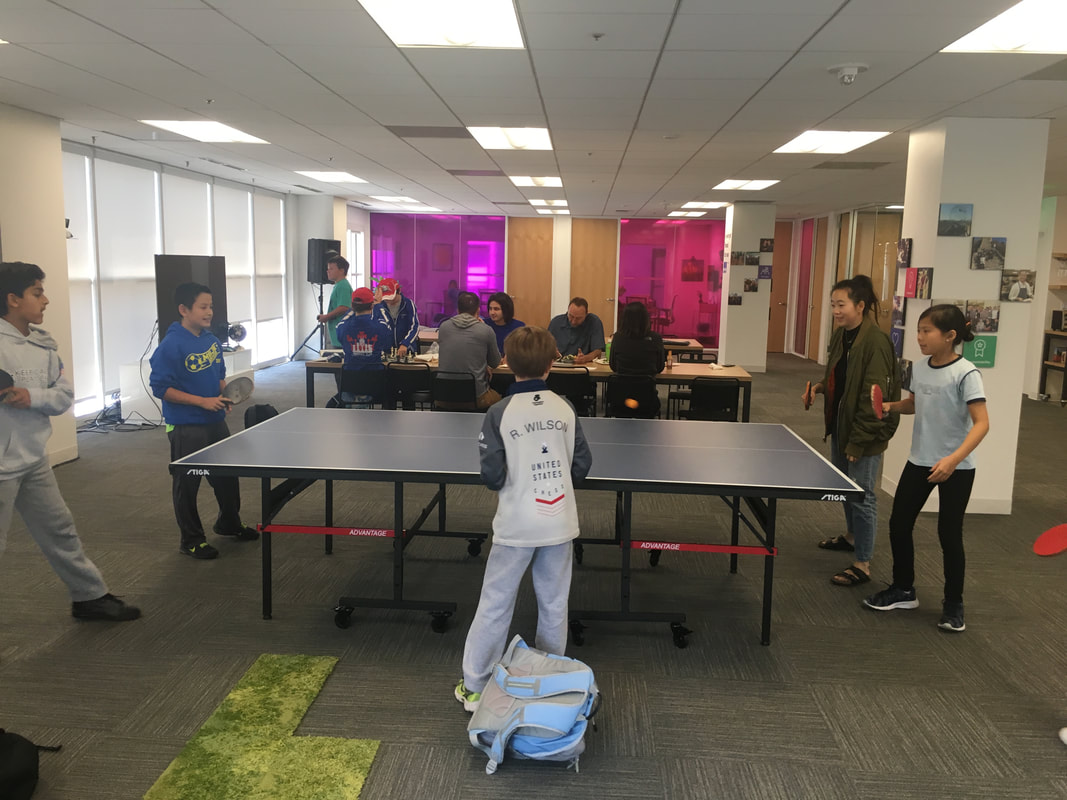