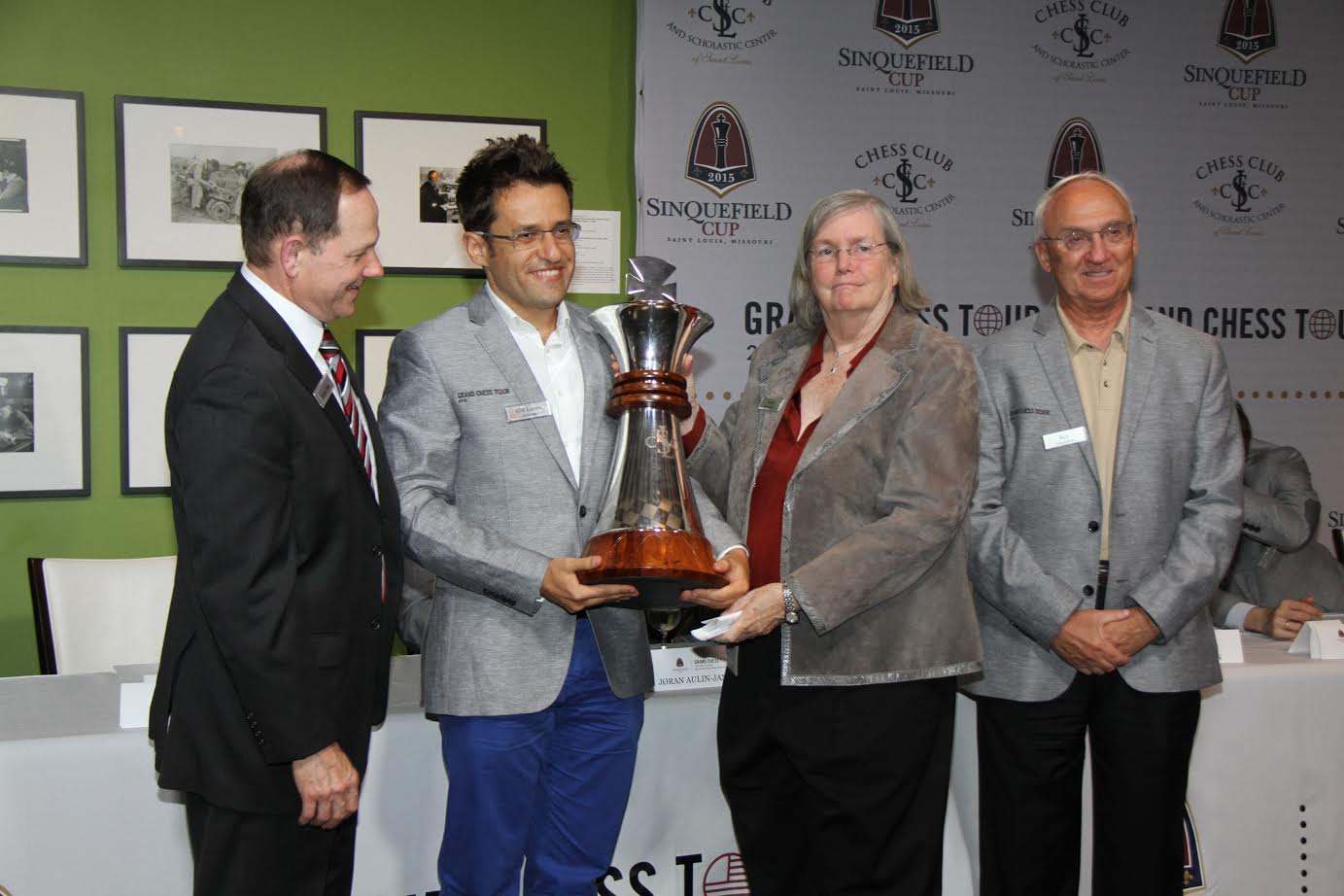 Mayor Francis Slay, Sinq Cup Champ Levon Aronian, Rex and Dr. Jeanne Sinquefield. Slay was recognized as this year's "Special Friend of Chess" while Rex and Jeanne won Gold Koltinowski Medals, Photo Cathy Rogers
The annual US Chess award recipients have been announced. The winners will be recognized on August 6, 2016 at the luncheon, held in conjunction with the US Open and Delegates Meeting in Indianapolis, Indiana. Congratulations to all and find out more about the US Open here.
SHARE: