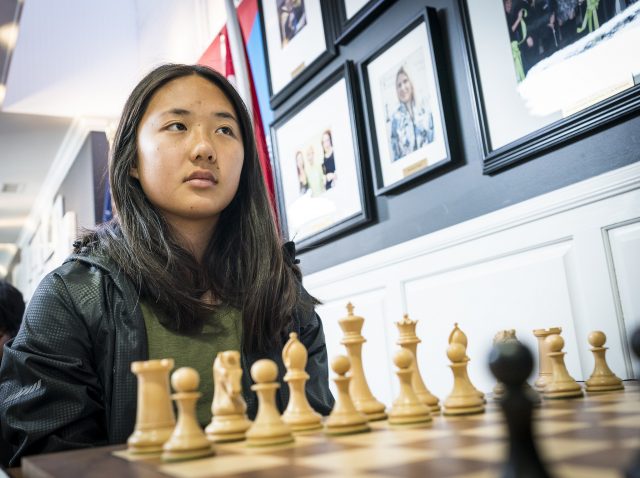 Annie Wang, who entered the championship ranked 9th out of 12 players, now leads by a full point. Photo: Lennart Ootes
In both the overall and women’s championships, two huge underdogs are leading. Sam Shankland is tied for 1st along with Fabiano Caruana, and Annie Wang is the sole leader of the women’s section by a full point! How are they pulling it off? In Annie Wang's case, so far, two key qualities have been the source of her victories: endgame skills (with even her shortest victory lasting 55 moves and her longest one ranging all the way to 107 moves) and the ability to fight back. Her 7th round victory over Anna Sharevich with the black pieces is a strong demonstration of both skills. Wang is currently undefeated with 6 points out of 7 rounds with a 2600+ performance rating so far. While her score with only 4 rounds to go is very impressive, Wang has very difficult pairings in the remaining rounds: Irina Krush, Nazi Paikidze, Anna Zatonskih, and Sabina Foisor---the last four U.S. Women's Champions. 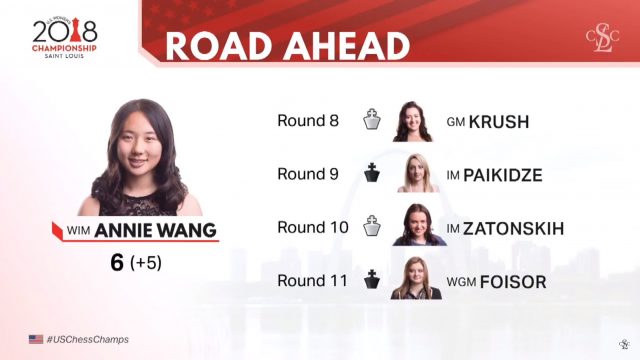 Will Wang be able to hang on to her lead in the face of such dangerous competition? 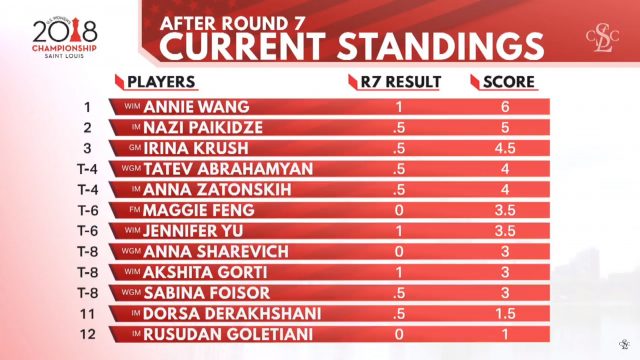 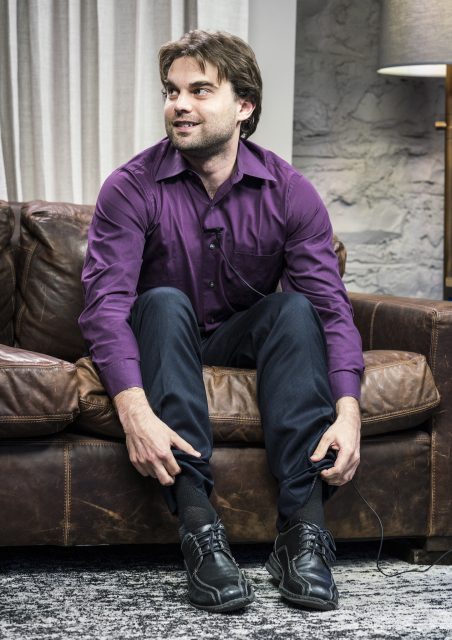 Photo: Lennart Ootes
Sam Shankland has been a key figure in American chess for a long time. However, with three American players in the world top 10, including the the World Championship Challenger, it's easy for other American grandmasters' achievements to be overlooked. Shankland's performance so far is a wake up call: There is more to American chess than Caruana, So, and Nakamura. Shankland's victories have been due to outplaying opponents in dynamic positions that emphasize active piece play. Check out his victory against Ray Robson in round 4 where you can feel the intensity of the struggle for the initiative with each move. Also, it's interesting to note that all three of Shankland's victories are with the black pieces. Rounds 8 and 9 will say a lot about who's in contention for the championship. Shankland is paired against Nakamura in round 8. It's his last game against the "Big Three" since he's already faced both Caruana and So (drawing against both). Caruana, on the other hand, still has yet to face both So and Nakamura. He will face them back-to-back in rounds 8 and 9. 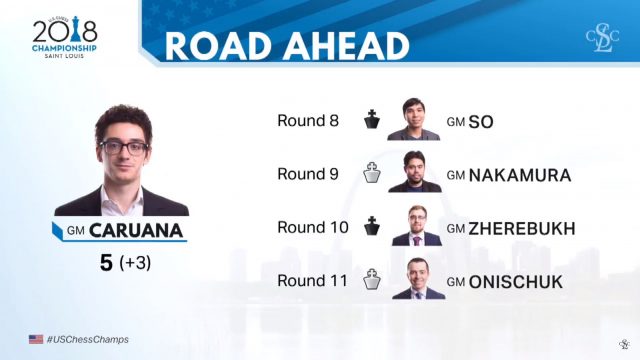 Look forward to some exciting chess the next couple rounds! 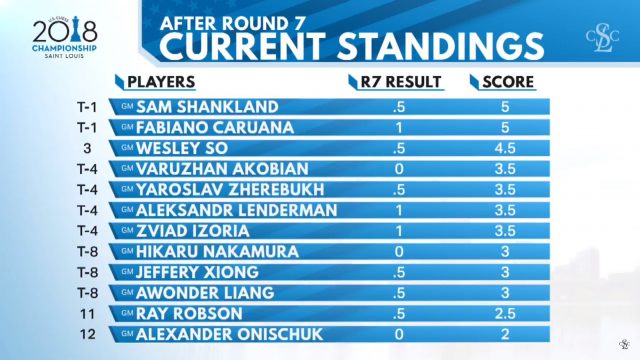