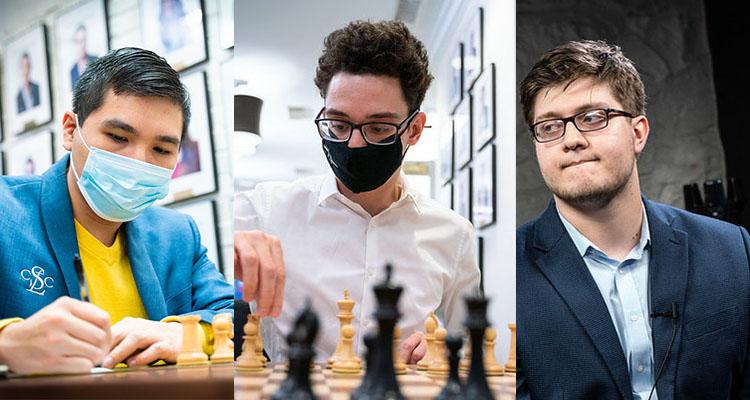 Image Caption
GMs Wesley So, Fabiano Caruana and Sam Sevian will compete for the title of 2021 US Chess Champion in a playoff on Tuesday afternoon in St. Louis. // photos Lennart Ootes, Saint Louis Chess Club

The next American king will be crowned Tuesday in St. Louis, as the 2021 US Chess Championship finishes with a rapid playoff beginning at 1:00 p.m.

This year’s race for the national championship has seen a clear leader just once in the past two weeks, and a three-way tie for first place has remained knotted since round 7, unable to untangle itself through 11 games of regulation which ended Monday afternoon.

At last, the next American king will be decided after a round-robin playoff between three Grandmasters: Defending champion Wesley So, top-seed Fabiano Caruana and 20-year-old GM Sam Sevian, who are set for a series of rapid games with a 10-minute time control and a two-second delay.

If no clear winner is produced, the playoff will move to blitz games with a three-minute time control and a two-second delay. If three GMs remain tied, they will contest by round-robin; or two remaining GMs will play a two-game match, alternating colors. If the playoff is still undecided after Blitz, the next US Chess Champion will be decided by a series of Armageddon games, which is defined as follows: White shall start with 5 minutes and black shall start with 4 minutes. Black shall be declared the winner if the game ends in a draw. 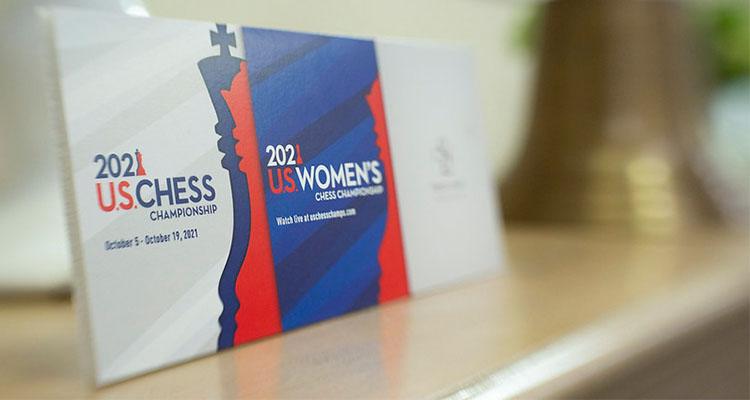 Since winning in Round 7 last Wednesday, both So and Sevian have idled their way into overtime by producing four consecutive draws each, including relatively quick half-points on Monday’s final round. Sevian was the first to finish, forced into repetition after 13 moves as Black against GM Daniel Naroditsky, while So was not far behind in an uneventful Nimzo with GM Ray Robson.

Caruana, however, has been the only player on the move in the national championship’s second half, streaking for 4.0/5 in the final rounds and rising from tournament dead to join the leading pack entering Monday. While So and Sevian were making quick preparations for a Tuesday playoffs, Caruana had the best chances at grabbing the crown in regulation, taking his Round 11 game to the edge with GM Sam Shankland.

Two-time Tennessee State Champion NM Alex King shows us just how close the World No. 2 came to pulling it off in this Catalan, and CLO’s Round 11 Game of the Day. 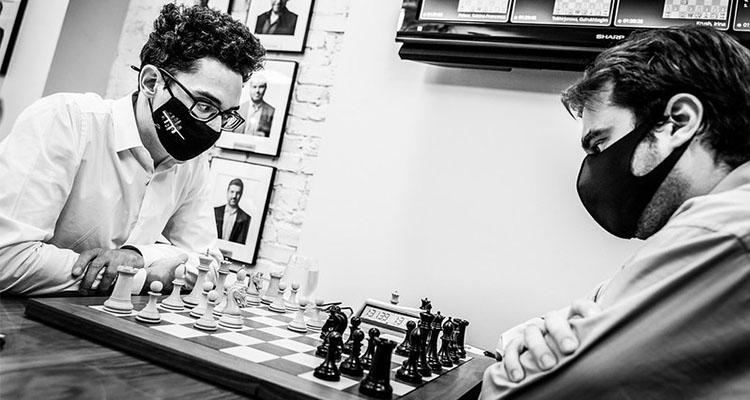 Image Caption
GMs Fabiano Caruana and Sam Shankland play in the final round of the 2021 US Chess Championship in the Saint Louis Chess Club. // photo Lennart Ootes

On the Woman's side there…

On the Woman's side there was 1 GM & 3 IMs and all were titled [others were FM, WIM, & WGM] players. Did any player make a norm in the event?

Special thanks to chess…

Special thanks to chess master A. KING for his tremendous no nonsense real deal ...see it now thriller diller notes on the monster CARUANA -SUPER SAM SHANKLAND last round US chess championship epic game which sent it all into sudden death triple overtime playoff;...(Mr. King truly helped us understand what the hell was going on! Speaking strictly for my rusty self I sure needed it!) .Please note American chess is in good hands with terrific gracious , informative remarks by playoff winner Grandmaster SO and THE electrifying national women's champion CARISSA YIP . I.E .'HEY GUYS"!!!.!!!!..not to be missed are their world class manners ...plus WONDERFUL mutual feistiness to boot ...in the do not miss You tube posted closing ceremonies. Finally there are no words to capture the unbelievable ST. LOUIS CHESS CLUB miracle -treasure that Rex and Jeanne Sinquefield have delivered to the entire chess world...and thanks to Mr. R. Bauer for the long ago turn- on- a -dime miracle meeting by total absolute UNRELATED BUSINESS chance with Sir Rex ... virtually overnight mainlining the Sir Rex connection to US chess ......hopefully forever. Mr. Bauer really " seized the day." Jude Acers/New Orleans