The 2022 National High School (K-12) Championship continues this evening, as the players make their way through Round 2. At the top boards, the first round went as expected with the higher rated players capturing the points.

On Board 1, Guo demonstrated his prowess with a clean win against Kabilesh Yuvaraj.

On Board 3, FM Nico Chasin opted for an attacking posture with a Benko Gambit as Black, converting the open queenside initiative into a winning endgame against Ananya Ananth.

On Board 13, Bijan Tahmassebi was able to gain an initiative on Neil Lad’s uncastled king after sacrificing an exchange and sealed the deal by snagging his opponent’s queen.

Prior to the “main event” competitors took part in the Bughouse and Blitz tournaments, as well as a simul conducted by this year’s guest grandmaster Ben Finegold. Throughout the afternoon, those who weren’t in the playing hall stopped by to test their blitz skills against a good-natured and chatty GM Finegold.

Our photographer Caroline King captured the focus on some of the nearly 1,100 competitors during the first round of the tournament. 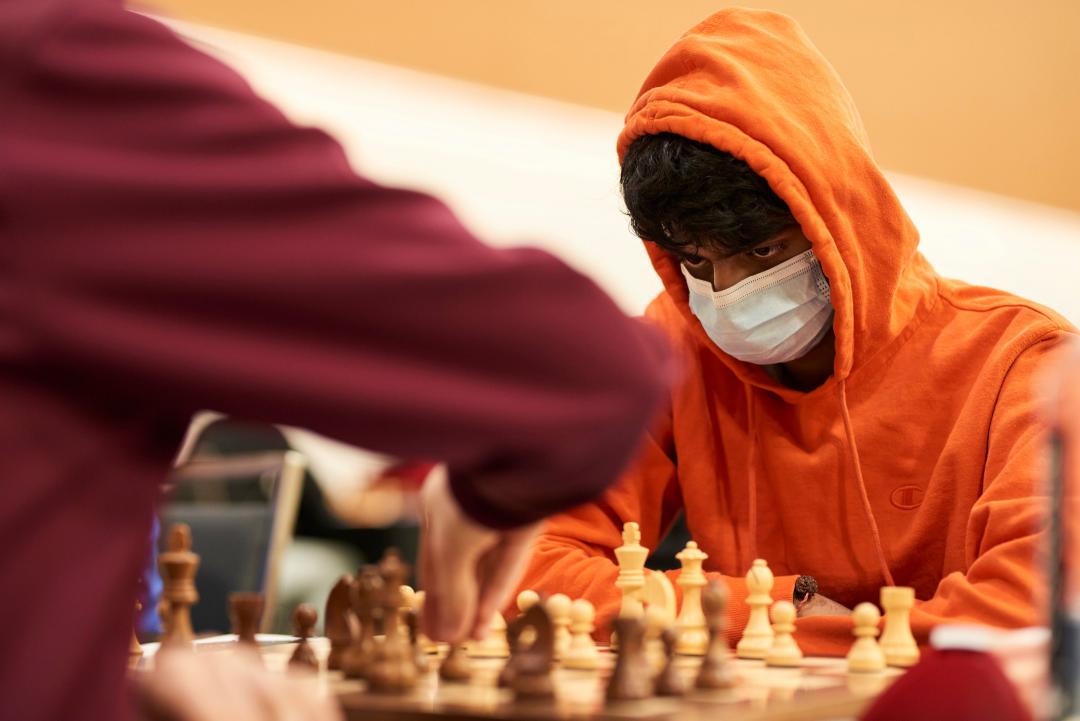 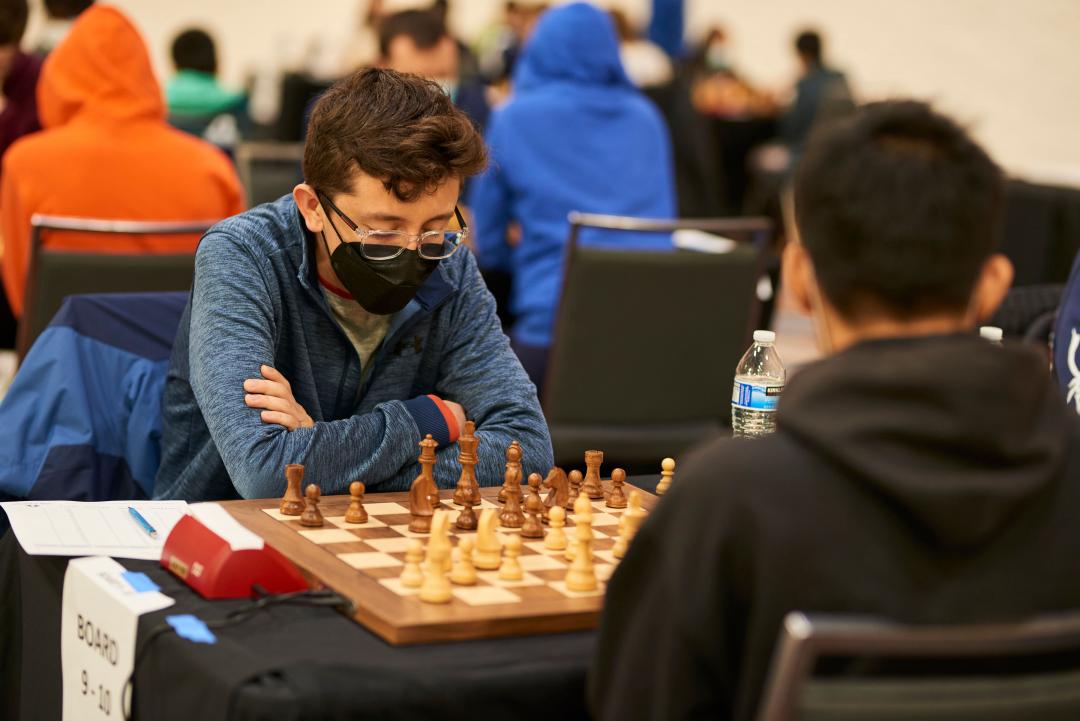 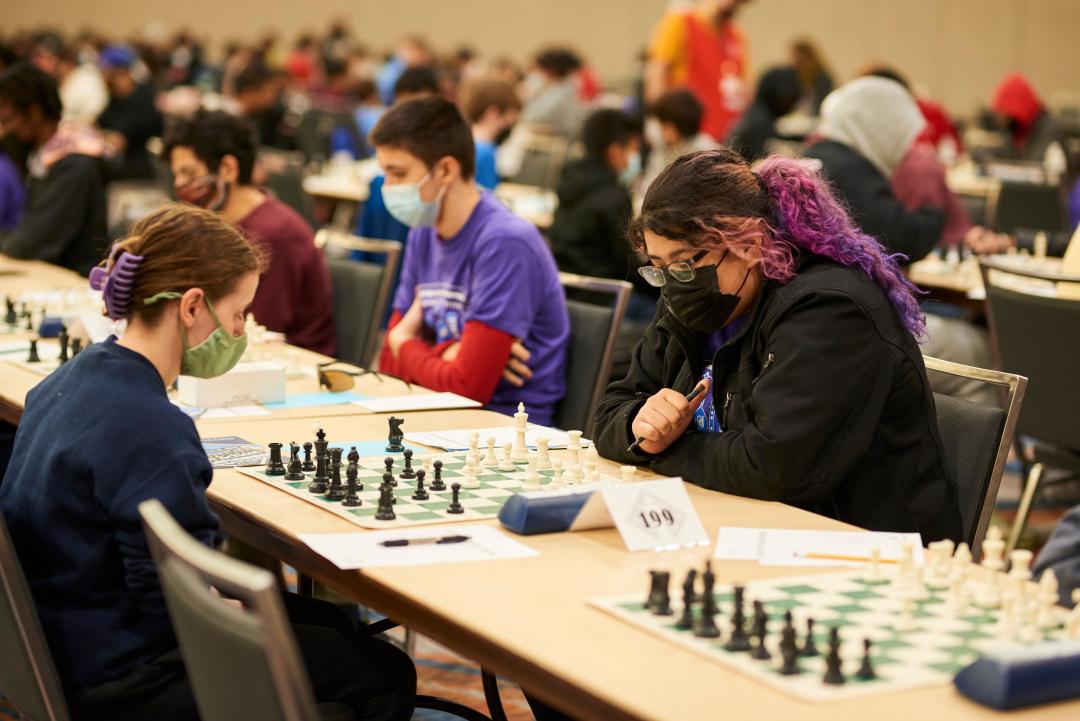 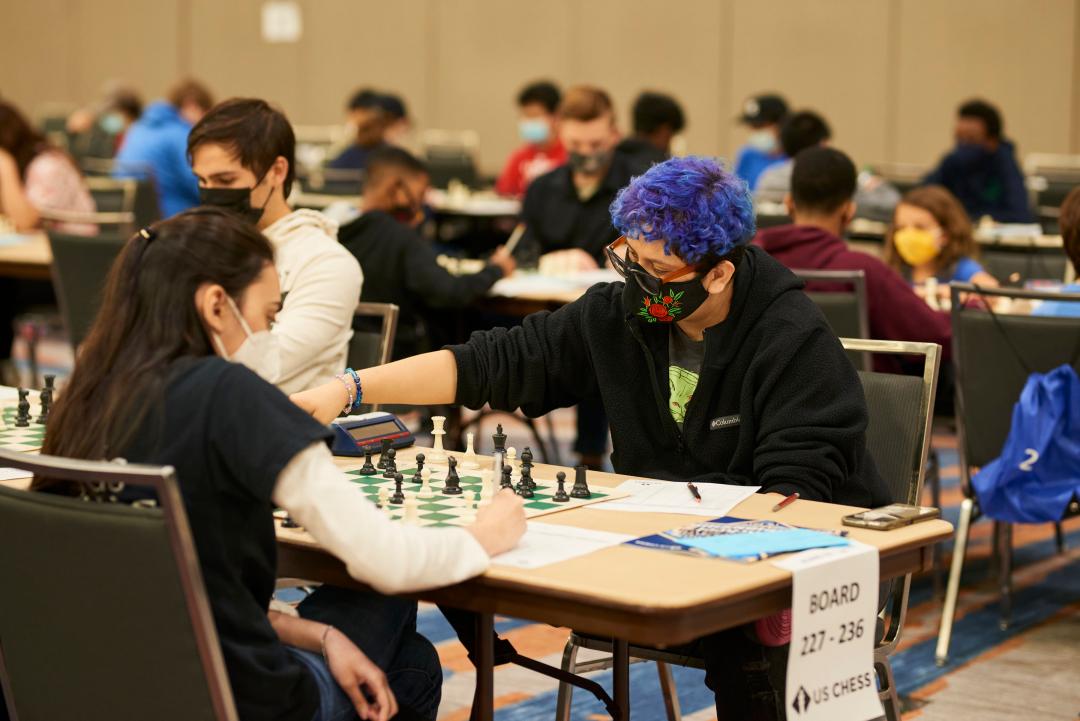 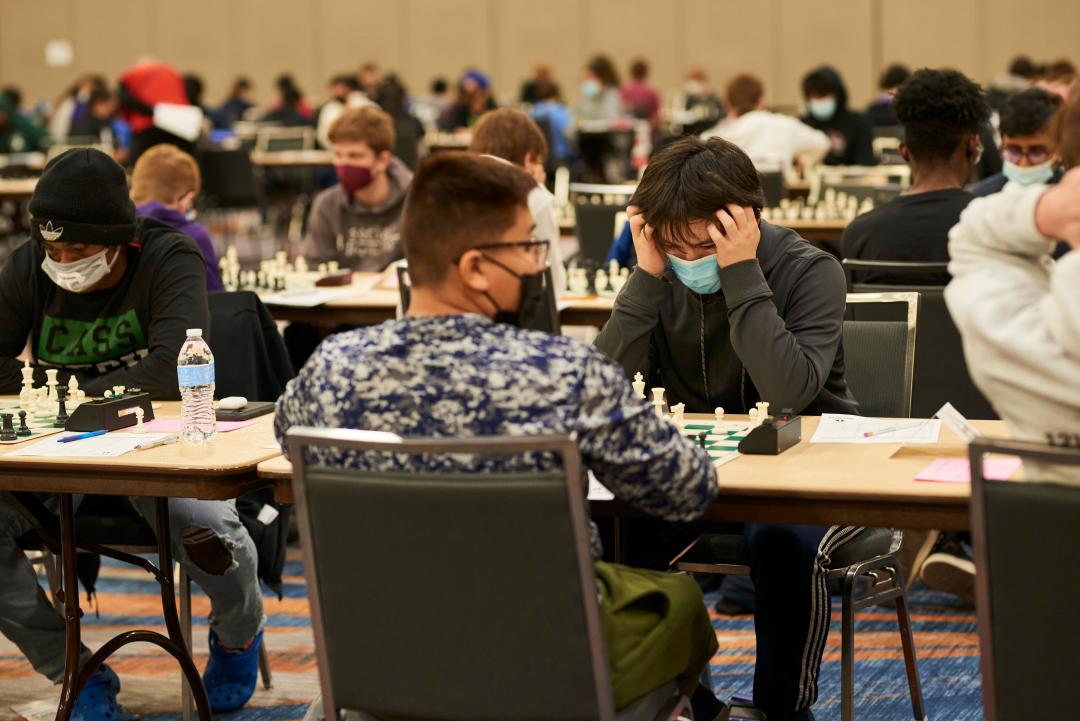 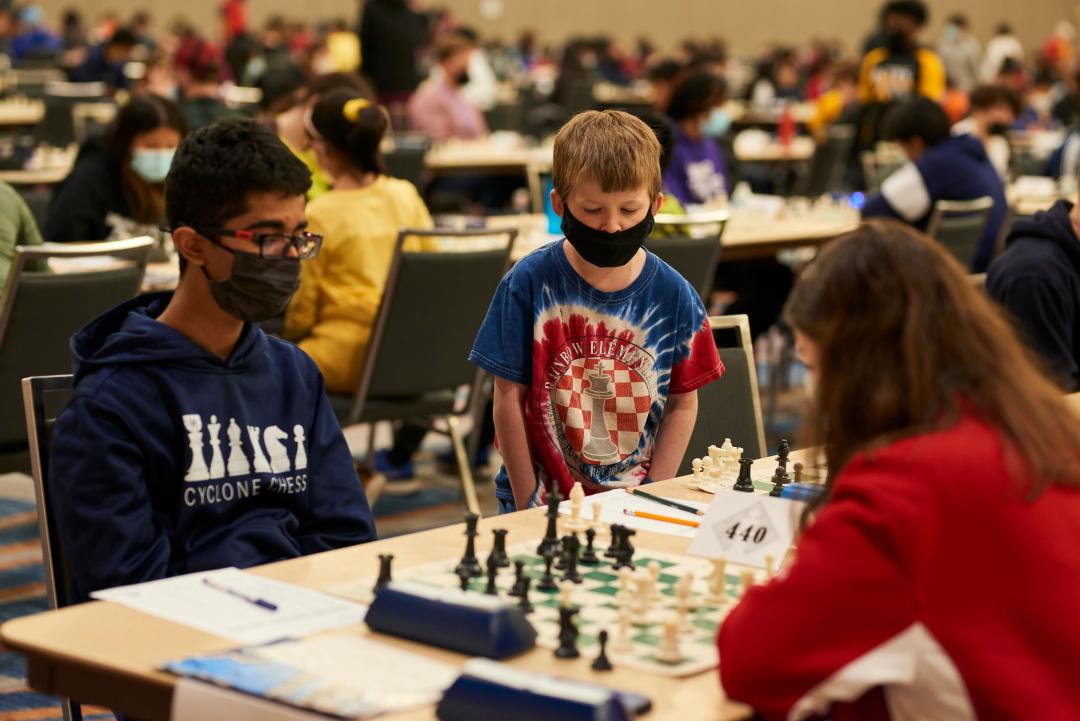 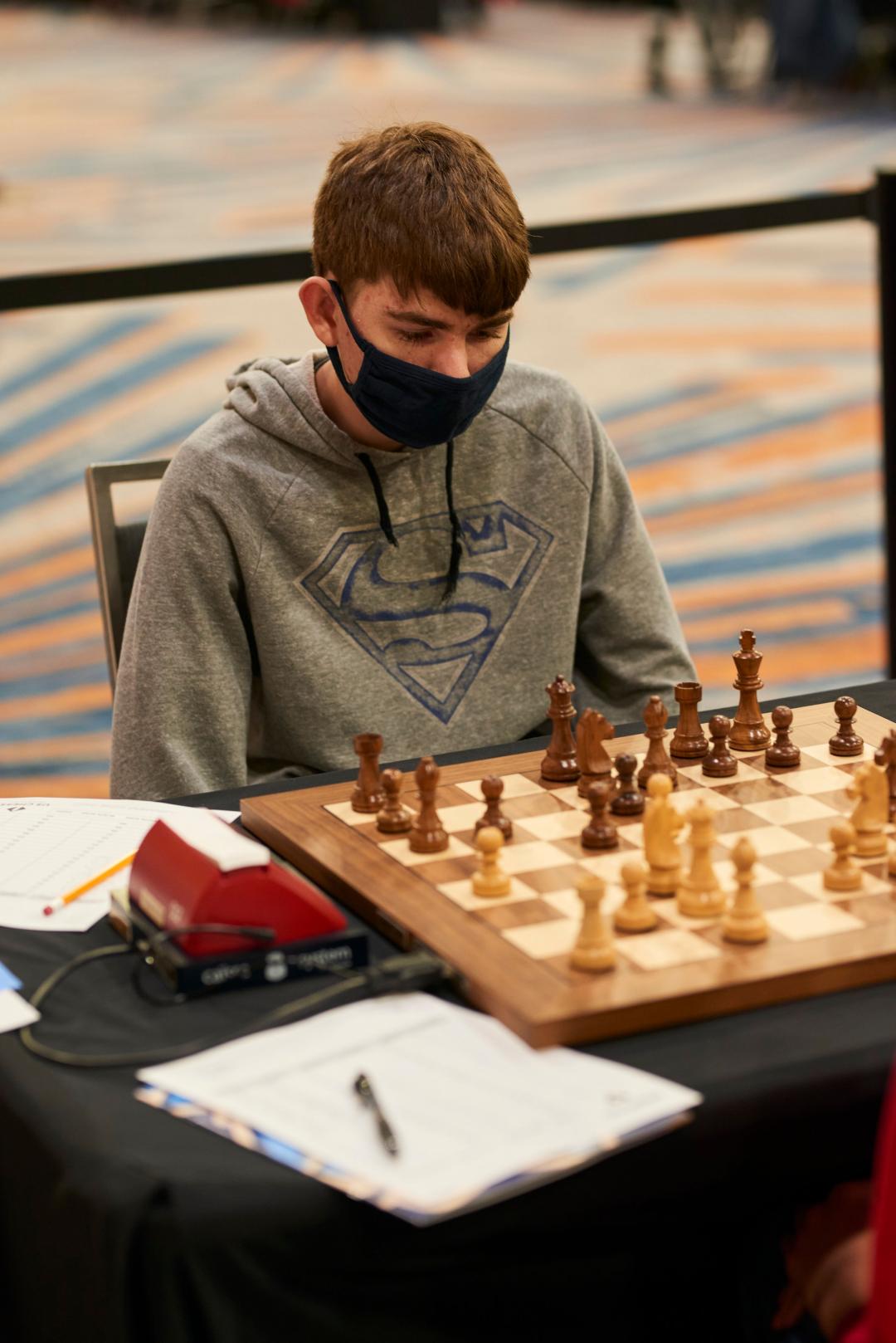 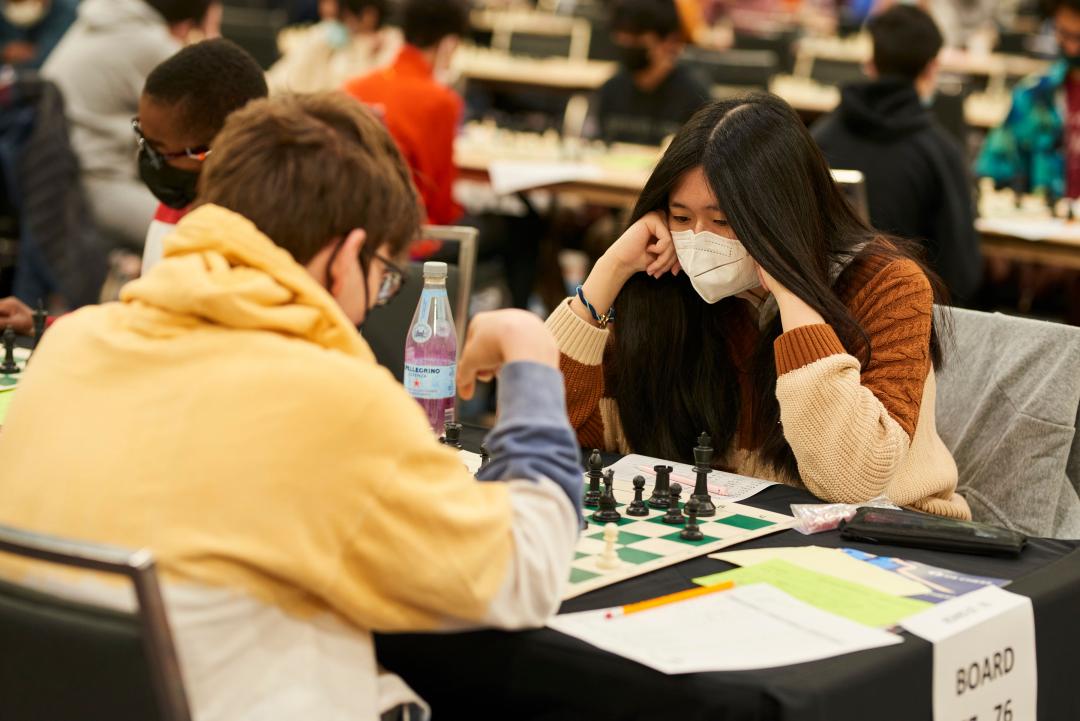 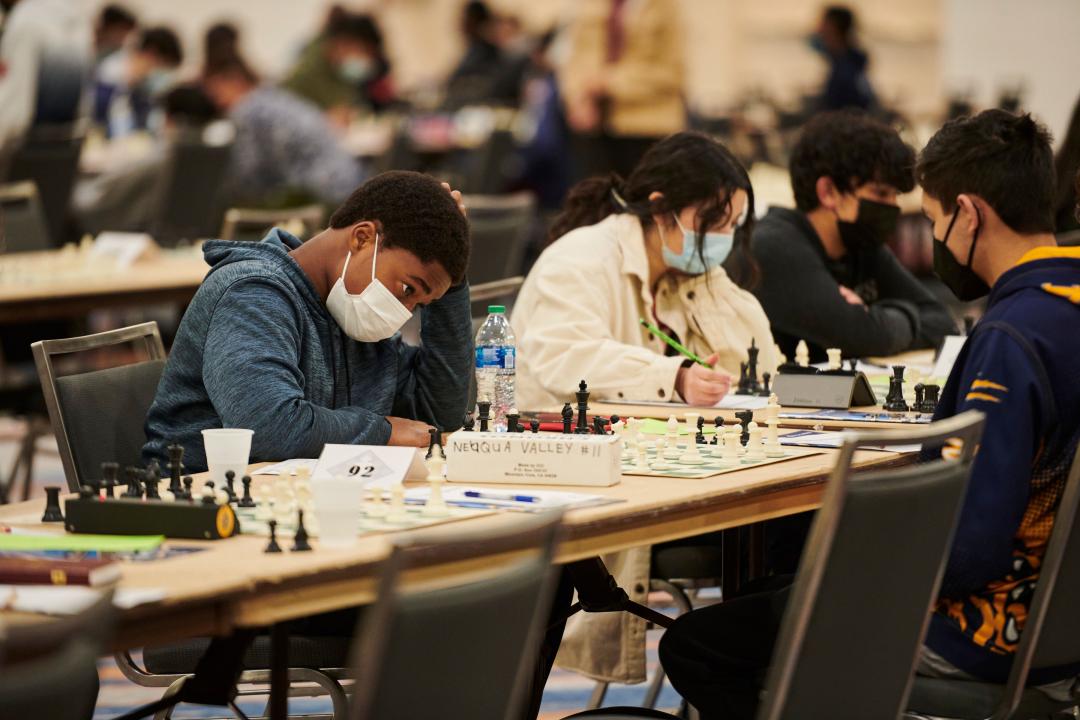 On Saturday, play continues with Rounds 3, 4, and 5, along with a number of events throughout the day.

In addition to regular programming throughout the day, the US Chess Girls Club will be hosting a special meet-and-greet with US Chess Women’s Program Director WGM Jennifer Shahade for her new book Chess Queens, to be followed by a roundtable discussion about content creation with female chess Twitch personalities Epiphany Peters, WFM Devina Devagharan, WIM Luciana Mendoza, and Karen Boyd. 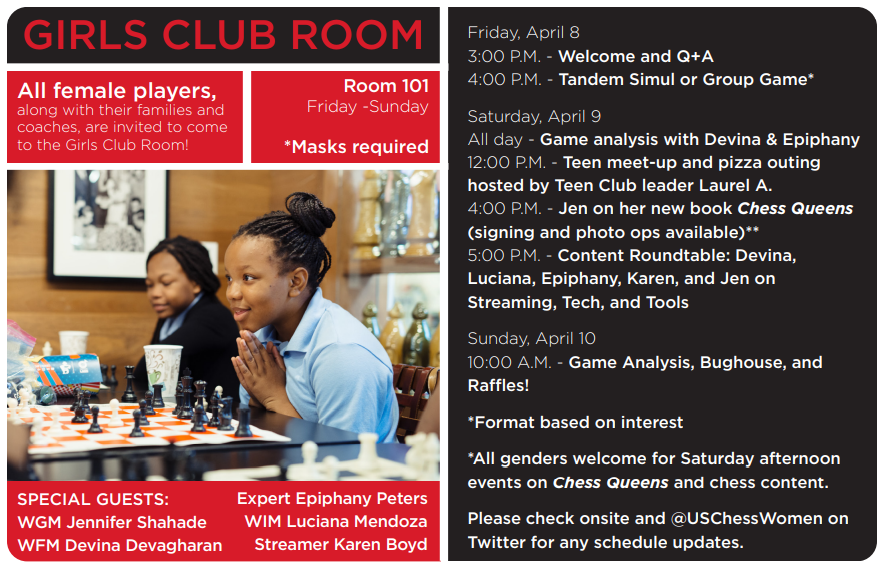 Join other parents, grandparents, and friends for a special Friends and Family Tournament on Saturday. Four rounds of G/30 games in rated and unrated sections. Entry fee is only $30 on-site.

Starting on Saturday evening for Round 5, US Chess broadcast ive commentary and analysis from our Twitch channel with special guests FM Gauri Shankar and WGM Sabina-Francesca Foisor, who will make sense of the 64 squares and connect all the critical moves for the top boards. First broadcast begins at 8 p.m. ET, 7 p.m. CT on Saturday. Watch live at www.twitch.tv/USChess. 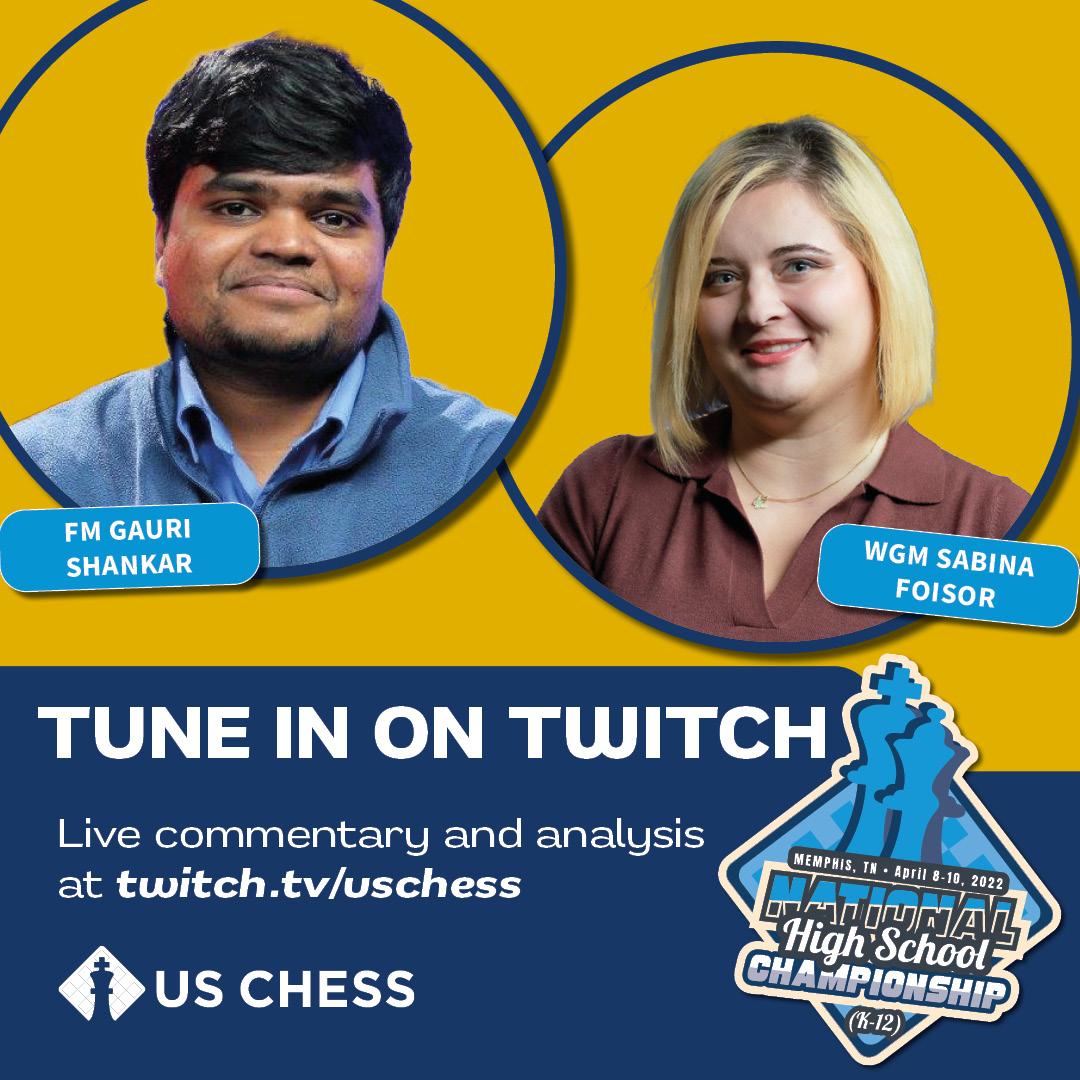