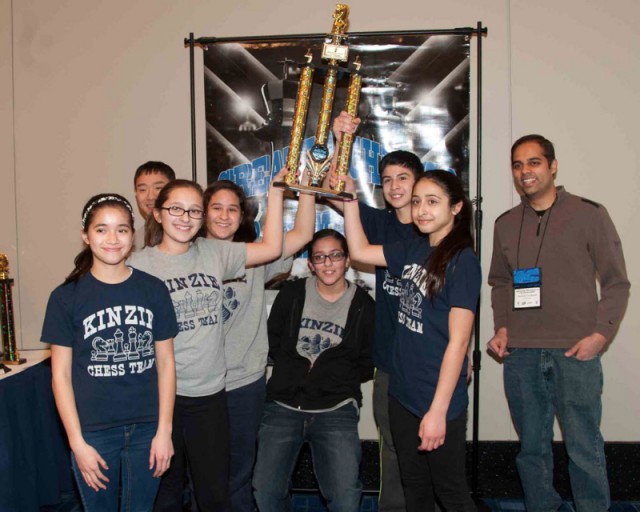 Kinzie Chess Team, winners of the K-9 championship team prize at the Greater Chicago K-12, Photo: Betsy Carina Dynako
For chess fans, it's easy to understand how chess can be a gift in a person’s life. Many non-profit organizations, including US Chess, do good work based in support of the royal game all across this country. The Kasparov Chess Foundation is one of these organizations. Its mission of promoting the study of chess as a cognitive learning tool in classrooms and after-school programs is going strong in Chicago. The foundation has the Renaissance Knights to thank for this and for organizing the Greater Chicago K-12 Championship. In addition, a sister championship event was hosted on February 6 in Baltimore.  In January, the Greater New York Championship took place with record breaking participation of over 1200 players. Another championship will be hosted in California later this year. Michael Khodarkovsky, president of the Kasparov Chess Federation, says that the championships, “are spread out throughout the country to make it accessible and affordable to all players and their families.” 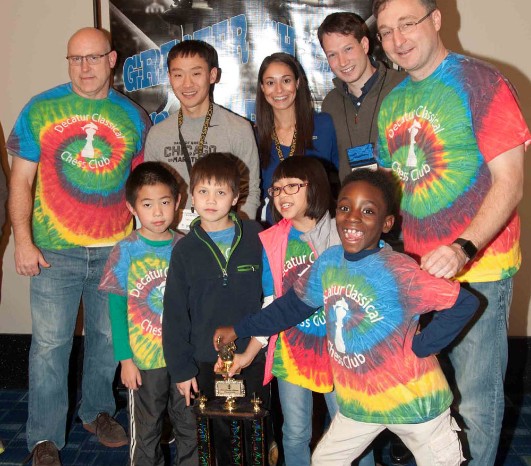 Decatur Classical Chess Club, winners of the K-3 Championship Team Prize at the Greater Chicago K-12, Photo: Betsy Carina Dynako
The Renaissance Knights Chess Foundation is well known nationally for teaming with the Kasparov Chess Foundation to host the annual KCF All-Girls National Tournament, but locally it is known for much more. Renaissance Knights provides after school lessons, camps, other tournament opportunities, and promotes non-violence. With the financial support of the SBB Research Group over the last three years, the Greater Chicago K-12 Championships has gifted free entry into the tournament and complimentary US Chess memberships to 325 children who attend Title I schools. One hundred and eighty players benefited this year. 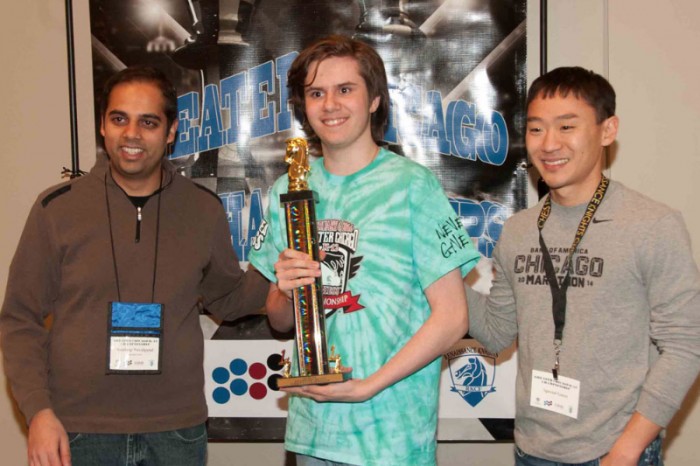 Matthew Varga, winner of the 2016 Greater Chicago K-12 Championship, with Sandeep Navalgund and Andrew Cho, Photo: Betsy Carina Dynako
Matthew Varga is one of the success stories of the Renaissance Knights. He has been active in chess through the foundation over the last five years. Currently, he is a student of the Chicago Virtual School. Varga’s commitment to chess paid off as he was crowned the K-12 Varsity Champion at the Greater Chicago K-12 Championship this year. When asked about his victory and other tournaments Varga said, “Renaissance Knights have the best tournaments. They are the most well-run out of all the events that I have been to in the area and other states, as well. They really care about the players and love to see them grow, as I have for the past five years.” Here is Matthew's final round victory, which secured clear first place: The Renaissance Knights Chess Foundation has been the beneficiary of support from the SBB Research Group for the past two years. This relationship was born out of the suggestion of one of SBB’s employees, Sandeep Navalgund. He is a product of Illinois High School Chess, having played for the Hinsdale South high school team, class of 2001. Navalgund said that chess was important for building his skills in engineering, which are part of his professional repertoire. Founder of SBB, Sam Barnett, is known for actively supporting causes that are important to the people in his organization, so it was no surprise that Barnett was interested in becoming involved in chess after Navalgund made the pitch. Barnett reflected on his support of chess via the Renaissance Knights: “helping hundreds of children is amazing.” Navalgund, Barnett, Andrew Cho, and Ali Weinberg all attended the Greater Chicago K-12 Championship and happily posed for photos with the winners. With the great support they have received, it's hopeful that the 180 new US Chess members from the Chicago area will grow with the game and flourish into adulthood. Chess can change lives. 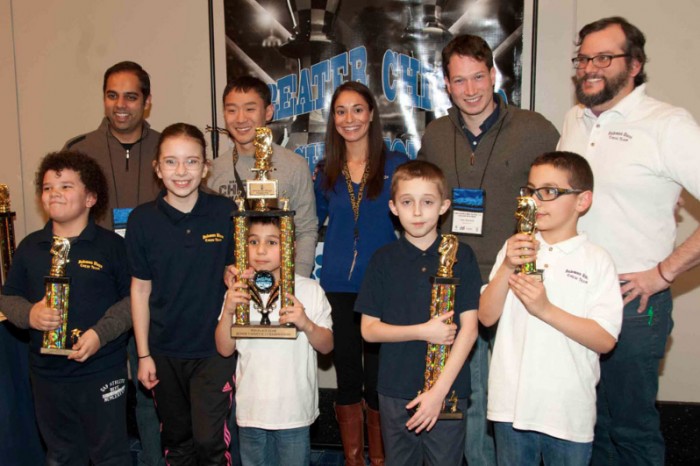 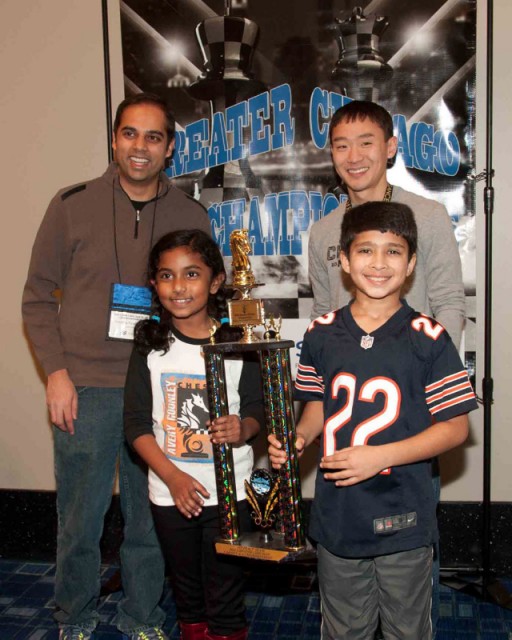