Swindles and Surprises at the US Junior Champs 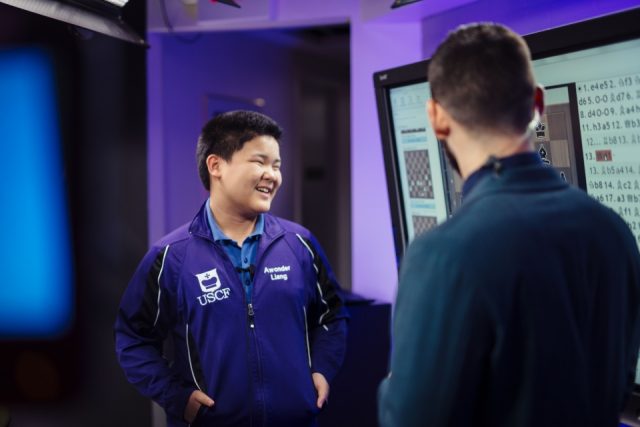 The new US Junior Champion, 14-year-old Awonder Liang. Photo: St. Louis Chess Club
For most of the tournament (rounds 2-8), GM Kayden Troff was the sole leader of US Juniors---at times even a full point ahead. However, in the last round, with the stakes and tensions high, everything changed. Mika Brattain's excellent opening preparation against Troff gave him a comfortable initiative, which he pressed to his first victory of the tournament.

Show Solution This unexpected result left a wide open opportunity for Awonder Liang to clinch the championship, without even needing a playoff---if he could win his game against the very solid IM Michael Brown. Liang was up for the challenge and played an excellent middlegame, full of both positional and tactical play.

Although Liang found a sufficient winning idea, he overlooked a fascinating tactical possibility in this position. Can you find it? 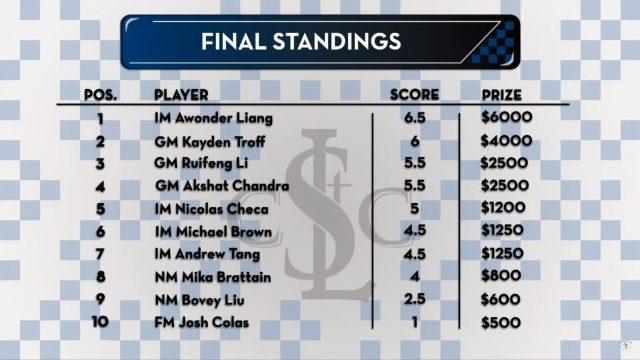 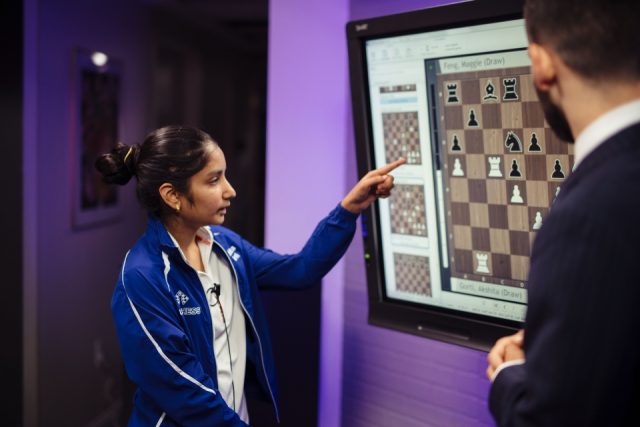 In the US Junior Girls Championship, Akshita Gorti virtually sealed the deal in round 7 when her victory against Bykovtsev gave her a 1.5 lead over the field---which she didn't relinquish for the rest of the tournament.

Since Gorti had mathematically secured 1st in round 8, the last round was a battle for 2nd. A draw against Bykovtsev gave Maggie Feng 5.5 points. Meanwhile, in the last game to finish, Annie Wang needed a victory to tie for 2nd place with Feng. However, her opponent, Rachel Ulrich, managed to sneak away with a draw in a tricky two-pawn down queen ending.

White to move and draw. 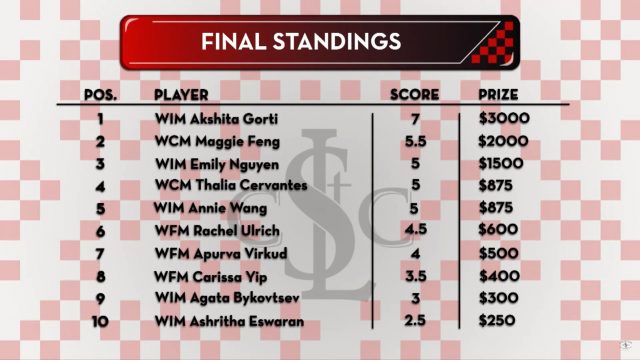