So Set for Weekend Clash with Carlsen in Opera Euro Finals 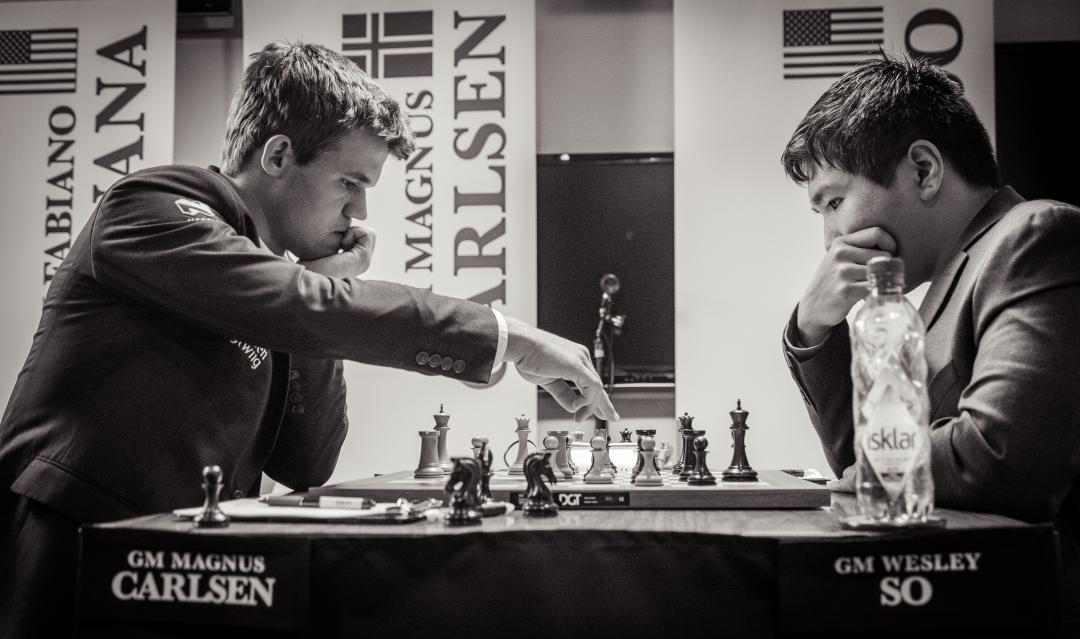 US Chess Champion Wesley So has advanced to the finals of the Opera Euro Rapid, earning a weekend date with the World Champion.

The Minnesota Grandmaster defeated Azerbaijani GM Teimour Radjabov in the tournament’s two-day semifinal match, winning the first four-game set on Thursday by a score of 2.5-1.5, and then needing only three games on Friday to score 2-1 and secure the match win.

So will now play World Champion Magnus Carlsen in the event finals, another two-day, two-set match that begins Saturday. 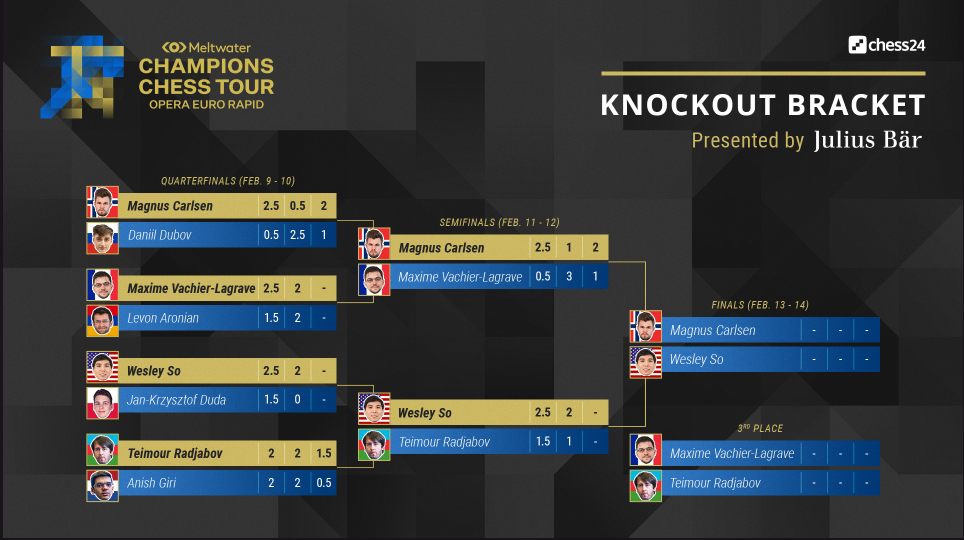 The Opera Euro Rapid is the third leg of the $1.5 million Champions Chess Tour, a series of 10 elite online events throughout the 2021 calendar which has been organized by Carlsen and his Play Magnus Group. Each event invites 16 of the world’s elite chess players to compete through a nine-day tournament, featuring games with a rapid time control. The tournaments begin with a round-robin preliminary stage, and then the top-eight players advance to a knockout bracket that narrows to a winner.

So was one of the original GMs invited to the Tour’s kickoff event, the Skilling Open last November, and has earned automatic invitations to each successive event; the free entries have been awarded for reaching the knockout bracket in each tournament. Saturday marks the second time So and Carlsen have squared off in a Champions Tour final: the American won the Skilling and its $30,000 top prize by defeating the World Champion on his 30th birthday.

The Opera Euro began last Saturday and featured four Americans in its original 16-player field, though So was the only one to advance out of a hard-fought preliminary stage, after scoring 9/15 and earning the third seed in the knockout bracket. He first took out Polish GM Jan-Krzysztof Duda in the quarterfinals, closing the match with four straight wins, and the American was equally as convincing against Radjabov in the semis.

The Azerbaijani is champion of the Tour’s last event, the Airthings Masters in December, and was stout in an otherwise bloody Opera Euro preliminary, with 14 draws in 15 games. But Thursday's first set of the semifinal was fighting and saw three wins with the white pieces, including two for So behind the king's pawn. In the first game of the day, Radjabov tried a Sicilian defense that maintained balance until both players fired up pawn storms on opposite sides of the board. It was So on the kingside who drew attention first, opening up the h-file and invading with a queen and rook. Radjabov’s defense was commendable, though a misstep under time pressure with 43. .. Kf8 allowed entry.

Friday’s second set began with two quick draws, repeating positions after 35 moves and then again after just 19 moves. But the US Champion iced the match with the black pieces and a beauty of a third game. The white king never found a castle against the US Champion's Nimzo-Indian, and 12. Nf4 allowed an early check and strong reposition. Several pawns hung in the balance, but So’s attack was meant for heavy lifting with 16. .. Rab8-Rb2+. His follow-up 18. Nd3+ was the stunner, interfering with the queen-and-rook battery, and forcing her off the board for a knight and rook. The Azerbaijani tried to shell in a fortress, but So found the sacrificial 27. f4! to crack things open.

Carlsen’s play of late has been manic; two weeks ago saw an uninspiring 6th place finish in a return to the board at the Tata Steel Masters, and last weekend saw the Norwegian dominating online with six wins and 9.5/15 in the Opera Euro’s preliminary stage. Earning the knockout bracket's No. 1 seed, his quarterfinal opponent was a rematch with GM Daniil Dubov, who had shockingly knocked Carlsen out of the Airthings Masters.

In the Opera Euro, the Russian upstart showed his intentions to stay a thorn in the World Champion's side, using aggressive play to swindle several positions and perhaps even force a few gaffes from the Norwegian. Despite winning the first set, Carlsen couldn't seem to find the final blow against Dubov, and the match could only be settled after a blitz playoff and then Armageddon. Carlsen's semifinal against Frenchman GM Maxime Vachier-Lagrave followed the same pattern of inconsistent play, first showing model games in the Grunfeld and then missing mate-in-two. Again the match was decided only after splitting a pair of sets, and then a pair of blitz playoff games, and Carlsen winning Armageddon.

"Magnus is the favorite in every tournament he plays, so it's better to just not be over-optimistic,” So said, when asked if Carlsen's erratic play might make the American the favorite this weekend. “Of course, it depends on whether he has a good day or a bad day.”

The Opera Euro Rapid's final match begins Saturday and concludes Sunday, with each day playing as one set of four games. If the match is tied one set apiece after Sunday, the champion will be decided by a pair of blitz playoff games and, if needed, Armageddon. First moves both days are at 11:00 a.m. eastern.