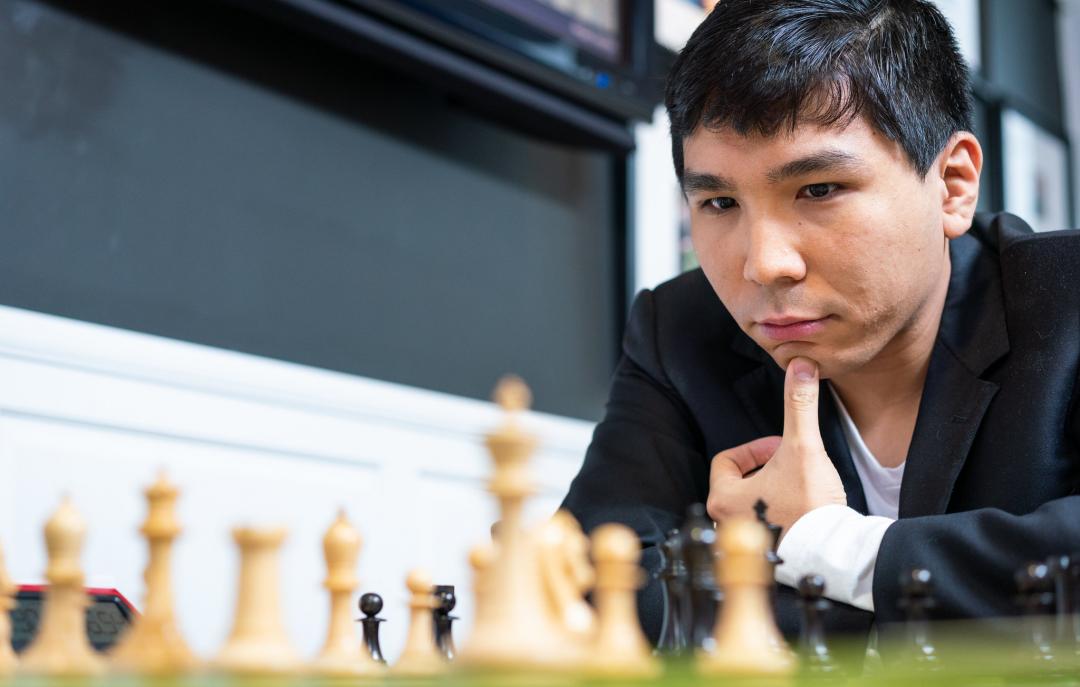 Grandmaster Wesley So found an itch he didn’t like in the Champions Chess Tour: a rare blunder, late in an endgame -- and fatal, too.

So he scratched it.

In the second game of the Opera Euro Rapid quarterfinals on Tuesday, the US Chess Champion uncharacteristically dropped a bishop in a delicately balanced endgame, featuring his three minor pieces up against Polish GM Jan-Krzysztof Duda's queen. Worse, the mental slip came just moments after the American had found equality after a grueling middlegame by setting up a fortress - though he had just chosen to push out of the locked position in a probe for the win. The overlook of the elementary tactical shot left the American shaking his head. 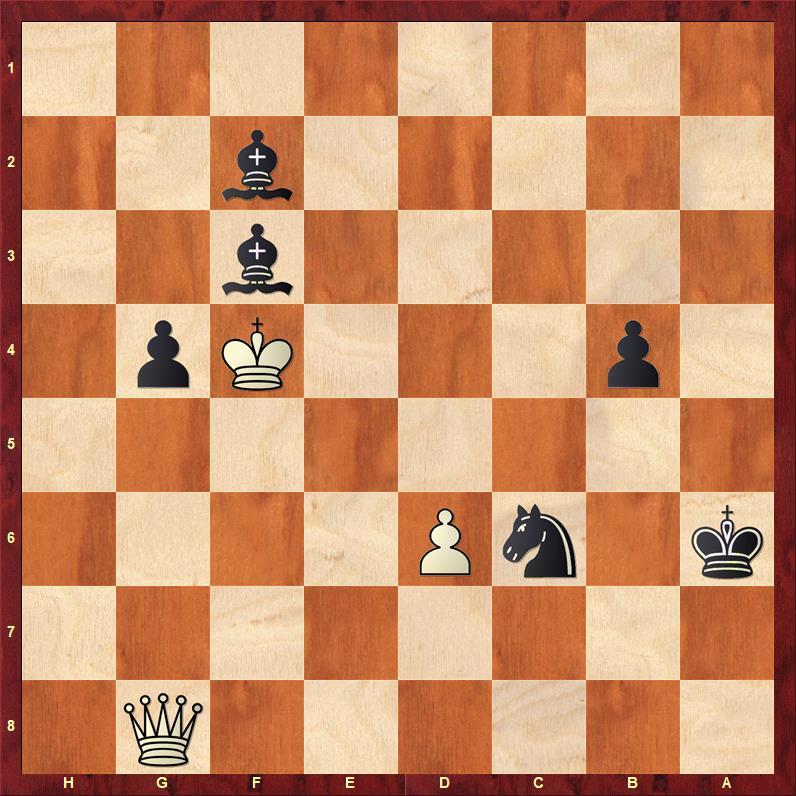 Image Caption
GM Wesley So greedily snatched a pawn with 70. .. Bxf2 -- but what did he miss?

“At the end of the day, there are going to be a lot of mistakes because of the short time control,” So said. “The most important part is to not make the last mistake.”

To his credit, it was the last mistake he would make in the entire match. So did more than scratch back after the blunder, moving on to win four gorgeous victories in a row to dispatch Duda and secure the American’s spot in the Opera Euro Rapid semifinals. With four games in each of two sets, So won the first set Tuesday 2.5-1.5, then clinched the match on Wednesday 2-0.

"After I lost the second game, I thought it was all going to be downhill after that,” So said. “But Jan-Krzysztof is the kind of player who is very aggressive, and so he gives chances for his opponent to come back, and chances to complicate the game."

Indeed, the final four games of the match saw the American clearly turn the tables against his young opponent’s aggressive style. Once past the howler in game two, So’s successive wins displayed more of what has come to be expected from the U.S. champion: patient and precise chess, seizing advantages for dazzling attacks, and textbook endgame perfection. 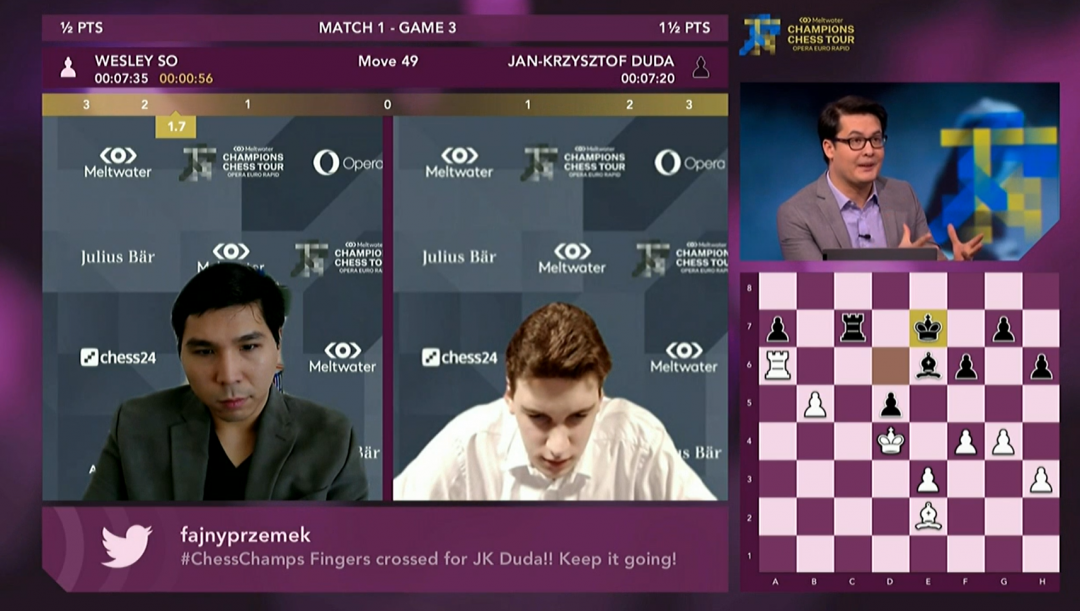 Here, coming in Wednesday’s second game and marking his fourth win in a row, So never released pressure against a closed King’s Indian Defense, increasing his advantage with nearly every move. An early 11. g4 helped clog up Duda’s opening development, and when the Polish GM was finally ready to attack it with 24. .. f5, the move simply invited 26. Ng5 and signaled the American’s attack. That knight proved lethal, stampeding around the kingside to win a pawn, rook and bishop before finally being captured at 39. .. Qxf5 – setting the black queen up for one last discovered attack.

The Opera Euro Rapid began Saturday as the third leg of the Meltwater Champions Chess Tour, a series of 10 elite online events spread across the 2021 calendar, organized by World Champion Magnus Carlsen and his Play Magnus Group. So was one of the original group of 16 Grandmasters invited to the kickoff event, the Skilling Open last November, and has earned automatic invitations to each successive event due to his performances. Each tournament begins with a three-day, round-robin preliminary between the 16 players, and then the top-8 performers move on to a knockout bracket to determine the winner. Advancing to the bracket earns all eight players an invitation to the next event, and eight new GMs are rotated in to keep the fields fresh.

Ironically, US Chess had its best representation yet in the Opera Euro – with four Americans invited to its 16-player field – though it was only So who made it through the preliminary stage, claiming the bracket's third seed by scoring 9/15 in the round robin. Both GMs Hikaru Nakamura and Sam Shankland narrowly missed qualification, finishing 9th and 10th place respectively. Shankland scored 7/15, missing eighth place by a half point. Nakamura, as the world’s No. 1 blitz and No. 4 rapid player who had reached the bracket stage in each of the first two events, was pushed out of eighth place by Russian GM Daniil Dubov due to tiebreaks. 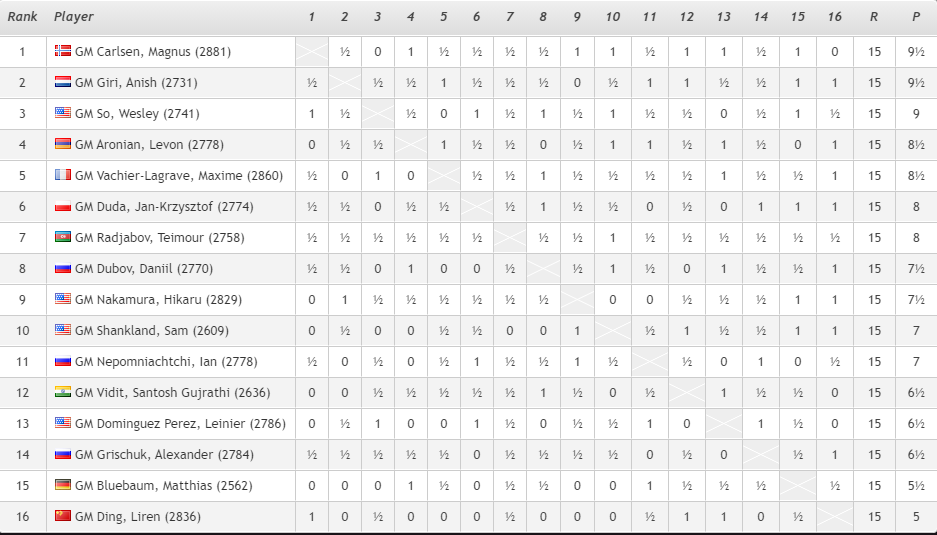 Even worse, Nakamura's miss of the bracket came largely from the round-robin's final round – at the hands of his fellow statesman, Shankland. The two were paired for the last game on Monday, Nakamura with the white pieces and needing only a draw to secure his place in the bracket. Worse still, at one point Nakamura appeared in complete command of the game and was cruising to victory, before fantastically stumbling.

Nakamura enjoyed easy development in a Rauzer Sicilian and was forcing Shankland’s pieces backward when the rooks started liquidation at 24. Rxc1+. Leaving Shankland without any hopes for aggression, Nakamura looked poised for a final assault on the black king with 34. Qh7 – though the effort was gone faster than it came. Nakamura's faulty line of attack allowed Shankland to offer a queen trade, which was refused by Nakamura at the expense of his e-pawn. Soon, Shankland’s queen was on the attack, with Nakamura’s 40. Bh4 coming as the howler, leaving his knight to be trapped on the rim. He never recovered.

Also appearing in the Opera Euro was GM Leinier Dominguez-Perez, who had a rough first two days in the preliminary stage but finished strong on Monday scoring 3.5/5, including three of his four wins in the event. His fourth win, in another case of American backstabbing, came over So in this Ruy Lopez Berlin on Sunday. It was one of only two losses for So through the preliminary stage.

The Opera Euro Rapid resumes with its semifinals on Thursday, with the first set of four games beginning at 11:00 a.m. eastern. The second set of games will be played Friday. So will play against Azerbaijani GM Teimour Radjabov, the winner of the last Champions Tour event, the Airthings Masters in December. The other side of the bracket pits French GM Maxime Vachier-Lagrave against Carlsen.