Reunions and Victories at the Chesapeake Open 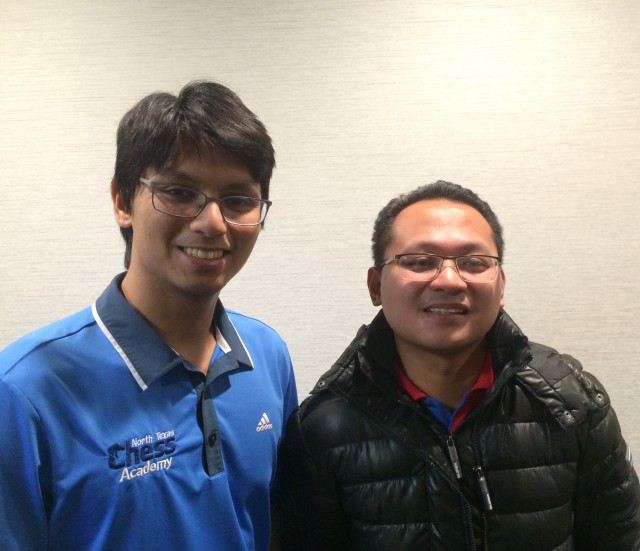 Julio Sadorra and Mark Paragua, the Chesapeake Open Co-champions
Rockville, Md. — When GM Julio C. Sadorra discovered that two childhood friends from the Philippines were registered to play in the 2017 Chesapeake Open, he decided to travel from Texas and surprise them at the tournament. The trip ended up being fruitful in more ways than one. Not only did Sadorra get to catch up with his fellow Filipino GMs, but he ended up tying for first place with one of them — GM Mark C. Paragua — after they both scored 6 out of 7 points. “It’s exciting. It’s nostalgic in a good way because no one knew that we would end up playing together, winning tournaments together, when we were just ten years old, twelve years old, playing the international kiddies,” Sadorra said. “I just said I’m going to show up and see them. I wanted to surprise them,” Sadorra said. “We ended up playing.” Sadorra said one of his most interesting games from the Chesapeake was his Round 4 game against his childhood buddy, GM Oliver Barbosa. For Sadorra — who entered the tournament as the highest rated player at 2703 — the win at the Chesapeake Open marks a continuation of an impressive record of winning in 2016 — a year in which he won first place in no less than nine tournaments. Sadorra has also been doing well abroad. For instance, he drew against World Champion Magnus Carlsen when Sadorra played him as a member of the Philippine team at the 2016 Chess Olympiad. “It shows us that he [Carlsen] is also human,” Sadorra said while chatting with IM Tegshsure Enkhbat after the post-mortem of their final round game, which Sadorra won. “We have chances,” Sadorra said in reference to the possibility of beating Carlsen. 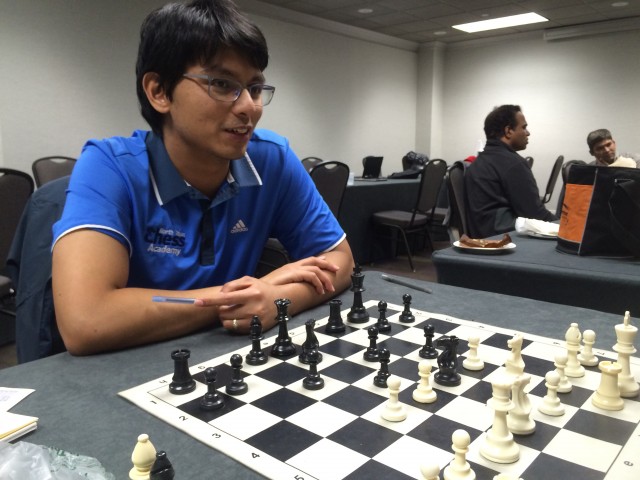 GM Sadorra during his post-mortem with IM Enkhbat
When Sadorra — a 2013 University of Texas at Dallas graduate in business administration — isn’t playing professionally, he gives private lessons or trains talented young players at the North Texas Chess Academy in Carrollton, Texas. Sadorra said he was drawn to the Chesapeake Open in part because he likes the point-based prize structure — a system in which prize money is based on how many points one scores, not which place one wins. “I think this point-based system is great for encouraging players of all kinds to play fighting chess,” Sadorra said. “It can reduce the amount of draws.” For instance, when Sadorra played Paragua, the game lasted well into the night until they drew. “It was just a good game, a very tactical game,” Paragua said. “In the opening, I think Julio was better.” Paragua — a chess instructor at Chess NYC — said he last saw Sadorra at the Manhattan Open and wasn’t entirely surprised to see him when he showed up at the Chesapeake. “I knew that Julio is playing in many tournaments,” Paragua said. Like many players in the Chesapeake Open, Sadorra had commendatory remarks for how TD Mike Regan ran the Chesapeake Open. Boards and pieces — including many wooden boards and pieces — were provided to the players and clocks were provided in the U1800 sections and higher. “I’d like to play in this event again,” Sadorra said. “I hope to do better, and I’m looking forward to (one of) Mike’s next tournaments, the Washington International.” Sadorra said he also liked the fact that the venue — the Rockville Hilton — was spacious and peaceful, and how pairings were posted about a half hour or so in advance, which enabled him to look up opponents’ games online to briefly study their styles. Did it pay off? “I think so,” Sadorra said. He said it paid off in a particular part of his Round 7 game against Enkhbat. “Because I knew he’s a strong defender, it forced me not to relax, not to let up, when I got a good position, to play my best until the end,” Sadorra said. Sadorra said he and his childhood friends all grew up idolizing Eugene Torre, Asia’s first grandmaster. “He’s a living legend in the Philippines,” Sadorra said. “We have him to look up to and the culture was great growing up.” Since Sadorra brought up Philippine chess greats, this US Chess News writer thought it only made sense to ask Sadorra about GM Wesley So, who recently achieved a 47-game no-loss streak. So switched from the Philippine Chess Federation to the US Chess Federation in 2014. “We grew up together as well. We support him. We’re happy for him,” said Sadorra, who said he remains in the Philippine Chess Federation out of love for his birth country. “No doubt, he’s going to be a world championship contender. More power to him. I hope he keeps reaping the fruits of his hard work.” 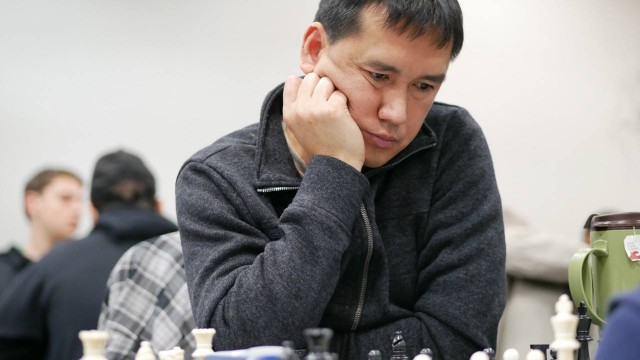 Ferdinand Supsup, 1st place in the U1800 section. Photo: Maryland Chess Association
Speaking of hard work, Ferdinand Supsup, of Ontario, who played in the U1800 section, was the only player at the Chesapeake Open to come within half a point of a perfect score. Supsup joined three friends — Eugene and Gary Hua and Joey Orozco — to make the trip to the Chesapeake Open. He said the tournament ended up being the first time he played on wooden boards. Supsup won $1,200 for scoring 6.5 out of 7 points, plus a $200 bonus for being in clear first place. “The point system you really have to try to win all your games because you win more,” said Supsup. Of his prize, he said, “I never expected it, but I think I’m lucky.” For complete standings, visit the Maryland Chess Association Website. 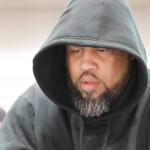 Well-written article, Jamaal. GM Sadorra is the Board 1 player of the Philippine team in the last Olympiad. The GM and his childhood friends, GMs Paragua and Barbosa are making their mark in the United States by teaching chess to future masters of this nation.