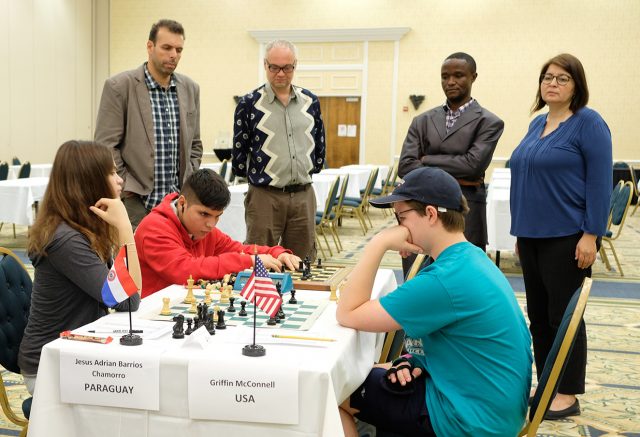 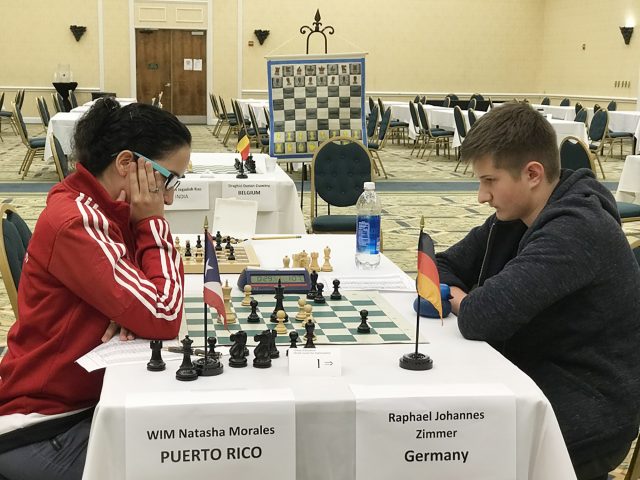 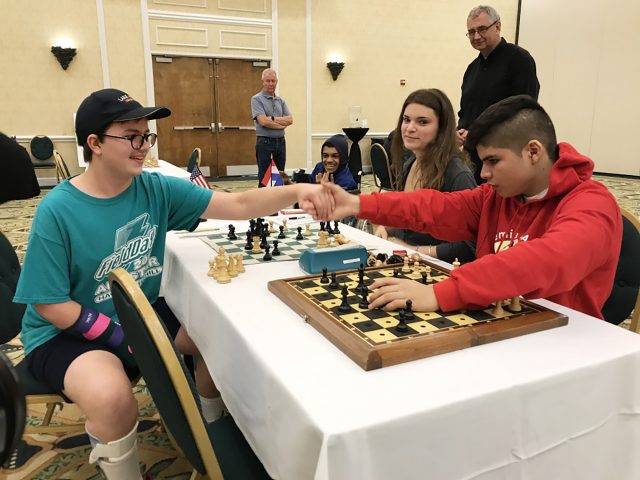 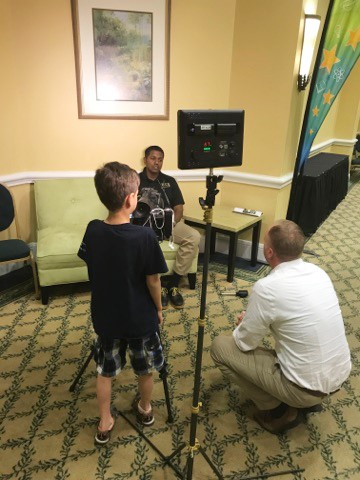 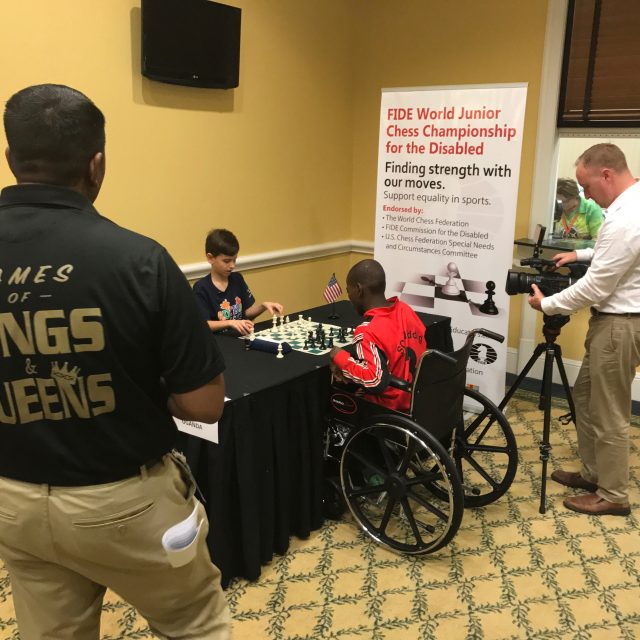 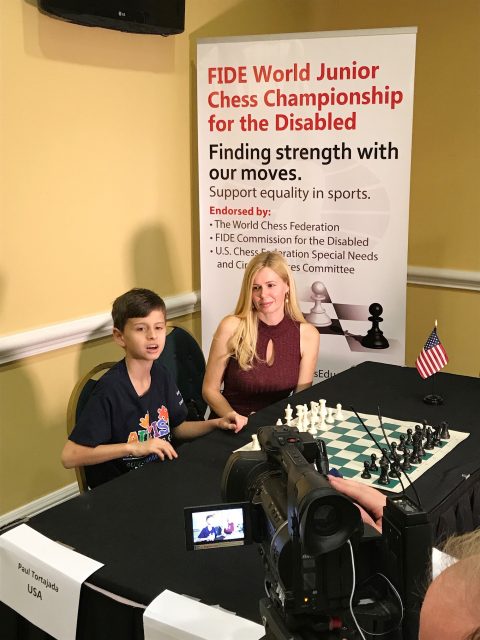 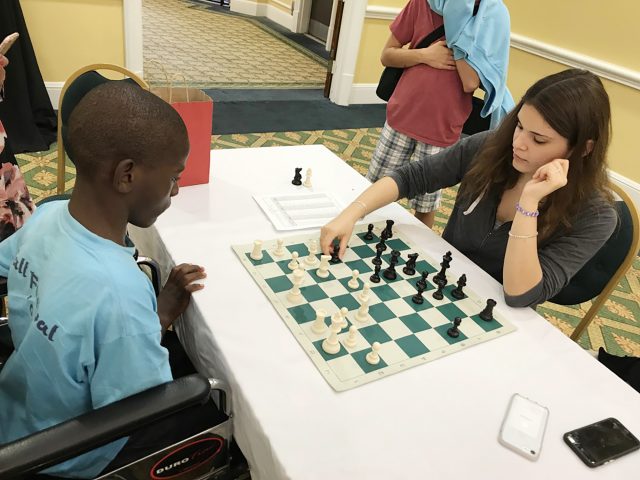 Aiya Cancio, volunteer; assists Wasswa (Uganda) with game analysis. Photo Copyright: Dora Leticia Martinez
Volunteers such as Aiya Cancio (right), a member of the 2015 National High School All Girls Championship Team, are extremely crucial for an event such as this because the players may not only require personal assistance but greatly benefit when the aide has a strong knowledge of the game and can go over their games as they prepare for the next round. 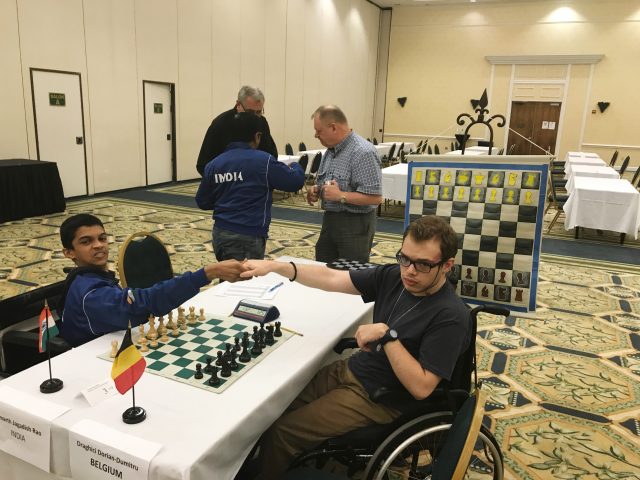 Samarth (India), currently in 2nd place with 5 points and Dorian (Belgium) after their round 6 game. Photo Copyright: Martha Underwood 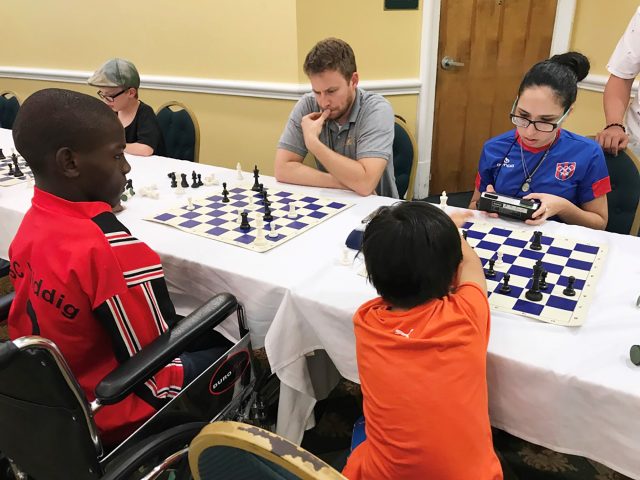