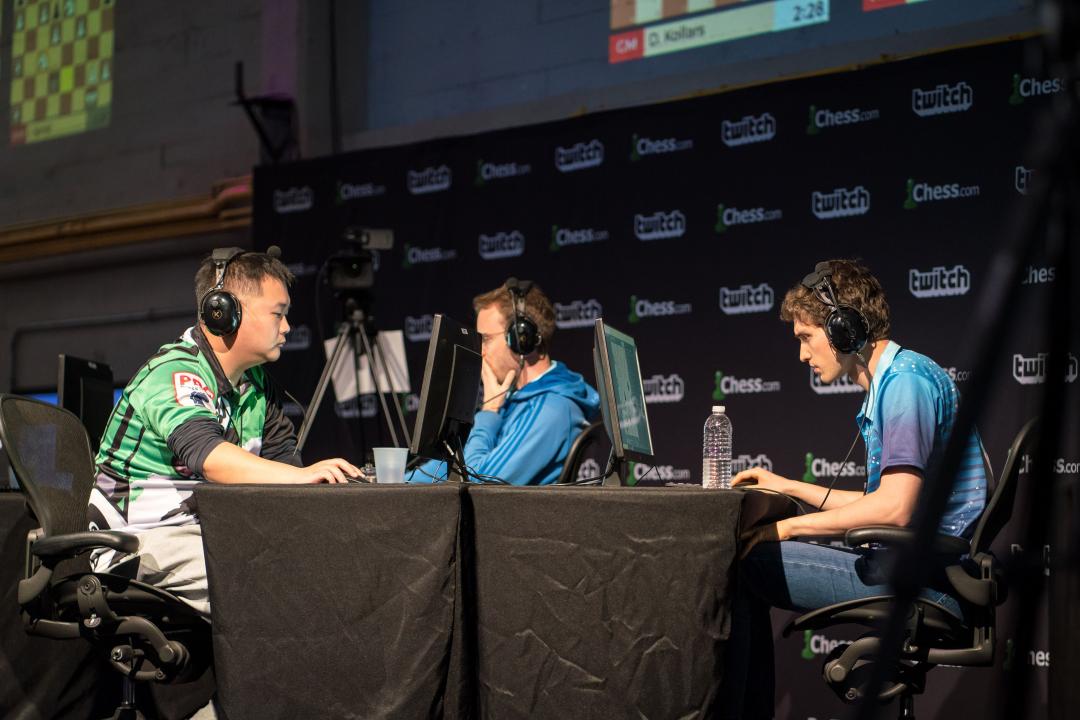 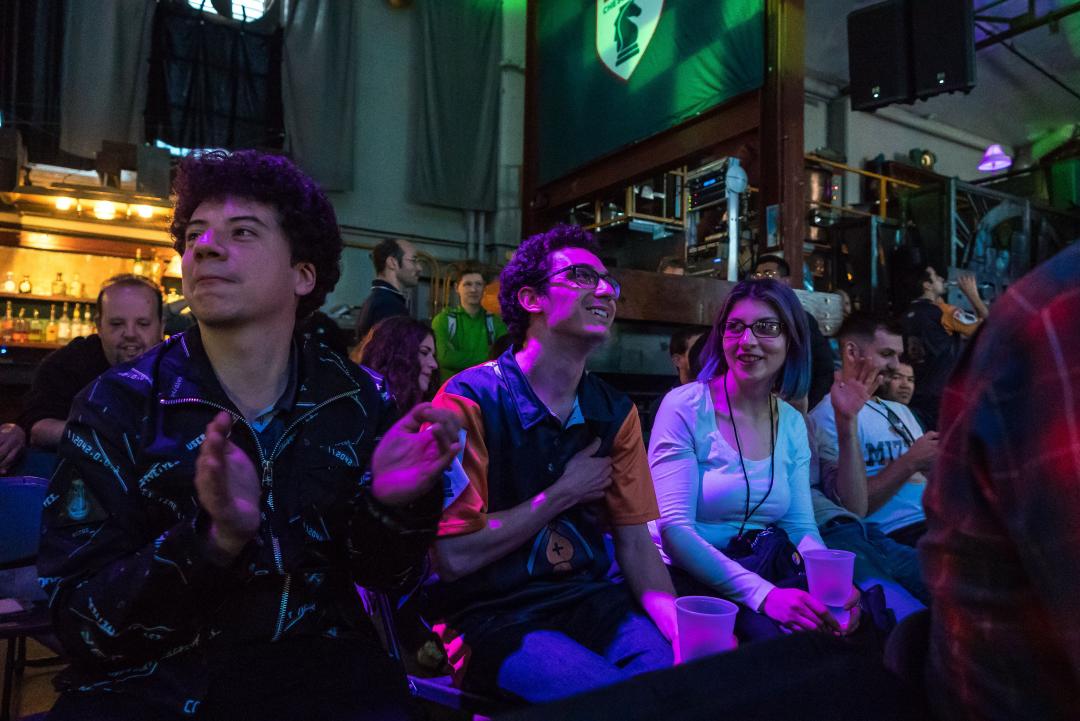 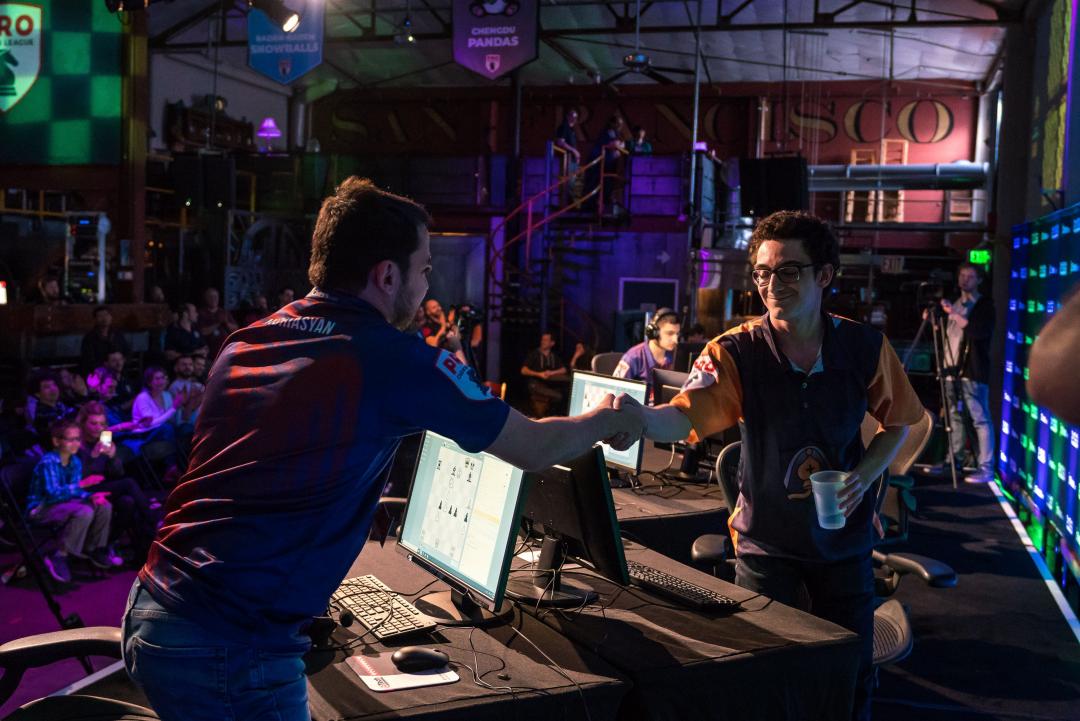 Zaven Andriasian and Fabiano Caruana. Photo: Eric Rosen/PRO Chess League.
The final day of 2019 PRO Chess League action goes down today, May 5th, starting at 9:30 AM PT with a third place match between the Chengdu Pandas and the Armenian Eagles. 2017 Champions the Saint Louis Archbishops, led by GM Fabiano Caruana, face off against the Baden-Baden Snowballs for the PCL title at 2 PM PT/5 PM ET. The dramatic live semifinals and finals matches take place in San Francisco at the Folsom Street Foundry and are streamed at https://www.twitch.tv/chess with commentary from GMs Robert Hess, IM Danny Rensch and Anna Rudolf with interviews by WFM Alexandra Botez. Players wear noise-cancelling headphones so that spectators can cheer and clap during the games. In the semifinals, the Snowballs defeated the Chengdu Pandas and the Archbishops toppled defending Champs, the Armenian Eagles. Watch a recap of the action below. https://twitter.com/chesscom/status/1125052856573124609 Also find FM Mike Klein's full report, with photos from IM Eric Rosen. https://twitter.com/PROChessLeague/status/1124937030952050689 Follow along on twitch.tv/chess and look for the results of the thrilling finale on CLO tomorrow.
SHARE: