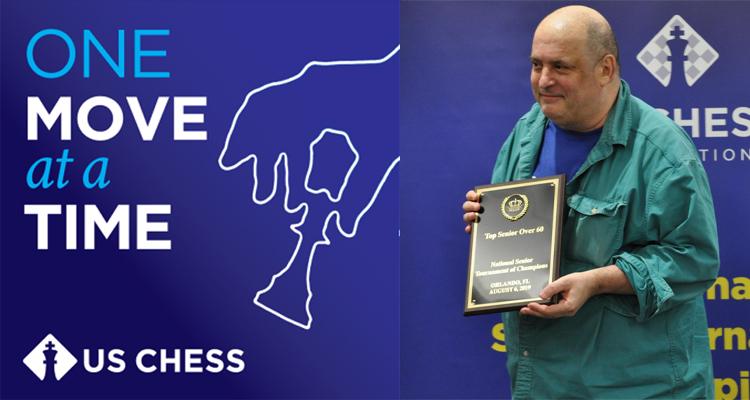 For the May edition of One Move at a Time, US Chess Senior Director of Strategic Communication Dan Lucas sits down with GM John Fedorowicz to discuss starting chess during the Fischer era, changes in chess culture over the last 50 years, playing in events around the world, and being a chess teacher and coach.

From his 2009 US Chess Hall of Fame induction plaque:

"Inspired to begin playing chess by the Fischer-Spassky World Championship match in 1972, "The Fed" won the National High School Championship in 1975, tied for the U.S. Junior Championship in 1977, and won the competition outright in 1978. Both before and after attaining the GM title in 1986, Fedorowicz was considered a force in American chess, taking the U.S. Open in 1980, the New York Open in 1989, the National Open in 1992, and qualifying for the U.S. Championship numerous times. He is also the winner of five World Open titles and has many international victories to his credit, including Cannes and Sesimbra in 1987 and Wijk aan Zee in 1990.

"Fedorowicz twice represented the U.S. in the World Chess Olympiad and captained both men's and women's Olympiad teams. He also has authored numerous chess articles and two books, The Complete Benko Gambit in 1990 and The English Attack, with Nick de Firmian, in 2004. A lifelong New Yorker, Fedorowicz spends much of his time teaching and participating in the city’s chess community, and has frequently served as a second and advisor to U.S. Champion Gata Kamsky."

“One Move at a Time,” is a monthly US Chess podcast in which Dan Lucas, the Senior Director of Strategic Communication, talks to people who are advancing the US Chess mission statement to “Empower people, enrich lives, and enhance communities through chess.”

Listen to the whole family of US Chess podcasts at https://new.uschess.org/podcasts or through the links below.