Nyzhnyk Wins Both the National Game 30 and Game 60 Championships 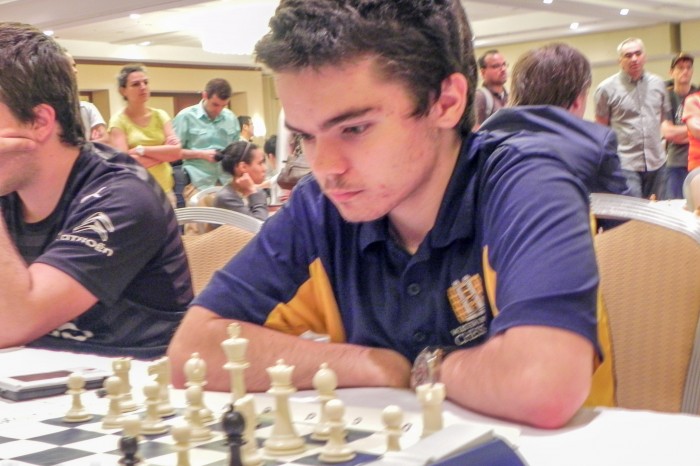 Bay Area Chess attracted 144 chess players on September 24, 2016 at San Mateo Convention Center for 2016 US National Game 30 Championship. The championship event drew 98 players, and the side scholastic event drew 46 players on a perfect California autumn day. Forty-one players in the Open section for fast time controls was more than anyone would have expected. Three Grandmasters, three International masters, one FIDE Master, and six National Masters. Overall, it was a strong showing for titled players in a G/30 event. Advait Budaraju, a local eleven year old, also played in the Open section, and stole the hearts of many players and spectators. Budaraju spent the last six months getting treated for severe burns. He played through discomfort and gained 11 rating points. NM Faik Aleskerov and GM Illia Nyzhnyk were the only two players who went into fourth round with perfect scores. GM Nyzhnyk emerged victorious and went into the last round with GM Zviad Izoria from New York, IM Keaton Kiewra, and IM John Bryant, all half point behind him. 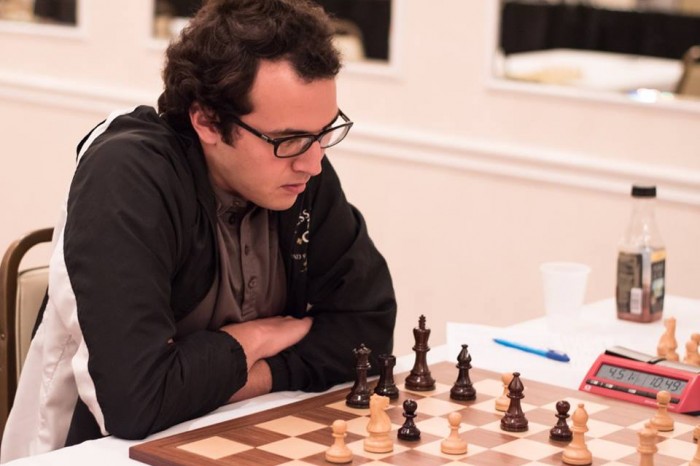 In the last round, GM Nyzhnyk held GM Izoria to a draw while IM Bryant won his game to tie for the first place with 4.5/5 and split $1,320 between them. GM Izoria, GM Cristian Chirila, and NM Arun Sharma tied for third place to split $240. GM Illia Nyzhnyk was born twenty years ago in Vinnytsia, Ukraine. He earned his final GM norm in 2010 to become one of the youngest Grandmasters in history, at the age of 14 years and 3 months. He is a SPICE student at Webster University. IM Bryant is GM Enrico Sevillano’s stepson, and both are regulars in National chess events. In the u1900 section, Aaron Thompson won clear first and $600 with 4.5/5. Shawna Shivakumar came in second with 4/5 and took home $240 and Nikhil Chatterjee came in third with 4/5 and took home $120. In Section u1600, Hubert Liu won $600 with 4.5 and clear first position. Allan Zhang and Nolan Yeo Zhou tied for second place to split $360. In Section u1300, Jason Fu won $600 with a perfect score and clear first position. Shreyas Rangan, Frederick Zhang, and Vijay Sridharan tied for third place to split $420.

The next day, the National Game 60 Championship drew 187 players total, including 164 entries for the main event and 23 entries for the scholastic side event (for youth rated under 1000). The first round started on schedule on a cool autumn morning, but the weather evolved into a warm sunny California day. The Open section contained 29 players, including two Grandmasters, three International Masters, one FIDE Master, and three National Masters. This is more than usual number of titled players in the Open section at a national tournament with short time controls. After the first two rounds, seven players had a perfect 2 points, causing some concern about more than player finishing with a perfect score. However, GM Christian Chirila, IM Keaton Kiewra, IM John Daniel Bryant, FM Cameron Wheeler, NM Arun Sharma, and NM Siddharth Banik drew their games leaving GM Illia Nyzhnyk with the only perfect score. 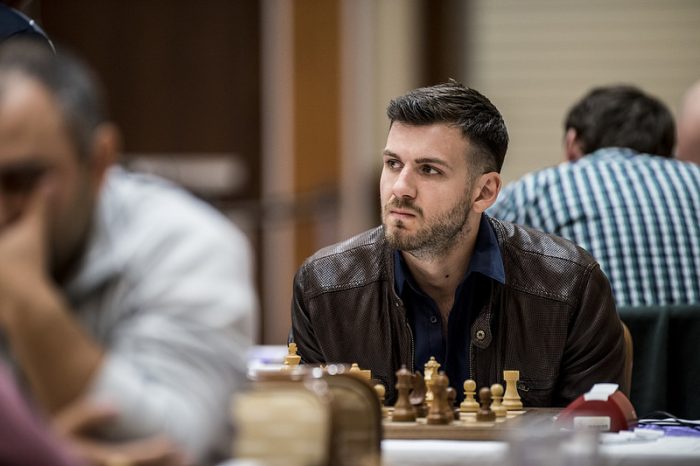 GM Chirila battled GM Nyzhnyk on board 1 in the last round but lost, giving GM Nyzhnyk the only perfect score and clear first for $720 prize money. Here is their game, annotated by the tournament winner, GM Nyzhnyk:

FM Wheeler and NM Banik won their last round to tie for second place and taking home $540 between them. In Section A, Brendyn Estolas and Henry Wang tied for first place with 3.5 points each and split $840 between them. Ashik Uzzaman and Dmitri Dobryn tied for the third place to split $180. In Section B, Aria Lakhmaniand Kunal Shrivastav tied for first place to split $840. Anthony Liu, Aghila Nachiappan, and Kevin Roberts tied for third place to split $180. In Section C, Shaaket Sivakumar won $600 with a clear first position. Allan Zhang and Ishan Aiyer tied for second place to split $360. In Section D, Min Zhou and Advait Namburi tied for first position and split $720. Allan Zhang and Ishan Aiyer tied for second place to split $360. Nicklaus Lo was the clear first in Section E to win $420. The scholastic section for players rated under 1000 attracted children from various schools and clubs. Srichara Guddanti (Section F), Connor Lee (Section G), Ryan Wang (Section H), and Nirmal Shiju (Section IJ) were clear first in their section. The championships were organized by Dr. Judit Sztaray and directed by NTD Tom Langland and NTD John McCumiskey. For more information, check out the full results, rating report, and photographs from the events.  The next national tournament in the Northern California area is the 2016 U.S. Class Championship on November 11-13.
SHARE: